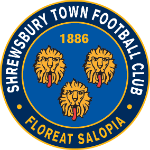 It was the young Millers who started with more intensity and they enjoyed some tidy spells of possession in the opening exchanges, but the visitors also kept the ball well as they showed glimpses of threatening.

With just five minutes on the clock it was Rotherham who pulled themselves ahead, however, as a long kick from Elliot Ellis sent Gratton through on goal. He raced in behind for planting a composed finish into the bottom corner.

The next opportunity came via a set piece as Gratton was hauled down on the edge of the box to win a free-kick for the Millers on 17 minutes. Joel Spence opted to lay it short for Wilfred Peel-Evans to let fly, but his effort drifted inches wide of the post.

As both teams battled for a foothold in the midfield, no clear-cut chances were created. Harrison Beeden did see a powerful shot blocked on 32 minutes before Tom Bloxham forced Ellis into a low save at his near post just seconds later up the other end, and Grosvenor curled one just wise on the stroke of half-time.

Following the restart, the Shrews attempted to probe for an equaliser but the home defence were organised to thwart them to very few sightings of goal. Grosvenor did let fly after 54 minutes, but Ellis denied him with a strong save.

Just four minutes later and the Millers doubled their advantage in some style. A low cross from Trialist found the feet of Peel-Evans who showed awareness to pick out Gratton, and he then applied the final touch to beat Sam Agius in the Shrewsbury goal.

It was almost 3-0 on 65 minutes as Jacques Etia blocked a clearance from the opposition goalkeeper and that sent the ball spiralling up into the air. Luke Hodgkinson was then able to bring it under the spell before sending a shot towards goal, only to see it rattle the crossbar from 25 yards.

One blow for the Millers came with just over 10 minutes remaining as goalkeeper Ellis attempted to come for a ball over the top. Charlie Caton got on the end of it first, but the Rotherham man also felt the brunt of it and he was forced off, leaving Peel-Evans to play the remainder of the game in goal.

He didn’t have too much to do during the final few moments, however, and Rotherham played their way to a deserved victory. Despite that, it wasn’t enough to secure passage into the next stages of the Central League Cup as the Millers failed to qualify from the group stages.