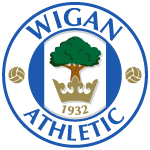 An extremely youthful Rotherham United side were defeated 9-0 by Wigan Athletic, who moved to the top of the Central League table with a win in the reserves on Tuesday afternoon.

With an Easter weekend double header on the horizon for the Millers’ first team, Academy coach Ciaran Toner was charged with leading a side made up of a number of 16-year-olds into the fixture in Lancashire against an impressive Latics side.

With both clubs in with a shout of getting their hands on the Central League title in 2018/19, it was the ruthless hosts that edged a step closer following a dominant performance which saw Charlie Jolley and Oliver Crankshaw both net hat-tricks, with Luke Burgess on target netting a brace and Joe Gelhadrt adding to the scoreline.

The young Millers side found themselves four goals down at the half time break, before the Latics added a further five following the restart to ensure that they leapfrogged their opponents to claim top spot in the table, with both sides having one fixture each left on the schedule.