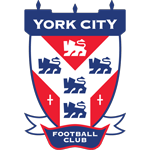 Rotherham United’s second string recorded another Central League victory on Tuesday afternoon as they overcame York City in a 3-1 win at Roundwood.

Mason Warren set the Millers on way with a perfectly-placed free kick before Jerry Yates doubled the hosts’ advantage before the break. The Minstermen pulled one back with a set piece of equally high quality from Trialist before substitute Joshua Kayode wrapped up the points with his header.

Both sides struggled to create any chances of note in the early exchanges at Roundwood and it was the home goalkeeper Laurence Bilboe who was first called into action. The opener looked likely when Alex Whittle drove into the box on 12 minutes, but he was denied by a solid save from the Millers’ keeper at his near post.

There wasn’t much further goalmouth action to report on until the hosts took the lead through Warren’s expertly taken free kick six minutes later. A foul on Tom Maguire 25 yards from goal paved the way for Warren to take charge of the set piece and he obliged with a wonderful curling effort that went up and over the wall and into the top corner to put his side ahead.

Just seconds later the visitors should have restored parity and they would have done so after Aaron Haswell turned a lovely ball around the corner into the path of Flynn McNaughton, who couldn’t keep his effort down one-on-one with Bilboe.

Bilboe came to the Millers rescue again soon after as York applied a spell of pressure, this time standing his ground to ensure that Trialist’s attempted lob didn’t catch him off guard in the area.

Having weathered a mini-storm from the Minstermen, the Millers struck again just after the half-hour mark. There looked to be little danger when Yates picked the ball up with his back to goal in the area, but a sharp turn and shot saw him find the bottom corner of Luke Simpson’s goal with his effort crossing the line via a deflection off the post.

Kuda Muskwe almost made it three shortly after the interval as he rose highest in the box to meet a cross from the right, but failed to generate enough power on his header to beat Simpson, who got down to make a smart save.

York did manage to pull one back on 53 minutes and it was another set piece that yielded the goal. The York City trialist’s effort from 20 yards out was again precisely measured, beating the Millers wall before evading the outstretched arm of Bilboe.

Ben Wiles almost restored the home team’s two goal cushion as he applied a deft flick to Reece McGinley’s centre from the left flank, but had to watch on as his backheeled effort flashed just wide of the far post with Muskwe also close to converting.

Bilboe made two further saves of note to preserve his side’s advantage with the most impressive coming from Whittle’s strike in the area, having already denied McNaughton at a similar opportunity.

Just over five minutes from time Joshua Kayode added gloss to the scoreline with an effort that needed the referee’s assistant’s intervention to signal the goal. The newly-signed professional met a cross in the box with a header, which bounced against the post before trickling over the line with the linesman flagging for the goal as York frantically hoisted the ball clear.