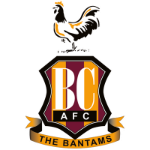 Rotherham United returned to winning ways in the Central League after a 2-0 success over Bradford City at Roundwood.

Goals from Akeem Hinds and Jerry Yates were backed up by a clean sheet on a good day for the Millers’ second string.

A youthful looking side was given a sprinkling of experience with the likes of Ben Purrington, Lewis Price and Yates all included, as the Millers put in a solid display in a thoroughly deserved victory.

Rotherham showed their intent early on and went close to breaking the deadlock when a low cross from the left just evaded Joshua Kayode who just failed to connect at full-stretch.

Fellow youngster Tom Maguire was next to go close after cutting in from the left, but his fierce strike took a deflection before going just wide of the far post. Yates showed great fleet-of-foot to then burst into the area before being denied at the near post after a good save from Lukas Raeder.

The early pressure soon paid off when Hinds connected with a cross to the back post to give the Millers a deserved lead.

Kayode almost doubled the advantage on 16 minutes but his header was well kept out by Raeder.

Price in the Rotherham goal had little to do, but he had to be alert on 23 minutes when Cameron Hawkes’ powerful drive threatened to equalise for the Bantams.

Before the break Yates tested the ‘keeper with a shot from 20 yards, before the same player threatened again seconds later putting an effort just wide after swiveling in the area.

On 42 minutes the Millers did add a second goal when Kayode was hacked down in the box, allowing Yates to tuck home the spot kick.

After the break Price made a smart save low down to deny Ellis Hudson as Bradford looked for a way back into the contest.

Despite an imporvement from the visitors it looked as though the Millers would add to their tally but Daniel Devine made a great recovery challenge to deny Yates.

It should have been three just passed the hour mark but Jake Southern-Cooper’s effort from point blank range was brilliantly stopped by Raeder.

Late on Purrington went close when his looping header from Jack Osborne’s centre dropped just wide of the far post.