Millers make it two out of two in PJT

Rotherham United made it two wins out of two in the Papa John’s Trophy to all but mathematically book their safe passage into the knockout stages of the competition.

Paul Warne’s side were pushed all the way by Sky Bet League Two outfit Scunthorpe United at a rain-soaked AESSEAL New York Stadium but first half strikes from Will Grigg, in typical predatory fashion, and Freddie Ladapo put them in charge of the contest.

The Millers were aiming to build on their handsome opening group stage victory over Doncaster Rovers, for the visit of the North Lincolnshire outfit.

Warne fielded a strong looking line-up with several members of the weekend league win over Cheltenham Town retained for the Group E clash.

The Millers made the perfect start by opening the scoring with their first real attack of note on eight minutes.

The home side successfully switched play to great effect and Wes Harding cut inside before delivering a cross with his weaker left-foot, and the ball floated over the attentions of an Iron defender, and Grigg had cleverly ghosted away from his marker, to adjust his feet, and skilfully guide the ball into the bottom corner of the net from point-blank range, giving Rory Watson in the away goal no chance.

Grigg’s goal was his third in three games, and his second goal of the competition.

Warne’s side were buoyed by the breakthrough and Harding planted another cross which appeared to hold up in the wind, and Watson was somewhat fortunate, as the ball smacked the top of the crossbar, before falling out of play.

Harding was proving a thorn in the Iron’s side with his right flank deliveries, and Hull was the latest recipient of another pinpoint centre when he headed harmlessly wide of the target.

The Millers were sensing an opportunity to take a firm grip on the tie, and they doubled their lead with 20 minutes on the clock.

Kieran Sadlier and Grigg combined smartly to split open the Scunthorpe rearguard and although the former’s cross flew to the far post, Tolaji Bola picked up the pieces before putting the ball back into the danger area and Ladapo timed his aerial jump to perfection, to nod the ball past Watson and find the heart of the Iron goal.

Scunthorpe had their first shot in anger, just before the half hour mark, when Devarn Green flashed a long range effort wide before Josh Vickers was called into action for the first time when Loft got the better of a duel with Michael Ihiekwe before firing goalwards, but the former Lincoln ‘keeper was his equal with a smart stop.

The Iron were having their best spell of the game and Loft’s snap shot was deflected behind by Dan Barlaser before Harry Wood’s half-volley swung away from the target.

Both sides traded chances near the end of the half when firstly Harding showed clever footwork to leave Lewis Thompson in his wake before darting into the box but Grigg was unable to divert his cross goalwards, under pressure from former Miller Manny Onariase before Jordan Hallam came close to halving the deficit, at the other end, following a slick visitors move involving Loft, but Vickers came up trumps, by blocking his close range shot, at close quarters, to preserve the Millers two-goal advantage at the break.

The Iron were looking for a foothold back in the game and it almost came when Green’s slide-rule pass gave Hallam, a glimpse of goal, but Hull showed his defensive instincts to put in a timely tackle, just yards out.

Minutes later, Green fired over from the edge of the box before Hakeem Odoffin saw yellow, joining Wood and Ross Millen in the book, who were cautioned in the first-half for the visitors.

The Sky Bet League Two outfit were having the better of proceedings, either side of the interval, and Green blazed over from a promising position following good build-up by Loft.

The Millers made a triple substitution around the hour mark, and it almost paid immediate dividends when two of the trio were involved in a move which saw Ollie Rathbone almost put Ben Wiles in the clear, but the ball skidded away from the Rawmarsh-born midfielder.

However, Scunthorpe were refusing to throw in the towel and they deservedly reduced the arrears with 25 minutes to go when Rotherham failed to clear the danger and Wood put a delicious ball into the box, and Loft, who was impressive throughout, got on the wrong side of his marker, before stroking the ball home from close range.

Neil Cox’s side were back in the contest, and the Millers goal led a charmed life when Hallam swung an inviting free-kick into the box, and Onariase ghosted in almost unnoticed, but he failed to make a telling touch, despite having the goal at his mercy.

The moment proved crucial when Rotherham added a match winning third goal, with seven minutes to go, when Sadlier’s pull back paved the way for Odoffin to drill a low shot from distance, which skimmed off the slick AESSEAL New York Stadium surface, and it beat the outstretched hand of Watson to find the far corner of the net.

Odoffin celebrated his first goal in Rotherham colours, in front of the East Stand, and sub Michael Smith kept up his rich vein of form infront of goal with a rifled finish, in stoppage time, and put a bit of gloss on the final score line. 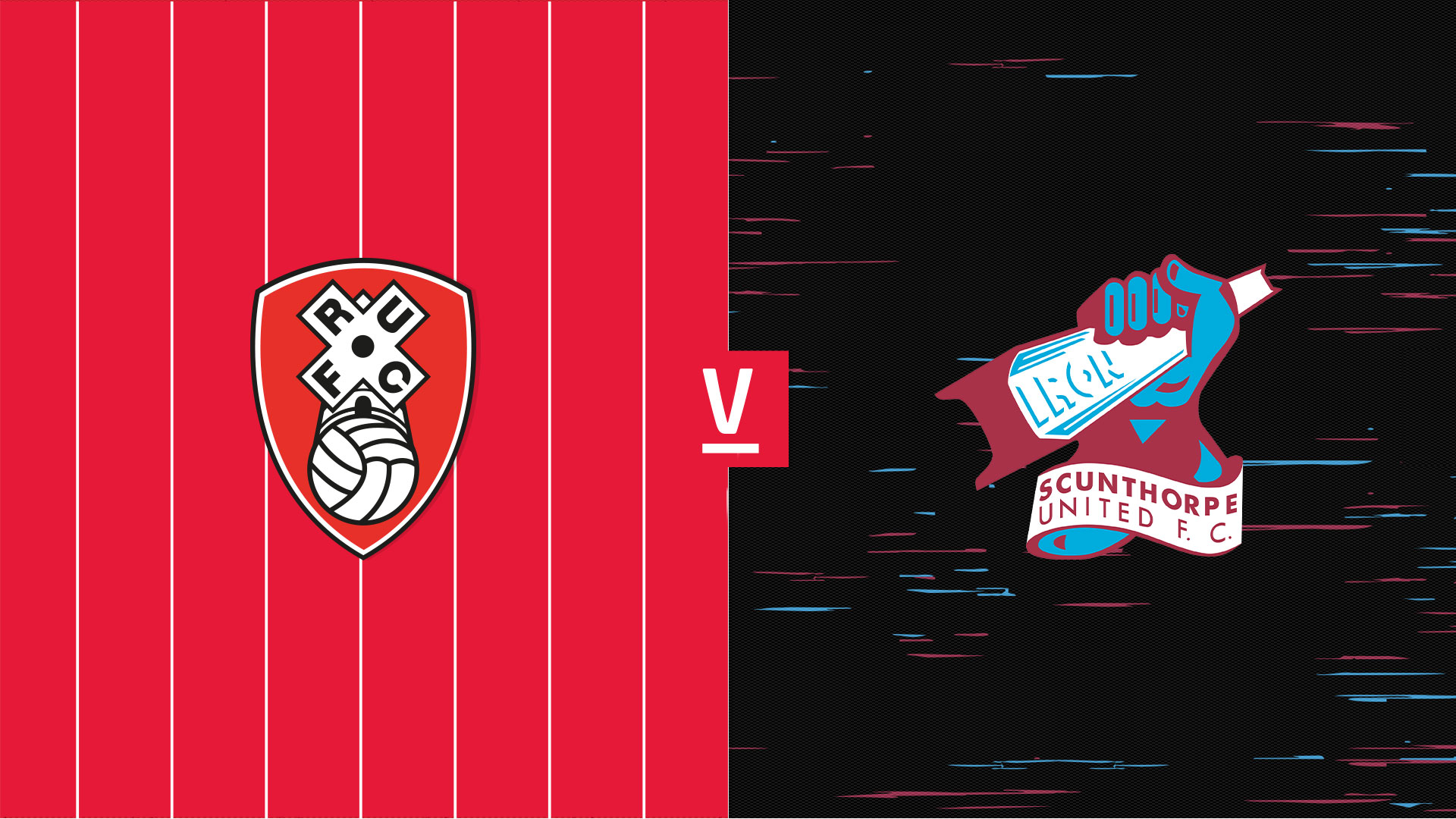 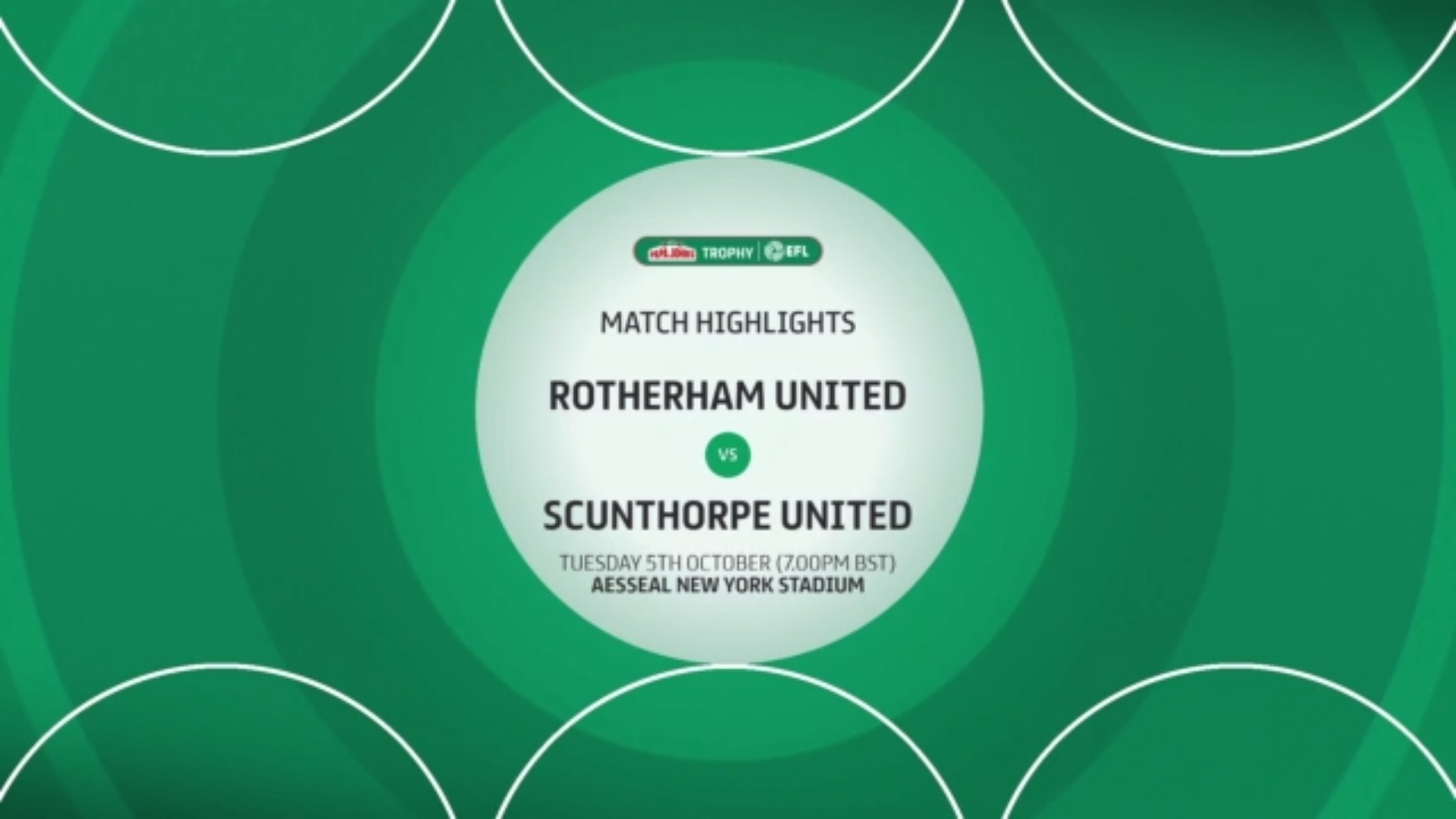 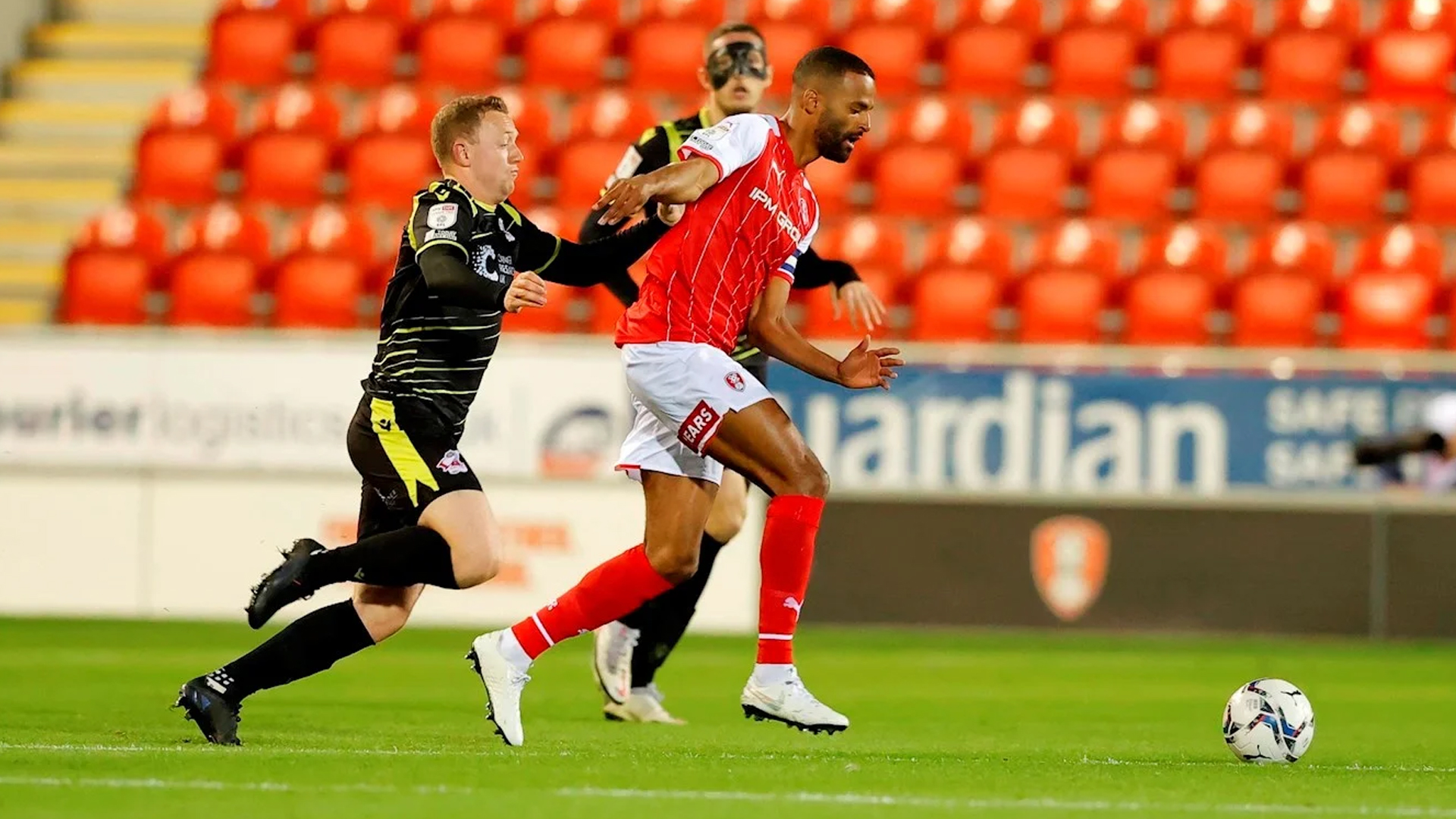