Rotherham United breezed into the knockout stages of the Papa John’s Trophy following a comfortable victory over Manchester City Under-21s, thanks to five second-half goals.

The Millers, who fielded a mixture of youth and experience, made it three out of three in the group stages, following handsome wins over Doncaster Rovers and Scunthorpe United, and booked a home tie in the process.

Against City’s youngsters, Will Grigg popped up with the opener, soon after his half-time introduction, before Kieran Sadlier scored from the spot.

Youngster Jake Hull capped a fine personal performance, with a near post header, for a third goal before Sadlier put the gloss on the score line with his second and third-goals of the evening, with the latter being a superbly struck free-kick.

Hull continued his stint at the heart of the Rotherham rearguard following his earlier appearances in the competition.

Thurcroft-born youngster Jacob Gratton, who is on loan at Guiseley with Hull, was given his first Millers start, following a cameo appearance at the Keepmoat Stadium while centre-midfielder Curtis Durose was handed his first minutes in Millers colours.

The Millers had the first shot in anger when Freddie Ladapo had two bites of the cherry, in shooting at goal, from the edge of the box, but his efforts were blocked by Luke Mbete and Finley Burns, respectively.

In a move reminiscent of the City first-team whereby they push three men forward from a goal kick, with two of those players hogging the touchline, Cieran Slicker launched a punt up field, and Micah Hamilton was the grateful recipient, as he darted into the box before firing an effort which was straight down the throat of a returning Viktor Johansson.

Both teams traded chances when Hakeem Odoffin fired a snap shot from distance which stung the palms of Slicker, who gathered at the second attempt, before Liam Delap blasted over, at the other end, following good work by James McAtee, in the build-up.

The Millers came close when Tolaji Bola nodded narrowly wide, following a cross from the right flank before City’s attempts to play from the back almost proved their undoing when Josh Kayode had a sniff of goal, before having his heels clipped by Mbete, but the referee waved away home appeals for a spot kick.

City had a decent spell when Shea Charles blasted over from the edge of the box before Delap did the same, in the next phase of play.

Despite the low-key nature of the game, Sadlier saw yellow for a late clip on McAtee, before Rotherham’s Durose and Gratton had shots blocked on the edge of the box.

From the resultant corner, Hull harmlessly headed over before Sadlier tried his luck from distance, but his long range effort failed to trouble Slicker, in the visitors’ goal.

Rotherham had faint protests for a penalty when Gratton appeared to be felled by Josh Wilson-Esbrand in the box, but, once again, the referee was having none of it.

Minutes later, Durose injected pace into a home move, before exchanging passes with Ladapo, to strike goalwards, but his low effort lacked power, and City were able to clear the danger.

Just shy of the break, Kayode incurred the wrath of the official, by clipping Romeo Lavia, to find himself in the book and Durose soon joined him, for an innocuous pull-back, deep in the City half.

Warne introduced Grigg, at the interval, with the Sunderland loanee ineligible to face his parent club at the weekend- and Ladapo, who was replaced, his most likely replacement against the Black Cats.

City were quick out of the blocks at the start of the second half and Oscar Bobb’s slide-rule pass put McAtee in the clear, but Johansson won the battle of wills, in the one-on-one situation.

However it was Rotherham, who broke the deadlock, seven minutes into the half, when the home side worked an opening from the right flank, and Sadlier took aim from long range, to drill a low effort, and Grigg showed his predatory instincts, by being in the right place at the right time, to smartly get a decisive nick on the ball en-route to goal, and Slicker was helpless, as the ball found the heart of the City goal.

The Millers were boosted by the opener and they came close to doubling their lead when Kayode rose highest to meet Mickel Miller’s corner, and nod goalwards, but his point-blank effort was blocked by the masse of bodies in the box.

Both sides came close to getting themselves on the scoresheet when sub Kayky fired over when it looked easier to score, following impressive play by the lively McAtee before Sadlier was the beneficiary of some sloppy defensive work by the visitors, at the other end, but his poor finish ended up in the empty North Stand.

City were knocking on the door – without providing the killer touch – and this was in evidence again when Johansson bravely blocked McAtee’s close range effort before Nico O’Reilly blazed over with the goal at his mercy.

The Millers squandered an opportunity to tighten their grip on the game when good work from Grigg on halfway paved the way for Sadlier to dart clear, but Slicker stood up tall to divert his tame effort to safety.

However, Rotherham and Sadlier were not to be denied, as they doubled their lead, just past the hour mark.

The Millers worked the ball from the left channel and Kayode looked to take advantage before being flattened by Burns in the box, and the referee had no hesitation in pointing to the spot.

Sadlier banished any previous penalty woes at the AESSEAL New York Stadium, by calmly wrong footing Slicker, to put the ball into the other corner of the net from 12 yards.

The Millers were now in the mood, and they soon made it three, when Miller planted a near post corner into the danger area, and, Hull, who got on the mark at the Keepmoat Stadium, was at it again, when he got a slight glance to his centre, and Slicker was in no position to keep the ball out, from close range.

With the home side now in charge, Rotherham handed another couple of debuts, with McGuckin and Warne, son of manager Paul, being given the chance to impress in first-team action.

Manchester City were finding that Johansson was a tough nut to crack between the sticks – with O’Reilly denied by a fine point-blank save from the Swede before Rotherham added a fourth goal when a left-wing cross was smartly cushioned by McGuckin into the path of Sadlier, who made no mistake, by firing home with an instinctive finish.

The former Doncaster Rovers playmaker capped a man-of-the-match display, with a hat-trick goal, in the dying minutes when he made City pay for conceding a free-kick in an inviting position, and he exacted retribution by curling a delightful effort over the visitors wall and into the roof of the City net giving Slicker no chance. 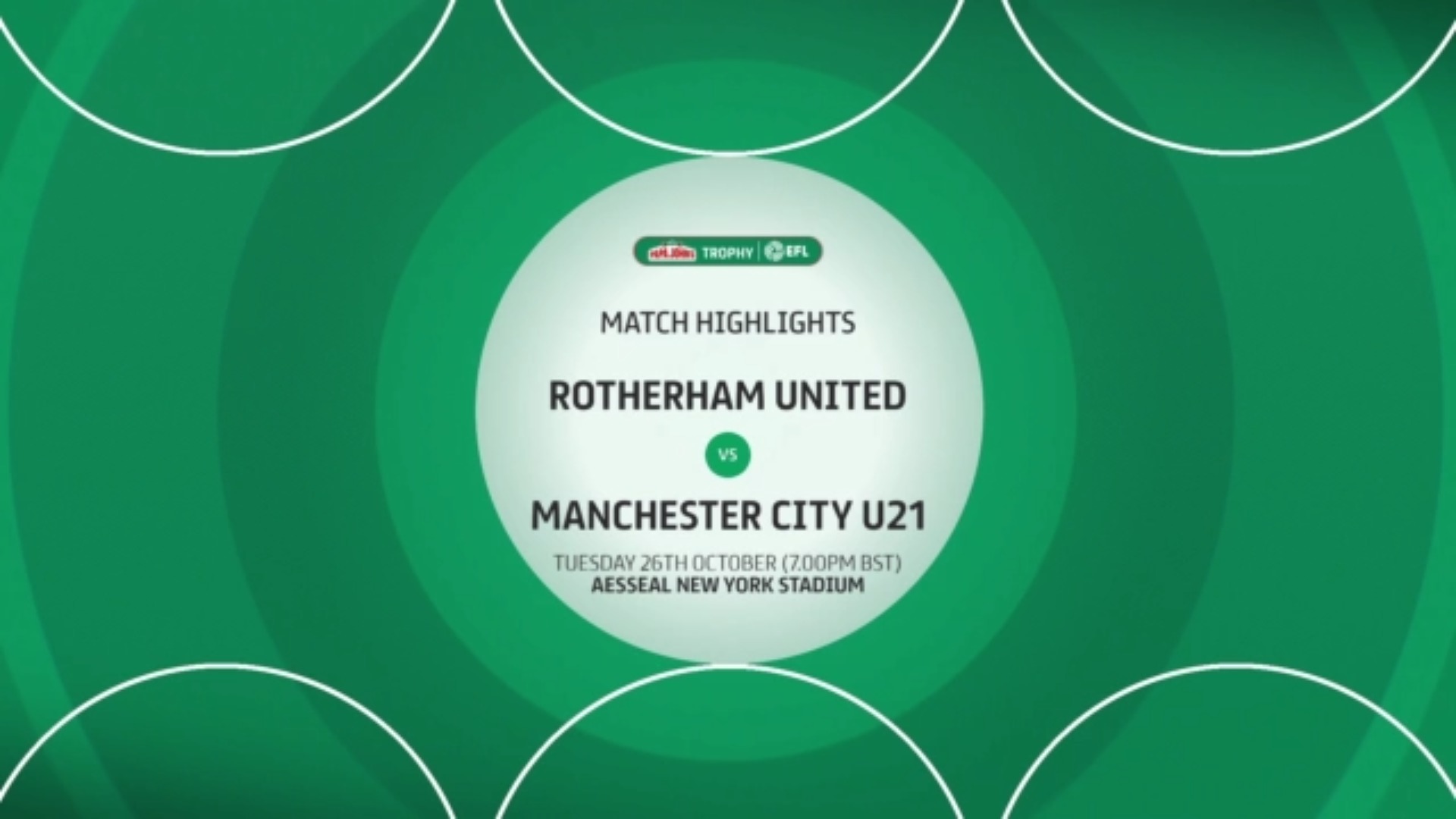 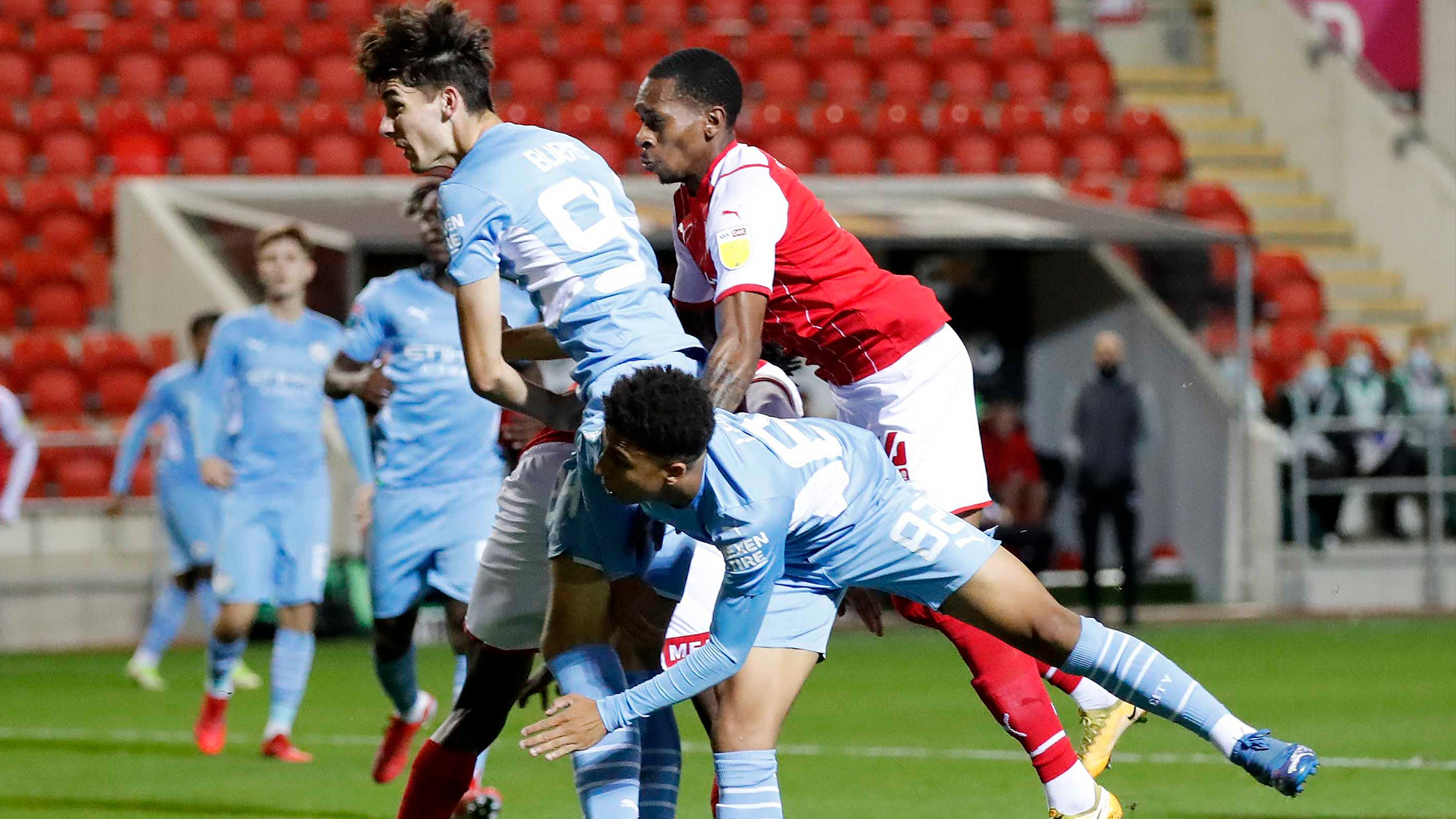 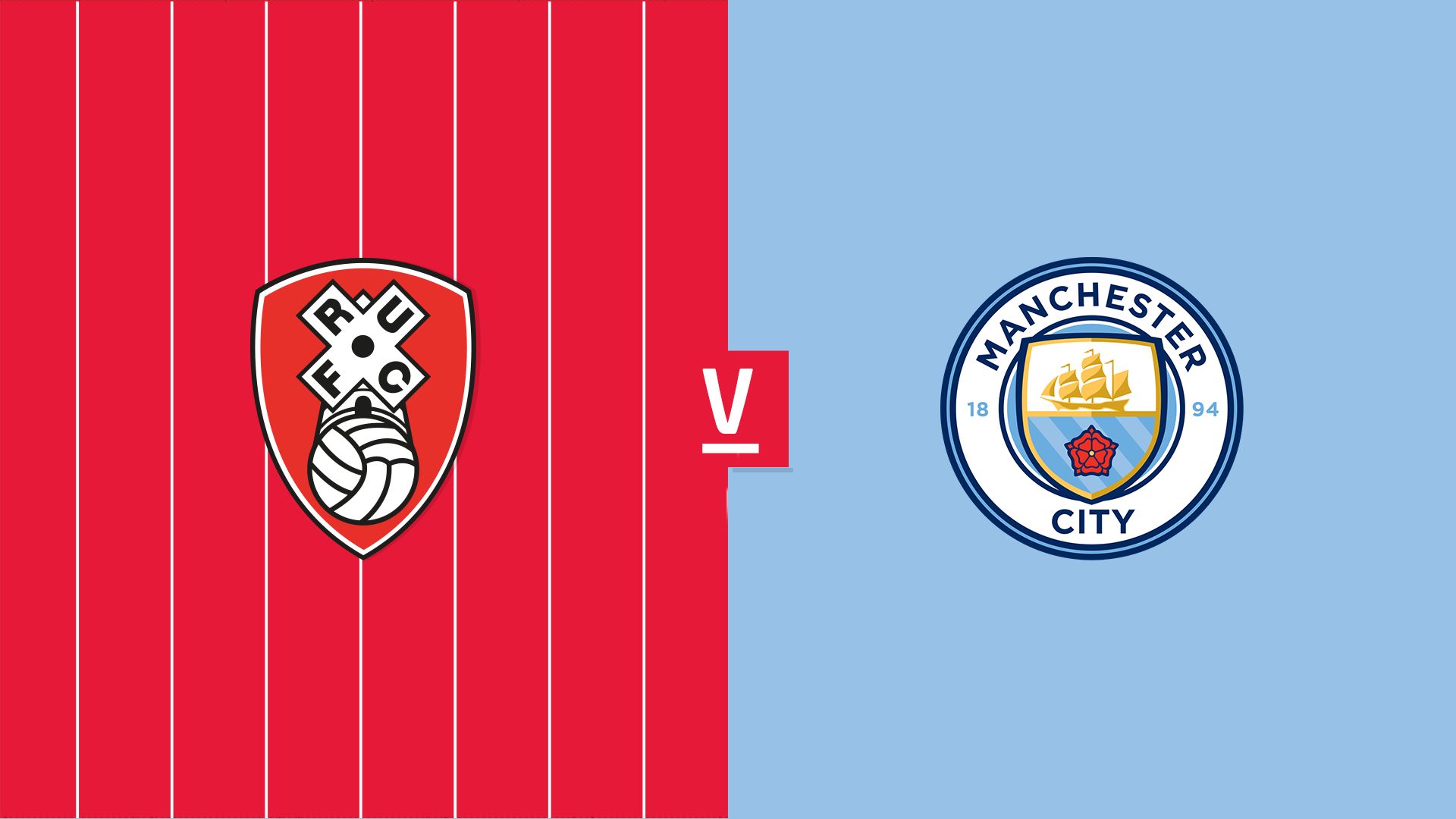