Rotherham United kept up their fine run of form of late in Sky Bet League One, by earning an eye-catching victory over Milton Keynes Dons.

The Millers travelling contingent were in fine voice in Buckinghamshire as skipper Michael Ihiekwe put them in front at the interval, before Dan Barlaser, straight from a corner, and sub Freddie Ladapo added second-half goals to put the gloss on a polished Rotherham performance on the road.

The visitors made the trip in good heart following a four point home haul following a handsome victory over Portsmouth, and a goalless draw with Wycombe Wanderers, last time out.

Following an impressive league debut against the Chairboys, boss Paul Warne kept faith with Josh Vickers between the sticks while Ihiekwe was recalled, at the expense of Richard Wood.

Republic of Ireland winger Chiedozie Ogbene also returned to the starting eleven, and was asked to provide the ammunition from the right flank.

The Millers settled into the Stadium:MK affair well and they came within a coat of paint of breaking the deadlock within four minutes, in their first foray of note.

Barlaser planted a ball forward and despite the home side vainly appealing for offside, Michael Smith got the ball under his spell, and after neglecting the option of finding Will Grigg in the middle, the in-form frontman, showed he was high on confidence, by clipping a delicate effort which had Andrew Fisher backtracking nervously towards his own goal, as it hit the top of the crossbar, before rolling agonisingly to safety.

The Dons had their first shot in anger when Peter Kioso embarked on a marauding run and after exchanging passes with a home attacker, he burst into the box, but fortunately for the Millers, his low effort flew across the visitors’ goal.

In a lively opening to the game, Rotherham pounced on an error from David Kasumu and Ogbene latched onto the pieces to deliver a centre which fell invitingly for Ben Wiles, and the Rotherham midfielder weighed up his options, before curling a right-footed effort, which had Fisher rooted to the spot, but grazed the home upright.

Ogbene was proving a menace on the wide expanses of the Stadium:MK pitch and home skipper Dean Lewington was fortunate to escape sanction for hauling him down in full flow before Ihiekwe looped a header narrowly over, and it may have clipped the top of the woodwork, as Fisher guided the ball to safety, following Barlaser’s caressed corner.

Minutes later, Mo Eisa had a glimpse of goal, during a one-on-one with Ihiekwe, but the home frontman failed to cash in on his left-foot, and the Millers captain put in a timely tackle to snuff out the danger.

The home side were having their best spell of the half, and Ollie Rathbone lost his cool to upend Scott Twine in an inviting position but the MK playmaker failed to make it count from the resultant free-kick, when his effort flew harmlessly wide of the Millers goal.

Just before the half-hour mark, Rotherham were rewarded for their fine opening to the game, by opening the scoring.

There looked little danger for the hosts until Ogbene found himself going into a cul-de-sac before pulling the ball back to Barlaser, who put in a lovely ball into the box, and with no MK Dons defenders in attendance, Ihiekwe got his head onto his centre, to nod goalwards, and with Fisher in no-man’s land, the ball floated into the heart of the home goal, to the delight of the large, vocal travelling contingent, at the other end of the ground.

The Millers were buoyed by the breakthrough, and they squandered an opportunity to make it two, soon after, when Wiles’ slide-rule pass put Grigg away, but the former MK Dons loanee, failed to make the most of the opening, as his over hit pass skipped away from the attentions of Smith, who would have had a clean run on goal.

The MK Dons defence were guilty of overplaying at the back on a number of occasions and Zak Jules’ poor pass put Harry Darling in trouble, and Grigg squeezed the ball forward, but Smith was let down by his touch, as he looked to advance on goal, and Fisher was quick off his line to diffuse the danger.

The Millers had a scare when Kasumu fired a snap shot from the edge of the box, which whistled narrowly over before Rotherham had back-to-back opportunities to take a firm grip on the game, but failed to make the best of them.

Firstly, Ogbene fired into the MK Dons fans behind the goal, following good work by Wiles in the build-up before Shane Ferguson and Barlaser combined smartly, as the former fizzed a centre which was met by the head of Smith, just yards out, but he could not control his effort, as it flew wide.

In first half stoppage time, MK Dons squandered a gilt-edged chance to get back on level terms when a wayward home header fell into the path of Twine, whose goalbound shot was deflected into the path of Jules, who headed over, when in truth it looked easier to score.

The Millers started the second half in a positive vein and there was a moment of controversy when Kioso’s pass back was almost intercepted by Wiles, but Fisher raced from his line to collect the ball with his hands - although the Rotherham fans and coaching staff were appealing for a back pass award, which never came.

Minutes later, Ferguson delivered a delicious corner which saw Ihiekwe rise highest to nod towards goal, but Fisher kept the ball out on his own goal line before a home defender scrambled the ball to safety.

Just before the hour mark, Twine stung the palms of Vickers with a long range free-kick, after the home midfielder was felled by Rathbone, on the edge of the box before Ogbene was well-stationed to deny Kioso, with a fine backtracking run.

The game was finely poised at this stage but Rotherham took control of the Stadium:MK affair, by doubling their lead with 24 minutes to go.

The visitors won a corner, and Barlaser, as he so often did in the first half, put a ball into the danger area, and underneath the home crossbar, and despite Smith being in the vicinity, the ball appeared to go straight in from his centre. The Millers’ players raced over to the former Newcastle midfielder to pass on their congratulations - although the MK Dons stadium announcer credited the goal to Smith.

The Millers were going for the jugular and after Harding’s effort was straight down the throat of Fisher, the visiting fans were back on their feet for a third goal, six minutes later.

The home side failed to clear the danger, and the ball fell invitingly for Ladapo in a central position and the Millers substitute made no mistake to fire home, and wrong foot Fisher in the process. 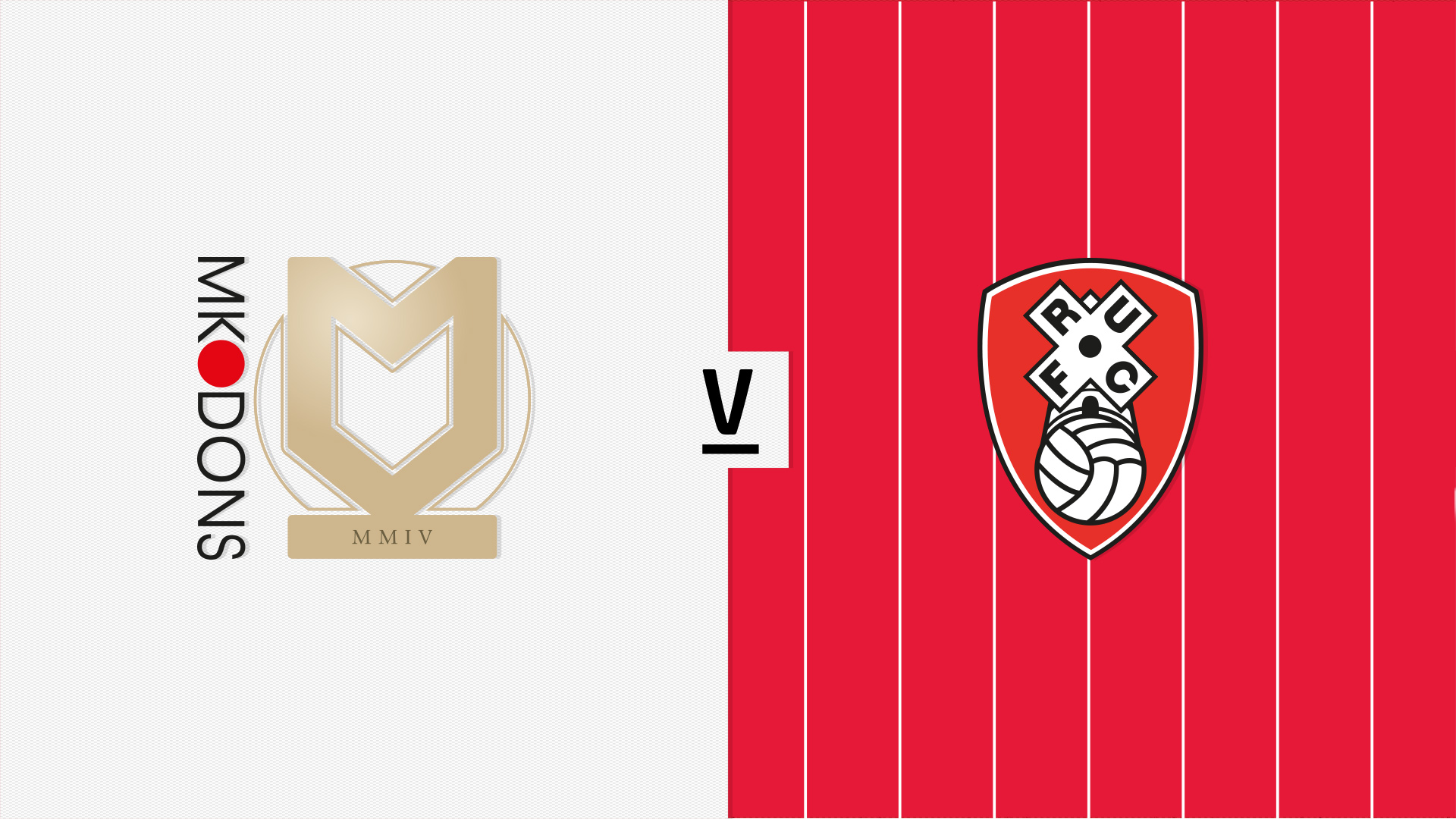 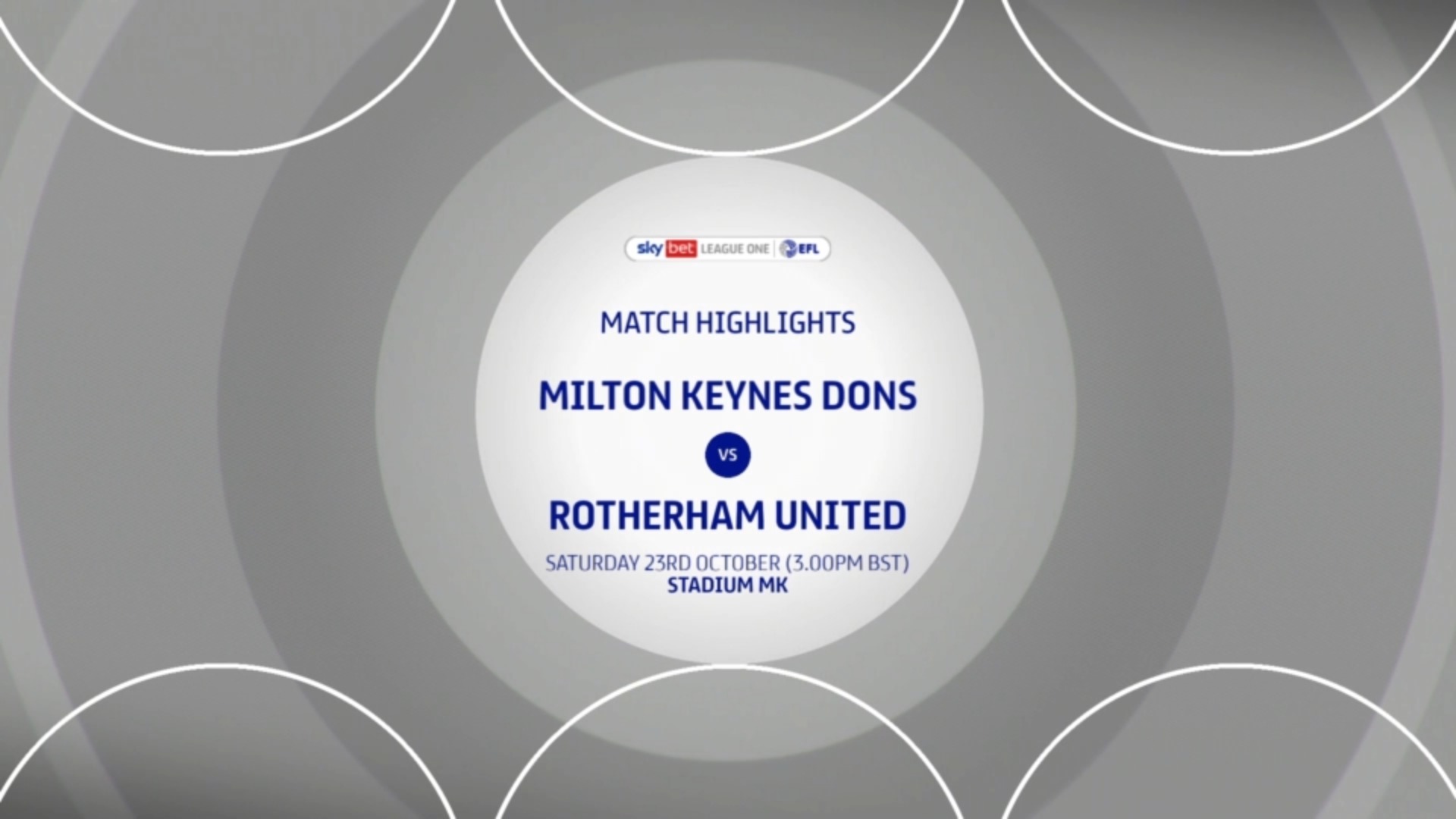 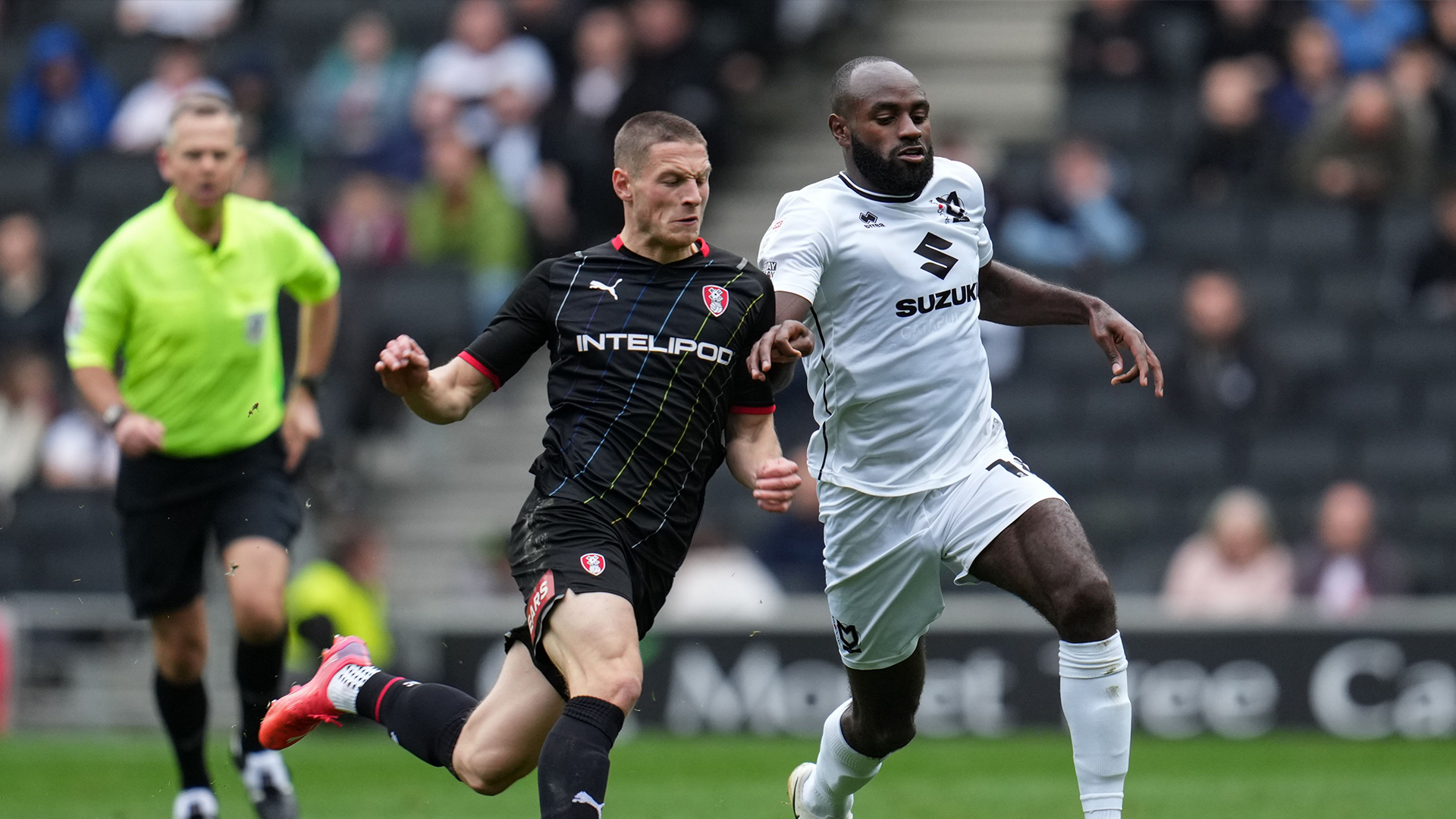