Rotherham United advanced to the last 16 of the Papa John’s Trophy following a shootout victory over Port Vale.

Paul Warne’s side, who breezed through the group stage with a faultless record, looked to edging a tight contest when sub Michael Smith notched his 14th goal of the season in all competitions, but Vale sub David Amoo took the game to spot kicks with an equaliser with three minutes to go.

Both sides were largely proficient from 12 yards but Viktor Johansson was the hero with a fine save from Amoo before Joe Mattock took the acclaim of the Rotherham fans, by notching the match winning spot-kick.

The Millers rang the changes following their goalless draw with Oxford United, for the first of four successive home games at the AESSEAL New York Stadium.

Warne used the opportunity to give game time to several players, who have been in and around the fringes of the starting eleven, in recent weeks.

Experienced defender Mattock was handed a rare start. Youngster Joshua Kayode was given an opportunity to pair with seasoned goal getter Will Grigg, in a Millers front two.

Rotherham showed positive intent from the kick off when Kayode charged down Nathan Smith’s attempted clearance.

The visitors were keen to make their mark, but Leon Legge, arguably, overstepped it, when he bulldozed into the back of Grigg. The Sunderland loanee needed lengthy treatment and the Vale man was lucky to escape further sanction with just a free kick awarded.

In the Millers first attack of note, Wes Harding delivered an inviting centre which narrowly evaded the attentions of Tolaji Bola, at the far post.

Moments later, Ollie Rathbone planted a tantalising centre into the Vale box, and Grigg got on the wrong side of his marker, to usher the ball towards goal with his body, but Aidan Stone showed good reflexes, to keep the ball out.

The Millers were upping the tempo, and Harding put in another centre which Legge had to head over his own bar before the home fans were off their seats when Grigg appeared to be wrestled to the floor by Smith in the box, as he looked to latch onto Kieran Sadlier’s cross, but the referee waved away home protests.

Vale had their best opportunity of the half when Tom Conlon’s delicate pass presented Devante Rodney with the chance to pick out Smith, just outside the six-yard box, but the visiting centre-half fluffed his lines when he fired into the empty stand behind the goal.

On the half-hour mark, Jamie Lindsay had a half-volley deflected behind before Kayode failed to trouble the target with a towering header from Hakeem Odoffin’s deep cross.

Minutes later, Sadlier showed clever footwork to work the angle for a cross, but Bola was inches away from making a telling connection.

Rotherham threatened the Vale goal, near the interval, when some good interplay involving Sadlier and Kayode paved the way for Rathbone, to dart into the Vale box, but his rising effort flew over the top, via the aid of a deflection before home skipper Michael Ihiekwe scuffed an effort, just wide, after the Valiants failed to clear the danger.

The Millers made a double substitution at the break. The changes almost worked the trick, in the early seconds, when Sadlier fizzed a cross into the box and although Kayode was not able to get the ball under his spell, the ball fell kindly for Lindsay, whose point-blank effort, was saved at close quarters by Stone.

At the other end, Dennis Politic tried his luck with a left-footed effort which whistled past the Millers upright with Johansson flying across goal.

Politic was in the thick of the action, and after an uncharacteristic error from Rathbone, the Romanian midfielder almost punished him for his indiscretion, when he fired goalwards but Johansson stood up tall to parry the ball away from goal.

The Millers, looked an improved outfit after the break, and they were duly rewarded on 55 minutes by taking the lead following a sweeping move.

A defensive splitting pass put Vale on the back foot and Sadlier, a constant danger on the right, put in another delicious delivery and Smith, superbly anticipated his centre, to ghost in front of his marker, and he made no mistake to sweep the ball home giving Stone no chance.

Rotherham’s lead almost proved short-lived though, when Conlon fired straight at Johansson before Politic’s ball over the top saw Devante Rodney win the battle of wills with Harding, but he blazed his shot wide, from a promising position.

Vale boss Darrell Clarke made a quartet of changes, on the hour mark, and it almost paid dividends when two of them combined.

With the Millers appealing for offside not once, but twice, Lewis Cass’s slide-rule ball put David Amoo in the clear with just Johansson to beat, but the Swedish stopper did superbly to deny him, at close range.

The Millers had a chance to give themselves some much-needed breathing space when Kayode’s run and perfectly weighted pass gave Lindsay the chance to strike, but Stone smothered his low shot.

Vale were still looking a threat in the attacking third and Amoo was the next to threaten with a downward header from Scott Burgess’s cross, but it sailed narrowly wide of the home goal.

Minutes later, Rotherham failed to clear decisively and Smith latched onto the pieces to fire goalwards but sub Rarmani Edmonds-Green put his body on the line, to block his shot en-route to goal.

Rotherham failed to heed the warning and their resistance was finally broken with three minutes to go when Vale switched the play to great effect and sub Mal Benning dug out a cross, which took a wicked deflection off a Millers defender, and the ball fell kindly for Amoo, who made no mistake to fire into the roof of the home net.

Both teams traded gilt-edged chances near the end when Ladapo’s low cross looked perfect for Smith to tap into an unguarded net, but he could not turn the ball goalwards from close range before the ball struck Sadlier, and dribbled just wide before Mattock’s rushed clearance struck another Rotherham defender, at the other end, but Johansson spared home blushes with a fine, reflex save, before Burgess blazed over, in a frenzied finish. 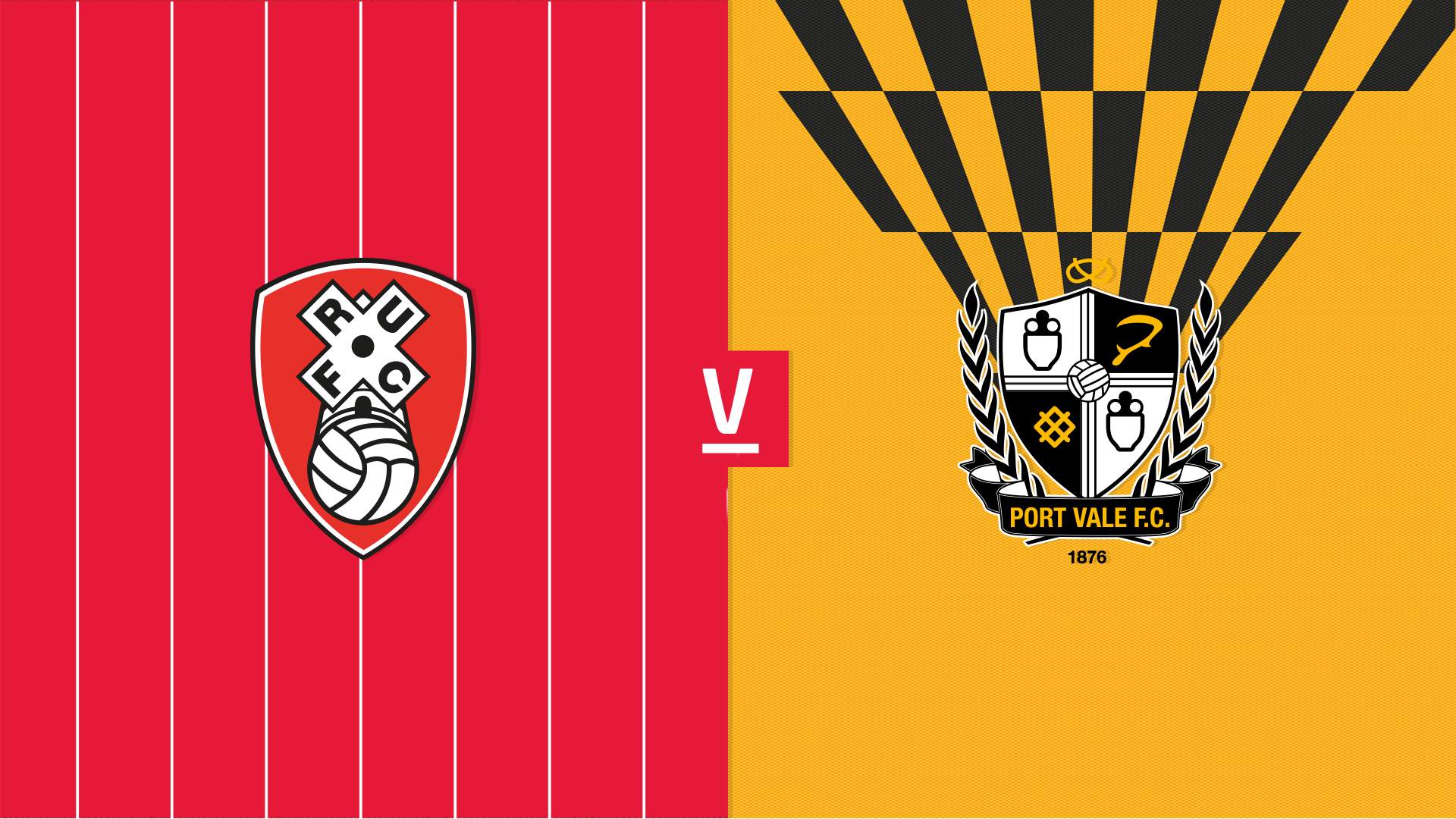 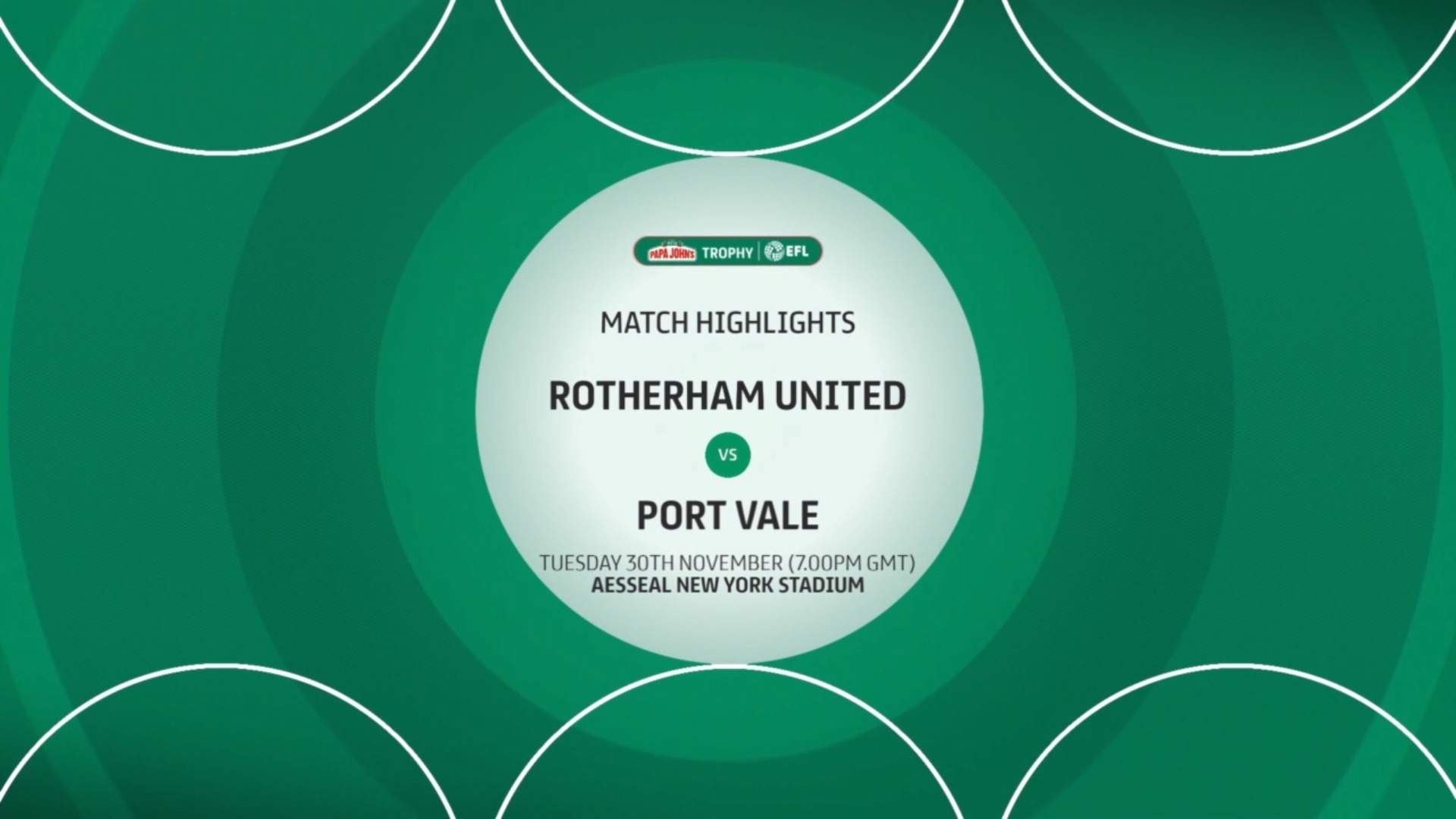 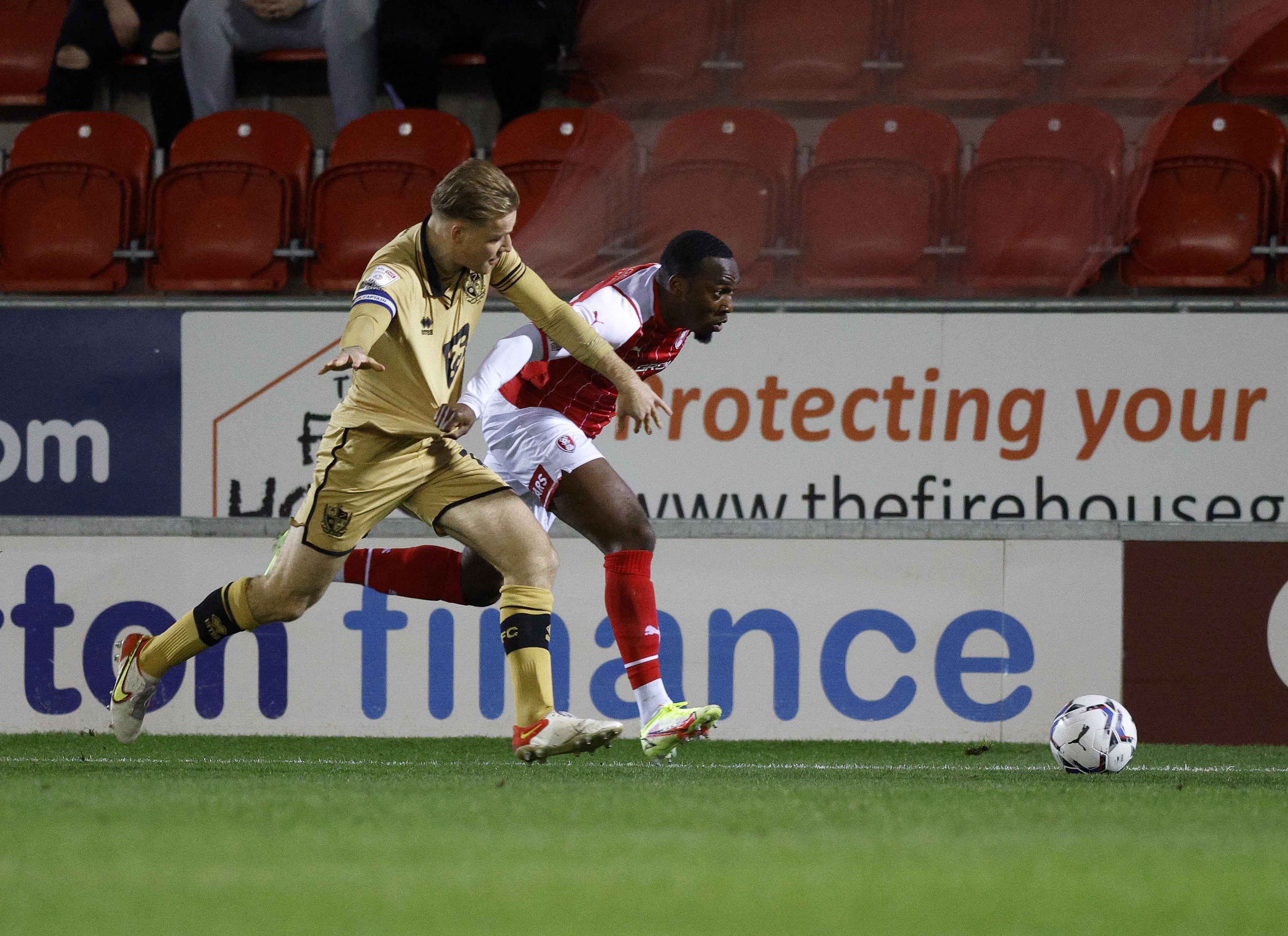