Rotherham United moved into the Sky Bet League One automatic promotion spots, by edging out a plucky Cambridge United side, by the skin of their teeth.

The Millers looked to be coasting to a routine victory at the interval after Ben Wiles’ sixth goal of the season, in all competitions, and Dan Barlaser, from the spot, netted for the hosts.

However, it was far from plain sailing, and Cambridge reduced the arrears through Sam Smith before threatening the home goal on countless occasions, but without due reward.

Freddie Ladapo eased Rotherham nerves with a timely third goal to extinguish any hopes of a U’s comeback.

International returnees Chiedozie Ogbene and Shane Ferguson were part of the home starting eleven while Joshua Kayode had to settle for a substitutes’ berth, following his exploits with the Republic of Ireland Under-21s.

Millers boss Paul Warne had to make do without the services of leading marksman Michael Smith, due to suspension. Ladapo was entrusted to partner Sunderland loanee Will Grigg in the forward positions.

The Millers made a lot of the early running, and the front two combined to great effect when Grigg latched onto Ladapo’s deft flick, but his cross was put behind by a retreating Cambridge defender.

From the resultant corner, Ferguson delivered a deep centre which was met by Wes Harding, at the far post, but the Jamaican defender was unable to direct his scuffed effort goalwards, as the ball dribbled narrowly wide.

Moments later, George Williams had to stand up tall to divert another Ferguson delivery to safety before the Northern Ireland international, who recently won his 50th cap for his country, floated another centre with his weaker right-foot, but Dimitar Mitov plucked the ball out of the sky.

Warne’s side were looking the most likely and they came close to a deserved opener when good interplay paved the way for Grigg, to show clever footwork, and clip a delicate cross which was inch-perfect for Ferguson, who headed goalwards, but despite the ball appearing to beat Mitov, the ball struck Williams, near his own goal-line, before the ball was scrambled clear by the visitors.

Mitov was a busy man, and Ogbene’s pull-back presented Sadlier to try his luck from distance but the Bulgarian ‘keeper parried his long range effort to safety, just before the quarter-hour.

It was looking like a matter of when not if, and Rarmani Edmonds-Green had a shot from the edge of the box deflected behind by Harrison Dunk before Ferguson, threatened again, when his snap shot was blocked by a mass of U’s bodies, in the goalmouth.

The Millers continued to dominate affairs, and Ogbene’s slide-rule pass saw Grigg show his attacking instincts, to get the ball out of his feet, before taking aim with a short backlift, but Mitov got down low to keep out his low effort.

The AESSEAL New York Stadium faithful were off their seats, when Ogbene, a star performer in the Republic of Ireland’s recent double-header, ghosted past Dunk, who appeared to usher him down in the box, but to the astonishment of the home crowd, no further action was taken.

Just before the half-hour mark, Richard Wood took one for the team, by cynically hauling down James Brophy in full flow, in a rare Cambridge foray, and he received the first caution of the afternoon.

To their credit, Cambridge looked to have weathered the storm, to a large extent, and the evergreen Wes Hoolahan had their first serious effort of note with a pea-shooter, from the edge of the box, which failed to trouble Josh Vickers in the home goal.

However, it proved a false dawn, as Rotherham were deservedly rewarded for their first-half pressure, with the breakthrough on 34 minutes.

Cambridge were guilty of gifting the Millers possession and Grigg took the chance to make them pay, by keeping the ball alive, and after switching the play, Ferguson put another ball into the danger area, and the ball skimmed off the head of a Cambridge defender, before Wiles steadied himself with the looping ball, and the Rawmarsh-born midfielder made no mistake, by volleying into the heart of the Cambridge goal, giving Mitov no chance.

The Millers were naturally boosted by the goal, and following some further probing of the Cambridge box, Wiles almost turned from finisher to provider, with a pinpoint ball, and Grigg looked set to make it two, but he could not direct his close range effort towards goal, and the chance was lost.

Despite being second best for most of the half, Mark Bonner’s side could have gone into the interval on level terms, when Ladapo’s pocket was nicked, somewhat illegally, but Hoolahan delivered a delicious half-volley to the far stick, but the rampaging Williams fluffed his lines by blazing over with the home goal at his mercy.

The moment proved crucial when Rotherham doubled their lead, in first-half stoppage time.

Edmonds-Green launched a long punt forward which was misjudged in the air by Conor Masterton, and Ladapo sensed an opportunity to latch onto the loose ball, and Jack Iredale, in an attempt to save the day, tangled with the legs of the Millers marksman, and the referee pointed to the spot, but no further action was taken against the U’s full-back.

Barlaser was entrusted with the spot kick responsibilities and the home playmaker kept his nerve from 12 yards, by wrong footing Mitov, and caressing the ball into the opposite corner of the goal.

The Millers made a slow start to the second half, and Cambridge punished them to the full, with a well-worked move, started and finished by Smith, which halved the deficit, just six minutes into it.

Smith injected pace into a U’s move from the right flank, before exchanging passes with Hoolahan, who exposed an on-rushing Harding with a clever return pass, and Smith produced a classy finish, by curling the ball with his left-foot past the outstretched hand of Vickers, and just inside the far post of the home goal.

The goal gave the visitors’ hope and either side of the strike, Sadlier fired into the home fans behind the goal, before Ladapo was snuffed out on two occasions, before he could get his shot away.

Hoolahan, despite being 39 years young, was arguably the spur of the U’s revival, and Vickers had to show good anticipation to smother his dangerous cross, at his near post, before Smith met his delicate centre, just minutes later, but, thankfully for the Millers, his downward header was straight down the throat of the home ‘keeper.

The Millers were being penned back by the visitors, who looked a transformed outfit after the break, and they were somewhat fortunate, when Hoolahan showed his class, with a stylish half-volley, which found Williams, who nodded dangerously across goal, but Joe Ironside was unable to make a telling connection, despite being just yards out.

The home goal was living a charmed life and the Millers were indebted to Harding, for a goal line clearance, after Brophy’s incisive run and cross was taken away from Smith, who would have had a tap-in.

The game was on a knife-edge, and Smith ghosted in from the left flank, to drill a low effort which shaved the far post but Rotherham were handed some much-needed relief, by adding a third, against the run of play, to effectively kill off Cambridge’s determined challenge.

The Millers won a corner and Barlaser and sub Mickel Miller caught the visitors napping with a two-on-one situation, and the latter delivered a fabulous cross and Ladapo won the battle of wills, in the massed ranks in the six-yard box, to powerfully head home.

The weight had been lifted from the Millers shoulders and Wiles, following some lovely footwork, and then Kayode, on the follow-up were denied by smart stops from Mitov, in a matter of seconds. 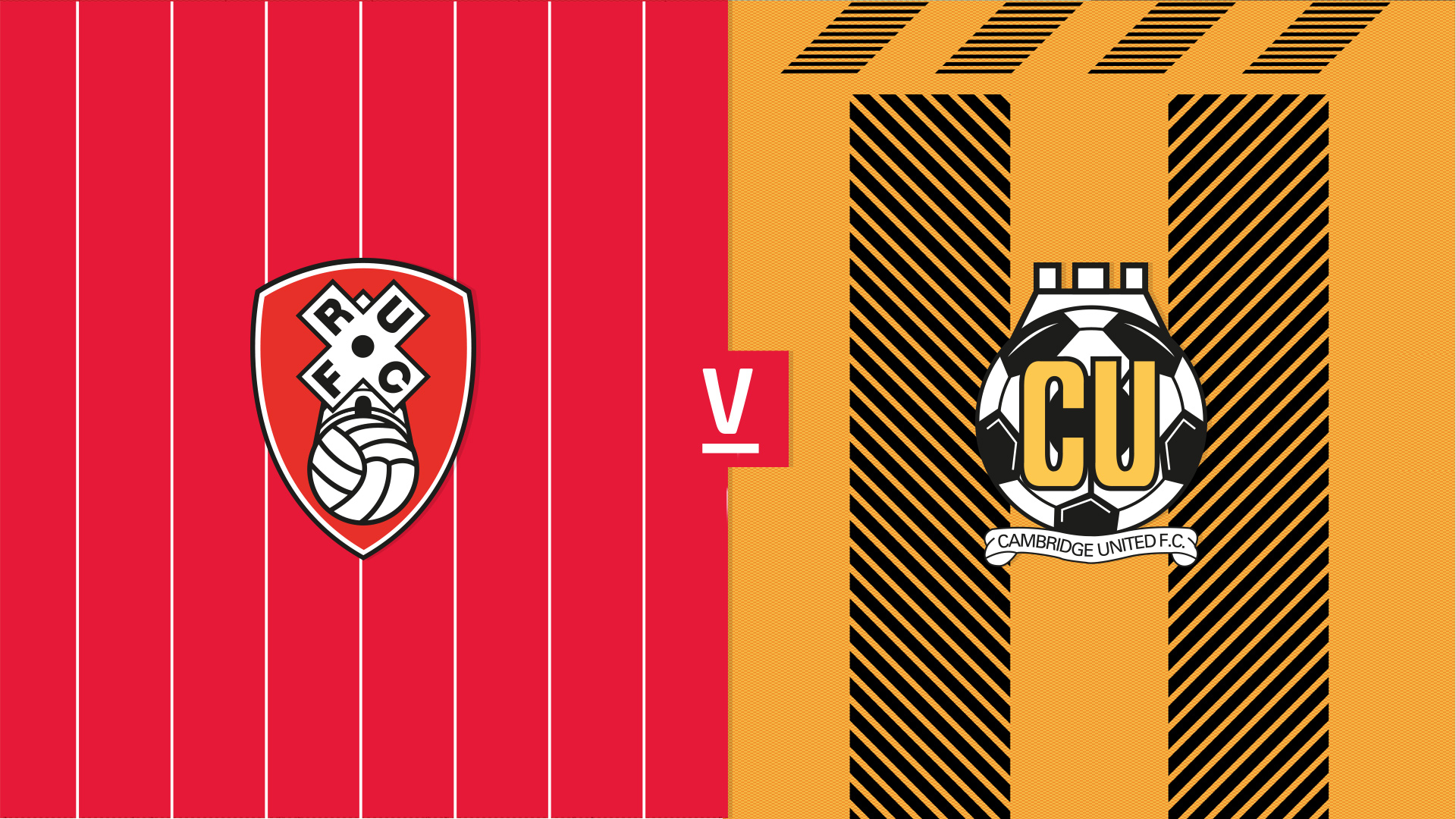 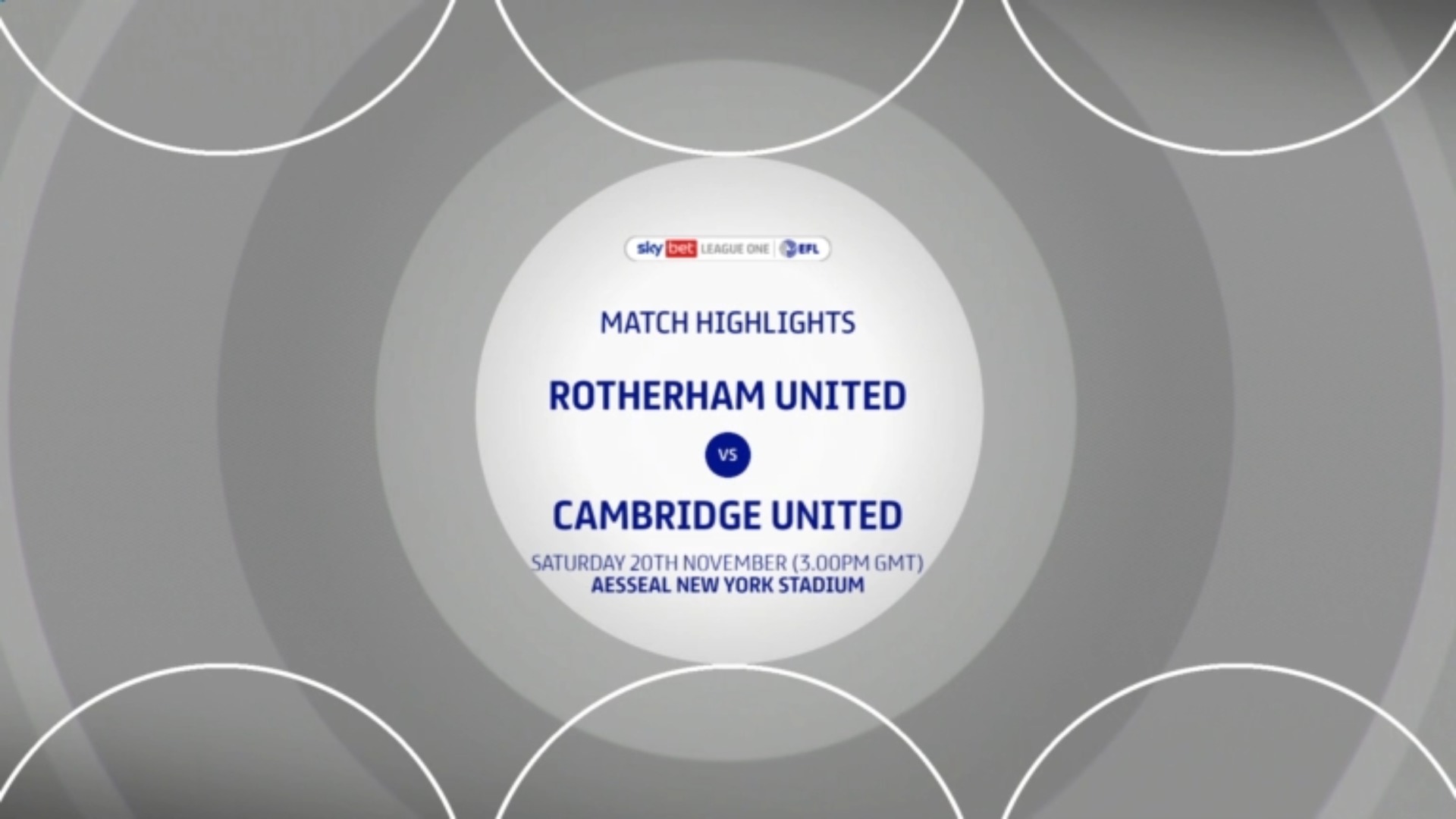