Rotherham United climbed to the top of the Sky Bet League One standings following an impressive victory over an ever-improving Ipswich Town.

Portman Road has been a happy hunting ground for the Millers, in recent times, and this time was no exception. Goals either side of the interval, thanks to Ben Wiles’ piledriver and Shane Ferguson’s first goal in Millers colours, ensured Rotherham’s players, staff and loyal band of travelling supporters made the long midweek trek back from Suffolk, in jubilant mood.

Following the weekend victory over Cambridge United, Warne initially made three changes to his starting eleven.

Centre-half Michael Ihiekwe was recalled while Jamie Lindsay was asked to provide some bite in the midfield area.

Warne was also able to call on the services of leading scorer, Michael Smith, who returned following a one-match ban.

The Millers were forced into another late change when Viktor Johansson, who was initially named on the bench, started the game, at the expense of Josh Vickers.

Buoyed by their impressive recent run of late, Rotherham had the better of the early exchanges and Smith’s cross was cut out by Toto Nsiala with Freddie Ladapo lurking for a tap-in, before Smith himself, had a shot blocked inside the home box.

Minutes later, Dan Barlaser caught the hosts napping with a quick free-kick, and Shane Ferguson delivered a centre into the danger area but Smith mistimed his jump, and the chance was lost.

Rotherham continued to press, and Ladapo’s lay-off paved the way for Lindsay, who started the move, to scoop an effort which had Christian Walton at full stretch to keep the ball out.

In Ipswich’s first foray, Scott Fraser volleyed wide, but Rotherham were rewarded for their positive start, when they opened the scoring on 24 minutes, thanks to man-of-the-moment Wiles, who followed up strikes against Bromley and Cambridge, by grabbing his seventh goal of the season in all competitions.

Michael Ihiekwe headed the ball forward and Smith’s knock down was latched upon by the Rawmarsh-born midfielder, who strode with purpose, evading the likes of Lee Evans and Sam Morsy, before striking a fierce left-footed effort which arrowed into the roof of the Ipswich net, giving Walton no chance.

The Millers came close to taking a firm grip on the game when Smith had a shot blocked following good work by Ferguson in the build-up, before Chiedozie Ogbene’s slide-rule pass saw Ladapo nip in front of Nsiala, before toe-poking an effort which flew narrowly wide of the target.

Both sides traded chances when Scott Fraser’s snap shot was blocked by Wood, before the Rotherham skipper headed wide, at the other end.

Warne’s side lost their discipline, near the break, when Lindsay was cautioned for needlessly kicking the ball away before Ihiekwe joined him in the book, for dissent, following a foul throw.

Both sides kept the status quo following the break, but it was Rotherham, who threatened first, when Ferguson planted a delicious centre which saw Smith rise highest, but the Millers frontman unselfishly tried to find his strike partner, Ladapo, instead of going for goal, despite being just yards out.

It was no laughing matter when Lee Evans fired a free-kick narrowly over the bar for the Tractor Boys, before Rotherham doubled their advantage, and effectively put the game out of the hosts’ reach, just before the hour mark.

Ogbene and Lindsay were probing in and around the Ipswich box, before slicing open the home rearguard, and Ladapo took advantage to fire goalwards, but his low effort was blocked en-route to goal by Smith, but Ferguson was on-hand to slot home from close range.

The Millers were in charge, at this stage, and Smith’s towering header from Ferguson’s cross narrowly cleared the home crossbar.

Wes Harding, Mickel Miller and Kieran Sadlier were introduced inside the last ten minutes and the latter fired a free-kick into the Ipswich wall, after Wiles was tripped on the edge of the box.

There were two cautions late on when Barlaser was yellow-carded for time-wasting, before George Edmundson also found himself in hot water, for dissent.

Warne’s side were in cruise control, and were showing good game management, in the dying minutes, and Ipswich, failed to trouble the target, until Johansson plucked sub Joe Pigott’s looping header out of the sky, before Sam Morsy dragged a low shot wide, in the game’s last act. 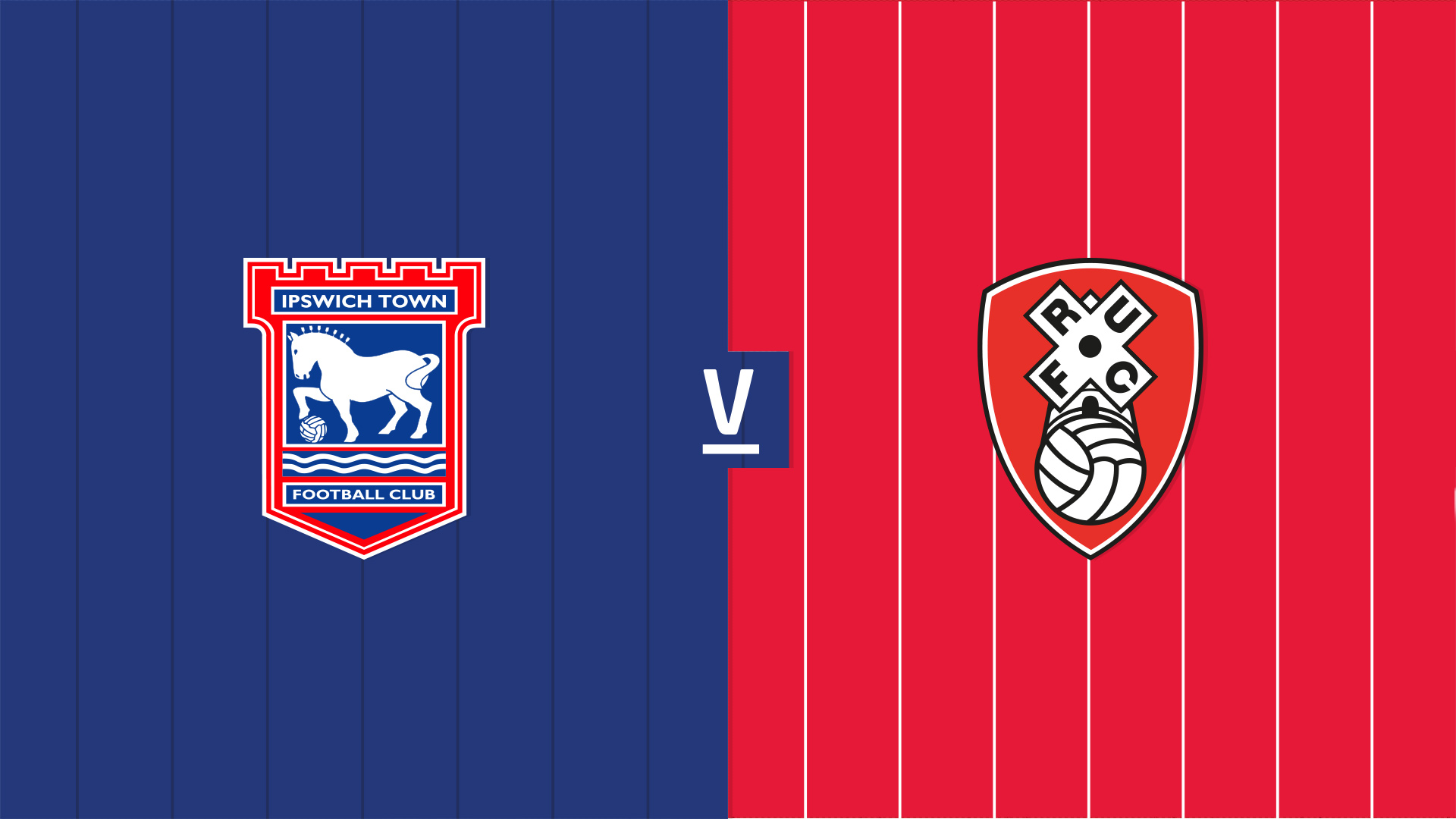 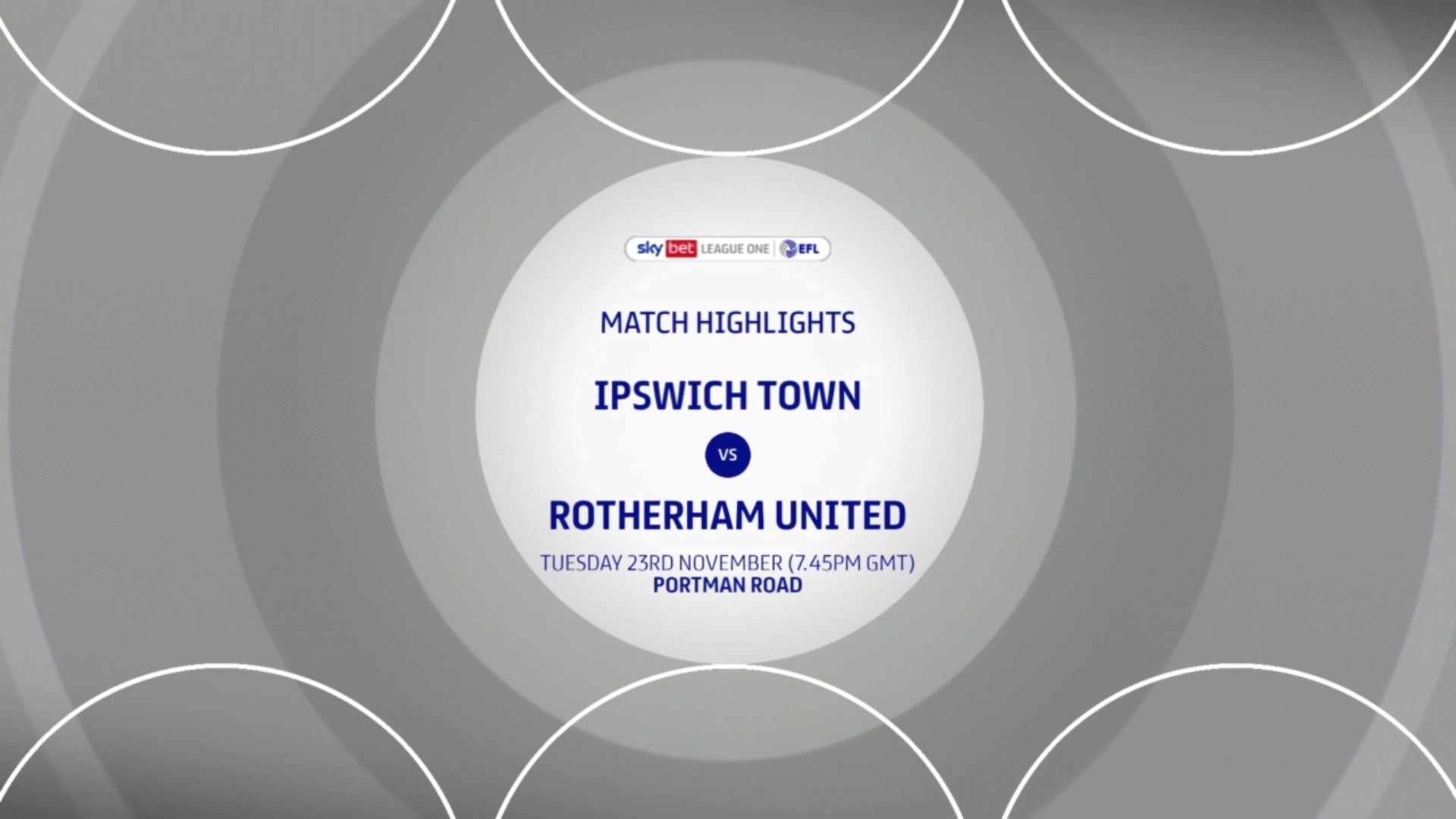 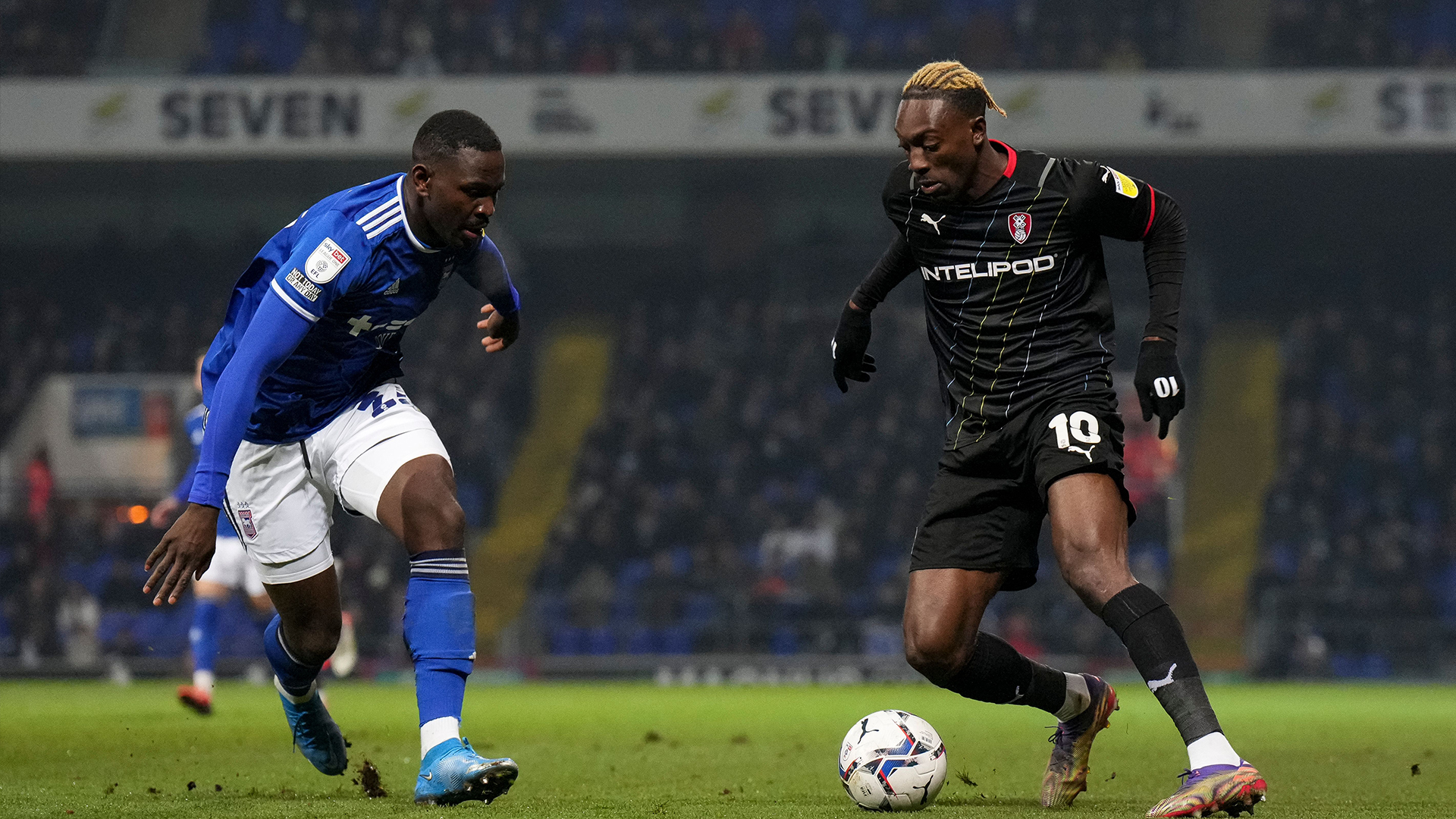