Spoils shared at The Valley…

Rotherham United were forced to settle for a share of the spoils, when Conor Washington struck in the final 10 minutes to cancel out Mickel Miller’s opening goal on the stroke of half time.

Miller’s first league goal in Rotherham colours looked like it would be enough to earn all three points at The Valley, but the spoils were shared when Washington struck with seven minutes to go.

The visitors made a quick start when Miller picked up possession from the kick off and made headway towards the byline. The winger stood up a cross to the far post, where Harding arrived to meet it, seeing his effort held by MacGillivray.

The Millers fashioned another chance on seven minutes, when Ladapo held the ball up on the edge of the penalty area before laying it back to Barlaser to strike narrowly wide from around 20 yards.

The Addicks created a chance of their own two minutes later, when Gunter saw his pinpoint delivery from the right channel glanced wide of the far stick by Washington.

Paul Warne’s side were then appealing for a penalty when Barlaser found Wiles in space with a pinpoint pass. The midfielder surged into the box before being hacked down by Pearce inside the area, but the linesman had already flagged for offside.

A minute later, Gilbey tried his luck from distance for the hosts, forcing Vickers into a routine save from his low strike.

The home side turned the screw again on 27 minutes, when Jaiyesimi sent in an inviting cross towards Stockley, but Wes Harding stuck to the task and made a crucial interception to prevent the striker from getting a connection on the ball.

The wing-back was again behind more dangerous play for Charlton, when he returned Purrington’s partially cleared cross with a rasping drive straight down the throat of Vickers, two minutes later.

Wiles then showed a great turn of pace to manoeuvre away from Famewo before delivering a dangerous ball into the area, which was met by Ihiekwe, who could only direct his effort over from inside the area.

With nine minutes to go until the break, a mix up between MacGillivray and Pearce almost presented Smith with a gift, but the striker couldn’t quite get on the end of the loose ball as the grateful visiting keeper raced out to gather.

The home side had a great opportunity to take the lead two minutes before the break, when Stockley sent Jaiyesimi’s pinpoint delivery back across the area for Washington who could only head straight at Vickers from close-range.

The Millers took the lead in first half injury time when Harding took a quick long throw to Wiles and received the ball back before sending in a delivery which was met by Wood at the back post into Miller’s path who lashed the ball home form close-range.

The home side started the second half brightly and immediately looked to force their way back into the contest when the won a set-piece in the 47th minute. Lee delivered into a dangerous area, but his ball was too close to Vickers who was out swiftly to gather.

Four minutes later, Jaiyesimi picked up possession before cutting inside and lashing an effort over the bar for the hosts.

Then, Vickers made a crucial intervention to deny Washington from close-range, before Edmonds-Green hurled himself in front of Stockley’s goal-bound strike to prevent the striker capitalising on the rebound.

Purrington flashed a cross across goal and Gilbey blazed over as the visitors continued to turn the screw, but they were met with some firm rear-guard defending to protect the lead.

After withstanding pressure in the opening exchanges of the second half, the Millers almost scored a second on the counter-attack as Smith latched onto a through pass from Rathbone before forcing MacGillivray into a fingertip save from close-range.

Moments later and the stopper was called into action again, this time making an even better save to keep the Millers at bay. Barlaser’s floated delivery was met with a powerful header from Ladapo, which the ‘keeper clawed out of the net.

The Addicks continued to chase an equaliser but were met by more determined defending from the visitors as Edmonds-Green towered above Stockley to prevent the striker from reaching Gunter’s dangerous cross, before Vickers came out strongly to claim Washington’s delivery.

The Millers still carried a threat on the break and had another big opportunity to double their advantage when Rathbone showed great vision and then execution to spot and find Ogbene at the back post, before the ball fell to Ferguson who fired over from just inside the box.

Charlton found an equaliser with seven minutes to play, when Conor Washington raced onto a long pass before unleashing a low shot from the edge of the box, which took a cruel deflection off Wood before nestling into the corner.

The hosts were then presented with an opportunity to win the game when Barlaser was penalised for a tug on Lee in a promising position. The striker dusted himself down before forcing a fine a reflex save from Vickers, as the spoils were shared in the capital. 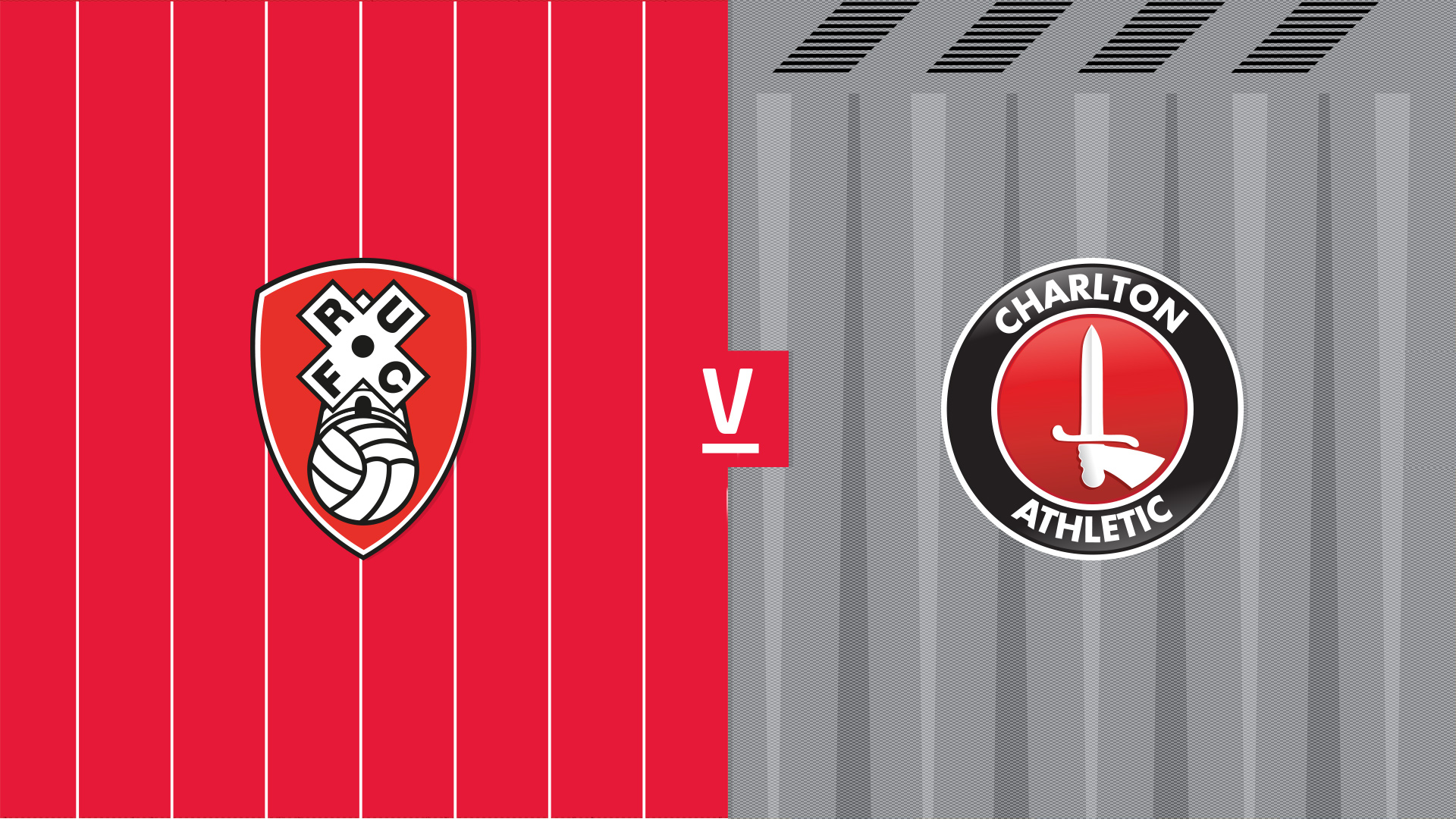 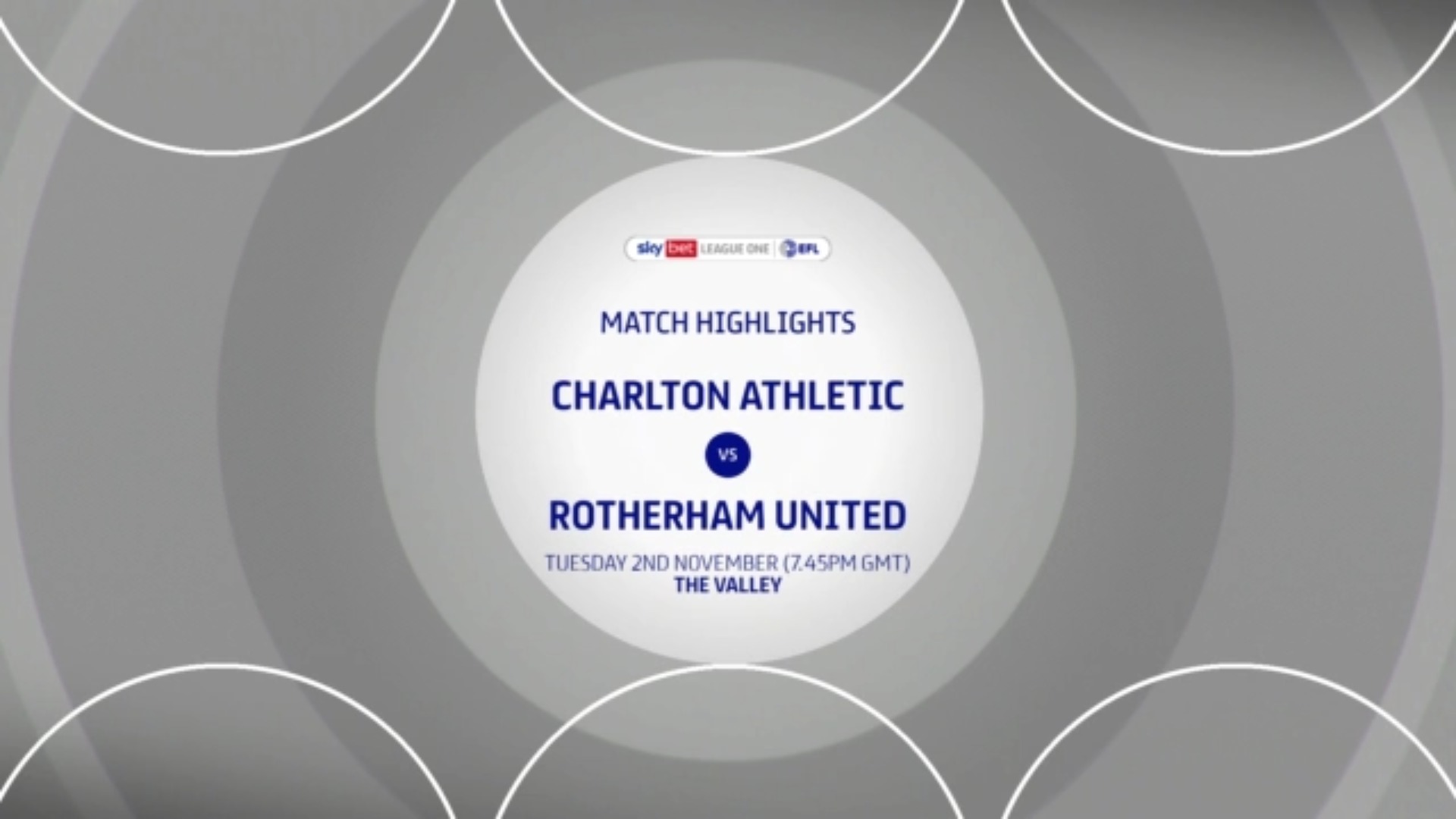 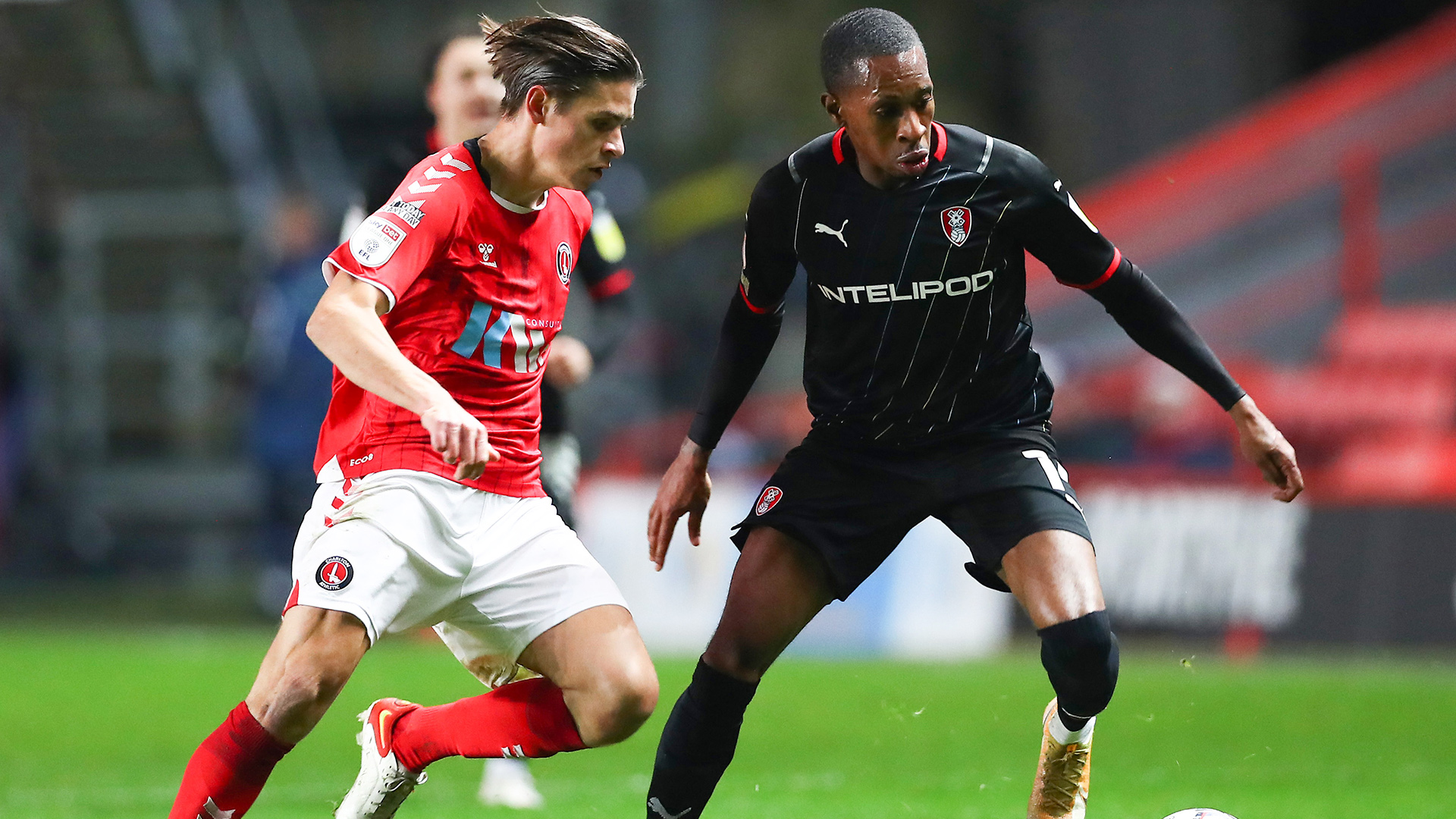