Rotherham United’s Sky Bet League One automatic promotion hopes suffered a setback as they suffered a rare defeat at the hands of Shrewsbury Town.

The two sides locked horns in Shropshire, just a few weeks ago, and Shrewsbury proved a tough obstacle once again, as a mad few first-half minutes put pay to Rotherham’s chances.

The Millers were very much in the AESSEAL New York Stadium contest until Angus MacDonald saw red, just after Daniel Udoh had put Salop ahead.

Rotherham gave as good as they got in the second half but Elliott Bennett and Ryan Bowman extinguished any hopes of an unlikely comeback, with a second and third goals.

There was a new look to the home backline as MacDonald and Rarmani Edmonds-Green returned to the starting eleven with Michael Ihiekwe taking the captain’s armband, in the absence of Richard Wood, who was named on the bench.

The Millers were quick out of the blocks and Kayode had a shot deflected behind by Ethan Ebanks-Landell in the opening seconds, after good work from Ben Wiles and Osei-Tutu in the build-up.

Osei-Tutu was looking a threat in the early stages and the Arsenal loanee forced a corner which Ferguson planted under the visiting crossbar, but a Salop defender cleared the danger.

Back-to-back long throws from George Nurse caused havoc in the Rotherham rearguard but Josh Vela’s scooped effort released the pressure on the hosts.

Both sides traded chances when Osei-Tutu’s slashed effort was deflected over by Nurse before Udoh’s left-footed shot was turned behind, at the other end.

The visitors were visibly growing in confidence and Rotherham had a big scare when a hopeful punt into the box was only half-cleared by Vickers with a weak punch and Bowman latched onto the loose ball to volley goalwards, but Ihiekwe was superbly positioned to hack clear from his own line.

Minutes later, Nurse ghosted past Osei-Tutu with ease before delivering an inviting centre which Matthew Pennington nodded goalwards, but, thankfully for the Millers, his effort was straight down the throat of Vickers.

Just before the half-hour mark, Udoh became the first to see yellow for kicking the ball away, before Shrewsbury pressed again when Bennett skipped down the right flank to deliver a deep centre which was met by the head of Luke Leahy, but under pressure from a home defender, he could not guide his effort on-target, as it flew narrowly wide of the target.

The AESSEAL New York Stadium faithful were off their seats when Kayode took a tumble in the box after a tangle of legs with Ebanks-Landell but no further action was taken before the Republic of Ireland Under-21 international found himself in the book, following a hefty aerial duel with Pennington.

The Millers’ hopes of going into the March international break in good heart were dealt a blow, in an eventful two minutes, which saw Shrewsbury take the lead before the Millers were reduced to ten men.

Firstly, Salop were rewarded for their spell of pressure when Kayode was shrugged off the ball on halfway, and Nurse strode with purpose at a backtracking home backline, before timing his pass to perfection, and Udoh kept his nerve to slot the ball past Vickers and into the Rotherham goal with a tidy finish.

The Millers did not have time to gather their thoughts, before the game took another cruel twist of fate, when MacDonald was involved in an aerial clash with Leahy near the halfway line, and with the Shrewsbury defender left in a heap on the ground, the referee had adjudged the Rotherham centre-half to have led with his elbow, and a red card was brandished for violent conduct.

The Millers’ heads were still in a spin when Pennington almost capitalised on a goalmouth scramble following Bennett’s corner but his close range shot was blocked en-route to goal, before Tyrese Fornah’s precise effort was fortuitously diverted away from goal by a ricochet.

In the last action of the half, Nurse blasted over from an inviting position before Warne would have been grateful for the chance to get his side back in the dressing room for a chance to reorganise following the double setback.

The Millers boss made a double change at the break with Wood brought on for some much-needed defensive reinforcements while Chiedozie Ogbene was entrusted with the task of getting the home side up the pitch, despite their numerical disadvantage.

In a fairly uneventful opening quarter, Rotherham had steadied the ship, and Ogbene showed his attacking prowess, by prompting Nurse into a hasty challenge on the edge of the box.

Ferguson planted the resultant free-kick into the box, but Shrewsbury were rock solid before Wood ballooned a header over, from Osei-Tutu’s percentage ball.

On the hour mark, Shrewsbury came close to killing the game, as the Millers were indebted to Vickers for a double save.

The Rotherham goalie made a parried stop from Bowman before racing off his line to deny Vela at close quarters, on the rebound.

Shrewsbury were sticking to their game plan, of slowing the game down at every opportunity, and it was frustrating the Millers fans until some selfish running from Ferguson and then Wiles, sparked the crowd into life.

The Millers faithful were being in essence their 11th man, with some great vocal backing, and the home players were responding in kind.

Bennett was carded for a lunge on Rathbone, and Ogbene had a half-chance from the resultant free-kick, but his low drive was blocked.

However, Rotherham hopes of dragging themselves back into the match were over when Shrewsbury doubled their lead with 12 minutes to go.

The visitors took advantage of their superior numbers on the counter attack, led by Udoh and with Wood unable to intervene on the edge of the box, Leahy was presented with the chance to strike and he forced Vickers into a reflex save, but Bennett was on-hand to tap home the rebound into the unguarded net.

The Millers were understandably flat and Leahy forced Vickers into another shot before Pennington dragged a shot wide.

Warne’s side did not throw in the towel and sub Mickel Miller had a shot blocked before Smith’s shot and header was denied by Marko Marosi.

Steve Cotterill’s side rubbed salt into home wounds, in stoppage time, when Bowman took advantage of some poor home defender to fire home a third.

Following the defeat, Rotherham saw their lead at the top cut to one point to nearest challenges Wigan Athletic, and four points to third-placed Milton Keynes Dons. 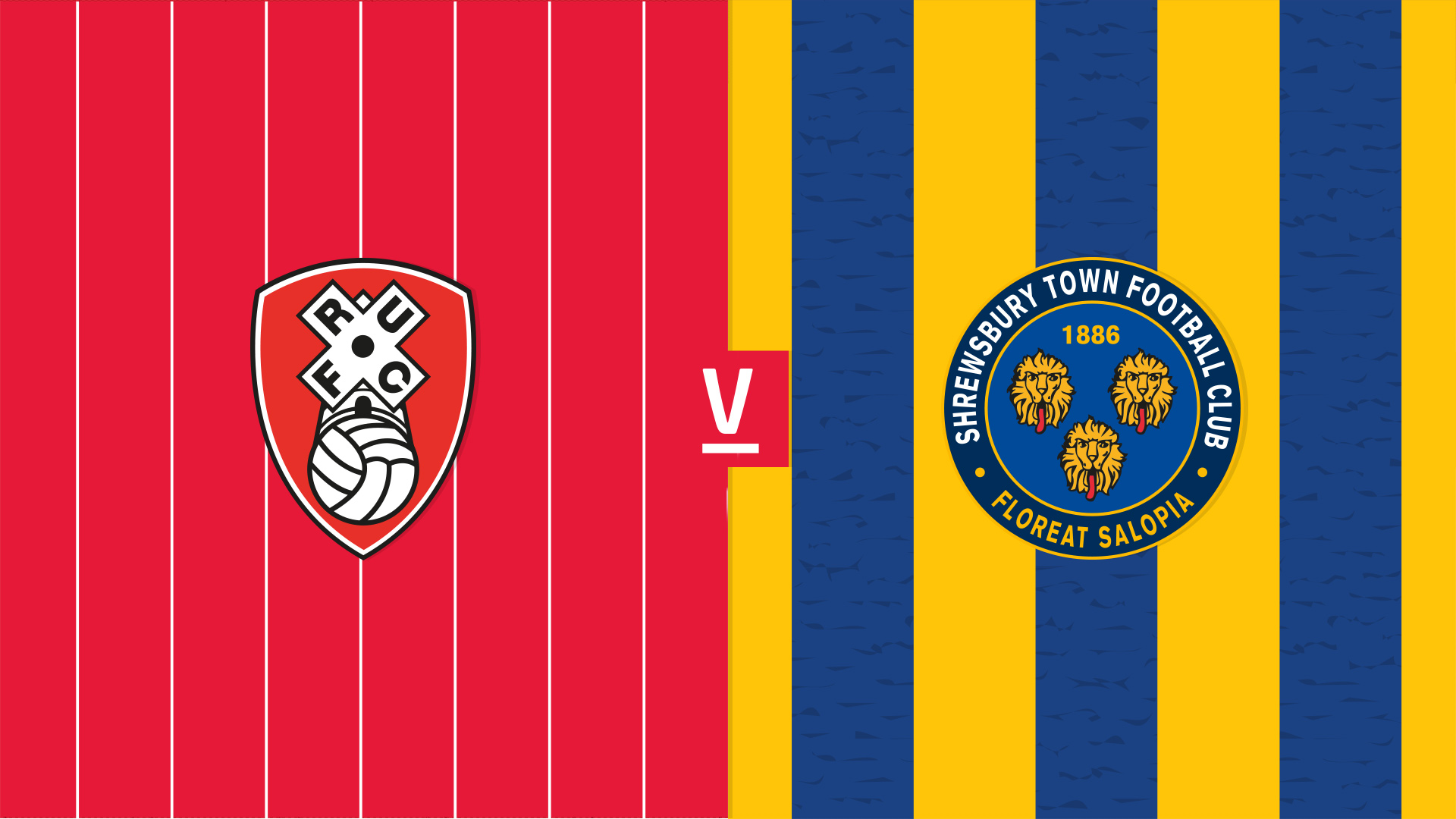 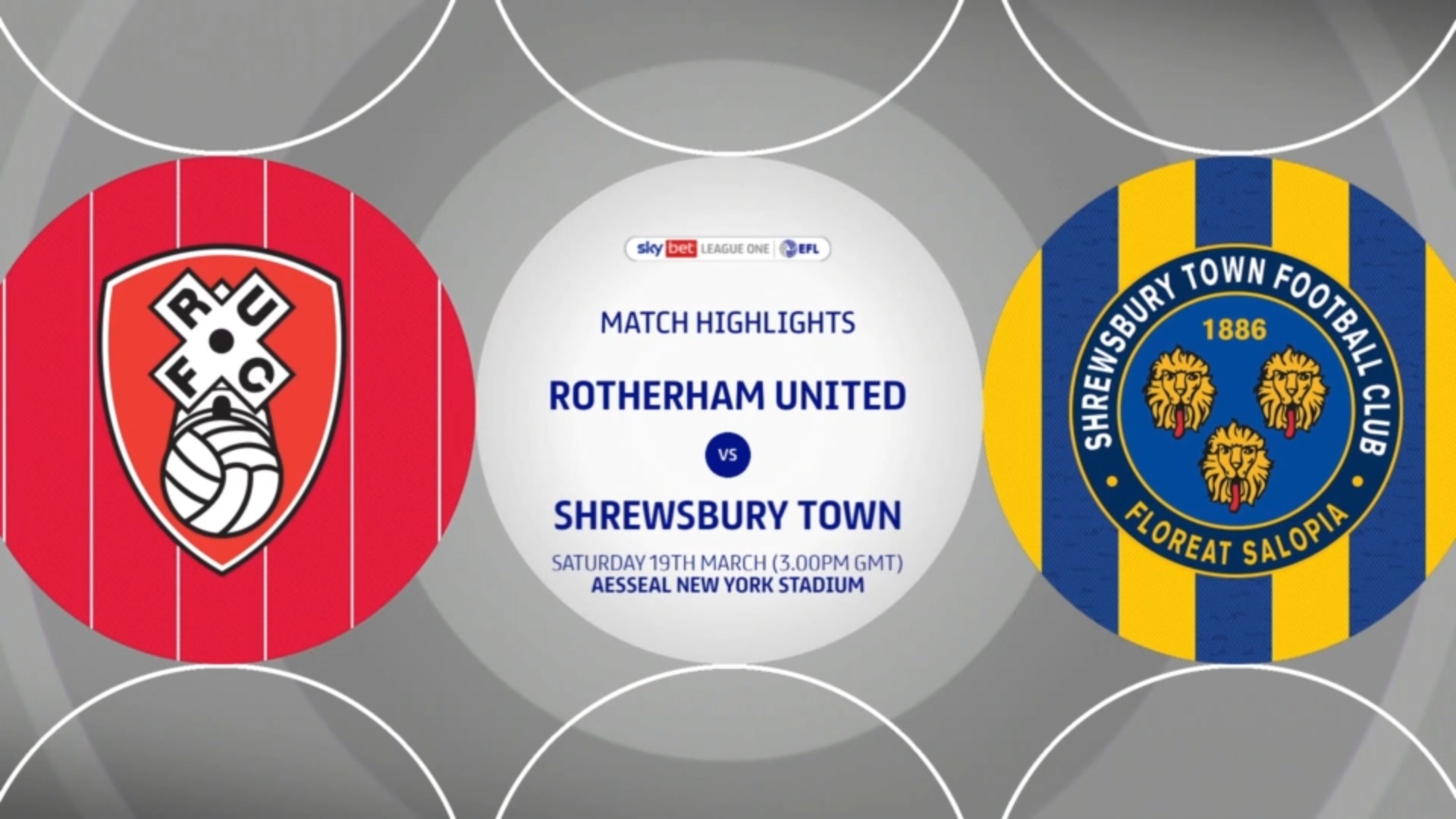 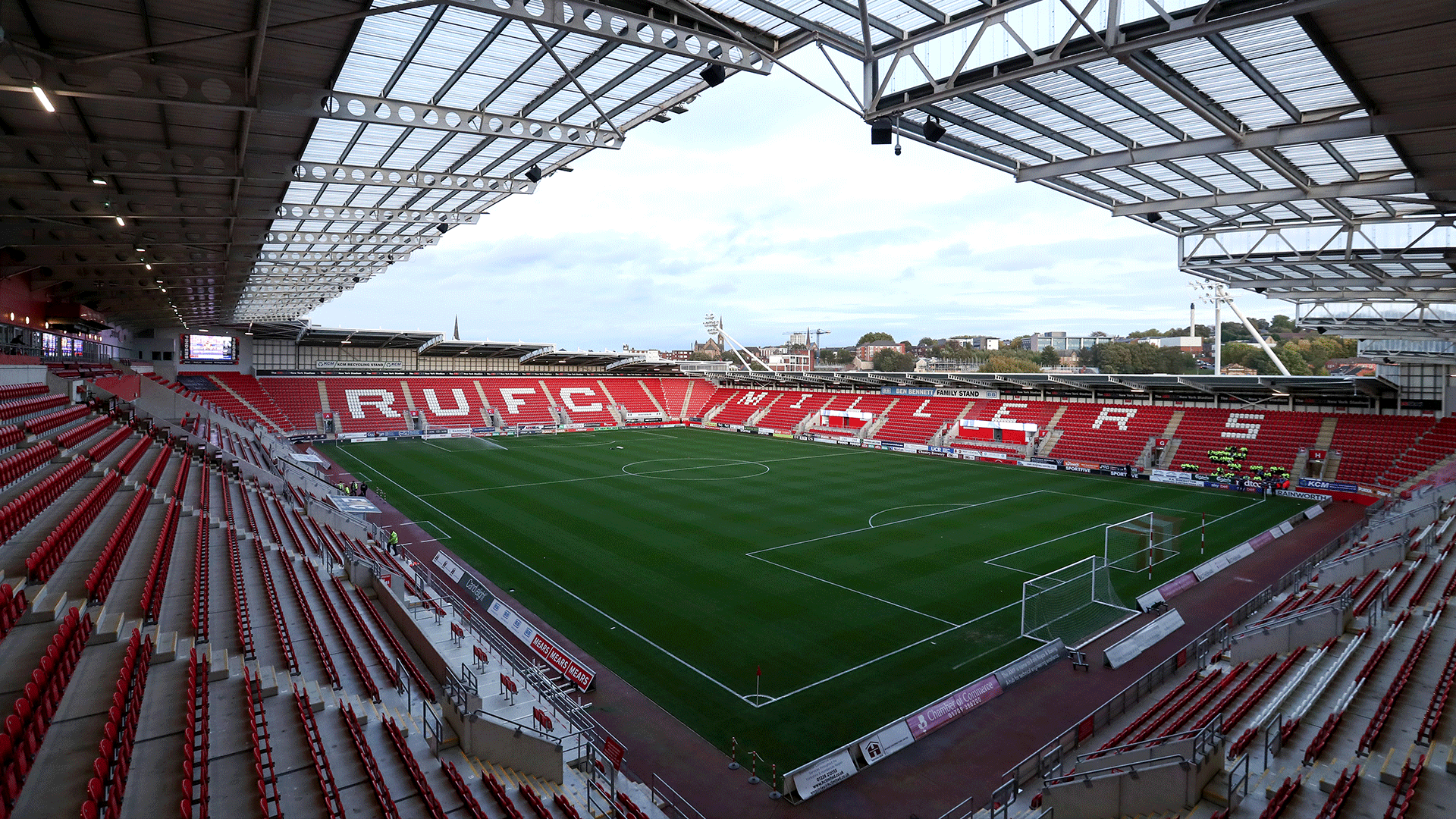