Rotherham United missed a golden opportunity to tighten their grip on the Sky Bet League One promotion race when rivals MK Dons produced a stunning fightback with ten men to blow it wide open.

The Millers looked set to widen their points advantage with the visitors when Dan Barlaser’s spot kick put them ahead at the interval, in an incident which saw Dan Harvie sent off for his penalty box challenge on Chiedozie Ogbene.

However, MK Dons, against all the odds, turned the game around in spectacular fashion when Harry Darling levelled matters before Mo Eisa gave them the lead, soon after.

Despite their numerical disadvantage, MK Dons withstood anything that the Millers threw at them, in the latter stages, to consign the home side to a rare, but crucial defeat, and narrow the gap between the sides to seven points.

Following their goalless draw with Shrewsbury Town in midweek, Warne reshuffled his pack for their hosting of Milton Keynes Dons.

The Millers midfield had a familiar look to it with Dan Barlaser, Ben Wiles, Ogbene and Shane Ferguson all returning to the fold.

Both sides went into the crunch AESSEAL New York Stadium clash on the back of impressive recent runs of late with the Millers unbeaten in ten games, and Milton Keynes Dons failing to taste defeat in eight matches.

It was Milton Keynes Dons, who settled into the affair the better, and the home fans were almost silenced, as early as the second minute, when Ogbene failed to get the ball under his spell, and Scott Twine spotted an opportunity to slide a through ball into the path of Troy Parrott, who bared down on goal, but Josh Vickers maintained his fine form between the sticks, by producing a Schmeichel-esque starfish save with his legs, to deny the Tottenham loanee.

The Millers had a nervy opening and Tennai Watson stripped Ihiekwe of possession to dart into the home box, but his cross was intercepted by a well-stationed defender before Ogbene’s low cross was hacked clear, at the other end.

The game took what looked like being a decisive twist on 24 minutes when Rotherham were awarded a penalty, and the visitors were reduced to ten men.

MK Dons overhit a cross from the left-flank and Rotherham turned defence into attack in the blink of an eye, when Ferguson drilled a long ball up field – with his wand of a left-foot – and Smith cleverly flicked the ball into the advancing run of Ogbene, who got on the wrong side of Harvie, who in a desperate last-ditch attempt to stop him getting his shot away, upended the Republic of Ireland international in the box, and the referee had no hesitation in pointing to the spot, and sending Harvie for an early bath, as he was adjudged to be last man, and having made little attempt to play the ball.

The visitors had lost their heads temporarily and after skipper Dean Lewington was booked for taking his protests too far, in the aftermath of the goal, Twine was fortunate to escape sanction for a hefty clip on Ogbene, who was wreaking havoc once again, in the final third.

The Millers had a half scare when Eisa almost cashed in with a long range shot, but his effort narrowly cleared the home crossbar.

The MK Dons were intent on sticking to their principles by playing out from the back, in nearly all circumstances, but it was meat and drink for the Millers’ press, as Ollie Rathbone nipped the pocket of Josh McEachran, before trying his luck from distance, but his drive flashed past the upright.

The home side missed a gilt-edged chance to assert their grip on the proceedings when Wiles’ clever pass split open the MK Dons defence, and Ogbene kept his nerve to pick out Ladapo, who looked a likely scorer, but he failed to make a telling connection, despite being yards out from goal, and the chance was lost.

There was a slow start to the second half, by both teams, before Smith dug out a cross which narrowly evaded the attentions of Ladapo before Rathbone was cautioned for a hefty challenge on Conor Coventry.

The Millers were struggling to replicate their fluidity of the first half and they were punished when MK Dons incredibly turned the game on its head with two goals in three minutes, just before the hour mark.

Firstly, the visitors forced a corner when Ihiekwe sliced behind, and Twine planted a decent centre which Ogbene only half-cleared but Lewington planted a header back into the danger area, and Darling ghosted in almost unnoticed, and with a whiff of offside, but he cleverly looped a corner into the far corner of the net giving Vickers no chance.

The MK Dons then stunned the Millers faithful into silence, by taking the lead in their next attack, when Barlaser was stripped of possession by David Kasumu, and the visiting substitute strode with purpose to the edge of the box, before playing an inch-perfect through ball into the path of Eisa, who opened up his body, before curling a lovely effort into the bottom corner of the net.

The Millers were visibly rocked by the double setback until Ogbene latched onto Wiles’ ball over the top, but a wayward finish with his weaker left-foot released the pressure on the visitors.

The home side needed their fans more than ever, and the AESSEAL New York Stadium fans rose to the challenge, but Warne’s side were struggling to build any head of steam, against the visitors, who defended their slender lead with great gusto.

Warne threw Jordi Osei-Tutu and Joshua Kayode into the fray, and the latter failed to trouble the visiting goal with a tame header, under pressure from an MK Dons defender.

Time was running out for the hosts, and Smith came within a whisker of equalising on two occasions, when his deft flick from Wiles’ cross, went agonisingly wide before the Millers frontman met Osei-Tutu’s centre on the volley, but again, it flashed just wide of the target. 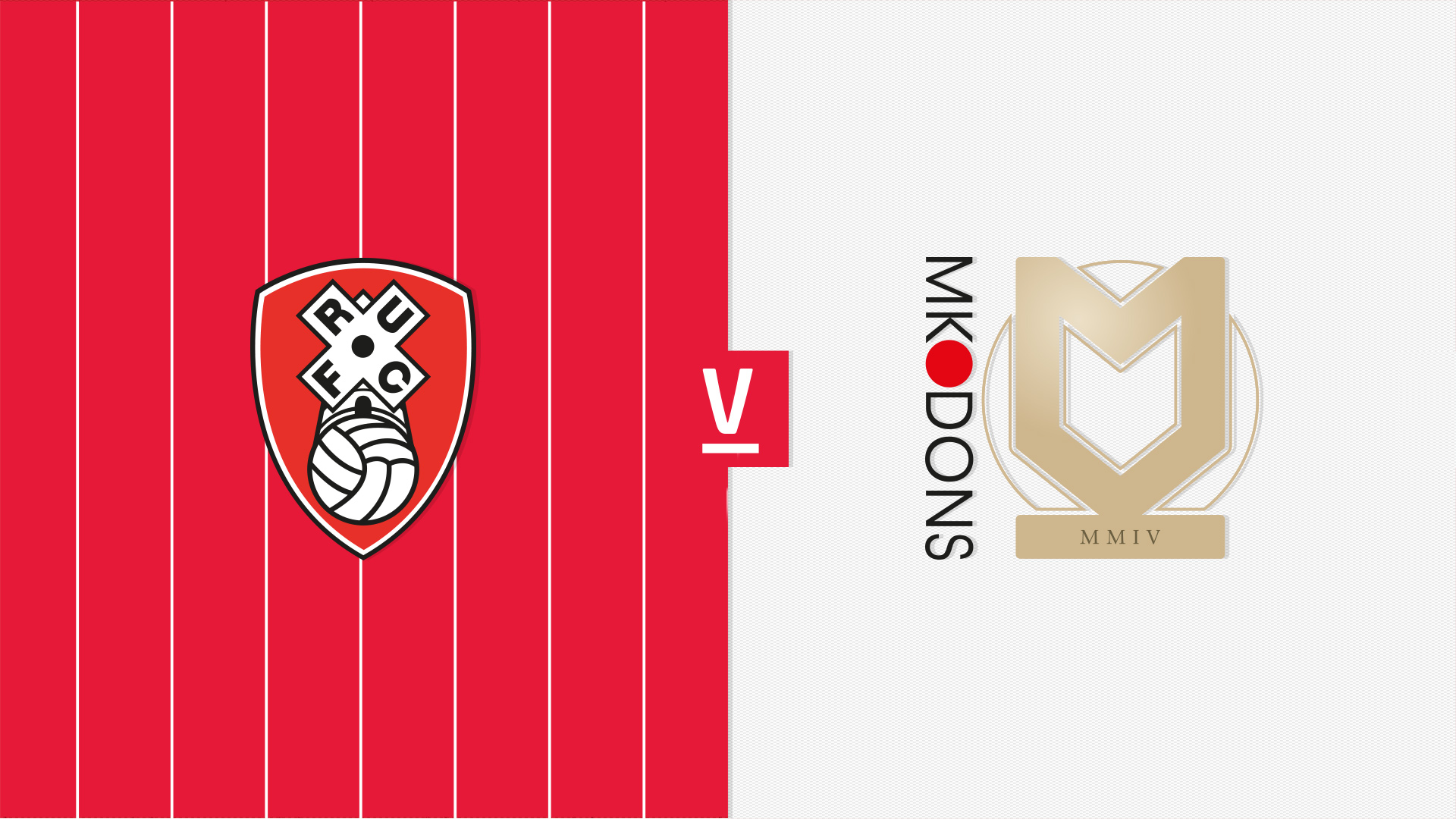 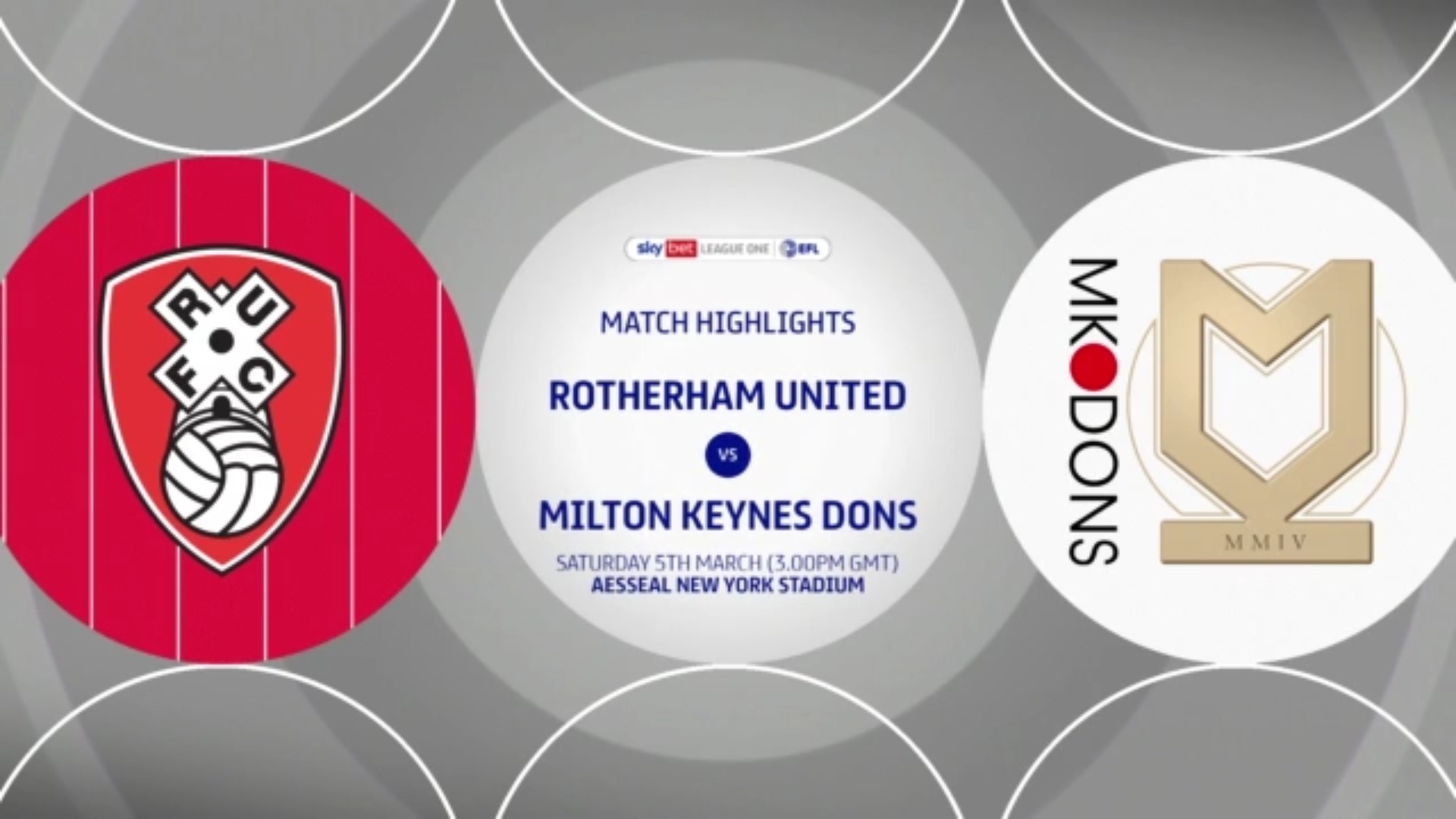 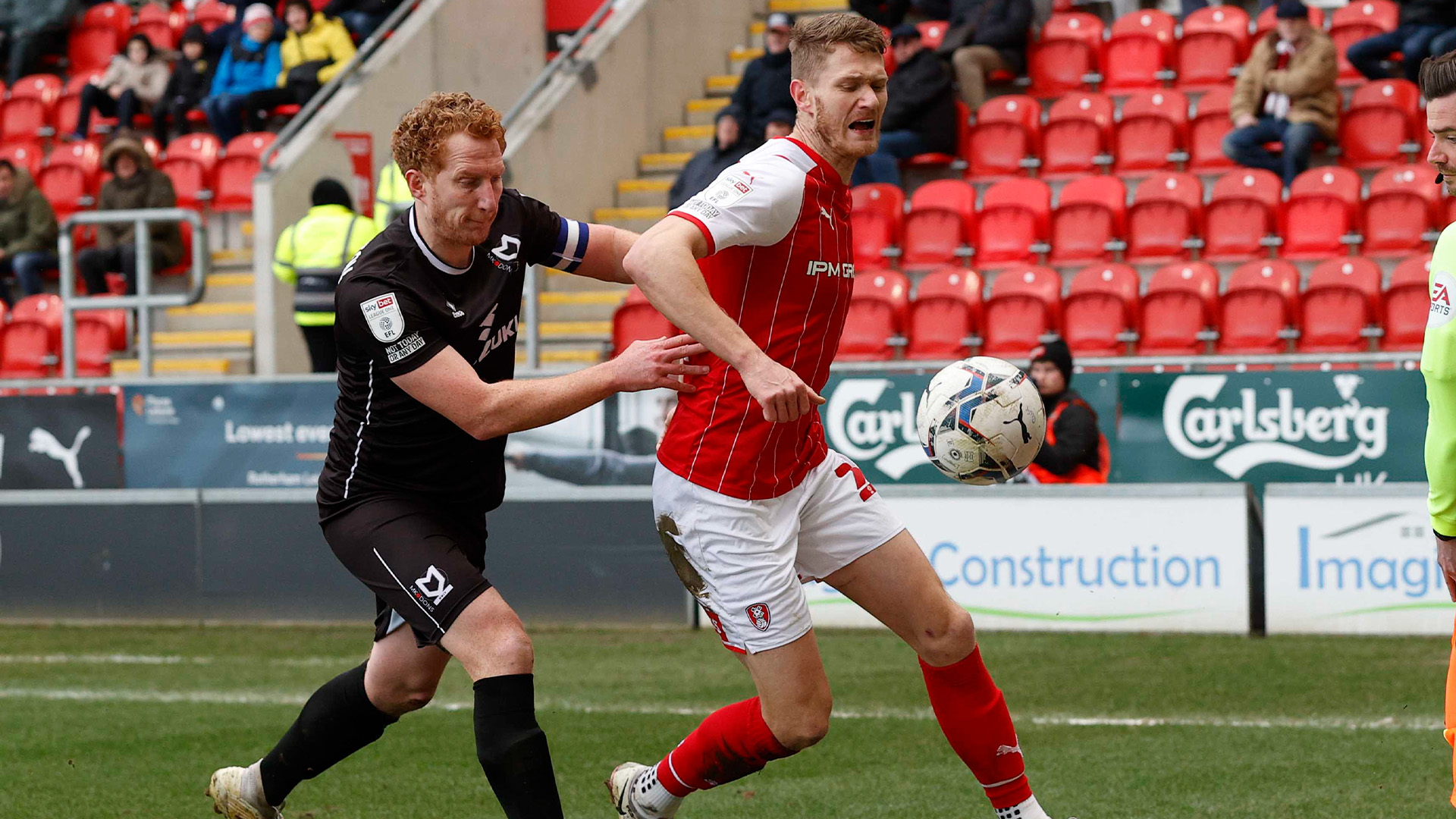