Rotherham United breathed new life into their Sky Bet League One automatic promotion challenge by brushing aside the challenge of Lincoln City following a double salvo, in the early stages of the game, but it was a far from routine victory for the hosts.

Paul Warne’s side maintained the pace at the top of the standings, while taking full advantage of their game in hand on third-placed Milton Keynes Dons by earning a much-needed win.

The Millers made the perfect start when they raced into a two goal lead within the opening quarter thanks to Ben Wiles’ ninth goal of the season in all competitions before Chiedozie Ogbene grabbed just his fourth goal in Rotherham colours.

Warne’s side never managed a third goal which would have ended any hopes of a Lincoln fightback, and the game was back in the balance when Tom Hooper swept home from Cohen Bramall’s cross with nine minutes to go.

Following their hard-fought draw with Wycombe Wanderers last time out, Warne made three changes to his starting line-up for the visit of the Imps.

Experienced operator Joe Mattock was drafted into the home back three while Mickel Miller was rewarded for some impressive cameos of late, by earning a starting berth.

Young forward Joshua Kayode celebrated his call-up to the Republic of Ireland Under-21s side by being named alongside Michael Smith.

The Millers made some early inroads and Ogbene forced a corner from which Miller delivered a delicious centre which narrowly evaded a number of home runners.

Warne’s side came close to the breakthrough, in the fifth minute, when Rotherham turned defence into attack in the blink of an eye and Smith’s clever lay-off saw Miller stretch his legs to race clear, before clipping a centre which was behind Kayode, but fell kindly for Wiles, who looked set to slot home, but Jordan Wright showed good reflexes to divert his low shot to safety.

Minutes later, Josh Vickers, who was facing his former club, launched a long punt up field which was smartly flicked on by Kayode, into the path of Smith, but the Millers marksman could not get the ball under his spell, and the chance was lost.

The Millers were rewarded for their fast start when they broke the deadlock on 11 minutes.

The visitors failed to clear the danger and Ollie Rathbone latched onto the loose ball before slipping a perfectly-weighted pass into the stride of Wiles, who made no mistake, this time, to thread a low shot which evaded the attentions of Wright to find the Imps net via the inside of the far post.

The Millers were looking in red-hot form, and they took a firm grip on the game, by doubling their lead just two minutes later.

Rathbone was again the architect when he injected pace into a home move before presenting Wiles with the chance to burst forward and the Rawmarsh-born midfielder went from scorer to provider with a timely pass for Ogbene, who stroked a lovely low effort, which skipped off the AESSEAL New York Stadium surface to deceive Wright, who was powerless, as the ball found the far corner of the net.

Michael Appleton’s men were not at the races in the early stages until skipper Tom Hopper had their first sight in anger when he blasted wide, following Lewis Florini’s through ball.

The Millers were playing at their high-intensity best, and Lincoln had no answers when Dan Barlaser’s piledriver was bravely blocked by Adam Jackson. Kayode had an acrobatic effort which failed to trouble the target before Mattock’s header was plucked out of the sky by Wright, although a flag had been raised.

Warne’s side were going for the jugular, and Ogbene’s ball saw Wiles plant a tantalising centre across the face of the Lincoln goal and Miller, was inches away from a tap-in, at the far post.

In a rare foray from the Imps, Ted Bishop made the best out of fortunate ricochet to fire a long effort from distance which flew harmlessly wide.

Normal service was resumed when Ogbene skipped to the touchline before pulling the ball back to Smith, who for once failed to make the most of the opening with a tame effort which was blocked en-route to goal, before the Millers top-scorer nodded wide from Michael Ihiekwe’s cross, just seconds later.

An impressive half ended on a sour note for the Millers when Rathbone became the first to see yellow for back-to-back fouls on Bishop before Vickers was called into action to palm Cohen Bramall’s dipping free-kick away from goal, in the resultant play.

The Millers withstood an early second half rally from the visitors before Hopper was booked for a clumsy foul on Mattock while Wiles clipped an effort into the grateful hands of Wright following good work by Smith.

Kayode had faint appeals for a spot kick when he took a tumble in the box before the home side had a scare at the other end when Joe Walsh nodded goalwards but Mattock was on-hand to hack clear from near his own line.

The game was getting stretched and Lincoln, who were now attacking their travelling fans, were making the match much more of a contest.

The visitors had their best move of the match when Florini’s diagonal ball was caught on the volley by Bramall, who put the ball back into the danger area, but Hopper fluffed his lines when he blasted over from just yards out.

The Millers squandered an opportunity on the counter when Miller’s overhit through ball ran away from Smith, who would have been in the clear.

Warne’s side were struggling to recreate their first-half rhythm and the Millers chief made a double change, with just over twenty minutes remaining, when Angus MacDonald and Wes Harding were introduced into the fray.

Fellow defender, Wood was needlessly booked for preventing Lincoln from taking a free-kick before the visitors halved the deficit with nine minutes to go.

MacDonald was guilty of overplaying at the back and Lincoln punished the Millers when a lovely ball over the top was inch-perfect for Bramall, to play an inviting ball on the wrong side of a backtracking Rotherham defence, and Hopper kept his nerve to sweep the ball past Vickers.

With just a slender advantage at their disposal, the Millers were now looking a little edgy, and the shackles were broken temporarily when sub Hakeem Odoffin drilled a low effort which forced Wright into a sprawling save before Walsh was carded, following a cynical foul on halfway.

The Millers’ first-half dominance was now a distant memory and there was further drama to come, in the dying seconds, when a hopeful punt into the box saw Hopper’s knockdown pave the way for Liam Cullen to strike goalwards but Vickers was his equal with a fine save before sub Lasse Sorensen fired over with the goal at his mercy. 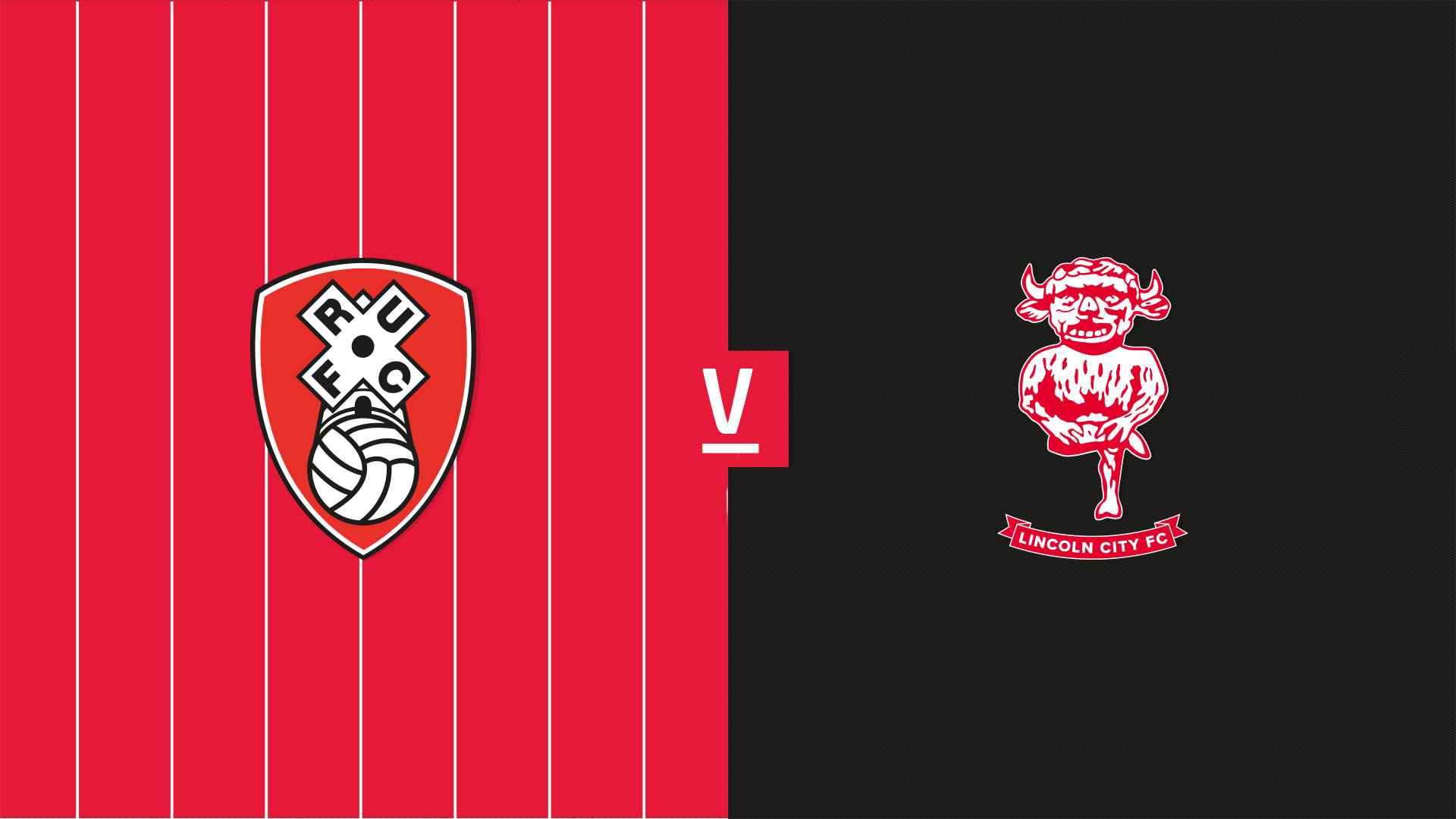 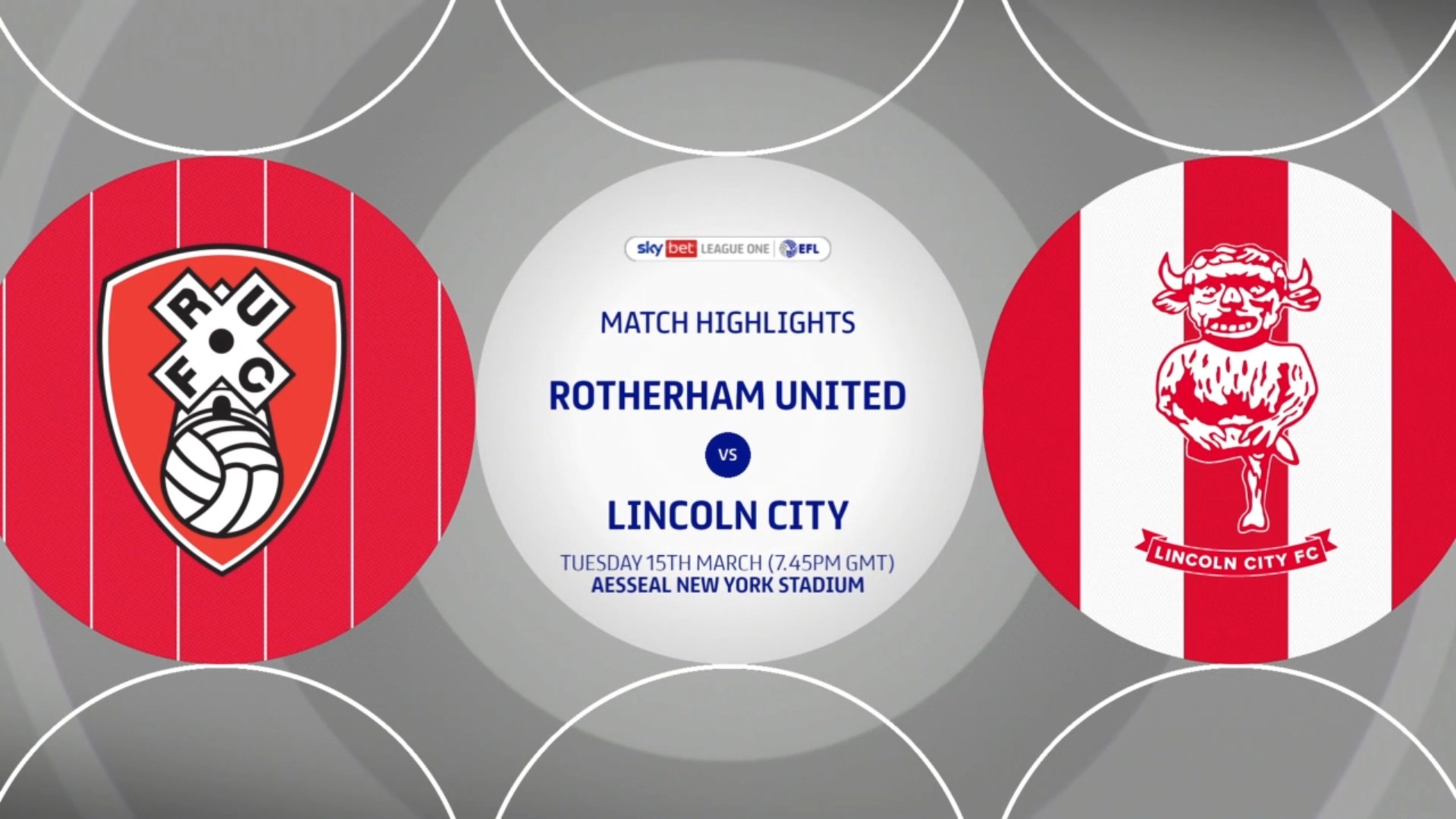 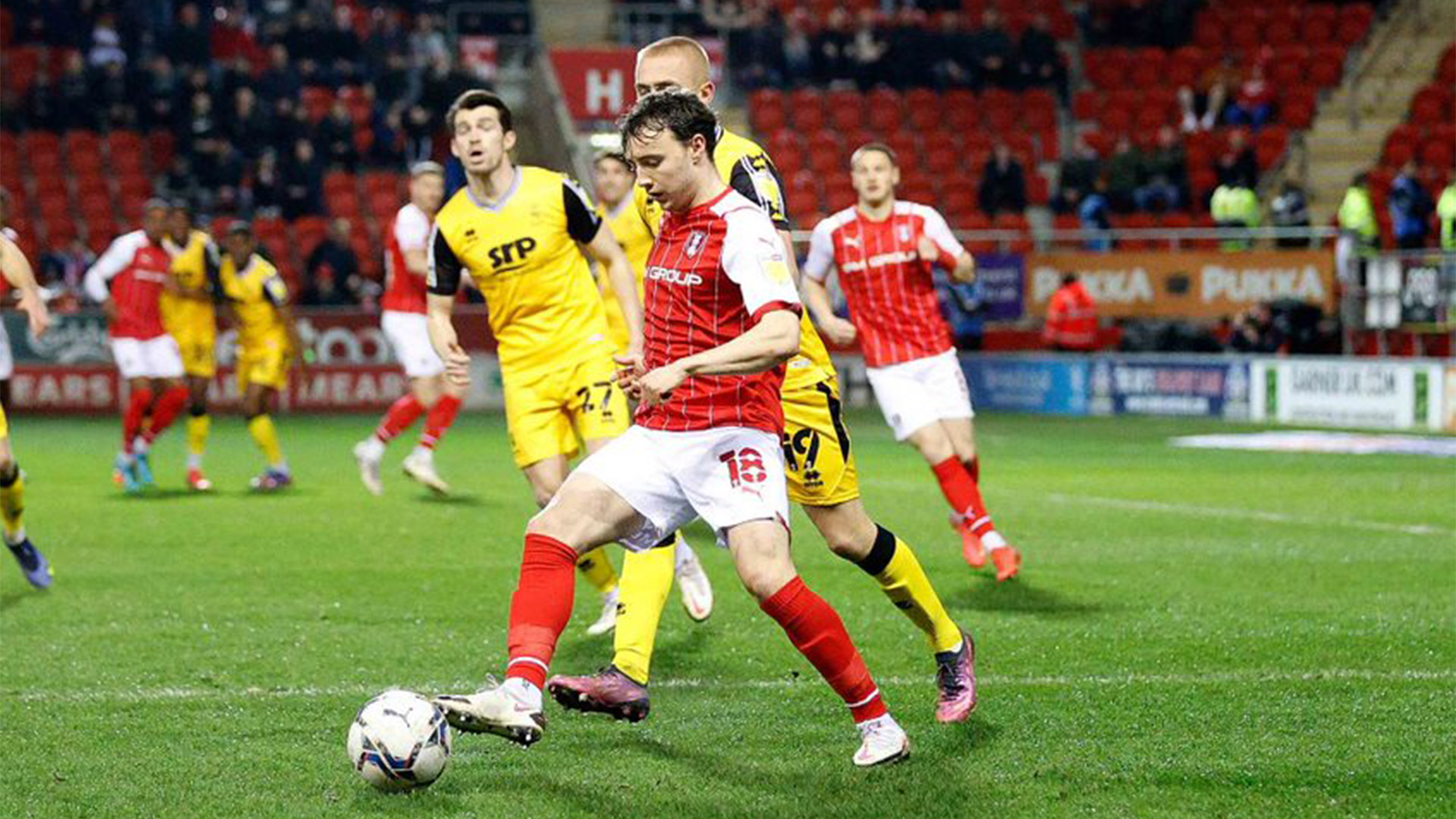