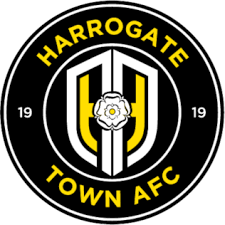 Rotherham United remain unbeaten in their pre-season campaign to date after brushing aside the challenge of League Two, Harrogate Town, following an impressive display in North Yorkshire.

Michael Smith notched an early brace before Michael Ihiekwe added a third, early in the second half.

Following a flurry of changes by both sides, Town had a late rally when Luke Armstrong reduced the arrears, but it proved to be just a consolation.

Millers boss Paul Warne reshuffled his pack for their second friendly outing in the space of 24 hours.

The visiting team, largely, consisted of those, who were introduced in the latter stages of their comeback draw at Spotland.

In sun-drenched conditions, the Millers opened the scoring with their first foray of note on seven minutes.

Jamie Lindsay fought hard to win possession before being clumsily bundled over by a retreating Town defender, and the visitors punished the home side for their indiscretion from the resultant free-kick.

Dan Barlaser flighted a cross from the touchline which hung in the air and Smith, in typical fashion, rose highest to plant a downward header which beat the outstretched hand of Joe Cracknell to find the bottom corner of the home goal.

The Millers had to withstand a few half-chances from the hosts before they doubled their advantage, just before the quarter hour.

Youngster Jacob Gratton planted a hopeful ball in the box, but Nathan Sheron made a hash of an attempted clearance, and Smith pounced on his error, by nipping in front of Cracknell, to clip a point-blank effort which found the Town goal, via the inside of the post.

The Millers were looking potent in the attacking areas of the pitch and they came within a coat of paint of adding a third when Gratton got the ball from under his feet, before firing a rasping effort from distance which beat Cracknell but struck the woodwork before Shane Ferguson, on his first full start in Millers colours, was the quickest to the rebound, but his left-footed effort was parried to safety by the home stopper.

Harrogate had a good spell, just prior to the interval, and Sheron cut inside to deliver a tantalising centre which was met by the head of Jack Muldoon, but he failed to trouble Josh Vickers, in the Millers goal, as his effort flashed past the far post.

The Millers made a couple of changes at the break with ‘keeper Josh Chapman tasting action for the first time and youngster Sam Greenhouse introduced.

Warne’s side continued to control affairs at the Envirovent Stadium, and it was no surprise when they notched a third goal, just nine minutes into the half, with a set-piece routine, worked on the training pitch.

Ferguson was the provider with a swinging corner into the box, and several Millers players, who were lined up on the edge of the area, charged into the danger area, and Ihiekwe was the grateful recipient, as he kept his nerve to stroke the ball into the heart of the Town goal following a composed finish.

Both sides traded chances when Jamie Lindsay’s barnstorming run ended with a ricochet which whistled narrowly wide before home sub Alex Pattison stung the palms of Chapman with a well-struck effort.

The home side were boosted by a quintet of changes and one of those, Armstrong got himself on the scoresheet with a sweet strike from the edge of the box.

Warne rang the changes, near the end, but a youthful defence held firm, and Hamish Douglas almost added gloss to the scoreline with a crackerjack of a strike which smashed the home woodwork.