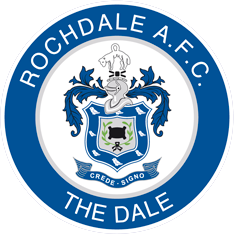 Rotherham United made their return to action on English shores following their overseas training camp in Budapest with a hard-fought 2-2 draw against Sky Bet League Two’s Rochdale on Tuesday night.

Paul Warne’s side showed great resolve in the midst of the British heatwave and following their week away in Hungary to claw their way back from two down in Lancashire to earn themselves a draw, with the equaliser coming in the dying embers of the game.

All four of the game’s goals came following the interval with Dale forward Jake Beesley helping himself to a brace, before substitutes Chieo Ogbene and Michael Ihiekwe etched their name on the scoresheet in a dramatic climax in Rochdale.

Almost fresh off the plane following their arrival in Manchester on Sunday, the majority of the first team squad hopped across the Pennines to take on Dale in the club’s third official pre-season friendly ahead of the 2021/22 campaign.

Earlier tests against Parkgate and III. Keruleti TVE had preceded the game in Lancashire with the Millers winning both with conviction and, after a week of intense fitness work among the Hungarian hills, the level stepped up against Dale.

It was the hosts who made the early running though with former Sheffield United utility man Matty Done posing problems on a couple of occasions in the opening five minutes with the latter of his forays forward seeing him pick out Alex Newby with a cross, whose ball back across the face of goal intended for Jake Beesley flashed wide.

Half chances came and went for Kieran Sadlier and Mickel Miller before quarter of an hour had passed but neither amounted to much with Jimmy McNulty blocking the path to goal at the second attempt.

With temperatures in England still in the high 20s the two sides paused to take on fluids before a Millers free kick almost saw skipper Richard Wood threaten in the air, only for Sadlier’s free kick delivery to be too powerful for him to meet at the back post.

Viktor Johansson made his first save of note after the 30-minute mark as Newby’s rasping half-volley found the target but not the back of the net with the Swede beating away his powerful strike.

A sweeping counter attack from Warne’s men instigated by Ladapo almost proved devastating after Dan Barlaser had found Ben Wiles in attack but stopper Jay Lynch was alert to the danger, denying the midfielder the opener.

Millers boss Warne refused the temptation to make wholesale changes at the interval introducing just the one substitute at the break with Michael Ihiekwe coming on to replace Jake Hull at the heart of the defence.

It was a change that almost paid dividends straight away with Ihiekwe involved in an attacking capacity as his downward header from a Sadlier delivery found the target but didn’t have the required power to trouble the goalkeeper.

Sadlier had made his presence known to Rochdale in the final third and did so again with just under an hour played, combining with Joshua Kayode to allow Ladapo another shot on goal which this time found the arms of the ‘keeper.

With both sides struggling to really threaten in open play, it was inevitable that the opener would come from a dead ball situation and it did after Rochdale were handed an opportunity from the penalty spot following a Joe Mattock foul on Oliver Rathbone.

Beesley was the man tasked with facing Johansson from 12 yards and despite the ‘keeper guessing the right way, Rochdale took the lead with the power on the strike too much for the Swede to deny.

Warne’s men almost found an instant response when Miller dug out a cross for Ladapo, who this time had an effort cleared off the line by trialist for the hosts to preserve Dale’s advantage.

With 20 minutes left though, Dale added a second and it was a pair who had posed problems all evening that helped them to it.

Newby was this time the architect as he broke into the Millers penalty area before cutting the ball back for Beesley, who finished in emphatic style to make it 2-0.

That was the cue for a host of Millers changes which included new signing Shane Ferguson introduced for the first time as a Rotherham United player, alongside Michael Smith, Chieo Ogbene and Jamie Lindsay.

Despite the changes, Rochdale didn’t relent and came close again when Abraham Odoh showed fleet of foot to evade a challenge before bending an effort just around the far post with Johansson looking beaten.

The newly-introduced Smith got involved in the final third when he expertly knocked down a Harding ball forward into the path of skipper Wood, who pounced and was unlucky to see his effort lifted over the top of the crossbar.

The Millers did get their reward for their persistence after 82 minutes had elapsed and it was another substitute who got the goal. A typically electric burst from Ogbene carried him into the Dale area, where he kept his cool to curl the ball into the bottom corner and halve the deficit at 2-1.

The goalscorer was involved again as he made himself a nuisance high up the pitch to win the Millers a free kick which would prove crucial just moments later.

It was following that set piece that new signing Ferguson delivered a sumptuous cross into the penalty area, paving the way for Ihiekwe to rise highest and steer a header home with virtually the last touch of the game to ensure that it ended honours even at 2-2 at the Crown Oil Arena.