Michael Smith’s 19th goal of the season in all competitions proved decisive as Rotherham United bounced back to winning ways to see off the challenge of Cheltenham Town at the AESSEAL New York Stadium.

Paul Warne’s side shrugged off the disappointing nature of last week’s reversal at the hands of Fleetwood Town, to breathe new life into their Sky Bet League One promotion challenge thanks to man-of-the-match Smith’s first-half strike.

Warne made three changes to his starting line-up for the visit of the Robins.

Jamaican international Wes Harding was drafted back into the home line-up at the expense of Rarmani Edmonds-Green, who had to settle for a substitutes berth.

Mickel Miller shrugged off a recent injury setback to take his place in the left-wing back slot while Freddie Ladapo got the nod in one of the forward berths, alongside top-scorer Smith.

The visitors were forced into an early defensive reshuffle when Sean Long was replaced following lengthy treatment.

The game sprang to life when former Doncaster player Alfie May’s floated cross was plucked out of the sky by Josh Vickers before Ben Wiles got on the end of Miller’s clip over the top, at the other end, but the Rawmarsh-born midfielder could not keep down his shot, as his effort narrowly cleared the Cheltenham crossbar.

Minutes later, Chiedozie Ogbene was unceremoniously bundled over by Lewis Freestone in full flow and Rotherham almost punished him for his error when Dan Barlaser caressed the resultant free-kick into the box, and Wiles escaped from his marker, but could only glance a header wide of the target.

The Robins were proving a tough nut to crack until Barlaser’s clipped free kick was nodded down by Michael Ihiekwe, into the path of Smith, who looked to flick home from close range, but a retreating defender hoicked the ball away from goal.

From the resultant corner, Miller expertly planted the ball underneath the Robins crossbar, and Smith was one of a number of Rotherham runners, including Richard Wood and Ladapo, who looked to get a telling touch, but the referee blew for an infringement, and the pressure was released on the visitors.

Warne’s men were turning up the heat and Wiles fired into the away fans behind the goal from distance before Ollie Rathbone stung the palms of Owen Evans with a bobbling long-range effort, just seconds later.

The Millers were knocking on the door, and Cheltenham’s resistance was finally broken on 24 minutes.

There looked little danger for the visitors until Ihiekwe’s long punt from defence saw Smith in a duel with Will Boyle. The Robins skipper may have misjudged the ball in the air under pressure from Smith, and Rotherham’s leading marksman got on the wrong side of him, to advance menacingly into the box, and fire a low right-footed effort, which nestled in the net, possibly via the inside of the post.

Boyle’s afternoon soon went from bad to worse when he was yellow-carded for a crude challenge on Wiles but the visiting centre-half was given a huge reprieve from the referee, when he tripped Rathbone near the touchline, but no further action was taken, despite the consternation of the AESSEAL New York Stadium faithful, and the home coaching staff, who were just yards from the incident.

Robins striker Dan Nlundulu was not so fortunate when he was cautioned for a late collision with Vickers, who was clearing the ball outside his area.

Just prior to the break, Rotherham had a rare scare when May took advantage of some hesitant home defending to fire narrowly over the bar, from a tight angle.

The Millers had a bright start to the second half and Smith headed over from Miller’s corner before Wood was almost the grateful recipient of Rathbone’s clearance, after the breakdown of a home corner, but Evans was quick off his line to snuff out the danger.

There was a long pause in the action when Smith needed treatment following an aerial clash, before May’s slide-rule pass slipped in Callum Wright, who looked set to bare down on Vickers, but he bizarrely cut inside, instead of heading directly for goal, and the chance was lost.

Just past the hour mark, Rathbone volleyed harmlessly over following Wiles’ deft flick before Rotherham missed a gilt-edged chance to give themselves some much-needed breathing space when Barlaser’s cross was only half-cleared by a backtracking Robins defender into the path of the on-rushing Ladapo, who looked set to slot home, but the home striker fluffed his lines by blasting high, wide and not very handsome.

The home fans were in full voice when Ogbene appeared to be felled by Freestone in the box, but the referee waved away vociferous appeals for a spot kick before Rotherham were denied a second goal, by an offside award.

Miller again showed his quality with his left foot by delivering a delicious centre which was inch-perfect for Smith, who cleverly steered his header into the far corner of the net.

The Geordie striker celebrated in his trademark Alan Shearer style, but his joy and that of the home fans were curtailed by the assistant referee’s flag.

Rotherham’s lead was a slender one, though, and Charlie Raglan fired well wide with an ambitious effort before Wright cleverly worked an opening to trickle a low shot which was comfortably gathered by Vickers.

With time running out for the visitors, Liam Sercombe found himself in hot water for a clumsy challenge on Barlaser, on halfway, to earn a deserved yellow-card before Harding headed over from Wiles’ pinpoint cross.

There were anxious gasps from the AESSEAL New York Stadium faithful when nine minutes of stoppage time was announced.

Cheltenham poured bodies forward in pursuit of an equaliser and Wright’s swerving shot from distance was smartly gathered by Vickers on his own goal line but Rotherham showed good game management, to earn a narrow, but well-deserved victory. 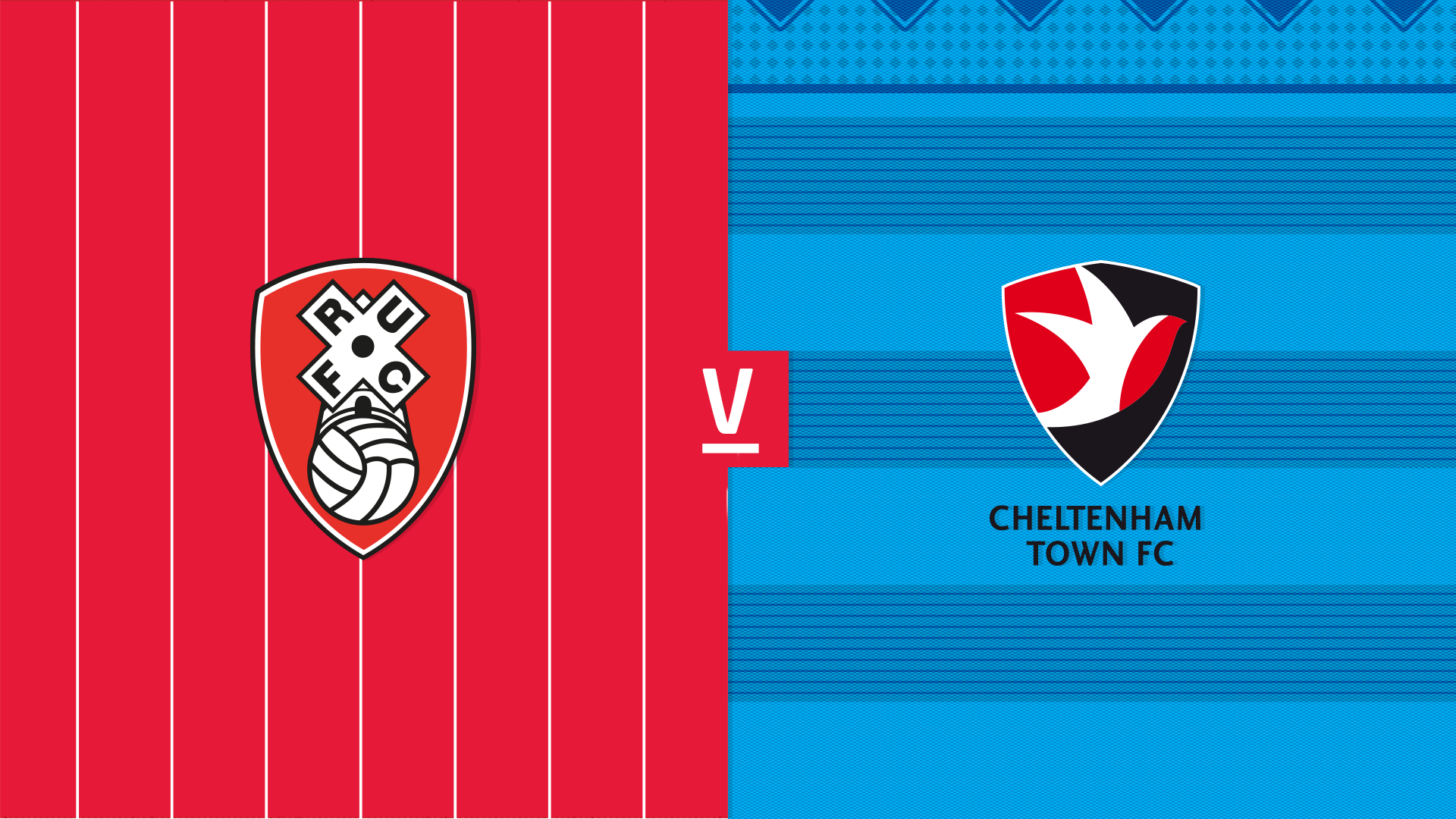 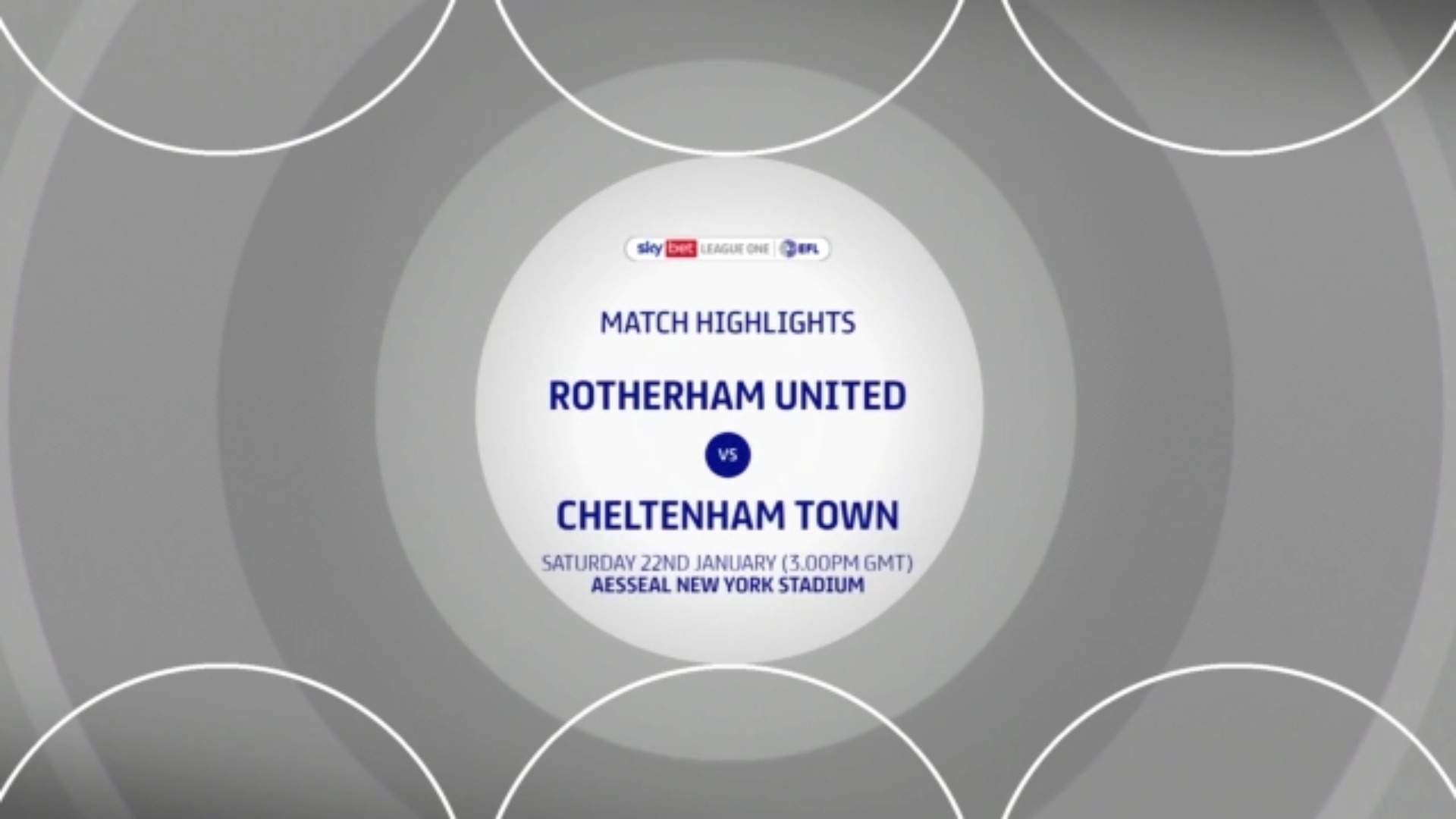 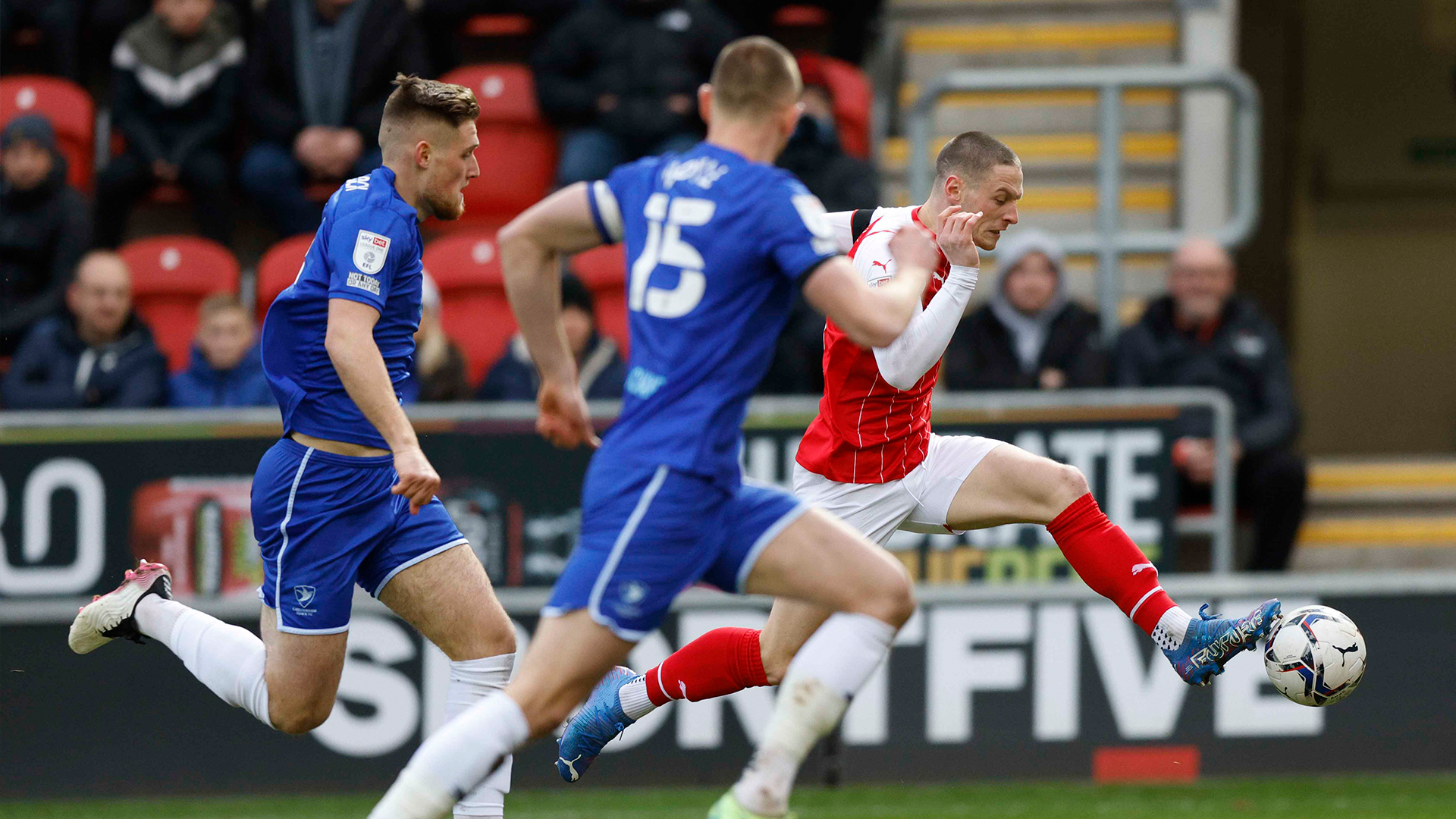