The Millers move back to the summit of Sky Bet League One with a win over Bolton Wanderers on New Year's Day...

The New Year celebrations were in full swing at the AESSEAL New York Stadium as Rotherham United returned to the top of the Sky Bet League One standings, following a nail-biting victory over Bolton Wanderers.

Michael Smith was the Millers hero with his 16th and 17th goals of the season in all competitions, after Eoin Doyle had levelled matters for Wanderers, just shy of the break, but it was far from comfortable, after the Trotters missed two gilt-edged opportunities, in the dying seconds, to take a share of the spoils across the Pennines.

For their first outing of 2022, Millers boss Paul Warne made just a solitary change to the starting line-up, following their narrow Boxing Day reversal, at the hands of Accrington Stanley.

Huddersfield loanee Rarmani Edmonds-Green was recalled to the home backline as Wes Harding had to settle for a place among the substitutes. Mickel Miller was not part of the Millers squad.

The Trotters, who were playing their first game in three weeks due to a Covid-19 outbreak, had the first sight of goal when Doyle scuffed a shot wide after Elias Kachunga had emerged from a cul-de-sac near the touchline.

Rotherham gradually took control of the affair and Chiedozie Ogbene had a shot blocked on the edge of the box before Michael Ihiekwe’s looping header was plucked out of the sky by Joel Dixon.

Minutes later, Dan Barlaser planted a cross into the danger area and a flick-on fell kindly for Ihiekwe, who looked on course to slot home, but Adam Senior bravely blocked his low effort, at close quarters.

Wanderers appeared to have weathered the storm, as they pressed the Millers high up the pitch, and it paid dividends when Doyle’s deft flick from Dapo Afolayan’s assist was smothered by Viktor Johansson.

Trotters boss Ian Evatt was carded, and almost dismissed, for vehement protests to the referee, before Shane Ferguson’s weak clearance with his weaker right-foot paved the way for Declan John, who was involved earlier in the move, to fire goalwards, and skipper Richard Wood, in an attempt to clear, got a slight touch to his shot and it wrong-footed Johansson, but the ball rolled tantalisingly wide.

Both sides traded chances when Smith’s header was inches away from Freddie Ladapo, who would have had a tap-in before Ihiekwe and then Wood were caught out by a long punt forward, at the other end, and Doyle bared down on goal, but Edmonds-Green put in a timely block, to divert his effort over the bar.

The game sprang to life, just before the interval, when Rotherham broke the deadlock, but any joy was short-lived as Bolton equalised just 90 seconds later.

Firstly, Bolton failed to clear the danger and Ben Wiles, the hero of the victory in the reverse fixture, pounced on the loose ball to find Ferguson, who hung up a delicate centre into the danger area, and Smith emerged from a ruck of bodies in the six-yard box, to power a point-blank header into the roof of the net, giving Dixon no chance.

There is a school of thought that you are must vulnerable when you’ve scored, and the adage proved true when Bolton responded immediately with their next attack.

Afolayan waltzed down the left flank with no Rotherham player putting in a tackle and his inside pass presented George Johnston with the chance to put the ball into the box, and Doyle, despite having his back to goal, got a yard of space on Wood, before firing a tame, but accurate shot, which agonisingly squirmed under the body of Johansson, before finding the heart of the Rotherham goal.

The Trotters were boosted by the leveller and after Afolayan was yellow-carded for a foul on Ogbene, George Thomason had the last chance of the half when his long range effort was smartly saved by Johansson.

Attacking the Kop End, Rotherham were quick out of the blocks at the start of the second half when Ogbene was snuffed out by the impressive Ricardo Almeida Santos before Will Aimson turned an Edmonds-Green cross over his own bar.

Ogbene was cautioned for pulling back Johnston before John ghosted in unchallenged before clipping a shot which Johansson, who was partially unsighted, diverted away from goal.

In almost a carbon copy of the Millers opener, Ferguson and Smith combined again, but this time Dixon was well-stationed to keep out Smith’s downward header before Freddie Ladapo blazed wide from an improbable angle.

Bolton were clearly intent on slowing down the game and Dixon was rightly penalised for time-wasting, before the Bolton stopper went from villain to hero with a superb double save, in a matter of seconds.

Firstly, Ferguson delivered another inviting cross which Ogbene headed back across goal, and despite Smith being unable to turn the ball home, from just yards out, Ladapo smashed the loose ball goalwards but Dixon somehow pulled off a reflex point-blank save, against all the odds, which drew gasps from all four corners of the stadium.

Dixon did not rest on his laurels and in the next phase of play, he dived smartly low to his right to keep out Edmonds-Green’s daisycutter.

The game was very much in the balance, but Rotherham made the decisive breakthrough with 16 minutes to go.

John had done fairly well to contain Ogbene’s blistering pace for most of the game, but on this occasion, he was powerless as the Republic of Ireland flyer left him in his wake with a turn of speed, before he planted an early cross, which gave Smith the opportunity to nip in front of Santos, to stoop and head home past Dixon.

Both teams traded yellow cards with Santos seeing yellow for dissent after not being awarded a free-kick before Edmonds-Green joined him in the book for hauling down Afolayan.

The AESSEAL New York Stadium was now in full voice, but the drama was far from over, as Bolton came on strong deep in stoppage time, with the Millers naturally jittery, with the carrot of returning to the top of the table, after Sunderland had temporarily usurped them following their midweek demolition of Sheffield Wednesday.

The Millers were hurrying their clearances and Bolton almost punished them when firstly Afolayan forced Johansson in a parried save before sub Harry Brockbank fired over when it looked easier to score.

Home nerves were now on the edge, and the Trotters should have grabbed a point with the last kick of the game when Johnston’s long throw skimmed off the head of Ihiekwe, but Afolayan blasted over with the goal at his mercy, to the anguish of the Bolton followers behind the goal.

The final whistle sounded almost immediately to the relief of all those with a Rotherham United persuasion, as the Millers returned to winning ways at the first opportunity, following their Accrington setback, bringing huge acclaim from the ‘Red and White’ faithful and the Millers coaching staff. 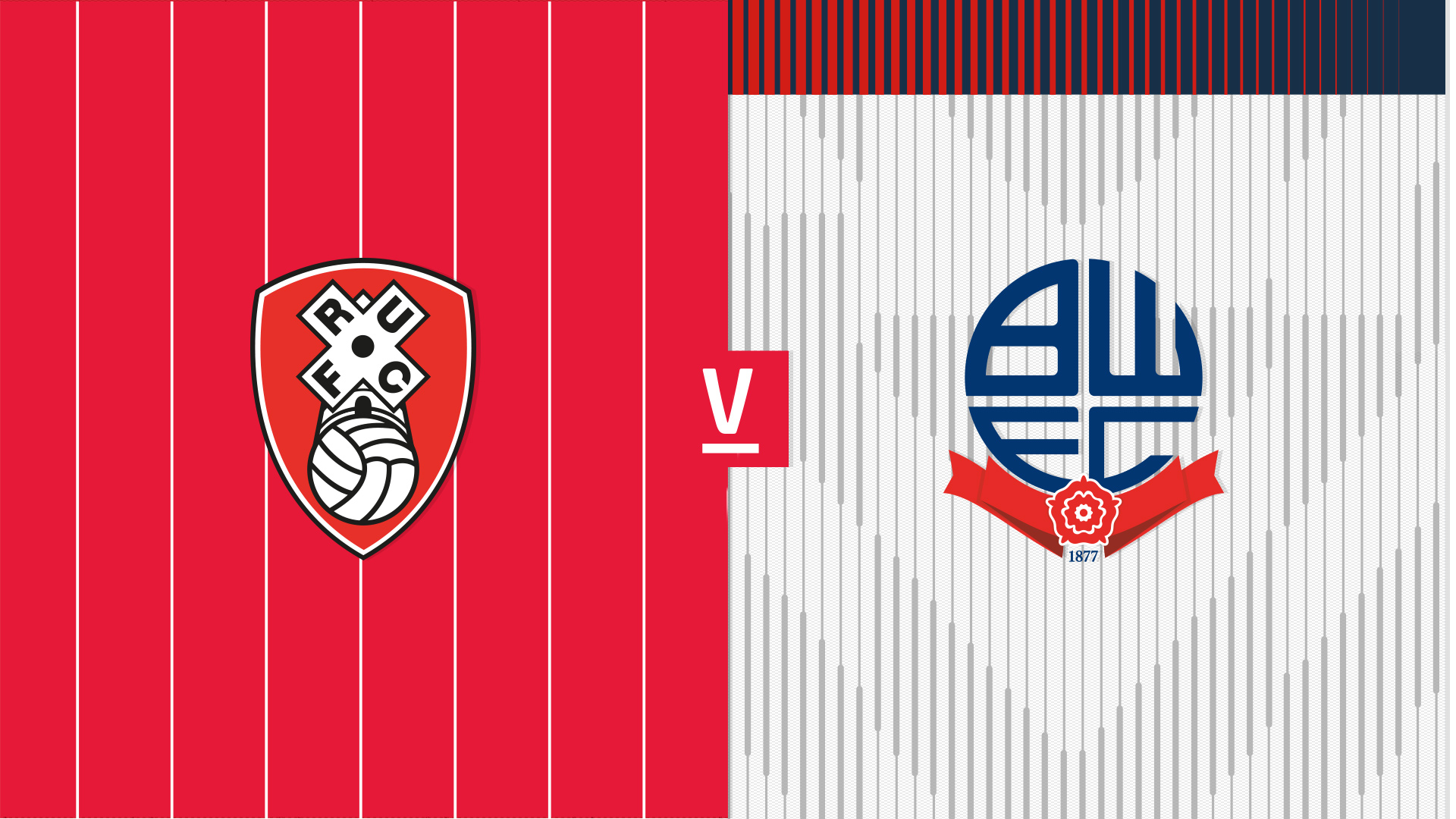 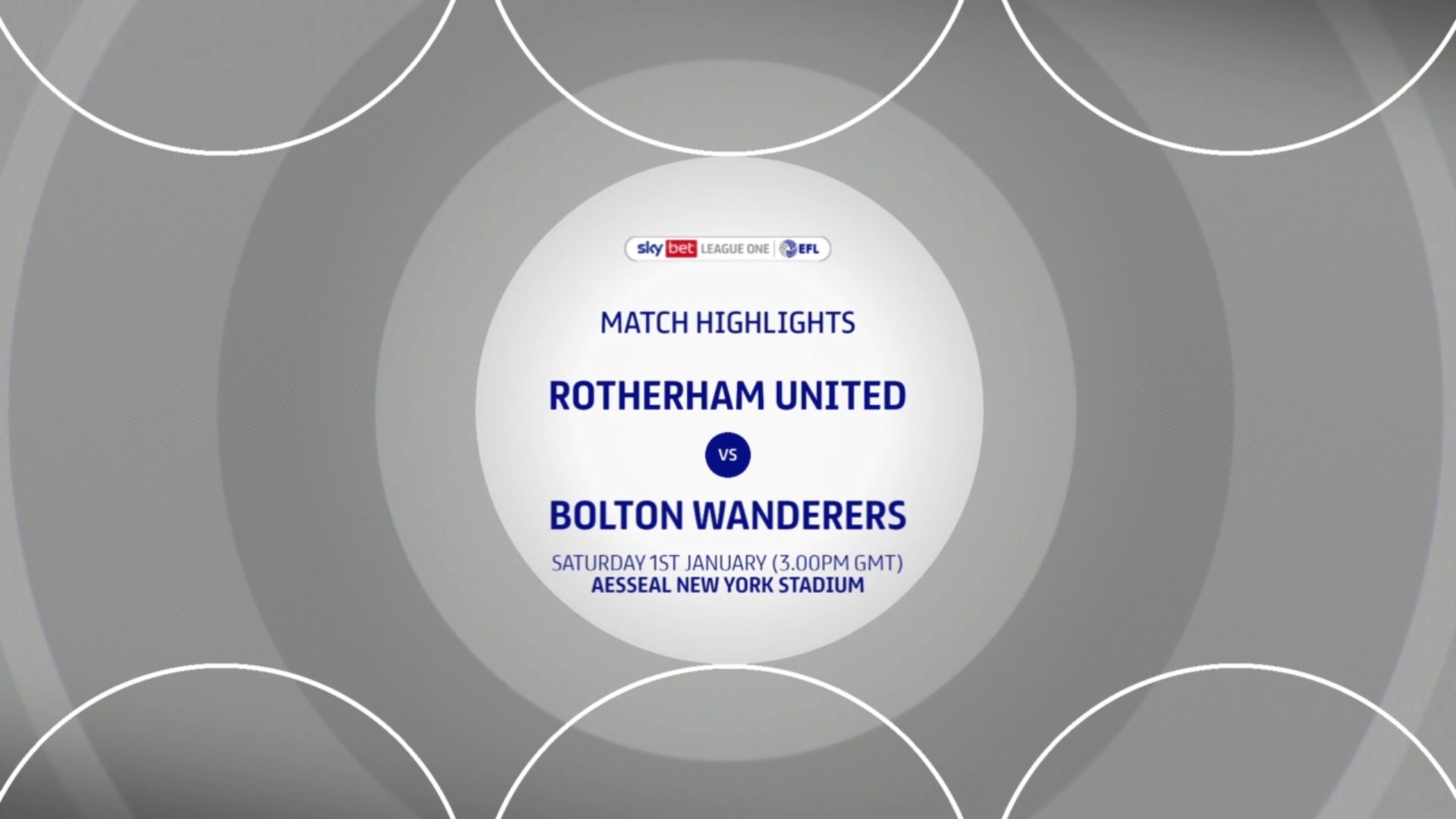 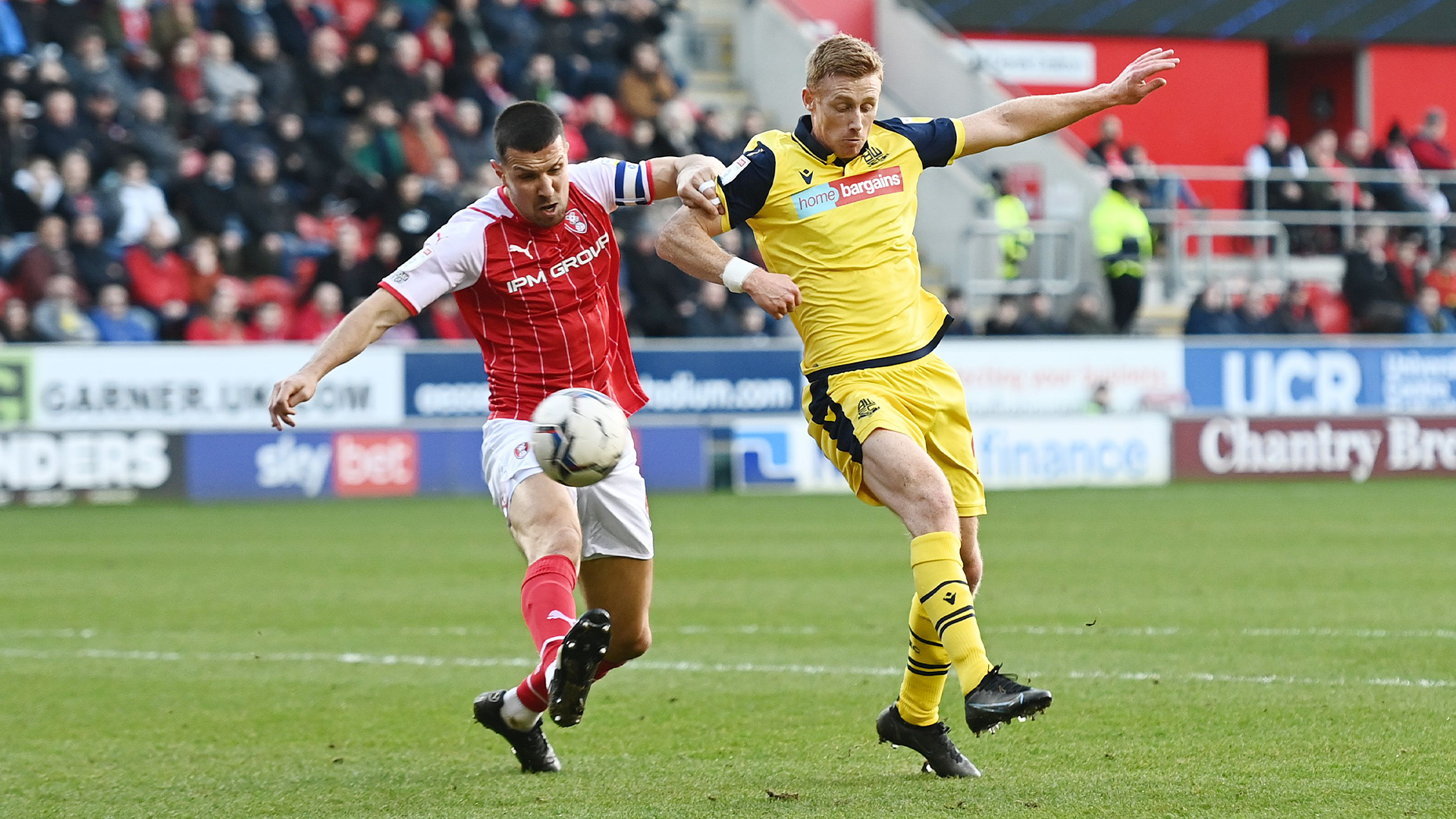