It was honours even in the battle of Sky Bet League One’s top-two after Rotherham United and Wigan Athletic played out a tight, but enthralling clash at a rocking AESSEAL New York Stadium.

The Millers maintained their lead at the top of the standings after Ollie Rathbone’s superb strike from distance, just his second in Rotherham colours, cancelled out Stephen Humphrys first-half opener.

Following their derby heroics at Sheffield Wednesday last time out, Millers boss Paul Warne made just one change to his starting line-up for the visit of the second-placed Latics.

Rathbone was rewarded for his fine second half performance at Hillsborough, by being recalled in the Millers engine room, at the expense of Jamie Lindsay.

Last weekend’s goalscorers Freddie Ladapo and Michael Smith continued to lead the Rotherham line while ex-Miller Curtis Tilt was named in the Athletic side, just a month after making a permanent switch over the Pennines.

In a sizzling atmosphere, Rotherham had the first sight of goal in the early minutes when Shane Ferguson dragged a left-footed shot which failed to trouble the target.

The game was being played at a frenetic pace with chances few and far between until Rathbone looked to thread a through ball which evaded both Smith and Ferguson and Ben Amos was able to snuff out the danger.

The crowd were off their feet when Wes Harding embarked on a barnstorming run from deep, which saw him skip a number of visiting challenges but Rotherham failed to make the most of the opening.

Just before the half hour, Wigan, in almost their first real attack of note, broke the deadlock to silence the home faithful, who were in good voice until that point.

The Millers did not manage to deal with a long ball over the top, and Humphrys, who looked decidedly offside, advanced towards goal, but Michael Ihiekwe made up the yards to block his low shot, but Wigan kept up the pressure and Tom Naylor’s pass saw the ball find its way back to Humphrys, who made no mistake with his second effort, as he drilled a fierce left footed effort which beat the outstretched hand of Josh Vickers to find the bottom corner of the net.

Humphrys was proving a thorn in Rotherham’s side and a driving run from the Wigan forward threatened again but Chiedozie Ogbene tracked back superbly to prevent him getting his shot away.

Ogbene, in more familiar territory, planted a wicked cross which was diverted over his own bar by Athletic skipper Max Power.

Rotherham had their first spell of concerted pressure when Ferguson delivered a trio of corners. The first one was headed over by retreating Wigan defender while the next one was deflected into the side netting.

The pressure was finally released on the visitors when Wigan scrambled the ball away following a goalmouth scramble.

Attacking the Kop End, Warne’s side had the first opening in the second 45 when Smith’s delicate pass found Ladapo, with his back to goal, and the Rotherham frontman turned smartly before firing a low shot which was blocked at close quarters by a visiting defender.

It was the battle of the Republic of Ireland internationals when James McClean saw yellow for unnecessarily hauling his compatriot, Ogbene to the floor, near the touchline.

The Millers were upping the tempo, in front of a vociferous home following, and Wigan were indebted to Amos for preserving their slender lead when Ogbene and Wiles combined superbly, and the ball was played back into the path of Smith, who caressed a low effort towards goal but the Athletic stopper pulled off a fine save to his left, to keep the ball out.

There was no lost between former colleagues Richard Wood and Tilt, who clashed in the box, and the decibel level was raised further.

Arsenal flyer Jordi Osei-Tutu was thrown in for his home debut for a two-pronged pace threat from the flanks, and it was Ogbene, who delivered a lovely centre which Smith may have got the slightest of touches to but an unmarked Ihiekwe, was on his heels at the far post, and the chance was lost.

Wigan were trying to spoil Rotherham’s rhythm at every opportunity and Callum Lang deservedly saw yellow for kicking the ball away, long after the whistle had blown.

Millers frustration boiled over when Ihiekwe joined him in the book, again for kicking the ball away.

The home side had a significant let-off when McClean delivered a cross with his favoured left-foot, and Vickers failed to claim under pressure from a Wigan attacker and Lang was on-hand to turn the ball home, in front of the visiting fans.

The Athletic striker wheeled away in delight but any joy was cut short as the referee had adjudged a foul on the home stopper, which looked quite generous in hindsight.

The moment proved crucial as Rotherham levelled matters in their next attack with fifteen minutes go.

The home side worked their way upfield and a timely pass from the right flank from Ogbene saw Rathbone get the ball from under his feet before striking a rasping drive from distance and Amos was helpless, as the ball arrowed into the bottom corner of the net.

The Millers were going for the jugular and Ogbene’s first time cross caused havoc in the Wigan rearguard but a backtracking defender was fortunate as his mis-hit clearance evaded Rotherham runners.

It was Warne’s side, who were pushing for a winner late on, with Wigan seemingly content for a share of the spoils, and in a tense finish, Wiles was cautioned for a hefty challenge on Naylor.

The tension was ramped up when six-minutes of stoppage time was announced and Glen Rea overstepped the mark when he pulled back Osei-Tutu, to earn another yellow card, before Gavin Massey did the same, in the game’s last act.

The final whistle brought acclaim from all four corners of the ground as the status quo was maintained at the top of the table, after Wigan took a point back home, and Rotherham’s winning run of six successive league matches came to an end. 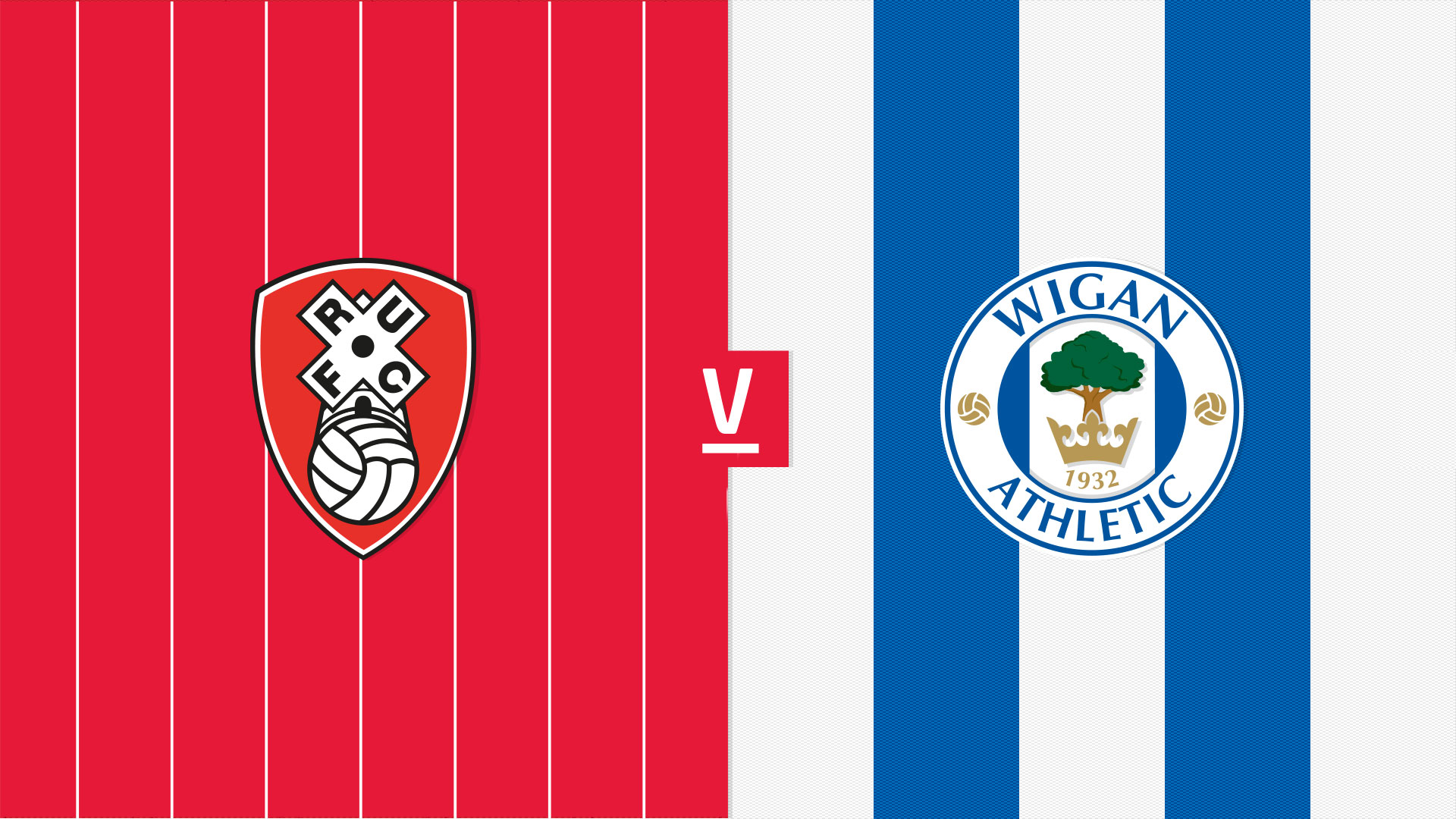 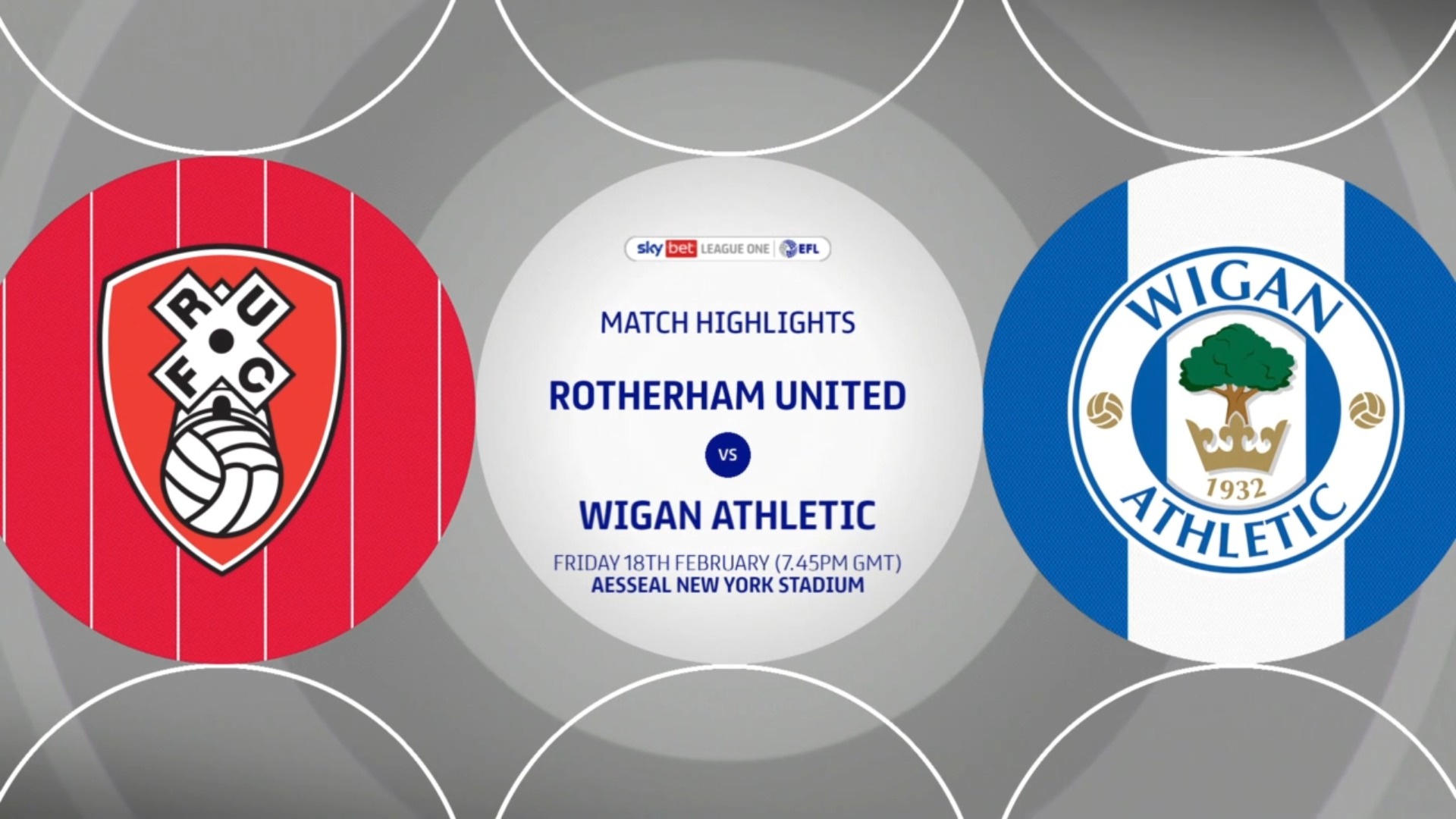 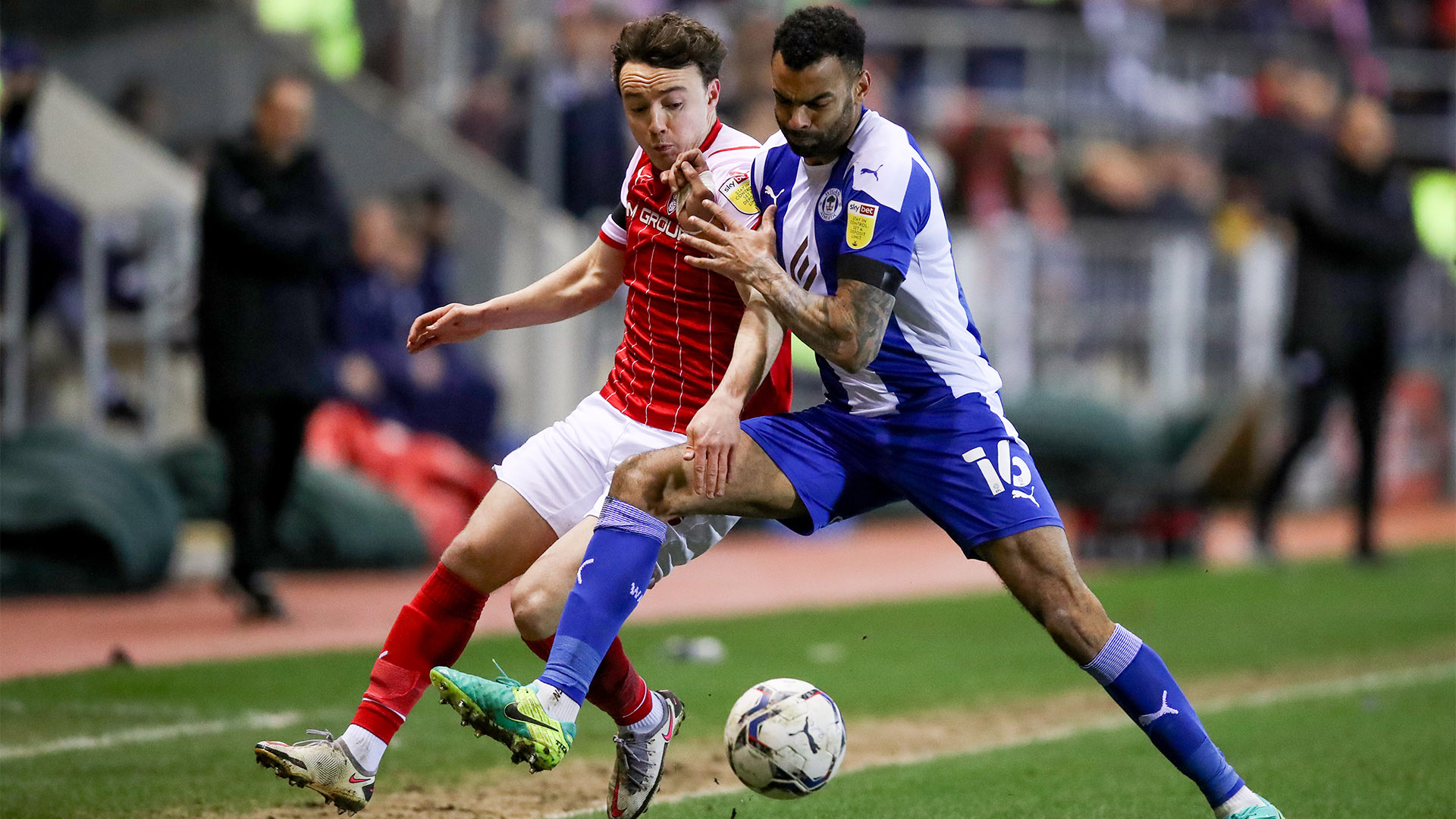