Freddie Ladapo’s 14th and 15th goals of the season in all competitions helped Rotherham United maintain the pace at the top of the Sky Bet League One standings, but it was a far from routine victory over relegation-threatened Morecambe.

Ladapo showed his predatory instincts with a classy brace, in the opening half-hour, but Morecambe’s challenge was a stiff one with Paul Warne’s side failing to land a decisive third goal, despite coming close on numerous occasions.

Following their top of the table clash with Wigan Athletic last time out, Warne just made a solitary change to his starting line-up.

Arsenal loanee Jordi Osei-Tutu was handed his Rotherham full debut while Republic of Ireland international Chiedozie Ogbene was named on the home bench.

The Shrimps were dealt a blow on the day of the game when manager Stephen Robinson left the club, to join St Mirren, and Barry Roche was placed in caretaker charge.

The Millers rubbed salt into the visitors wounds, by making the perfect start as they broke the deadlock after just four minutes.

The move started when Dan Barlaser arrowed a lovely cross field pass into the feet of Shane Ferguson, who controlled smartly, and despite the initial move being halted, Rotherham kept the pressure on the visitors, and Ollie Rathbone, threaded a ball into the feet of Ladapo, who got a yard on his marker, before showing excellent technique to execute a controlled shot, from the edge of the box, which fizzed into the roof of the Morecambe net giving Trevor Carson no chance.

Ladapo was looking lively in the early stages and he got the better of a tussle with Ousmane Fane, before dragging a left-footed shot wide before highly-rated Cole Stockton, had Morecambe’s first shot in anger, when his shot from the edge of the box was blocked en-route to goal and Josh Vickers had a comfortable take.

The visitors were settling into the contest and Shane McLoughlin injected pace into a move before clipping a centre which Stockton caught sweet on the volley, but Vickers was his equal with a fine save to his right, to keep the ball out.

Minutes later, McLoughlin delivered back-to-back corners which caused havoc in the home backline with Wes Harding eventually forced to head clear, from his station near the upright, to release the pressure on the hosts.

The Millers went within a coat of paint of doubling their lead when Ben Wiles knocked the ball back into the danger area and Michael Ihiekwe – despite having his back to goal – nodded the ball goalwards, and with Carson backtracking nervously, the ball struck the underside of the crossbar, before tantalisingly rolling to safety while Smith was agonisingly close to the rebound.

Both sides traded chances when Jonah Ayunga flashed a shot narrowly wide after good approach play from the visitors before Barlaser blazed a free-kick harmlessly over the bar, at the other end.

The Millers wasted a good chance to make it two when Rathbone exchanged passes with Osei-Tutu, but the ex-Rochdale midfielder, uncharacteristically, fluffed his lines, just yards out from goal, when he failed to make a telling connection, and the chance was lost.

However, Rotherham were not to be denied, and they doubled their lead on the half-hour mark, thanks to that man, Ladapo.

The Millers worked the opening from deep, and Barlaser oozed class, by firstly showing fleet of foot on halfway to leave his marker in his wake, before playing a perfectly-weighted pass which split open the Morecambe defence, and Ladapo was the grateful recipient, and he made no mistake to dribble a left-footed effort, which found the net via the inside of the post.

Warne’s side were looking to put the game to bed before the interval and Wiles’ incisive run ended when his shot was blocked before Ferguson let fly with a fierce left-footed effort which whistled narrowly past the upright.

The Shrimps, to their credit, were still looking a threat on the attacking third, and skipper Anthony O’Connor took advantage of errors from Harding and latterly Wiles, to dart into the box before delivering a cross, which Ayunga deftly flicked towards goal but Vickers stood up tall to snuff out the danger.

The Millers almost grabbed a third goal, just prior to the break, when Barlaser nipped the pocket of a Morecambe midfielder, and Ladapo’s through ball saw Smith advance towards goal, before drilling a low left-footed effort, which grazed the far post.

A slight gloss was taken of the Millers first-half performance when Wiles was harshly carded following an aerial duel with O’Connor.

The Millers, now attacking the KCM Waste Management Stand end, were quick out of the blocks at the start of the second half and a move involving Barlaser and Wiles ended when Smith drilled a low effort which fizzed across the box, narrowly evading an on-rushing Rathbone in the process.

The visitors were looking for a foothold back in the game and they almost got it when Stockton’s double strike was blocked by Wood on both occasions before Greg Leigh’s low shot had Vickers at full stretch.

The Millers were almost punished for a bit of defensive complacency when Stockton fired over from close range, after McLoughlin had charged down Ihiekwe’s attempted clearance.

Ladapo was a thorn in Morecambe’s side all evening and a combination of the post, and a fingertip save from Carson, prevented the Millers marksman from claiming the match ball, following a clever turn and shot.

There was an eventful sixty seconds when Vickers had to show quick feet to deny Stockton at close quarters before Rotherham turned defence into attack in the blink of an eye and Wiles fired over from a tight angle.

The Millers were not looking as assured at the back, and another lapse, presented sub Jonathan Obika with the opportunity to fire a stinging drive which brought the best out of Vickers, who showed a strong hand to push the ball away from goal.

The home goal was living a charmed life, and Morecambe thought they had reduced the arrears when Rhys Bennett smashed home from close range after McLoughlin’s corner had found him at the far post, but the Millers were indebted to a timely referee’s whistle to preserve their two-goal advantage.

Morecambe frustration boiled over when Jacob Bedeau’s show of dissent saw him yellow-carded.

There was a moment of controversy when Ferguson’s inswinging corner was collected by Carson, but the visiting ‘keeper’s momentum appeared to take him close or near his own line, but the referee waved away home fan and player appeals that he had back stepped over it.

Vickers, who was in fine form between the sticks, was called into action again to tip Obika’s header over his own bar.

The Millers almost put the icing on the cake, near the end, when two substitutes combined, as Ogbene’s slipped pass saw Hakeem Odoffin fire an effort which smashed into the side netting.

It was not Morecambe's evening and it was summed up when Ryan Cooney cut inside to fire an effort, which finally beat Vickers, but smashed against the foot of the post, before falling into the grateful hands of the Rotherham stopper. 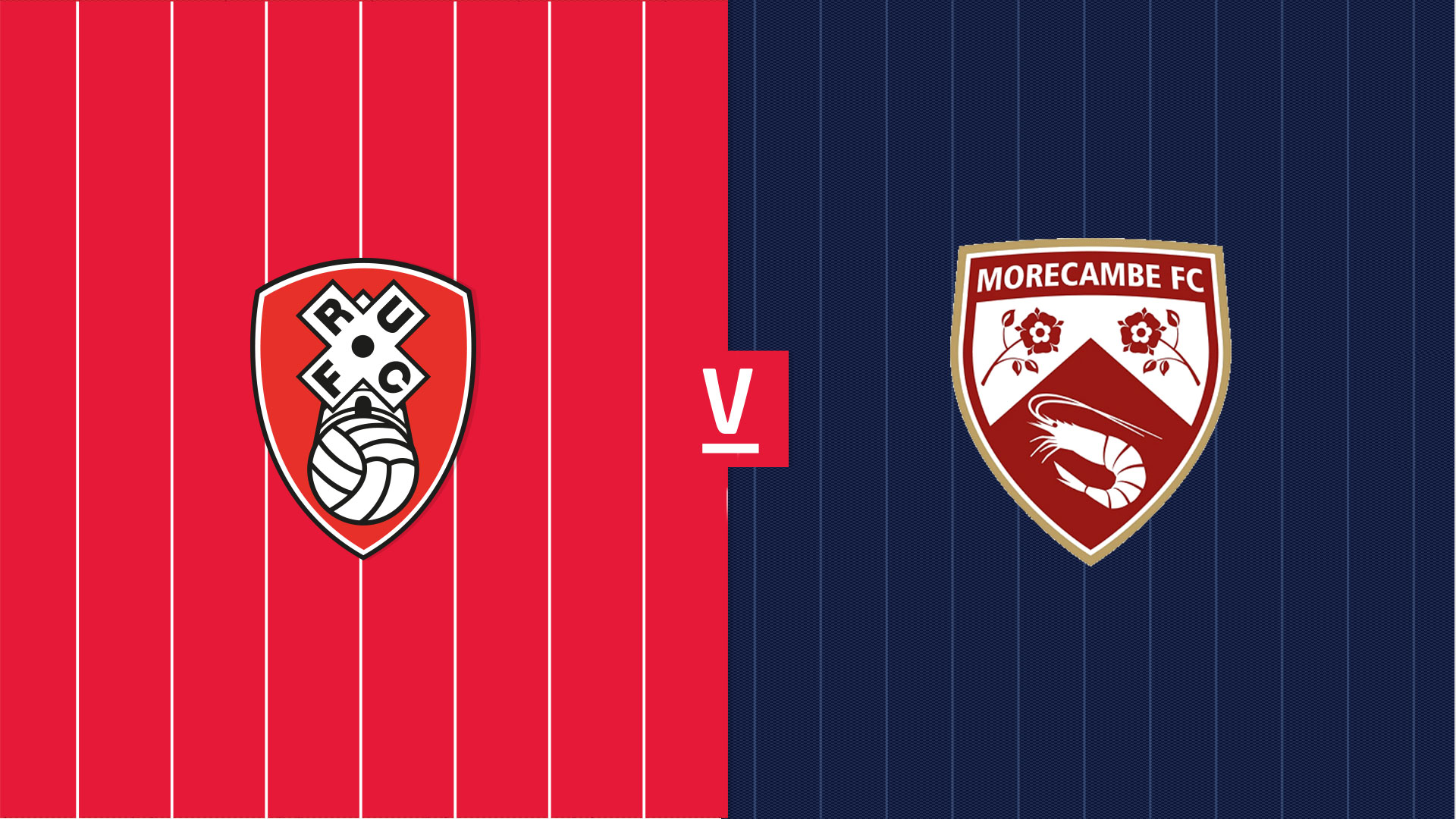 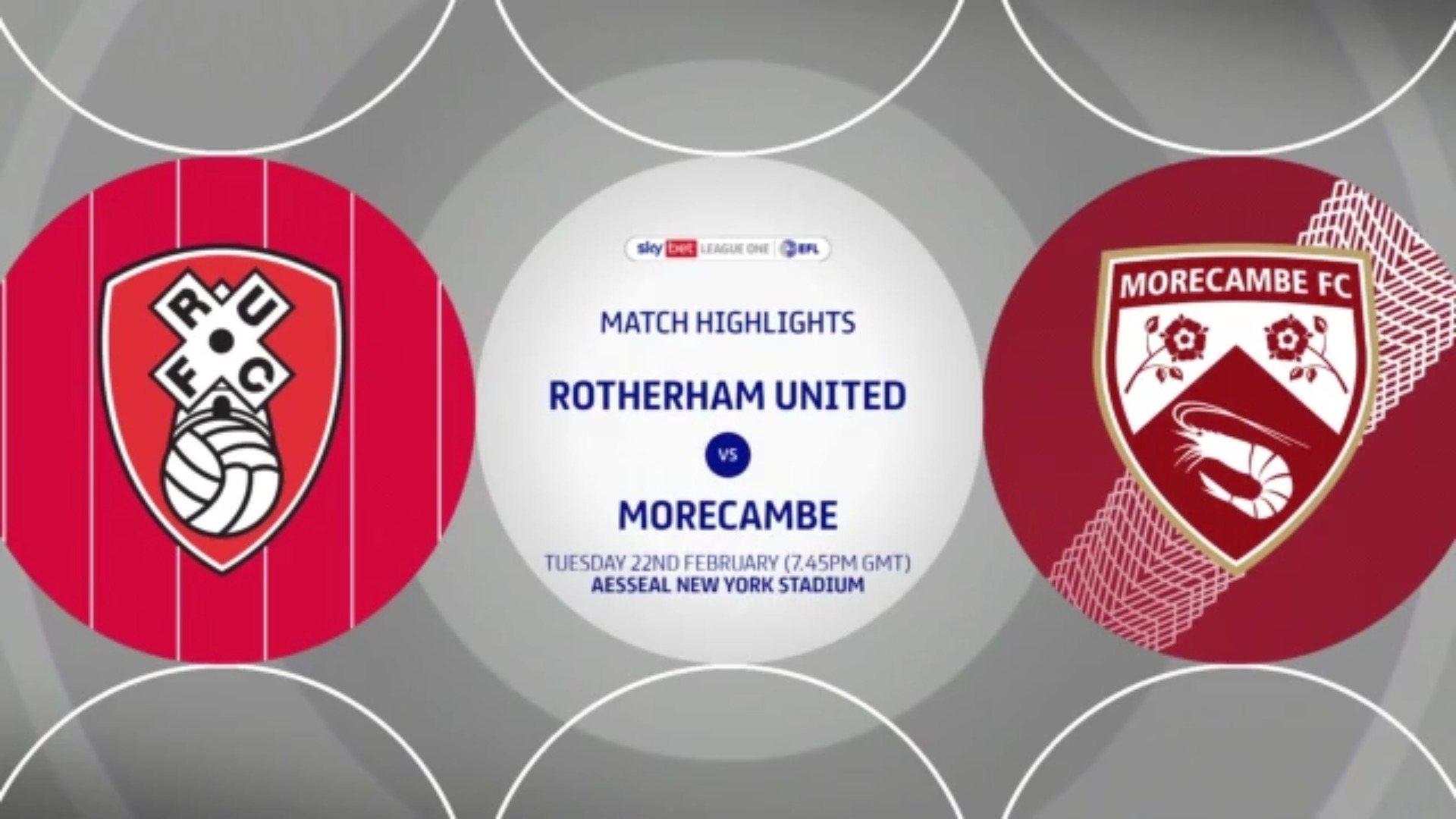 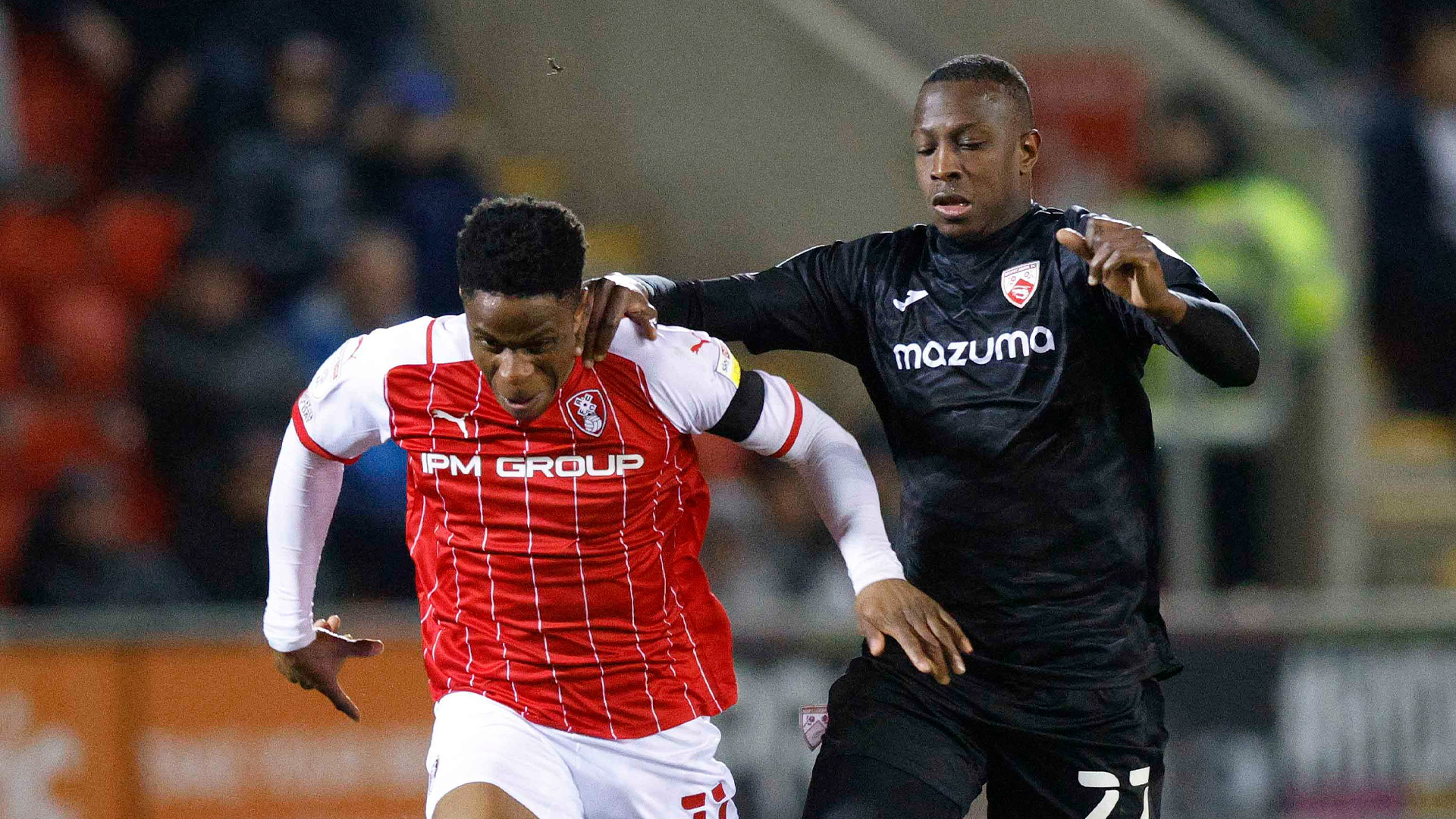