Moments of brilliance from Dan Barlaser and ‘keeper Josh Vickers paved the way for Rotherham United to extend their advantage to six points at the top of the Sky Bet League One table, following a solitary goal victory over a resolute Accrington Stanley side.

The Millers were finding the Lancastrians a tough nut to crack, not for the first time this season following a league and cup defeat, but Barlaser’s seventh league goal of the campaign – with a fantastic dipping volley - helped Paul Warne’s side finally earn victory, at the third time of asking.

This only told half the story though as Vickers was called upon to make a fine penalty save from sub Harry Pell – with just minutes to go – after club skipper Richard Wood saw red after being adjudged to have handled on his own line from sub Korede Adedoyin’s shot.

Following their five-goal blitz of local rivals Doncaster Rovers, Warne made just two changes to his starting line-up for the visit of the Lancastrians.

Wood returned to the heart of the Millers backline after being rested in midweek while Shane Ferguson was also recalled on the left-flank.

Joe Mattock and Mickel Miller were the players to make way, although the duo were named on the home bench.

Unsurprisingly, the Millers started off in confident mood, and Chiedozie Ogbene had an early run down the right flank before Will Grigg oozed class with a sublime touch but Ferguson failed to make the most of the opportunity.

A Wes Harding long throw caused havoc in the Stanley defence while Ferguson was the next to threaten with an in swinging corner, before the pressure was released on the visitors.

In Stanley’s first foray of note, Wood was fortunate to escape sanction for clipping the heels of Lewis Mansell but Sean McConville delivered a dangerous centre which saw Jay Rich-Baghuelou rise highest, but fortunately for the Millers, his goalbound header was straight down the throat of Josh Vickers.

Just past the quarter hour, Ben Wiles’ dazzling run earned a corner and Barlaser planted  a wind-assisted centre into the danger area and Toby Savin was almost caught out, as it whistled over him, but also over the visitors bar.

There was momentary confusion at the AESSEAL New York Stadium as the referee took an age to caution Ferguson for a foul on McConville near the touchline, but only after lengthy consultation with the fourth official, who was on the other side of the pitch to the incident.

The Millers then came within a whisker of the opener as Grigg, was denied on a trio of occasions, in the space of a few seconds.

Barlaser was the architect with a defensive-splitting pass which presented Grigg to fire a rasping drive which stung the palms of Savin, but the Sunderland loanee was the quickest to react to threaten again, but Stanley skipper Seamus Conneely superbly kept out his rebound effort out, near his own goal line.

Bizarrely, Grigg had a third chance, in the aftermath of the clearance, but he blazed his snap shot into the home fans behind the goal.

Stanley were arguably playing on the very edge of gamesmanship and home frustration was mounting when Ollie Rathbone was cautioned for a foul on halfway.

The Millers were certainly taken out of their stride temporarily and Ross Sykes tried his luck with an ambitious effort from distance which was comfortably smothered by Vickers.

The home side soon regained their composure and they wasted a chance to take an interval lead.

Smith earned a free-kick following a foul by Rich-Baghuelou, and Ferguson almost made him pay from the resultant free-kick following a pinpoint delivery, but Michael Ihiekwe screwed his header wide when it looked easier to score, although top-scorer Michael Smith may have been better placed, just behind him.

The biggest cheer of the half was reserved for just seconds before the break when Savin was yellow-carded for persistent time-wasting, before Stanley boss John Coleman soon joined him in the book for protesting the decision.

A third member of the Stanley staff was booked, just minutes into the second 45, when Rich-Baghuelou deservedly saw yellow for a scything tackle on Rathbone.

The Millers had a half-chance when Ferguson and Barlaser combined well on the left wing, and the former put in a delicious delivery, which Smith elected to deftly flick towards goal than stoop with head, but Rich-Baghuelou did enough to deny him from close range.

However, the Millers were indebted to touch of class from their very own ‘Geordie Pirlo’ who scored a goal befitting of the Italian maestro, himself.

There looked little danger for Stanley when Wiles pumped a hopeful ball into the box but a weak headed clearance fell invitingly for Barlaser, who showed exquisite technique, to strike a sweet volley, with his favoured right-foot, from 25 yards, and the ball dipped over Savin to find the heart of the visitors goal.

The goal brought deserved acclaim for the Millers playmaker from three corners of the AESSEAL New York Stadium, while the rest of the home players were quick to join in the celebrations.

The Millers were naturally boosted by the breakthrough, and Rathbone came within inches of doubling their lead, just minutes later, when an incisive run ended when he clipped an effort, from just outside the box, which floated narrowly wide of the target.

Warne’s side had a scare when McConville’s free-kick paved the way for sub Pell to power a header goalwards, but Vickers showed great agility to parry the ball to safety, although the assistant referee had already raised his flag.

Both teams traded yellow-cards when Ethan Hamilton was cautioned for hauling down Ogbene in full flow while Smith incurred the wrath of the referee, by kicking the ball away.

Stanley were very much in the game and McConville’s shot forced Vickers into a fine save before Tommy Leigh was denied on the follow-up by Rathbone, as he cleared from his own line.

The Millers’ goal was now living a charmed life and the game had a sting in the tail.

Vickers was again called into action with a fine save but this time, sub Adedoyin tried to force the ball home – and both Wes Harding, possibly with the use of an arm – kept the ball out, before Wood – also by illegal means – prevented the ball from crossing the line.

Following a lengthy stoppage, Stanley were awarded a spot-kick and Wood was sent for an early bath.

There was further drama to come from the resultant spot kick when Pell stepped up from 12 yards.

Vickers, who was superb throughout, correctly guessed the right way to smother his low effort, and preserve the Millers' slender advantage.

With Smith now in a makeshift centre-half position, Wiles had a chance to seal the deal when he was put through but he was denied by Savin.

Stanley had one further chance when they threw bodies forward and Rotherham defended to a man, and Matt Butcher appeared to force Vickers into another superb, late save.

The Millers weathered eight minutes of second half stoppage to earn a vital win, and huge cheers from the home faithful at the final whistle. 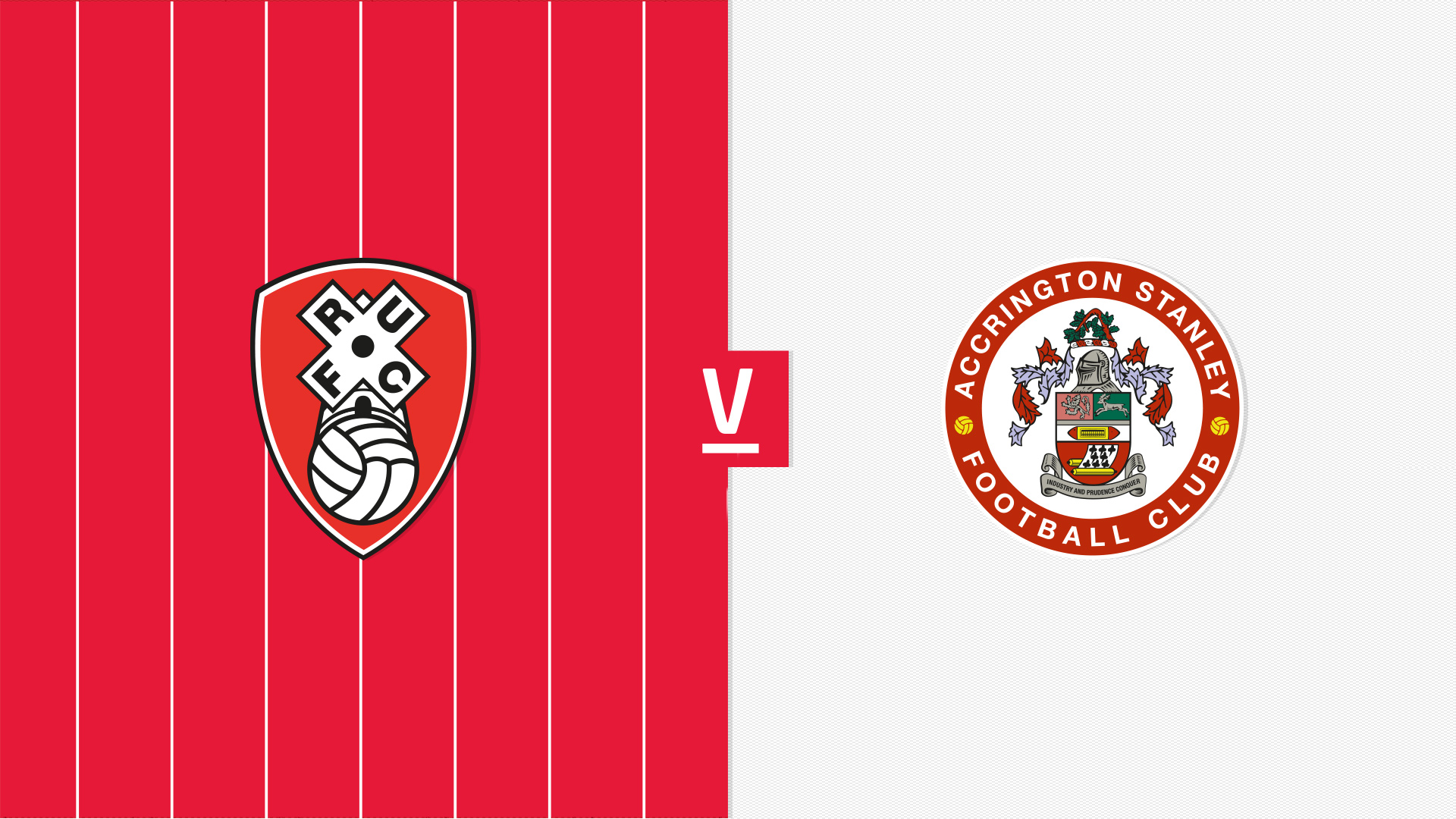 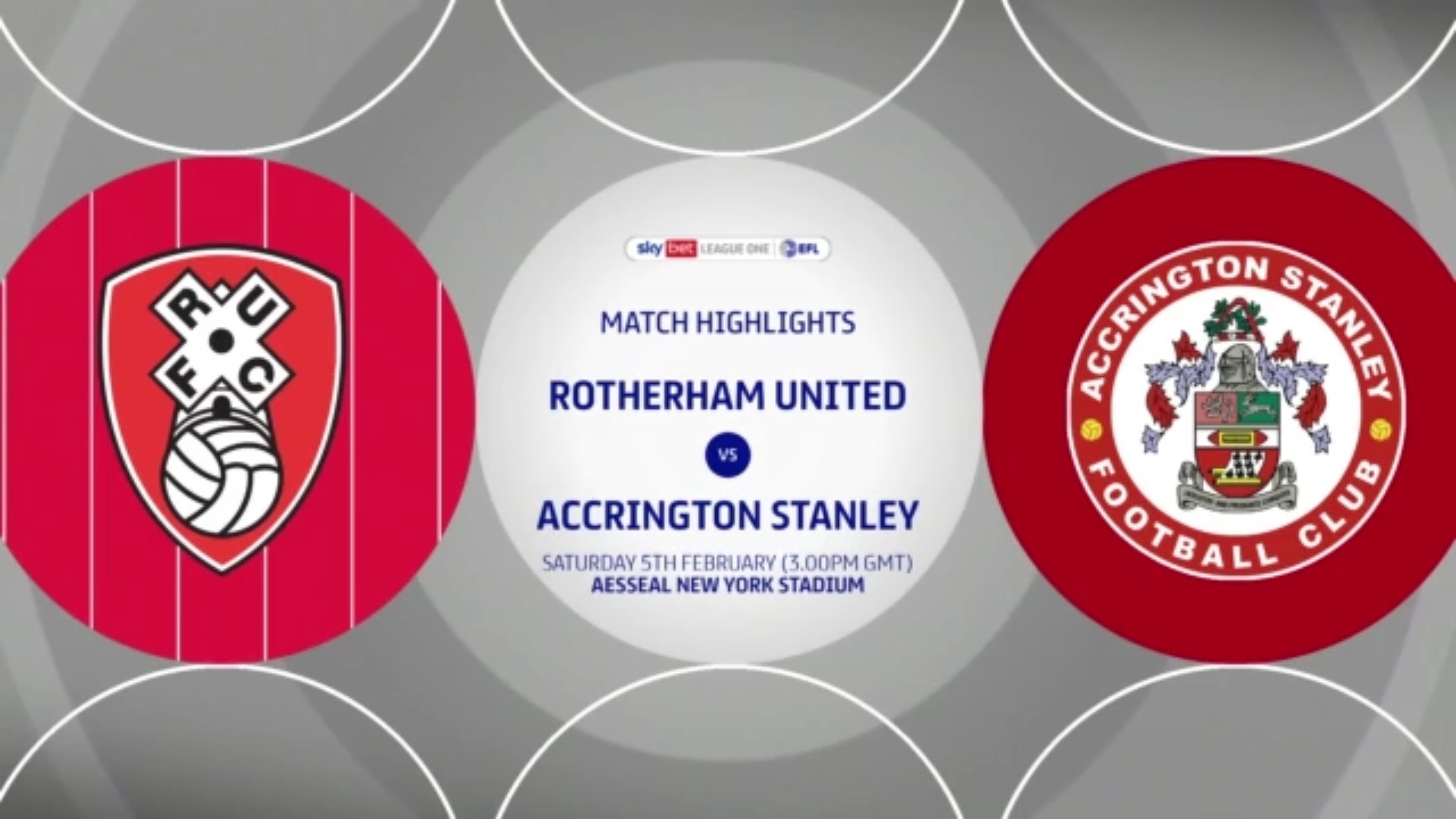 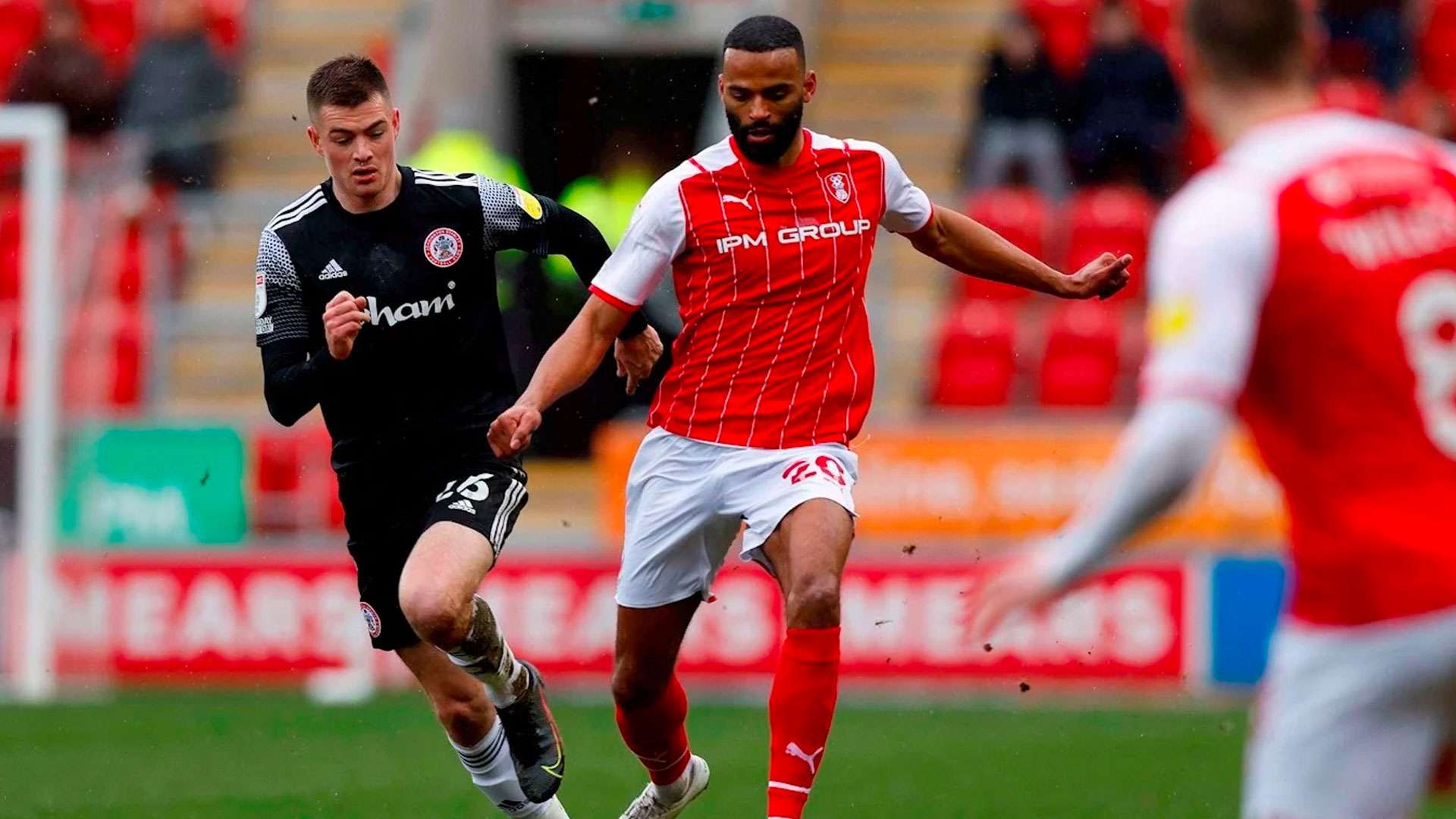