Academy youngster Joshua Kayode had a night to remember as his first league goal in Millers colours gave Rotherham United their fifth straight victory in Sky Bet League One, at the expense of relegation-haunted AFC Wimbledon.

Paul Warne’s side dominated large spells of their first ever visit to AFC Wimbledon’s new ground without due reward until Kayode popped up from the bench, to notch the decisive winner, and extend the Millers advantage to nine points at the top of the standings, ahead of the eagerly anticipated South Yorkshire derby with Sheffield Wednesday at the weekend.

Kayode’s goal will leave long in the memory for all those of a Rotherham United persuasion, but the evening will also be remembered for the return of defender Angus MacDonald, who drew acclaim from the vocal band of Millers followers, after a long spell on the side lines.

The Millers made two changes to their starting line-up, following their nail-biting victory over Accrington Stanley.

Club skipper Richard Wood was missing, owing to his red card against the Lancastrians, and Joe Mattock was asked to deputise.

Warne was given a pre-match boost though when fellow defender Michael Ihiekwe was passed fit following a knee injury, which saw him replaced at the weekend, and the Millers centre-half took on the captain’s armband in the process.

Scottish midfielder Jamie Lindsay was also handed a recall in the heart of the Millers midfield, as Ollie Rathbone missed out, due a back complaint.

There was a first squad appearance for January signing Georgie Kelly, who was named on the visitors bench alongside fellow frontmen Joshua Kayode and Freddie Ladapo.

The Millers started off in a positive vein, in South London, and they threatened the Wimbledon goal on a number of occasions early on – with Ferguson providing a good supply line, ironically, from the opposite right flank.

The Northern Ireland international delivered a free-kick which Ihiekwe headed over the home bar before Lindsay had a cross-cum-shot deflected behind.

Minutes later, Ferguson was at it again when he put in another centre on a sixpence and Mattock emerged from the masse of bodies in the box to nod goalwards, but his low effort struck a home defender on his own line before the hosts scrambled the ball clear.

The home side were arguably second best in the early stages, but they looked very capable in the attacking areas of the pitch when Sam Cosgrove stung the palms of Josh Vickers with a snap shot from just outside the box.

Just past the quarter hour, Rotherham thought they had broken the deadlock when Michael Smith was felled by Daniel Csoka in an inviting position, and Ferguson with his wand of a left foot, floated a delicate centre which saw Will Grigg get on the wrong side of the home defensive line to head home from point-blank range, but despite the Sunderland loanee wheeling away in delight, the celebrations were cut short by an offside flag.

Mattock was the first to see yellow for bringing down Jack Rudoni just outside the box, but nothing came from the resultant free-kick, before the experienced operator made a more positive impression when he was the quickest to react to Ferguson’s drilled corner, but he could only power his close range header over.

The Millers were looking the most likely but they had to settle for heading into the interval on level terms – when Ferguson almost turned from provider to finisher – when he combined smartly with Dan Barlaser to take advantage of a two-on-one position from a quick corner, and work a shooting position, but his drilled strike was blocked by a retreating home player en-route to goal.

The Millers started the second 45, much like they opened the game, and sub Will Nightingale was carded, in his first action, after hacking down Lindsay, just seconds after being introduced.

Buoyed on by the band of Merry Millers behind the goal, Rotherham came close to the opener when Mattock’s headed clearance fell kindly for Grigg, who skipped away, before playing a slide-rule pass into the path of Smith, who looked to guide the ball home, but his weak effort was diverted to safety by Tzanev.

The move was Grigg’s last involvement as he suffered with what appeared a hamstring injury and had to be helped from the pitch, but his withdrawal brought the matchwinner Kayode into the fray.

After Wiles had curled an effort narrowly wide, Kayode’s golden moment came, just five minutes after he was called upon.

The Millers started a lovely move from deep, and Lindsay’s weighted pass presented Chiedozie Ogbene with the chance to play a first-time cross into the box and Kayode showed good anticipation to inch in front of his marker, and he made no mistake to slide the ball past Tzanev to find the heart of the home goal.

The Millers’ fans were in full voice, and they were almost on their feet again, just minutes later, when Lindsay had a shot blocked and Harding picked up the pieces to loop a header which had Tzanev stranded but a combination of Anthony Hartigan, and the post and bar kept the ball out.

The Republic of Ireland Under-21 international, Kayode, was in confident mood, and he soon headed over from Ogbene’s cross.

The home side rarely troubled the high flying visitors, but Warne’s side were in pursuit of a killer second goal.

It nearly came when Mattock’s threaded pass presented Wiles to strike with a short back lift but Tzanev saved smartly.

Wiles was in the thick of the action and the Rawmarsh-born player darted into the box when he latched onto Smith’s neat flick-on, but he was crowded out before he could get his shot away.

MacDonald’s introduction added some steel to the Rotherham backline, and he was serenaded by the visiting faithful, on his return.

In the dying minutes, Harding produced a lung-bursting run from deep which was only halted deep into the Wimbledon box.

Warne’s side showed clever game management to weather five-minutes of stoppage time, but it was capital gains for the Millers, as the final whistle brought them another step closer to their dream of another Championship return, at the first time of asking. 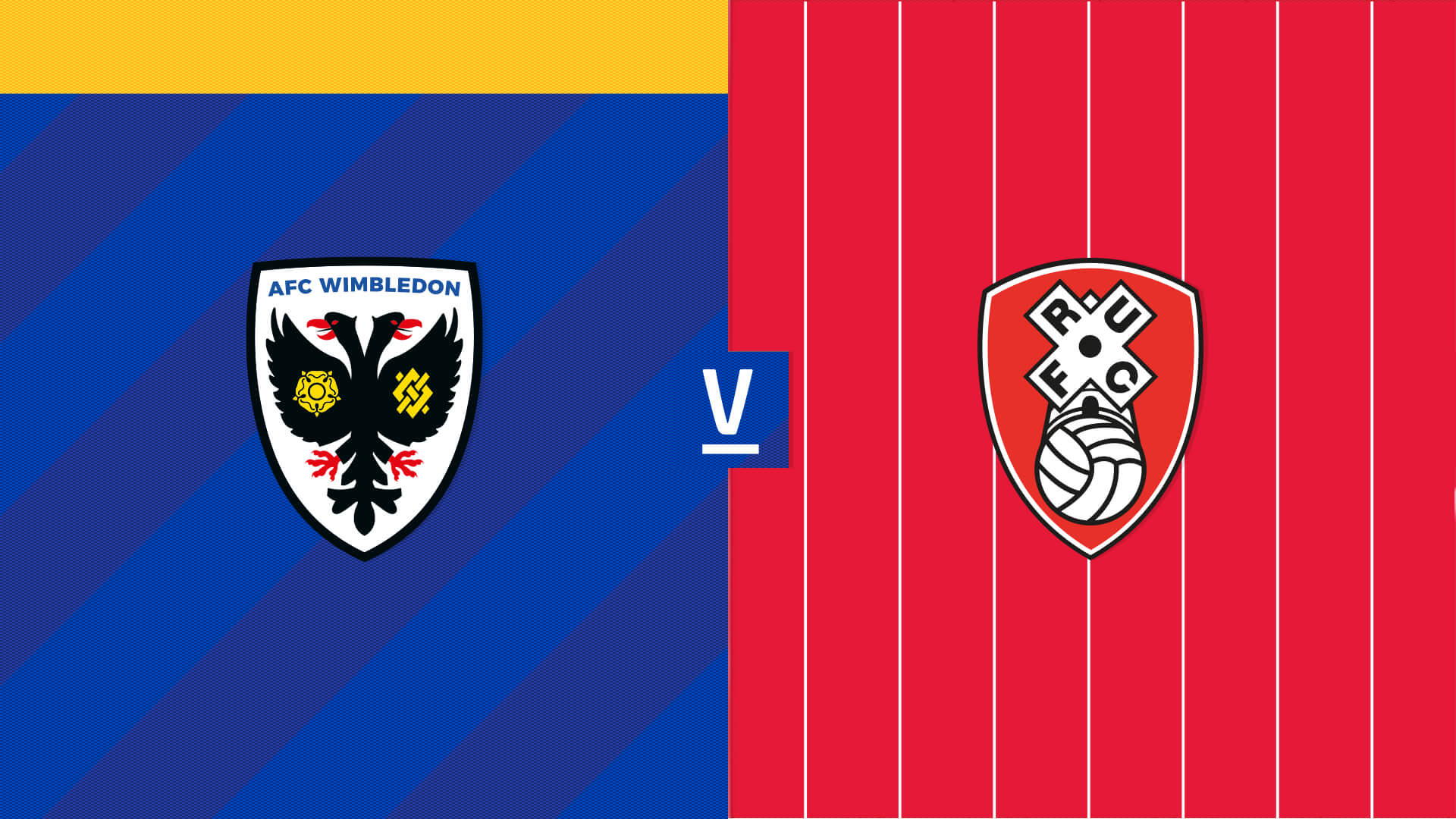 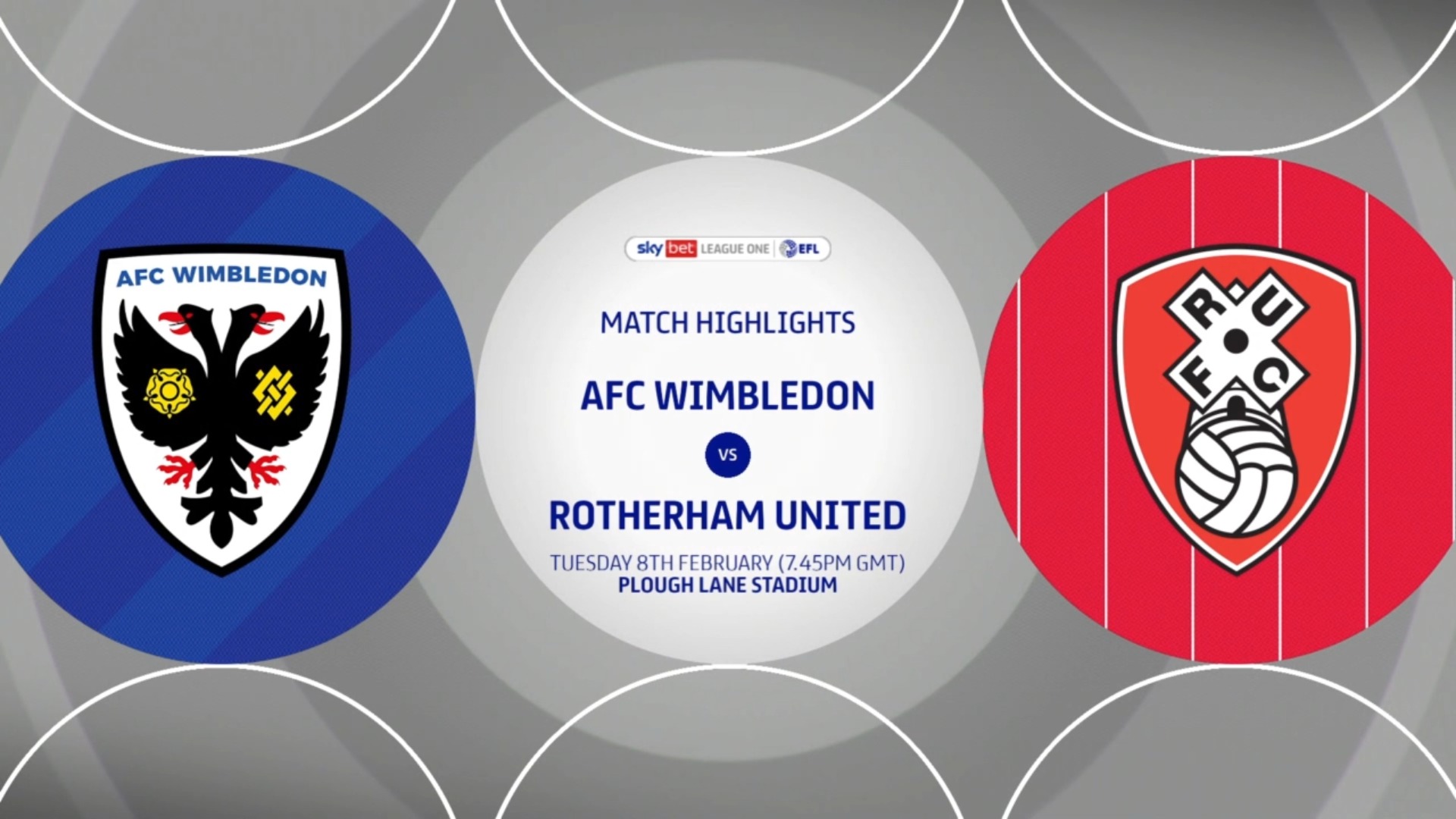 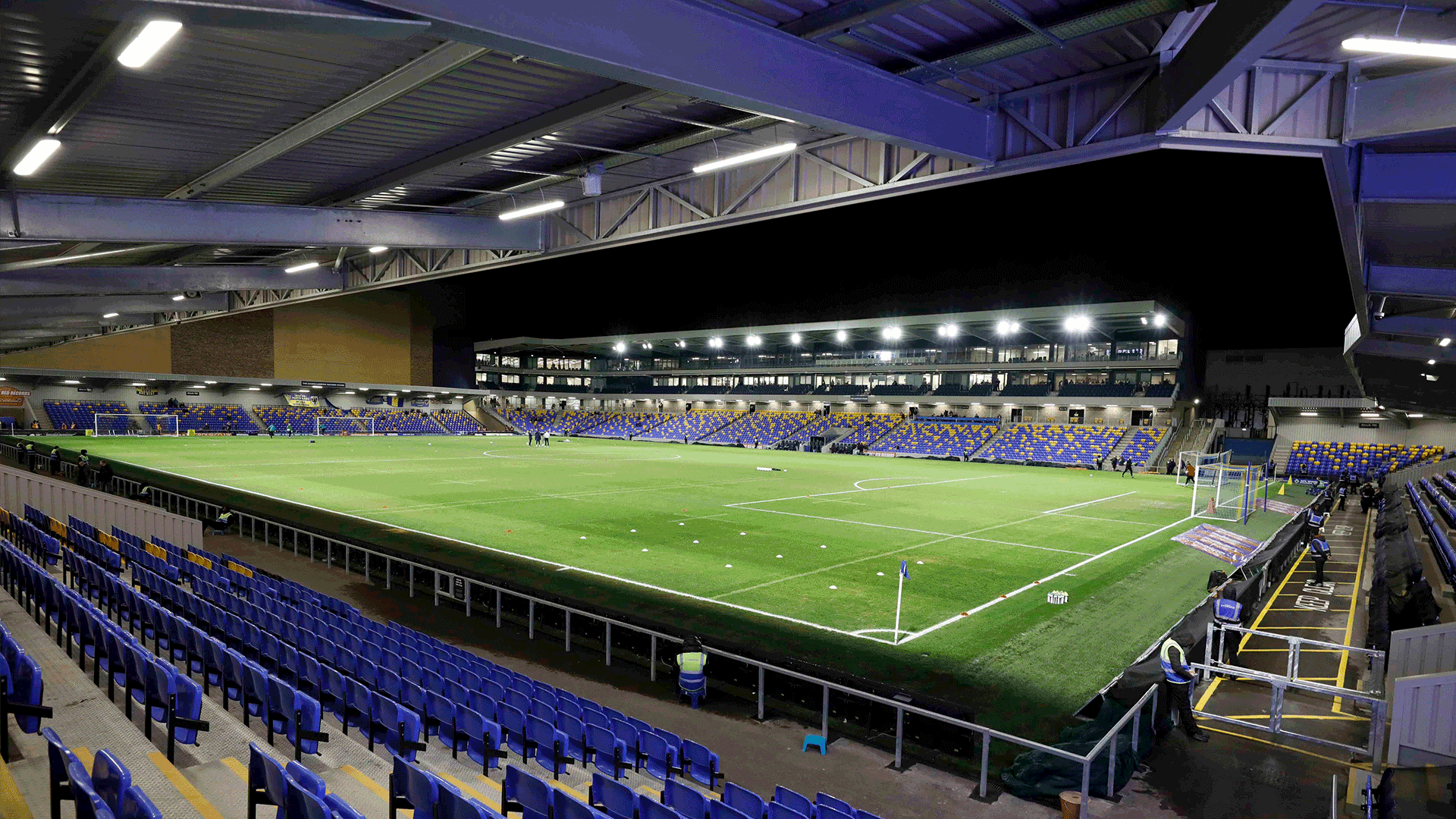