Rotherham United’s unbeaten record in all competitions ended at 21 as the Millers slipped to a rare defeat at the hands of Accrington Stanley.

With the game heading for a stalemate, Sean McConville opened the scoring with an acrobatic effort inside the final 15 minutes.

Paul Warne’s side pressed hard for an equaliser in front of a strong travelling contingent in Lancashire, but were unable to extended their unbeaten stretch, as Stanley took the Boxing Day spoils.

The Millers started the game on the front foot and could have been ahead inside the first minute when Rathbone collected a loose ball and slipped in Ladapo, who forced Savin into an early save with a low strike inside the box.

Stanley responded and had a glorious chance to open the scoring in the fifth minute when Bishop was sent through one-on-one with Johansson, who sprung off his goalline bravely to smother the ball and deny the striker a certain goal.

With 10 on the clock, Ferguson did brilliantly to make it to the byline before standing the ball up for Ladapo, whose initial headed effort was parried out by Savin.

The striker looked to turn the rebound home but was again denied as Nottingham got a foot in to divert his goalbound effort over the bar.

Another big chance came and went on 13 minutes when Ogbene crossed for Smith. The striker looked to find the bottom right corner on the spin, but his effort was again blocked on its way through, this time by Sykes.

On 19 minutes it was the home side’s turn to attack as Leigh fed Bishop who was crowded out before the ball fell to Malcom, who saw his effort diverted onto the side-netting via a deflection.

Johansson was forced into a another save on the half hour mark, when he got down well to save Hamilton’s scissor kick from the edge of the area.

Paul Warne’s men went down the other end two minutes and only some last-gasp defending denied them the lead. Ferguson’s cross was turned goalwards by Smith but Sykes had positioned himself well on the goalline to clear.

The first chance of the half fell to Stanley as Leigh took aim from the edge of the penalty area but could only find the side of the net.

Johansson made a big save on the hour mark as Leigh was played through by Butcher and skipped inside before forcing a right-handed intervention from the keeper.

The home side were turning the screw and Johansson was called into action again when Butcher advanced through the middle to fire straight at the Swede.

Stanley took the lead with 15 minutes to go, when Sean McConville capitalised on an opportunity inside the area to score with an acrobatic bicycle kick to open the scoring.

The Millers pressed for a leveller and had a golden opportunity to equalise when Johansson’s kick fell to Grigg from close range, but Sykes got across to deny the striker a tap-in.

Wood kept the away side’s hopes alive when he got in the head of Pell’s goalbound effort, but despite a late push, the visitors couldn’t force a goal. 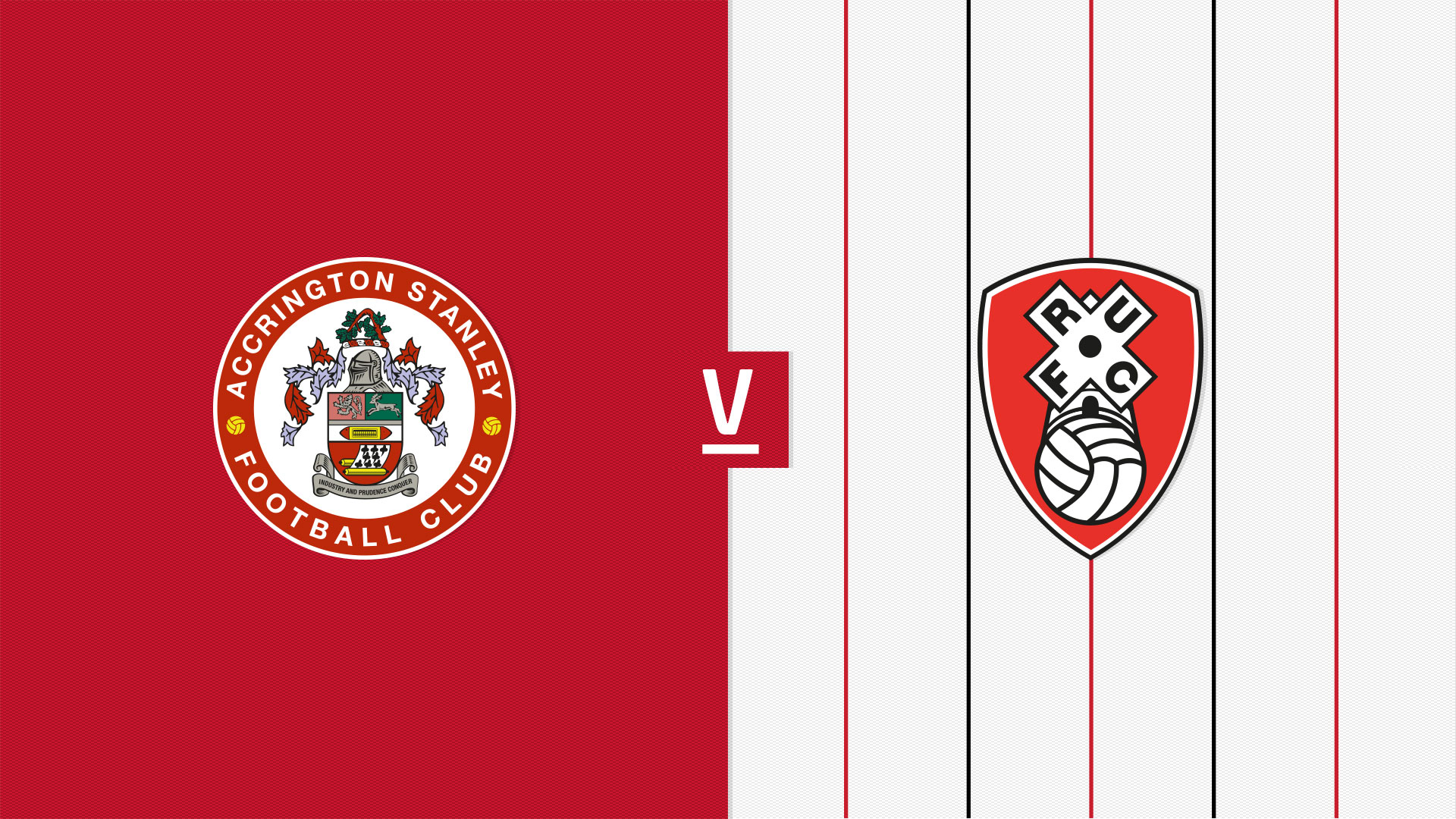 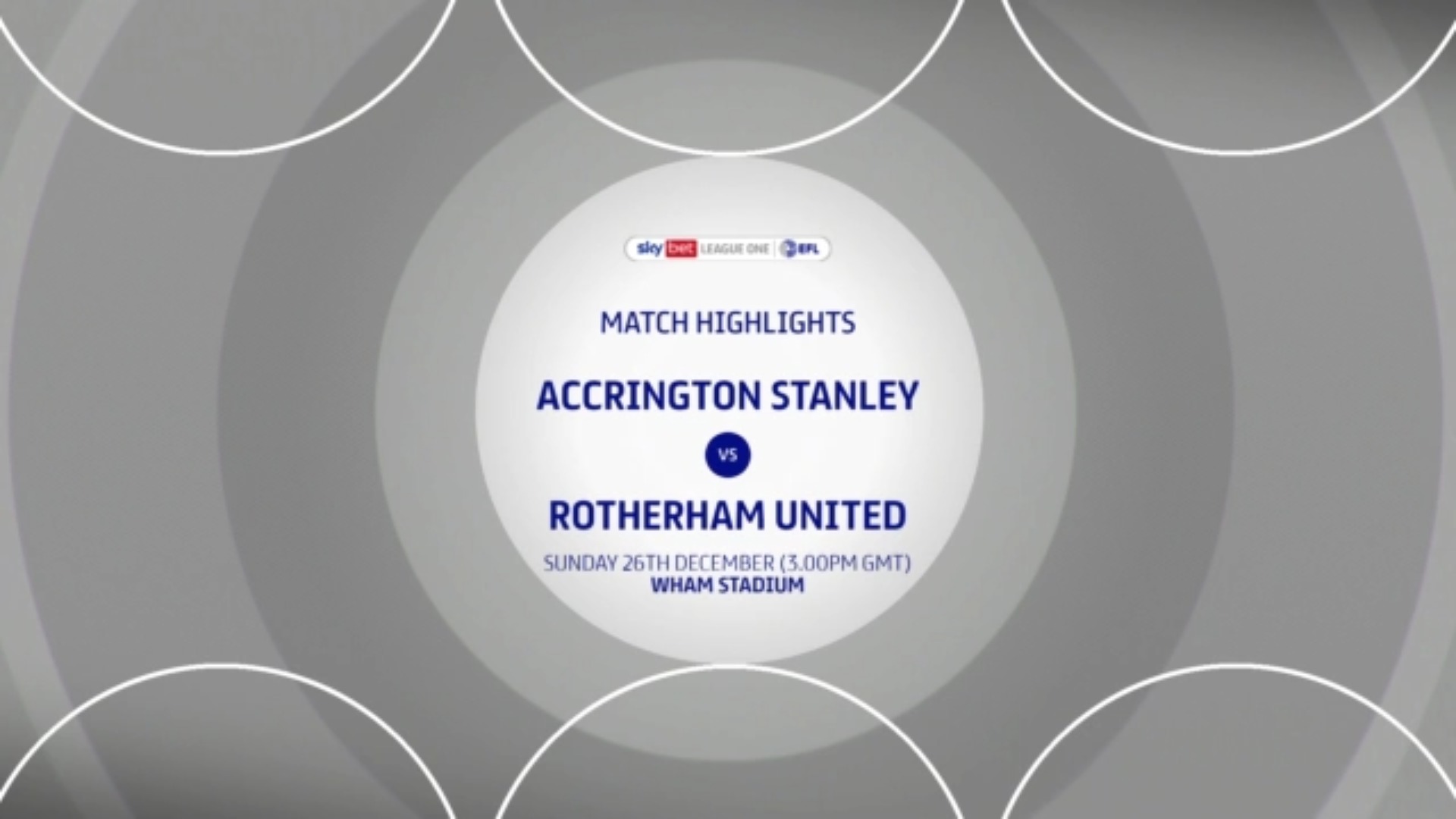 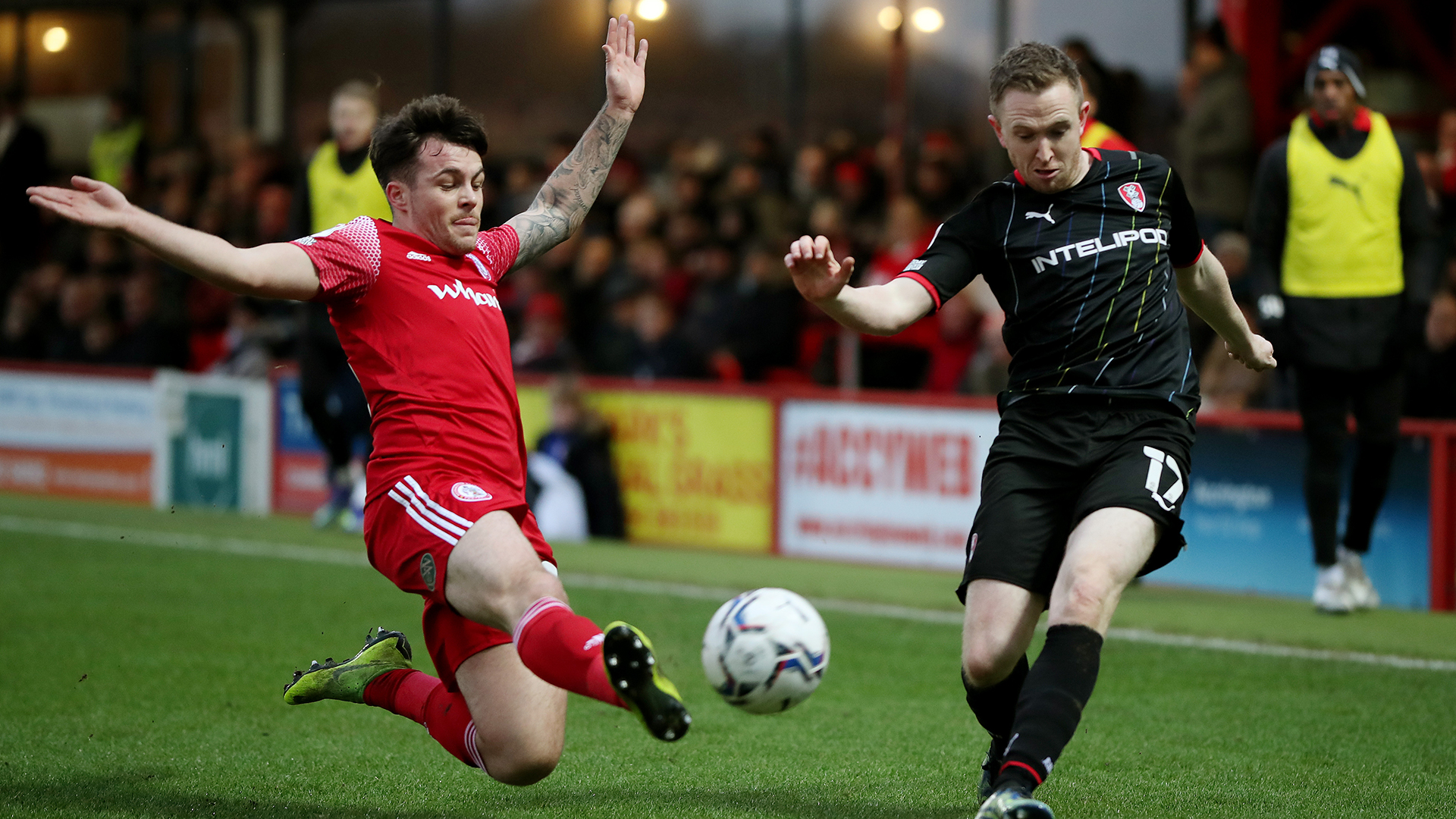