It was derby day misery for the Millers as Sheffield Wednesday ran out victors, thanks to two second-half goals.

In a fervent atmosphere at a sold-out AESSEAL New York Stadium, Paul Warne’s side had the better of the first half, but they squandered an opportunity to claim a deserved lead when Bailey Peacock-Farrell pulled off a superb save to deny Kieran Sadlier from 12 yards.

The Millers were punished for their penalty miss when Florian Kamberi and Lee Gregory struck in the second half and ensure Darren Moore’s men earned the South Yorkshire bragging rights.

Following their hard-fought victory over Morecambe in midweek, Warne made just one change to his starting line-up for the visit of the Owls.

Skipper Richard Wood lined up at the heart of the home rearguard, against his former employers while last season’s Hillsborough hero Freddie Ladapo was named on the home bench alongside midweek starter Rarmani Edmonds-Green.

There were a couple of familiar faces in the Wednesday ranks with former Millers loanees Lewis Wing and Jack Hunt being involved in their starting eleven.

Both sides emerged to a cacophony of noise from all four corners of the ground, and it was the home side, who settled the quicker, when Rawmarsh-born player Ben Wiles, started and finished a move, which ended with a shot that cleared the visitors’ crossbar.

Minutes later, Joshua Kayode had a shot blocked en-route to goal, before heading harmlessly over, in the next phase of play.

The Millers had the Owls on the back foot, in the early stages, and Wiles embarked a run from deep, before ghosting into the box, but Chey Dunkley stuck out a timely leg, to halt his progress.

In Wednesday’s first foray of note, Kamberi blazed over, following good work by Callum Paterson before Michael Smith failed to trouble the target with a looping header from Shane Ferguson’s centre, at the other end.

The home fans were in full voice when Wing became the first to see yellow for hauling over Wiles, and the Millers almost made it count from the resultant free-kick when Ferguson, after much conjecture, fizzed a dangerous centre which Peacock-Farrell was forced to punch clear, under pressure from home runners.

Rotherham’s hopes of victory were dealt a blow when Chiedozie Ogbene was forced to leave the proceedings – with what appeared to be a muscle injury – but they continued to press, and his replacement, Sadlier, almost made an instant impact when he met Ferguson’s deep cross, but the ball was adjudged to have gone out of play, before he headed towards goal.

Ferguson was having some joy down the left flank, and after getting a yard on Hunt, he delivered a hanging centre which Peacock-Farrell was forced to pluck out of the sky.

The AESSEAL New York Stadium faithful were on its feet when Wood brought Jaden Brown’s dangerous run to a shuddering halt on the edge of the box following a crunching tackle, but the fans favourite was somewhat fortunate to escape sanction for an earlier pull-back on Kamberi.

Minutes later, Sadlier latched onto a loose ball before trying a first-time effort from distance, in an attempt to catch Peacock-Farrell off guard, but the ball flew harmlessly wide of the target.

The Millers were deserving of something to show for their first-half efforts, and they were presented with an opportunity to take the lead, in stoppage time.

The home side cut through the Wednesday lines and Kayode injected pace into the move when he looked to evade the attentions of a backtracking Callum Paterson, who pushed the youngster in the back, just inside the box, and the referee had no hesitation in pointing to the spot.

Sadlier was entrusted with the responsibility from 12 yards, and the Millers playmaker hit his spot kick high and true but Peacock-Farrell showed great agility to keep the ball out, with a save from the top drawer.

The Millers were naturally a little flat after the break and Wednesday rubbed salt into home wounds, by taking the lead five minutes into the half.

There looked little danger for the hosts until the Owls threaded a ball behind the Millers backline, and Paterson managed to get on the wrong side of Wes Harding, before shrugging off the attentions of the Jamaican international to burst into the box, and play a perfectly-weighted ball across goal, and with no home defender in a position to intervene, Kamberi took advantage to fire into the roof of the Rotherham net, from close range.

The Millers responded positively to the setback and Oliver Rathbone nipped the pocket of a Wednesday player to give Kayode the chance to stride forward, and although his run was halted, Sadlier smashed a fierce effort from a tight angle which fizzed just inches wide of the target.

The home side had regained their composure and after Wednesday failed to clear decisively, Smith nodded towards goal, before a bulldozing Wood was squeezed out by the masse of bodies in the six-yard box.

The heavens opened above the skies of the AESSEAL New York Stadium and both sides were going at it tooth and nail, in true derby fervour, but Rathbone overstepped the mark, by earning a yellow card, for a foul on Bannan.

The Millers had a scare when Wednesday launched a quick counter, and Bannan played a fine pass which took Harding out of the game and sub Lee Gregory bared down on goal, but Johansson raced off his line, to thwart the Owls striker at close quarters, and keep his side in the game.

Peacock-Farrell incurred the wrath of the home faithful, and the referee, by preventing the Millers from taking a corner, and earned a yellow-card in the process.

Buoyed by vociferous home backing, Warne’s side were turning up the heat and sub Dan Barlaser’s deflected cross, arched invitingly towards goal but Peacock-Farrell took the sting out of his shot.

However, Rotherham were undone when Wednesday notched a second, and decisive goal – with 13 minutes to go.

The Millers were guilty of succession of errors, one when Wiles dwelt in possession and sub Dennis Adeniran took charge to drill a low effort which skimmed across the wet surface, and Johansson, in uncharacteristic fashion, made a hash of his save, and the ball squirmed out of his grasp, and Gregory was on-hand to force the ball home from close range. 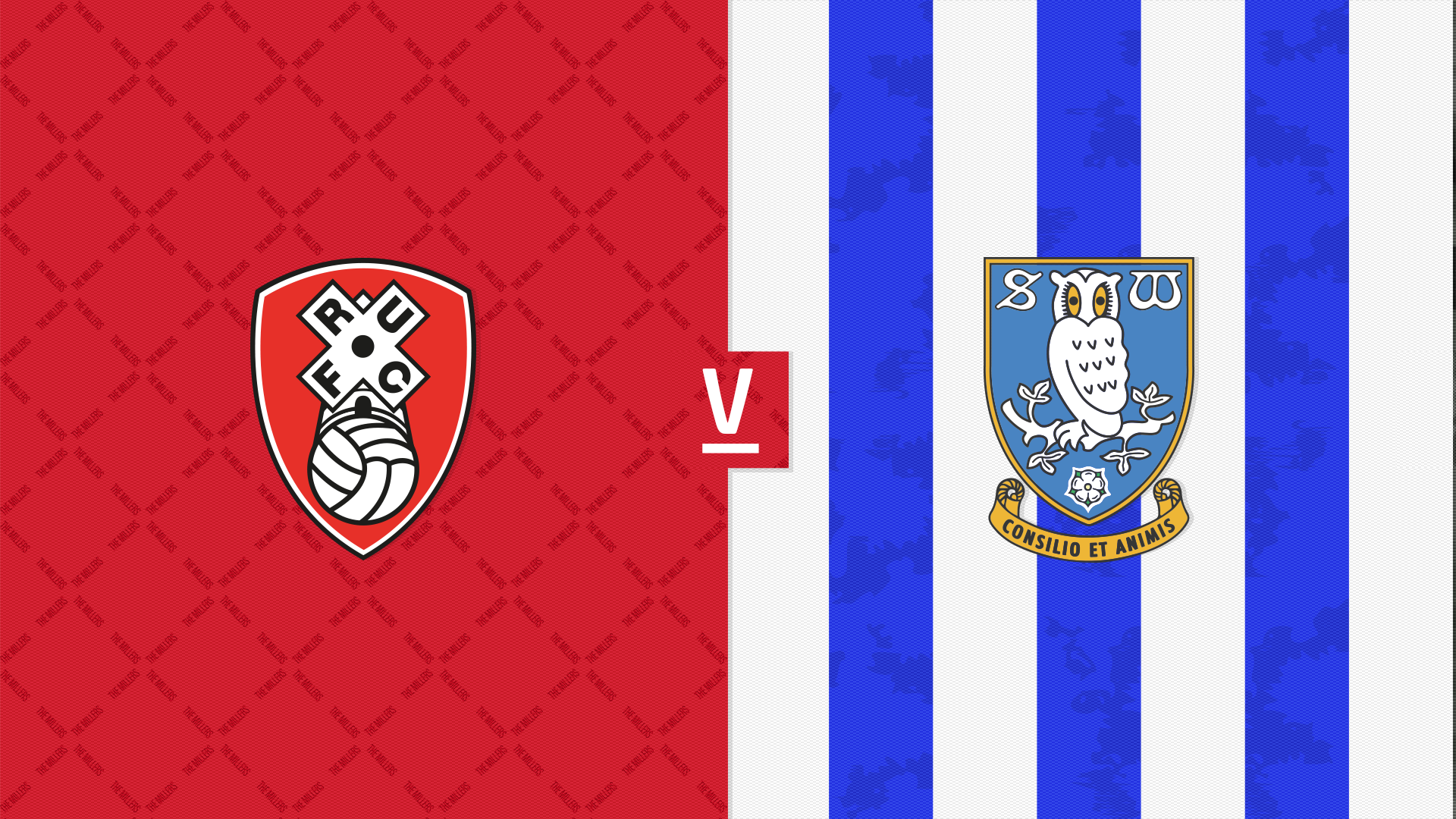 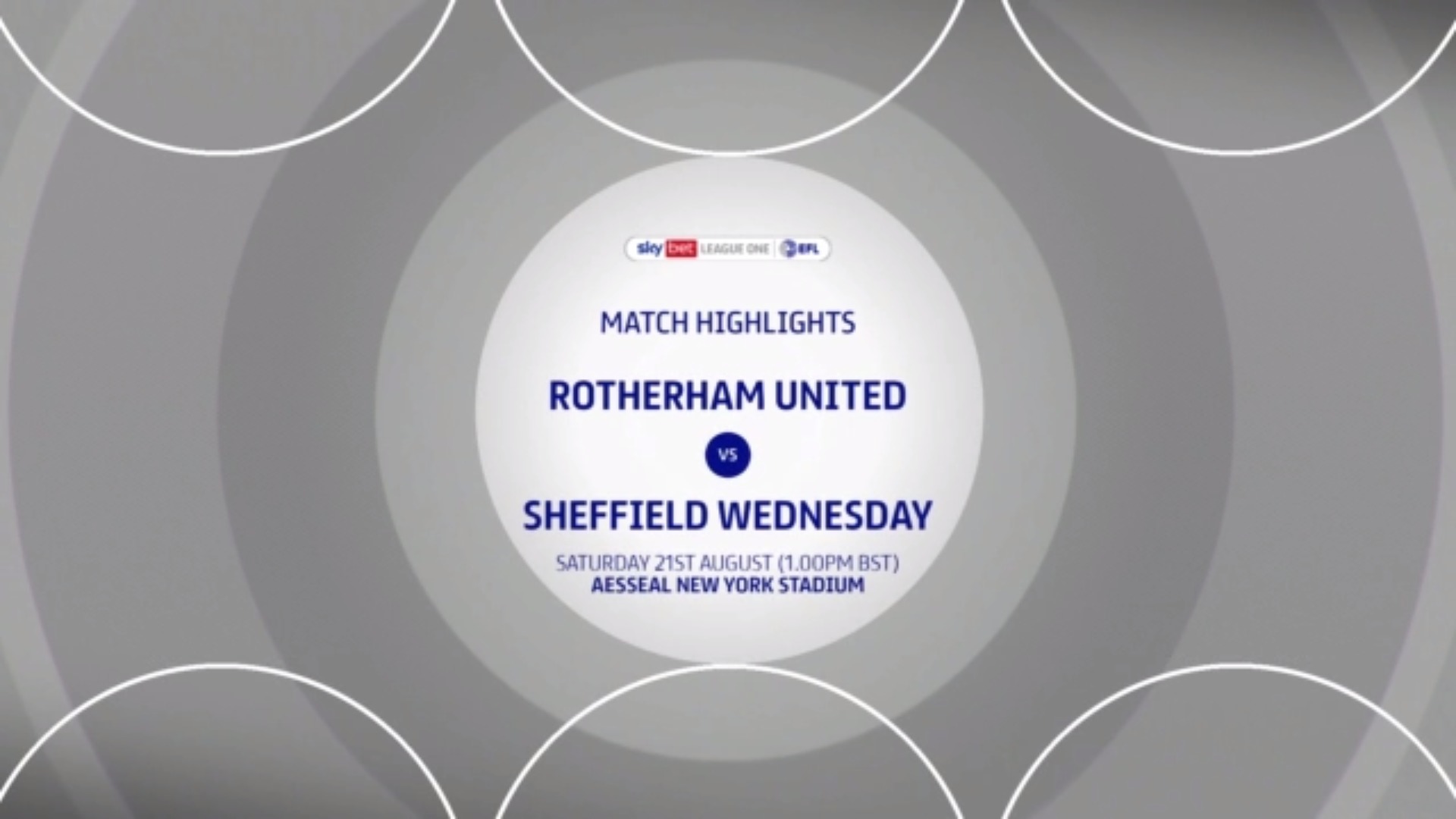 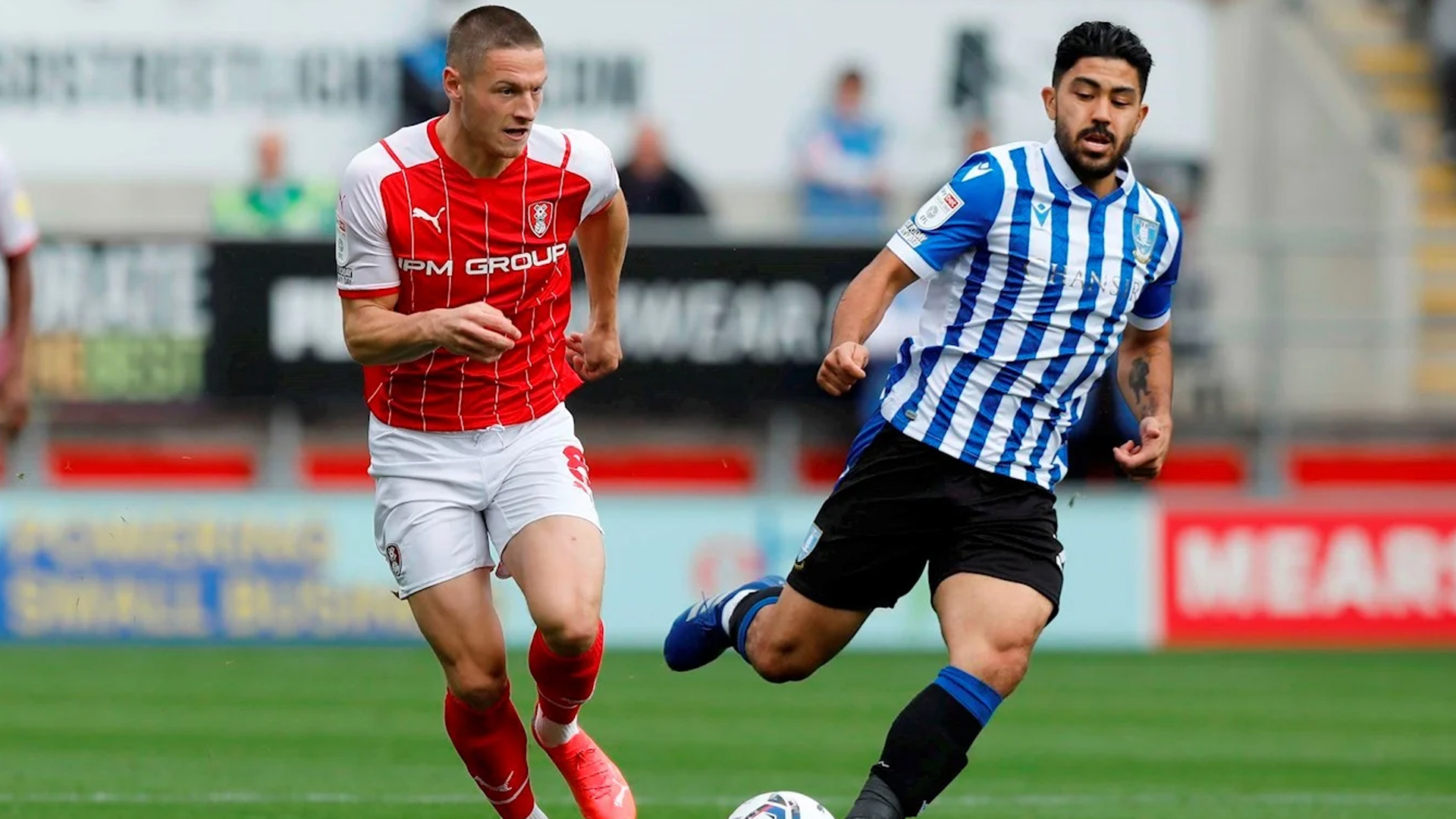