Rotherham United claimed the South Yorkshire bragging rights when they eased to victory over local rivals Doncaster Rovers, despite playing the last half-hour of the game with just ten men.

Michael Smith’s second and third goals of the season proved the difference between the sides, and although Mickel Miller’s red card gave Rovers hope, Paul Warne’s men were rarely troubled, defensively, despite their numerical disadvantage.

Warne made three changes to his starting line-up for their second South Yorkshire derby in the space of seven days.

Kieran Sadlier was given the chance to impress against his former club while Mickel Miller joined him in the midfield ranks. Freddie Ladapo was looking to build on his opening day goal against Plymouth Argyle, by partnering Smith in a front two.

The Millers kept faith with the 3-5-2 formation, which has served them well, in the early part of the season.

With the sun shining over the AESSEAL New York Stadium, prior to kick-off, both teams were greeted by a wall of sound, from all four corners of the ground.

Sadlier, who was greeted by a chorus of boos from the visiting faithful, was in the thick of the early action, and he forced an early corner before skipper Richard Wood was almost on the end of his floated corner, but Ro-Shaun Williams put in a timely header to clear the danger.

Miller found himself in hot water for a pull-back on a Rovers defender, which earned him a caution.

Sadlier appeared to be revealing in the role of pantomime villain and he caused further problems for Rovers, with a deep centre which paved the way for Miller to head narrowly wide, before the Irish midfielder threaded a pass which bisected the visiting rearguard, and Ollie Rathbone struck a first-time shot towards goal, but Pontus Dahlberg was his equal with a fine, parried save.

Sadlier then nutmegged Brandon Horton with a touch of class but Cameron John charged down his long range shot before Ethan Galbraith had Rovers’ first shot in anger with a volleyed effort which flew into the home faithful behind the goal, after Rotherham were caught napping from a quick free-kick.

The visitors appeared to have taken the sting out of Rotherham’s early momentum but the home fans were off their seats when a good home move ended when Ladapo appeared to be hauled back in the box, by Kyle Knoyle, but the referee waved away home protests.

There was another moment of controversy when Rotherham threaded the ball to the right flank, whereby Sadlier delivered another delicious centre, and Jamie Lindsay emerged from the pack, to nonchalantly glance the ball past the outstretched hand of Dahlberg, to find the far corner of the net but Rotherham celebrations were soon curbed by a flag from the assistant referee, who had spotted an offside in the build-up.

Rotherham shrugged off the setback and they were deservedly rewarded with the opening goal, just before the half-hour mark.

The home side, again, caught Rovers out with a fast, sweeping counter-attack, and this time, Miller played a perfectly-weighted pass into the path of Smith, who held off the attentions of his marker in the box, before showing good composure to calmly stroke the ball – with his weaker left-foot - under the body of Dahlberg.

The Millers were buoyed by the breakthrough, and Ladapo showed this confidence when he got Ben Wiles’ pass under his spell, before curling an effort harmlessly over the visitors’ bar.

Richie Wellens’ men were looking threatening, sporadically, and they again caught Rotherham sleeping a well-worked set-piece and Lindsay was forced to bravely block Charlie Seaman’s low effort from the edge of the box.

Normal service was resumed, soon after, when Miller skipped down the by-line, to clip a cross which saw Lapado ghost away from his marker, but he was unable to direct his downward header goalwards.

Sadlier was, arguably, having his best display in a Rotherham shirt, and he made short work of Horton, before planting another tantalising centre, which had to be snuffed out, at the far post, before he left Horton grounded, moments later, before cutting inside in the box to fire goalwards but Dahlberg stood up tall to block his effort, at close quarters.

The Millers were sniffing blood, and they took a firm grip, by doubling their lead, in first-half stoppage time.

The visitors made a hash of clearing the danger, and after Lindsay, among others, attempted to plant the ball towards goal, the ball flicked up tantalisingly into the path of Smith, on the edge of the box, and he kept his nerve to volley a low effort through a ruck of bodies and an unsighted Dahlberg was powerless, as the ball flew into the bottom corner of the goal.

Following the break, the Millers had an early scare when a home mistake led to Tommy Rowe, turning smartly in the box to drill a low cross, which took Viktor Johansson and the Rotherham defence out of the game, but, it also evaded several visiting runners.

The Millers looked to be cantering to victory, but the game took a twist, on 53 minutes when Warne’s men were reduced to ten men.

Following some by-play on the left flank, Miller threw himself into a high challenge on Knoyle, when he didn’t really need to, and the referee showed him a straight red card, for his dangerous intent.

Doncaster’s players and fans were now given some much needed encouragement and sub Tiago Cukur flashed a shot wide before tempers flared again when Galbraith clipped Wiles, to earn a yellow card.

Warne was forced into a reshuffle, and experienced campaigner Joe Mattock was brought on to steady the ship, but a rejuvenated Rovers penned the Millers back when firstly Matt Smith’s shot was plucked out of the sky by Johansson before the Swedish stopper was on his toes to deny Ben Close.

The Millers were now having to show their defensive qualities, but they broke the shackles when firstly Rathbone made something out of nothing to dig out a shot which was straight down the throat of Dahlberg before Michael Ihiekwe found himself in a shooting position, but he blazed an effort over.

Sadlier was withdrawn to a standing ovation from the home faithful and Doncaster’s frustration boiled over when Matt Smith was the next to see yellow for a cynical clip on Ihiekwe.

The visitors were struggling to make the most of their numbers, and their miserable afternoon was summed up when Seaman wastefully blazed two crosses over, prompting a rush for the exit for some of the visiting travelling contingent.

The final whistle brought cheers of appreciation from the Millers faithful, who could dine a derby day victory, ahead of the international break. 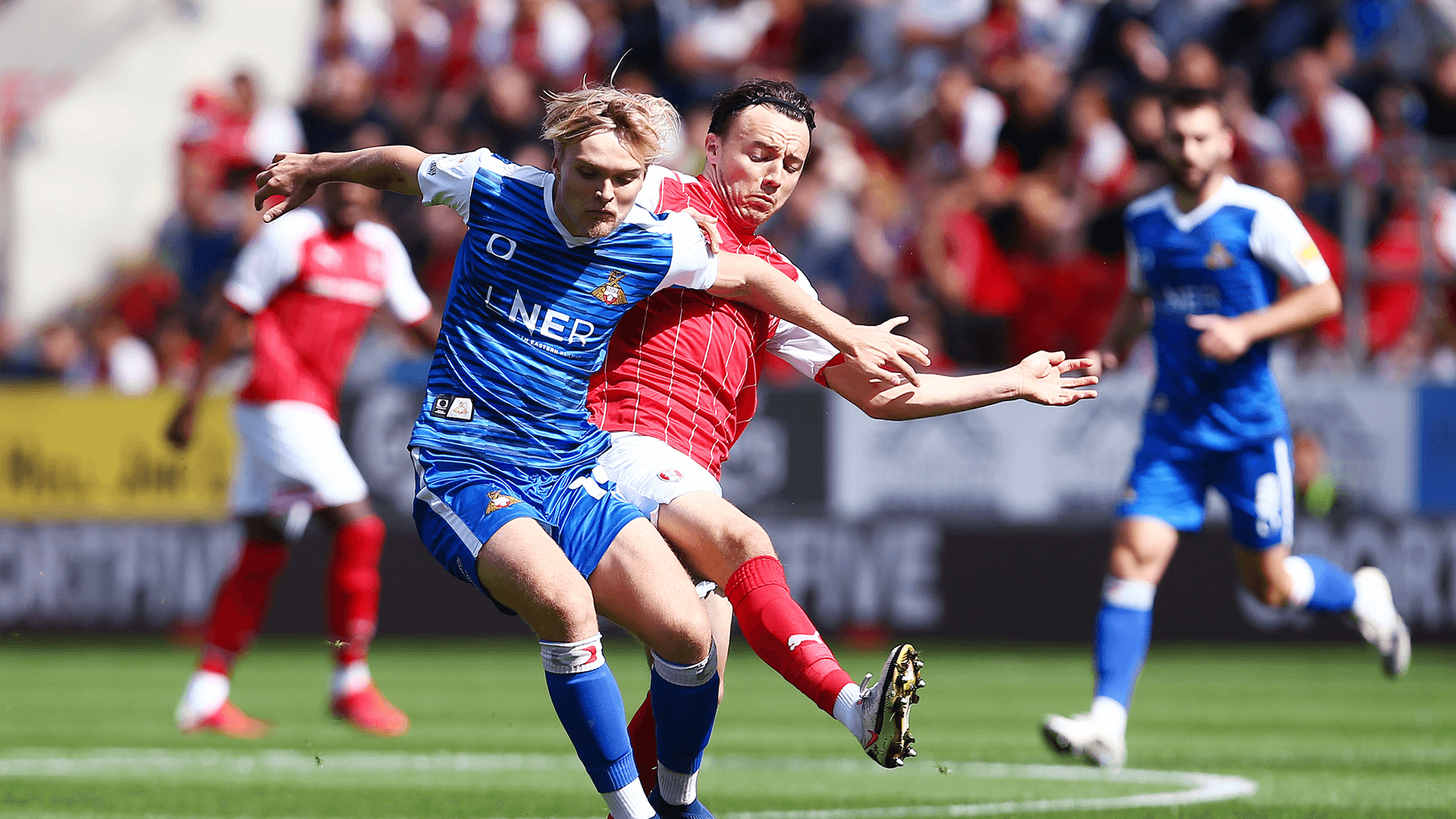 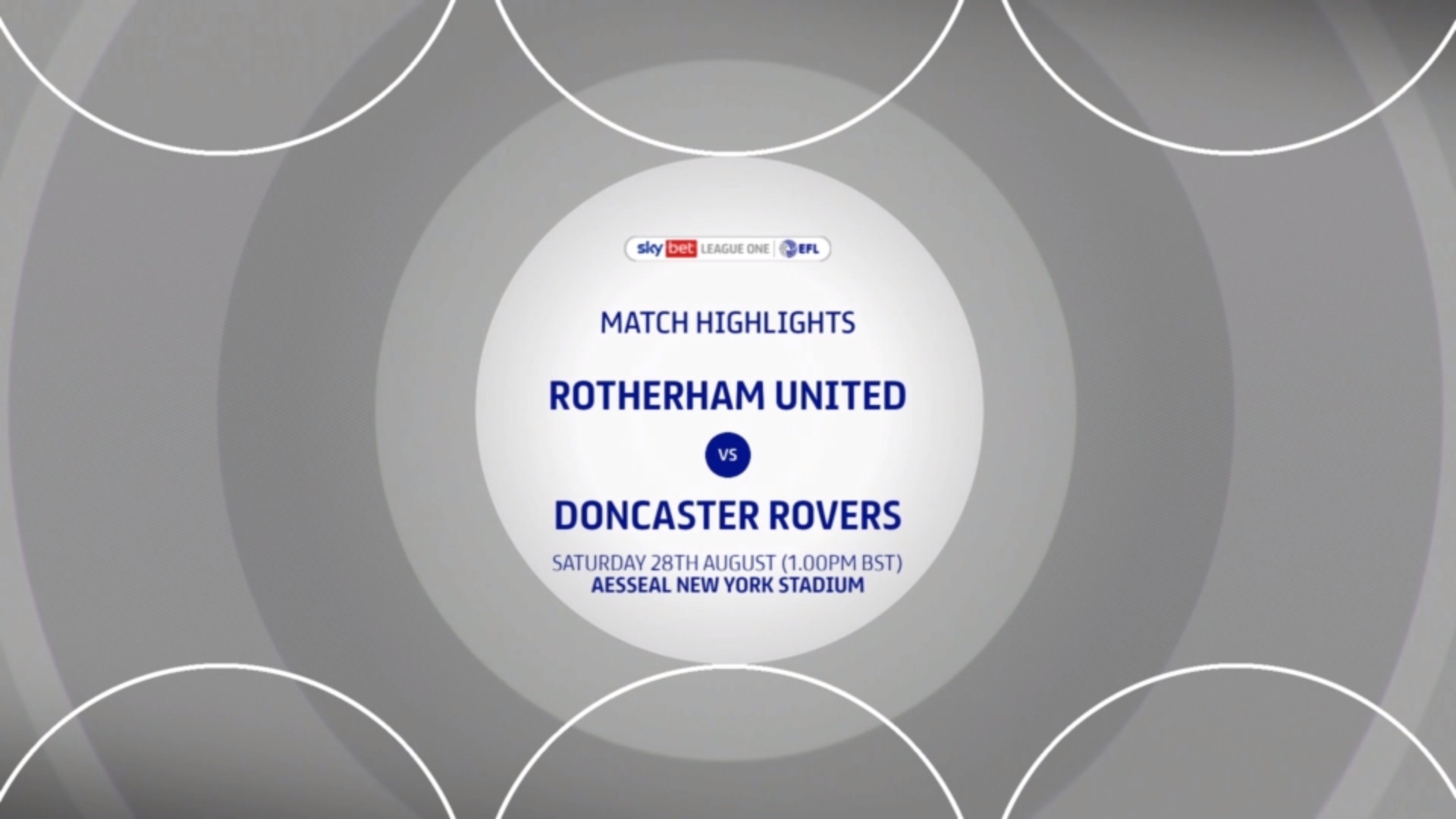 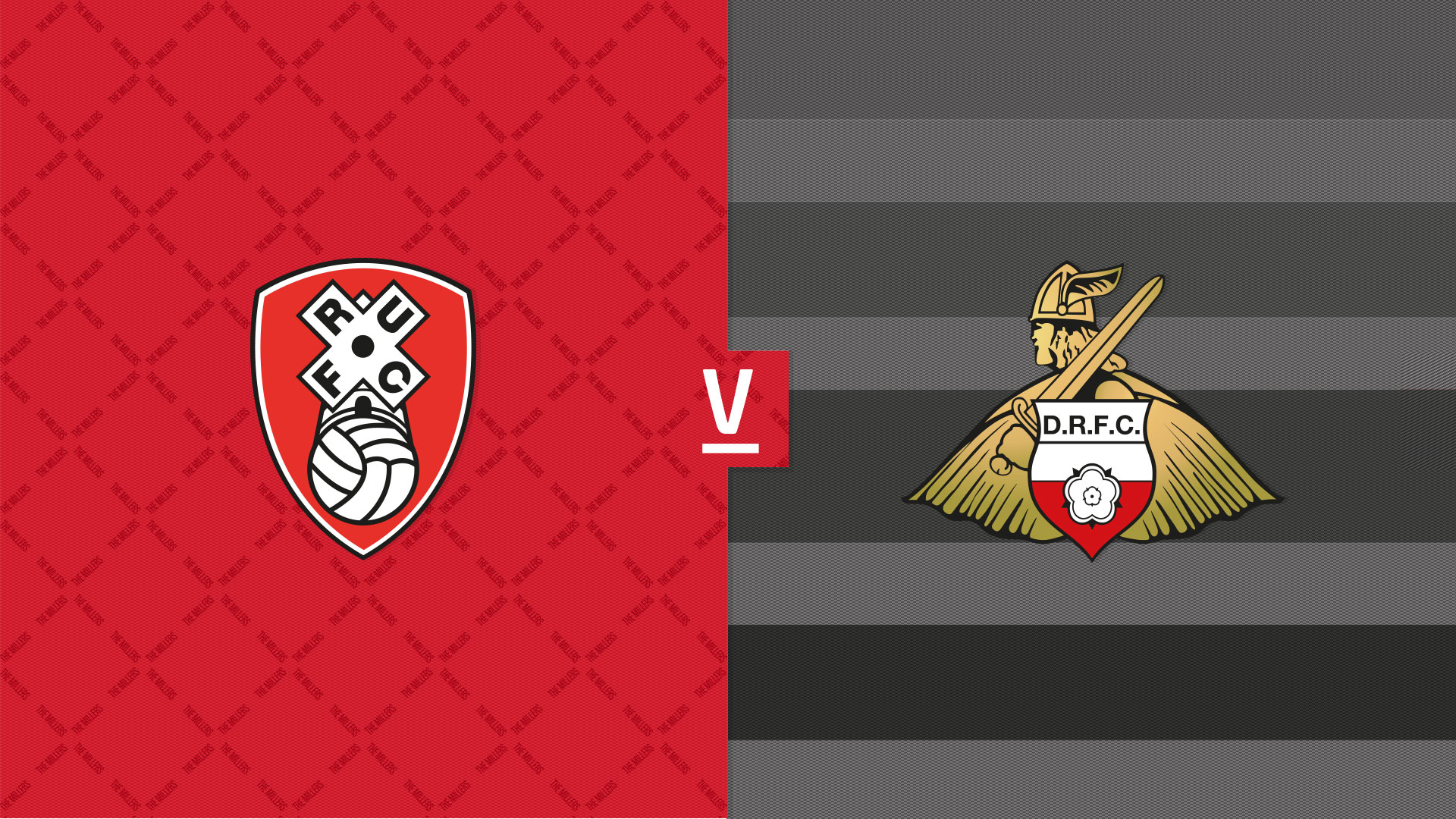