Rotherham United made it two wins out of three in their Sky Bet League One campaign, following a hard-earned solitary goal victory over newly-promoted Morecambe, thanks to Michael Smith’s stunner.

The Millers banished the disappointment of their last-gasp defeat at the hands of Wigan Athletic at the weekend, by returning to Lancashire, for a second time, in just a matter of days, but this time, they made the trip over the Pennines with maximum points, as a result of Smith’s first goal of the season.

The Millers made a trio of changes for the visit to the Mazuma Stadium.

In windswept conditions, Morecambe had the first shot in anger when Joshua McPake had a shot blocked on the edge of the box before Rathbone and Smith smartly exchanged passes, at the other end, but the former Rochdale midfielder was unable to get the ball under his spell.

Moments later, Chiedozie Ogbene whipped a delicious cross which was hacked away by a retreating Shrimps defender before Ferguson threatened the home goal with another deep cross, which caught the elements, and went out of play.

Both sides traded chances when Smith had a glimpse of goal, but his shot on the turn was blocked en-route to goal by Anthony O’Connor before Michael Ihiekwe had to be on his toes to snuff out Cole Stockton, on a couple of occasions.

Home ‘keeper Jokull Andresson was bizarrely cautioned, for time-wasting, early in the piece, before Rotherham had a scare when McPake threaded a pass into the feet of Arthur Gnahoua, who showed fleet of foot, to work a shooting position and he duly obliged by curling an effort which whistled narrowly past the far post.

Morecambe had built up a head of steam, at this stage, and Gnahoua, who was looking lively in the attacking third, took Alfie McCalmont’s slide rule pass in his stride before taking aim from the edge of the box but Ferguson came out of nowhere to block his goalbound effort.

Rotherham appeared to have weathered the storm when Ben Wiles stung the palms of Andresson with a bobbled effort before the home ‘keeper had to stand up tall to prevent Smith’s snap effort sneaking in at the near post.

The Millers were having their best spell of the half and Ferguson curled in a tantalising corner which Ryan Cooney, in avertedly, glanced onto his crossbar before Smith superbly killed Viktor Johansson’s long punt upfield, but his tame effort was straight down the throat of Andresson.

Rotherham were quick out of the blocks, at the start of the second period, and Wiles fired a rasping effort just over, before Ogbene darted down the right flank, to plant a dangerous centre into the box, but it narrowly evaded visiting runners.

A clever free-kick routine involving Ferguson and Wiles paved the way for the latter to whip a cross which Andresson could only parry into the air, and Wood, who was introduced as a second half substitute, was unable to turn the ball goalwards, in the ensuing melee.

The Millers were penning the hosts deep into their own half, until Stockton broke the shackles with a wayward shot from distance but normal service was resumed when Smith forced Andresson into a smart, reflex save.

Paul Warne’s side were knocking on the door and they were finally rewarded for their efforts with the opening goal on the hour mark, in a moment of brilliance from Smith.

There looked little danger for the hosts when a long ball was pumped forward but Smith latched onto possession, and with the Morecambe defence backing off, the Millers marksman sensed an opportunity to try his luck, and he made no mistake, by firing a wicked effort from distance which evaded the attentions of Andresson, to dip under the home crossbar, and find the heart of the home goal.

The Shrimps responded positively to the setback but Smith had a taste of goal, and he almost made it two, when he broke clear, before firing a rising effort which a combination of a backtracking Shrimps defender, and Andresson did well, to turn away to safety.

Sub Kieran Sadlier almost added gloss to the scoreline with a smart turn and shot which smashed against the home crossbar but the Rotherham rearguard – with Wood at the helm, kept Morecambe’s late resistance at bay to notch their first away victory of the season. 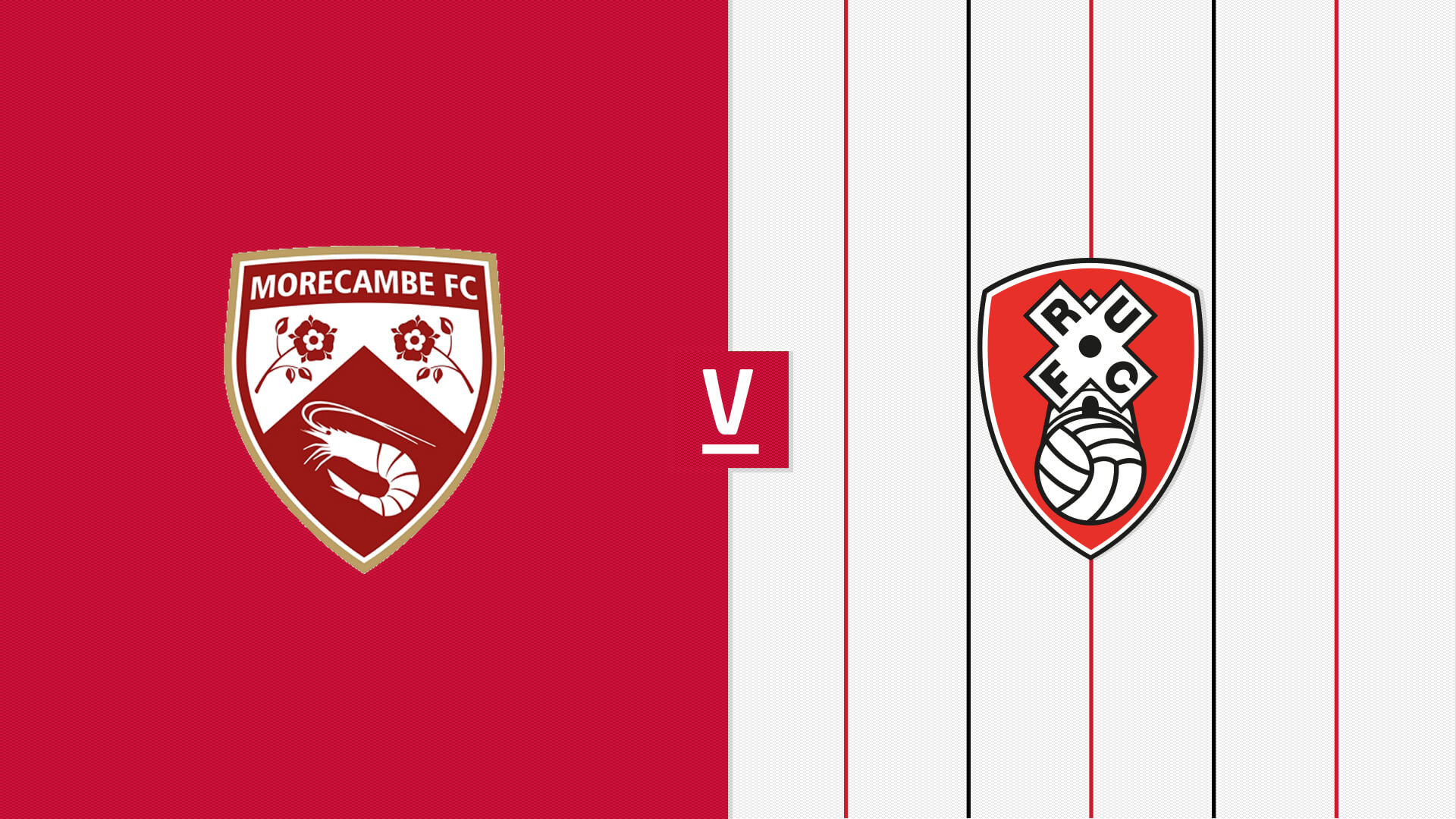 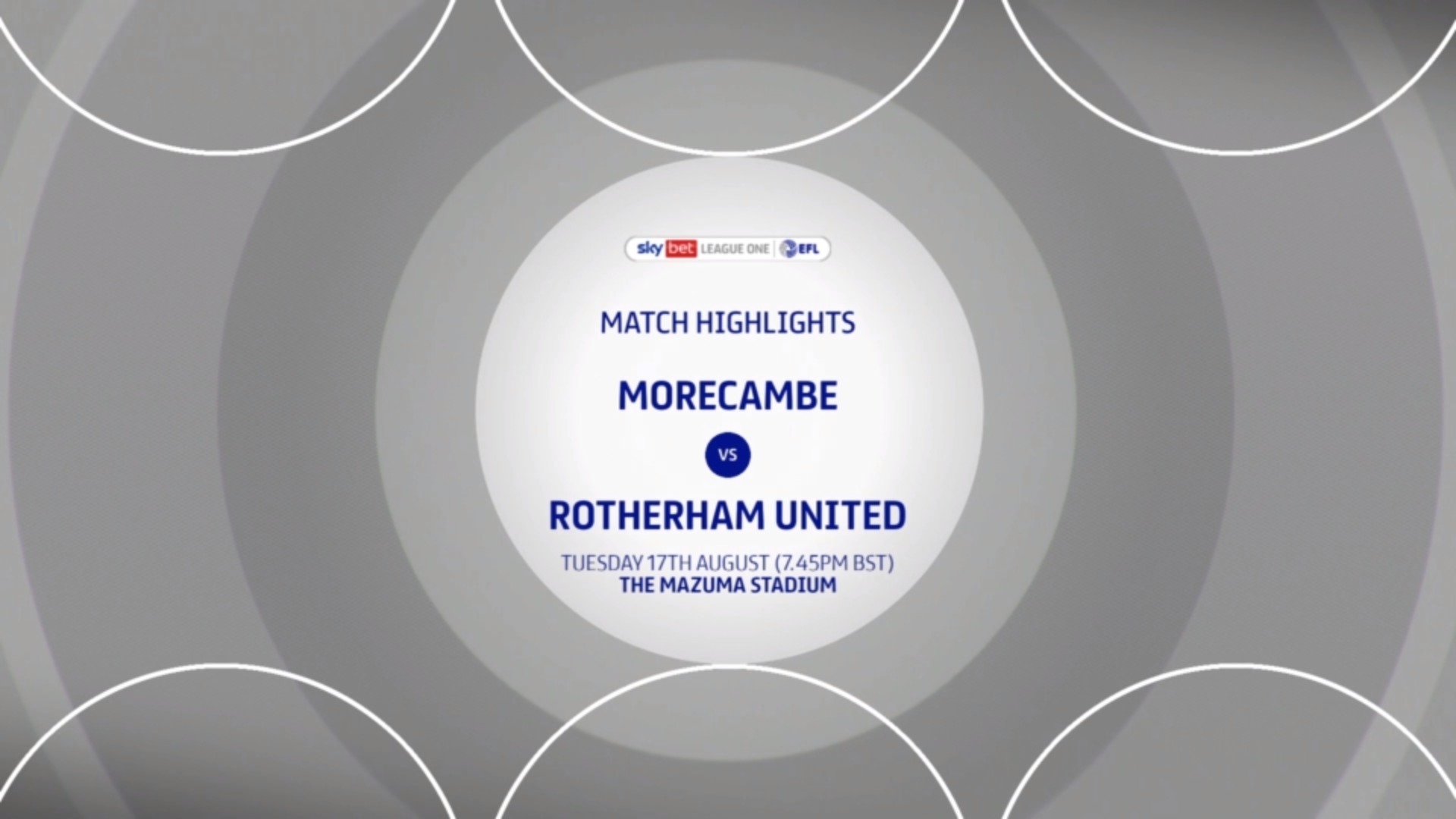 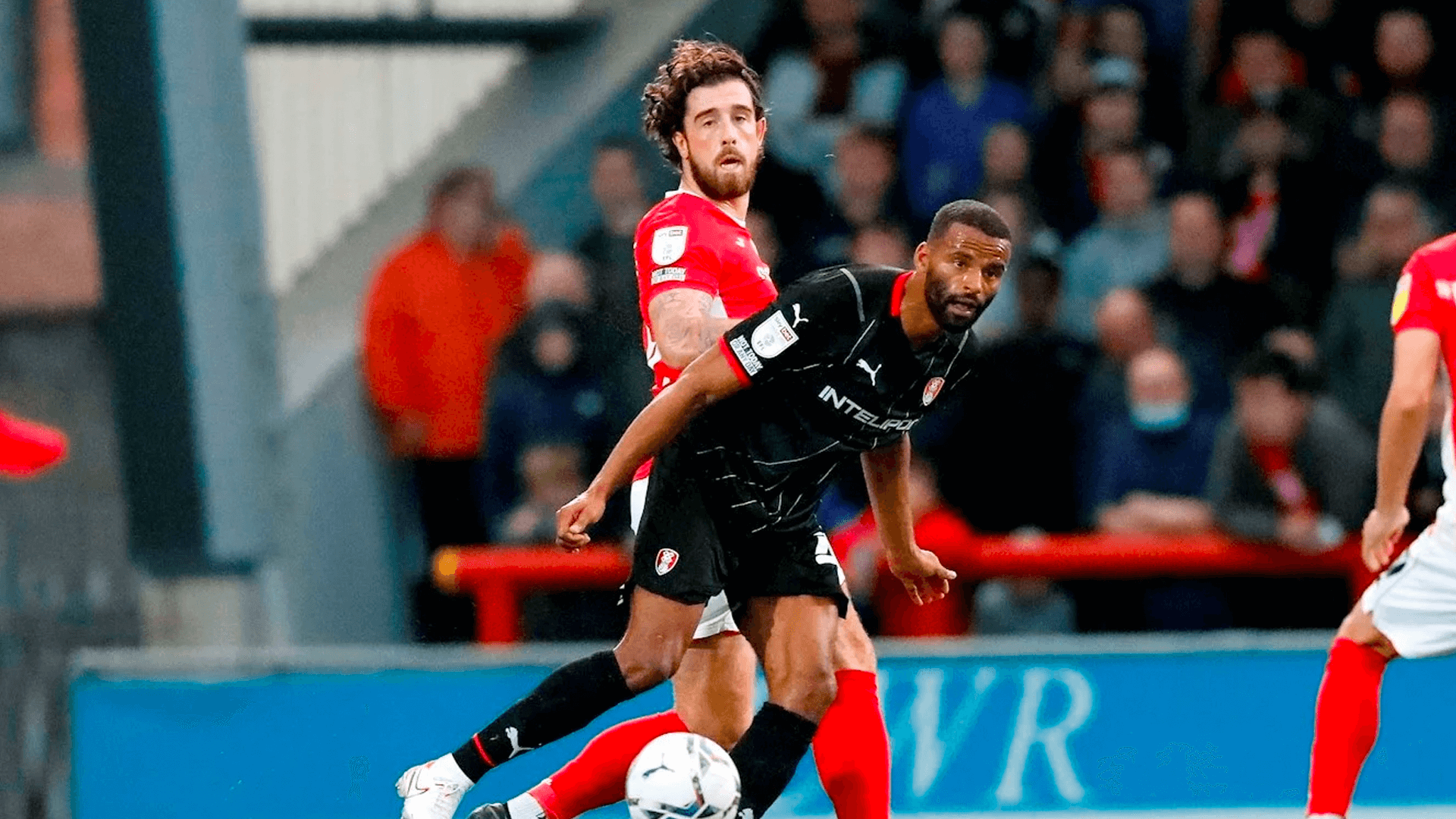