Millers pegged back late on....

Rotherham United will go into the Sky Bet League One finale with their automatic promotion fate in their hands, but it could have been so much better, after leading for large parts of their encounter with play-off chasing Sunderland.

In a hostile Stadium of Light atmosphere, Michael Ihiekwe silenced the home hordes by putting the Millers ahead but with Paul Warne’s side being within touching distance of promotion, Ihiekwe was unfortunate to put through his net, and they go into the final day at Gillingham still needing victory to secure their second tier status.

The Millers made the trip to the North East in good heart following their weekend victory over Oxford United.

Warne kept faith with his starting eleven from the crucial win over the U’s.

The home side, who went into the game on the back of a ten game unbeaten run, were naturally quick out of the blocks, in front of the passionate crowd, but Rotherham settled into the game fairly well.

The Millers were starved of possession, in the early stages, and after stopper Viktor Johansson was called into action with a couple of early gathers, they gradually got a foothold in the game.

Republic of Ireland international Chiedozie Ogbene had their first attack of note when he left Callum Doyle in his wake with a speedy run, but he was unable to keep the ball in play, with Ben Wiles waiting for a pull back.

Moments later, Wiles had a snap shot bravely blocked by Danny Batth but Sunderland’s reprieve was only temporary as the Millers broke the deadlock from the resultant corner.

Barlaser caressed a lovely centre to the far post, and Ihiekwe got a run on his marker, to meet his centre, and power a point-blank header into the heart of the Sunderland goal giving Anthony Patterson no chance.

The home faithful were silenced and it almost got better for the Millers when Ogbene dug out a cross to find Wiles, in an inviting position, on the edge of the box, but the Rawmarsh-born midfielder saw his low drive diverted away from goal by a home defender.

The Millers were indebted to Rarmani Edmonds-Green for a timely intervention to prevent Ross Stewart from latching onto Trai Hume’s cross before Batth nodded wide from Lyndon Gooch’s corner.

Warne’s side were growing into their Stadium of Light surroundings and Jordi Osei-Tutu played a lovely one-two with Ollie Rathbone, and the Arsenal loanee worked a shooting position on the edge of the box, but he could only drag his shot harmlessly wide of the target.

The home crowd were growing increasingly frustrated with their side and Edmonds-Green clipped a cross which saw Ihiekwe head wide before Osei-Tutu’s lovely inside pass paved the way for Ogbene to burst into the box, but his flashed centre agonisingly evaded a number of Rotherham runners.

The Millers were having a good spell, and Wes Harding, in an uncharacteristic forward position, had a shot blocked en-route to goal before Barlaser blazed a long-range effort over.

Just shy of half-time, Ogbene latched onto a flowing Rotherham move, before unleashing a dipping effort from distance which failed to trouble the target before Osei-Tutu, a constant source of danger, left Hume grasping at thin air, as he ghosted into the area, but his cross was cut out.

The home side had the first sight of goal in the second half when Osei-Tutu was caught napping from a ball over the top and Gooch’s assist presented Corry Evans with the chance to strike from the edge of the box but he ballooned his effort over.

The Millers were chasing for everything, and Ogbene showed this perseverance with some determined play which saw him eventually earn a free-kick, from which Barlaser saw his centre headed behind.

Warne’s side were fighting for the prize and after Harding had worked hard to secure a corner, Barlaser put over the resultant centre which gave Michael Smith the chance to usher away his marker, before heading harmlessly wide.

The Millers fans, who were in the gods of the Stadium of Light - were almost on their feet again – with Barlaser once again the architect – following a lovely weighted corner which saw skipper Richard Wood rise highest to plant a header goalwards but Patterson was ideally placed to snuff out the danger.

The home side were struggling to fire until Luke O’Nien drilled a cross which narrowly evaded the attentions of Stewart before sub Elliot Embleton cynically blocked Ogbene, who looked to speed away in a Rotherham foray.

Both sides had cries for a spot kick when Wood was bundled over in the box from Barlaser’s free-kick before the ball struck the arm of Osei-Tutu in the area, at the other end, but from a short distance, and neither was given.

The Millers had a spot of danger when Rathbone felled Gooch, which saw him cautioned, in an inviting position, but sub Alex Pritchard – a renowned free-kick specialist – curled a delightful effort which smashed into the side netting, to the relief of all those with a Rotherham United persuasion.

Warne’s side had a chance to seal the deal with six minutes to go, in a moment which proved crucial in the final reckoning.

Sunderland failed to clear their lines from a Rotherham corner, and Wiles kept his nerve to find Smith, who was in acres of space, but for once the Millers hitman fluffed his lines when he failed to hit the target with a low drilled effort.

The Millers were not resting on their laurels and sub Jamie Lindsay had a shot with his weaker left-foot deflected over.

However, Rotherham, who at that point had weathered everything that Sunderland had thrown at them, saw their hearts broken with just minutes to go when the home side equalised.

The home side switched play to great effect and sub Jack Clarke delivered a wicked cross, and Ihiekwe, in a desperate attempt to clear the danger, headed back towards his own goal, and the ball unluckily found the Rotherham net.

There was further drama to come, in stoppage time, when Wiles came close to putting Ogbene in the clear, but the Rotherham flyer was crowded out before seeing his shot deflected wide.

Despite the disappointment, the Millers travelling contingent were quick to hail the efforts of their players, who edge one point ahead of third-placed Milton Keynes Dons, who go to Plymouth on the final day. 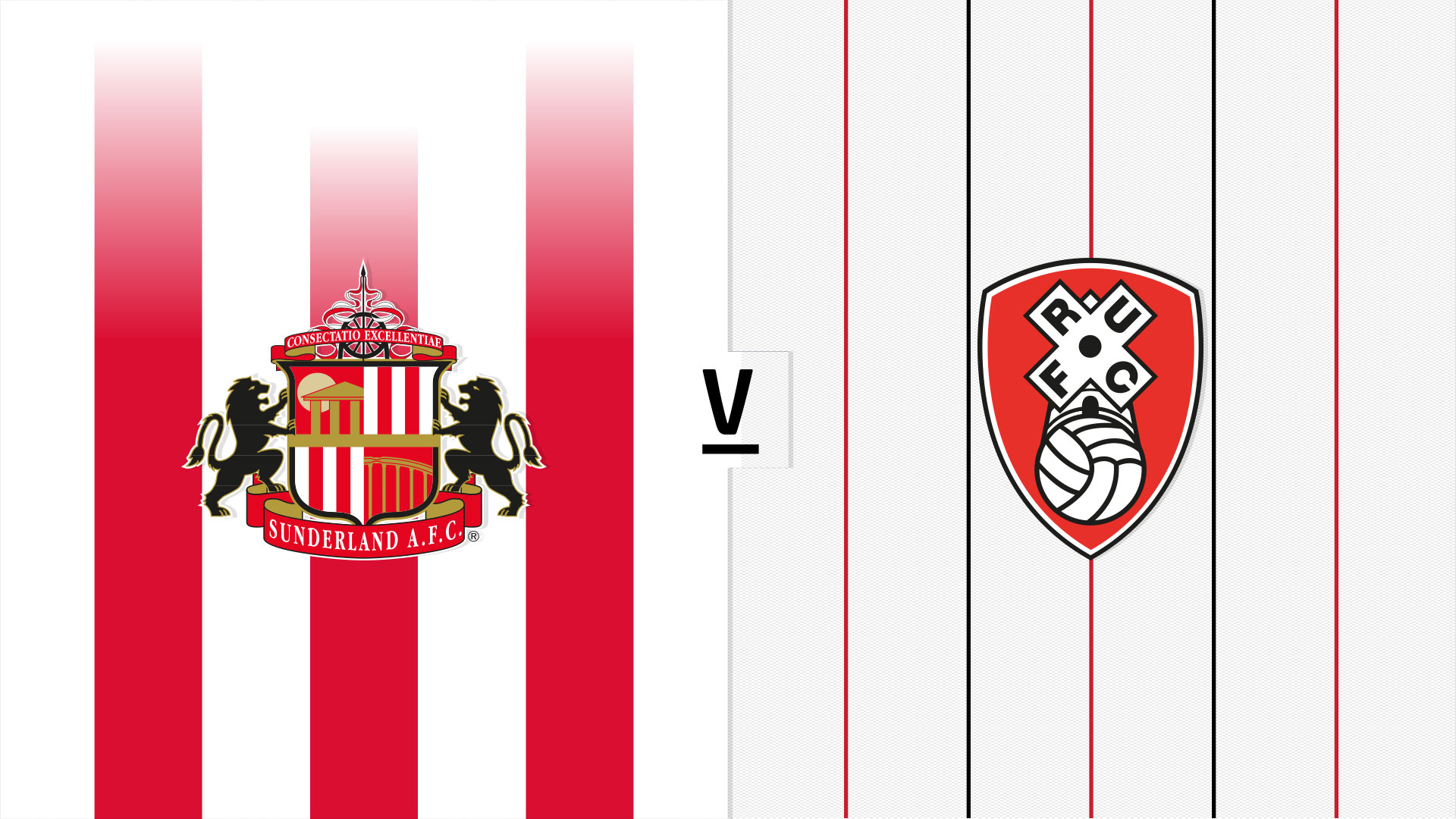 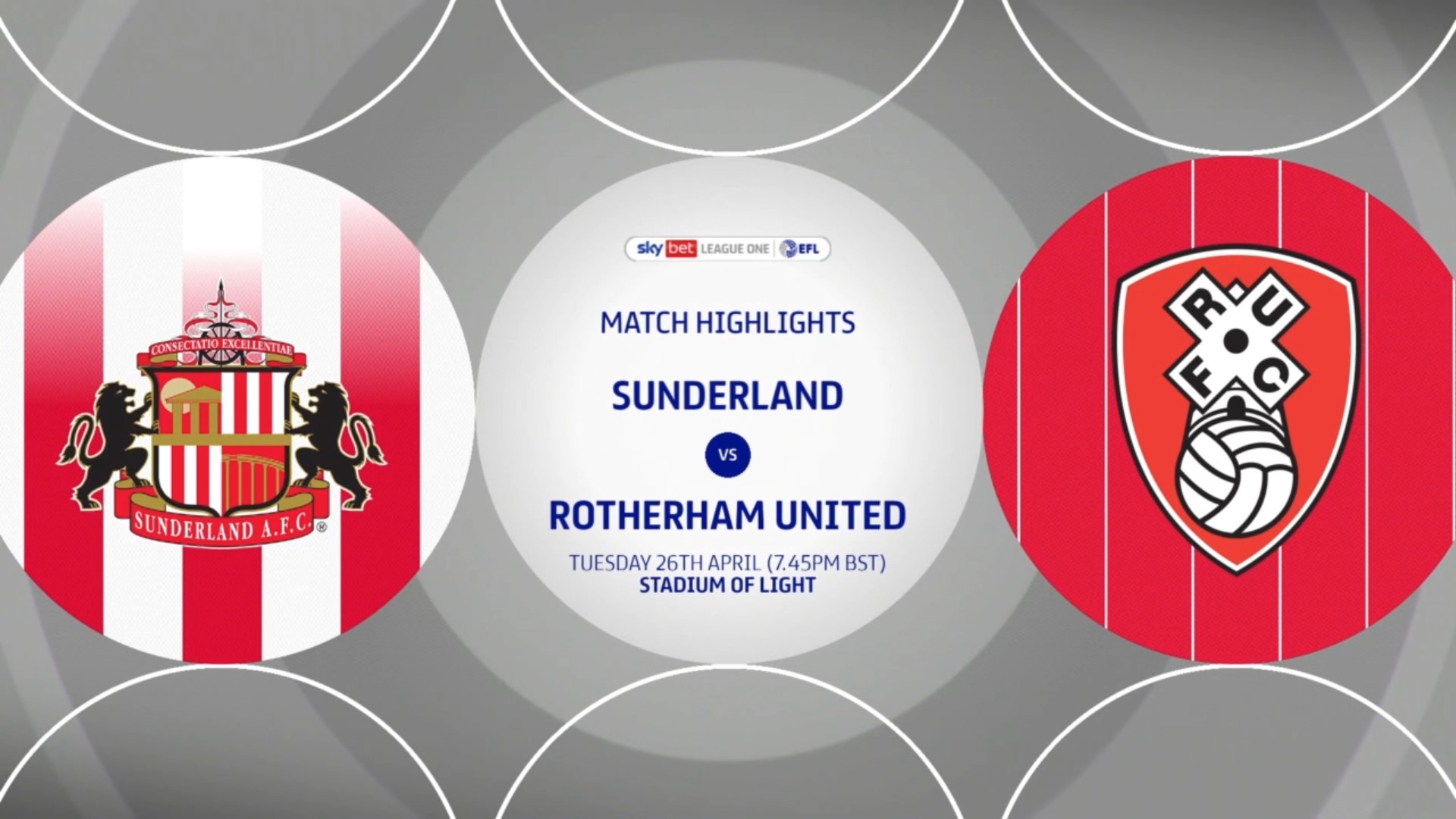 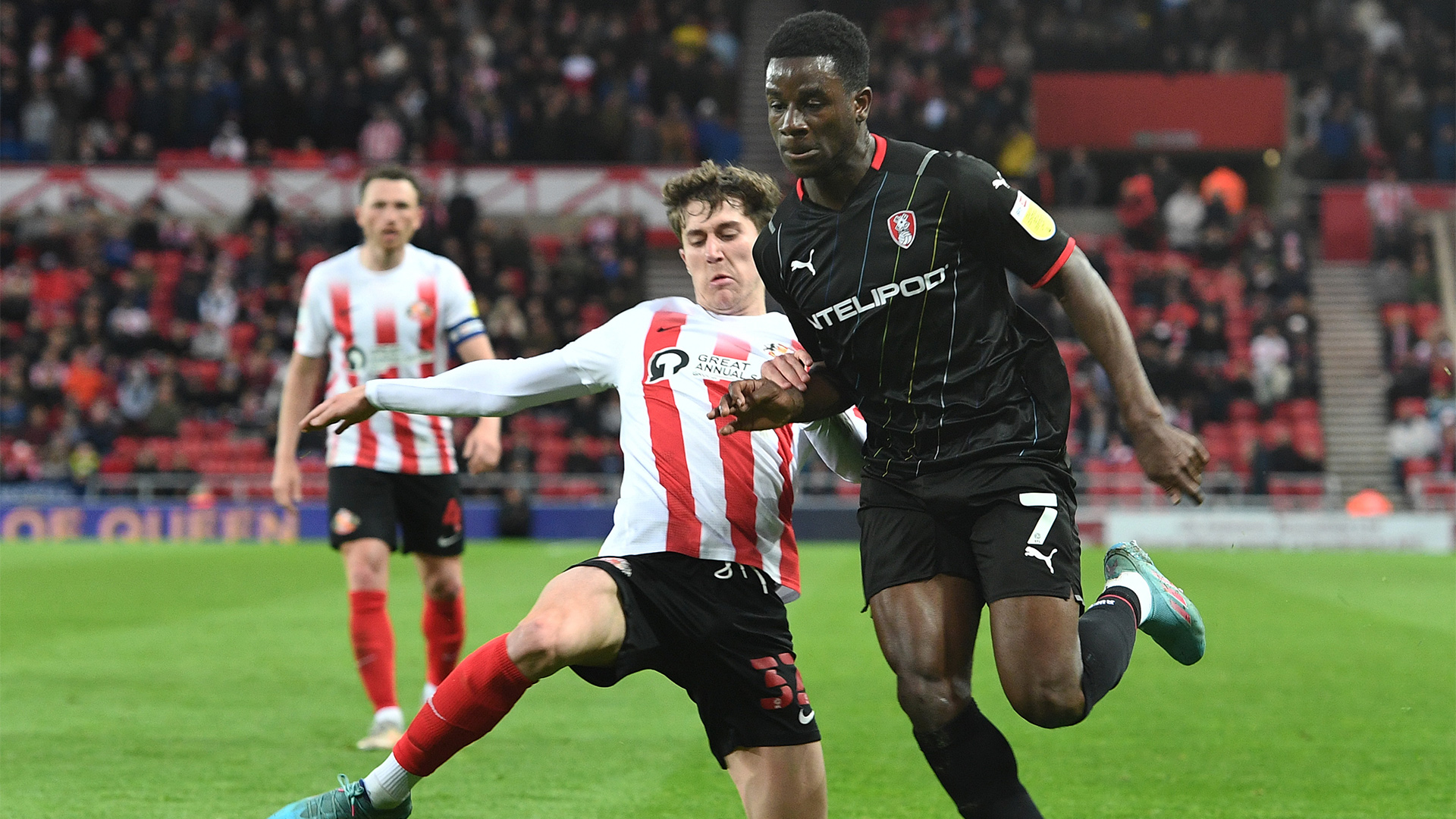