Rotherham United lifted the Papa Johns Trophy in spectacular fashion by coming out on top in a six-goal thriller with Sutton United, despite being behind twice, including with just seconds to go, before notching two goals in extra time.

Chiedozie Ogbene, who had an international break to remember with his native, Republic of Ireland, and Michael Iheikwe were the Rotherham heroes in added time, and turned a captivating clash in the Millers favour, despite Paul Warne’s side not being at their best, for much of the Wembley Stadium clash.

However, Warne’s men have amazing powers of recovery, and incredible fitness levels, and this came to the fore again after Donovan Wilson and Craig Eastmond looked set to claim the cup for the League Two outfit, despite Ben Wiles’ superb first-half strike.

Firstly, sub Jordi Osei-Tutu struck deep in stoppage time with a lovely effort to take the game into extra time before Ogbene and Ihiekwe’s heroics.

Following a short break due to the international period, Rotherham returned to action with the showpiece final.

Swedish stopper Viktor Johansson got the nod between the sticks with Josh Vickers ruled out because of injury.

Experienced duo Joe Mattock and club skipper Richard Wood lined up at the heart of the Rotherham rearguard alongside Ihiekwe.

Home grown player Wiles, Oliver Rathbone and Dan Barlaser made up the core of the Millers midfield with Ogbene and Mickel Miller asked to provide some pace and power on the wide expanses of the Wembley turf.

Top-scorer Michael Smith led the Rotherham frontline alongside another Academy product Joshua Kayode, who was handed the opportunity to ply his trade on the highest stage.

The Millers were roared onto the Wembley pitch by a large, vociferous backing from South Yorkshire.

Following the official protocols, Ogbene and Miller were involved in the early action when the latter was felled in an inviting position.

Barlaser swung over an inviting free-kick which Wood, the hero of the last time Rotherham were at the national stadium, narrowly failed to make a telling connection.

Sutton were not daunted by the task at hand and Will Randall fired into the side netting after Rathbone had made a hash of an attempted clearance before ex-Miller Rob Milsom, who was a play-off winner in 2014, curled over a corner which Johansson was forced to palm clear, under pressure from a number of players.

The Millers had a scare when the highly-rated David Ajiboye embarked on an incisive run which split open the Rotherham defence before picking out Randall, who calmly evaded the desperate challenge of Ihiekwe, before giving Johansson the eyes with a low shot, but fortunately for the Millers, he drilled his effort wide.

Warne’s side were arguably second best in the early stages and frustration boiled over when Wiles became the first to see yellow for hauling down Omar Bugiel on halfway.

The Millers were struggling to find their rhythm until Kayode looked to bundle his way through on the edge of the box, but the youngster’s progress was halted before Ihiekwe and Mattock got in each other’s way, as they tried to meet Barlaser’s corner, and the chance was lost.

Sutton were rewarded for their bright start by opening the scoring, just before the half-hour mark.

Milsom delivered another tantalising corner, which his favoured left-foot, and Rotherham only half cleared the danger, and Sutton played the ball back into the danger area, and Smith, in an unaccustomed defensive position, tried to bring the ball under his spell, but it was not the time or the place, and Randall took advantage to provide the assist for Wilson, who made no mistake to drill a sweet, left-footed effort, from just inside the box, which beat the outstretched hand of Johansson, to find the corner of the Rotherham net.

The Millers were visibly rattled by the setback, and Randall almost took advantage of some more defensive hesitation before Ogbene had a rare opening for Warne’s side, but he blasted over.

The Millers were in a state of lethargy, and were struggling to make an impression but against the run of play, a moment of genius from Rawmarsh-born Wiles got themselves back on level terms.

Johansson punted the ball up field and Smith got the better of the aerial challenge while Kayode kept the ball alive, the ball rolled back to Wiles, who showed fleet of foot, to evade a Sutton challenge, before taking aim from distance, and he made no mistake, by curling a wonderful effort which dipped over Bouzanis, to find the heart of the Sutton goal.

The Millers players and fans sprang to life, and they went into the interval in good heart when Rathbone’s low shot had Bouzanis at full stretch before the Sutton ‘keeper was called into action again when Smith’s hooked shot stung his palms.

Attacking their travelling masses, the Millers started the second half as they finished the first when Wiles latched onto a fine-flowing move involving Smith and Kayode, to clip an effort into the grateful hands of Bouzanis.

However, Sutton silenced the Millers fans, by regaining the lead, just three minutes into the half.

Rathbone had his pocket nipped on halfway, and Ajiboye, a constant danger, got the better of Mattock, to deliver a cross, which looked inch-perfect for Eastmond, whose initial shot was blocked by Ihiekwe, but the rebound fell invitingly back into the Sutton skipper’s path, and he kept his composure, to clip the ball past a helpless Johansson from point-blank range.

The Millers’ first-half insecurities seemed to come into play until Miller’s effort was deflected over before Ihiekwe nodded harmlessly wide from the resultant corner.

Warne made a double change on the hour mark with Freddie Ladapo, a recent injury victim, and Wes Harding introduced, while reverting to a 4-4-2 formation.

The move nearly paid immediate dividends when firstly a mis-hit Sutton clearance paved the way for Ogbene to clip a centre which Smith headed over, under pressure from the Sutton centre-halves, before Wiles almost repeated his first-half heroics, with a deflected low drive which had Bouzanis, at full stretch, to keep the ball out.

Sub Isaac Olaofe almost made an instant impact from the bench, for Sutton, when he left Wood in his wake, but he could only scuff an effort wide from a tight angle.

The Millers were looking for a way back into the game and it almost came when the two subs combined as Harding floated a cross which was met by the head of Ladapo, but Bouzanis plucked his effort out of the sky.

Smith showed his immense bravery by clashing with Bouzanis, despite looking second favourite, in an aerial duel before Rotherham missed a gilt-edged chance to level matters with just over ten minutes remaining.

Wiles turned from finisher to provider with a lovely weighted through ball which split open the Sutton defence, and Ladapo showed his marker a clean pair of heels to bare down on goal but Bouzanis won the battle of wills in the one-on-one situation, as he kept out his left-footed effort with his legs.

Louis John was deservedly cautioned for hauling down Ladapo and Rotherham, who were handed seven minutes of stoppage time, came close to equalising when Smith latched onto a hopeful punt into the box, and despite looking set to slot home, Ben Wyatt came out of nowhere with a superb block, to divert his effort over the bar.

Time looked to be running out for the Millers until Warne’s side dragged themselves from the brink by levelling matters in the sixth minute of stoppage time.

Ladapo clipped a hopeful ball into the box, and a wayward last-ditch clearance fell kindly for Osei-Tutu, who got the ball from under his feet, to curl a left-footed effort which Bouzanis got a hand to, but neither he or a backtracking defender or two, could keep the ball out, as it arrowed into the top corner of the net.

Osei-Tutu was proving a thorn in Sutton’s side and Joe Kizzi was forced into an illegal tackle to halt another barnstorming run from the Arsenal loanee, in the early minutes of extra time.

Rotherham almost punished Sutton from the resultant free-kick when sub Shane Ferguson curled a lovely effort which took the slightest of nicks of a retreating defender, as it shaved the top of the crossbar.

Sutton looked a little leggy, at this stage, but Harry Beautyman caused Millers’ hearts to flutter, when he blazed over from a promising position.

Rotherham were now on top, and they took the game by the scruff of the neck when Johansson’s long punt was flicked on Smith, and with Ladapo involved, the ball was worked to Ogbene, who weighed up his options, before striking a lovely right-footed effort from distance which flashed past the outstretched hand of Bouzanis, to find the bottom corner of the net.

The Millers were now going for the jugular and they almost sealed the deal, minutes later, when Ferguson’s cross was headed across goal by Ihiekwe, and with Ladapo lurking, the ball struck the woodwork before Ladapo’s fierce effort from a tight angle brought a superb, reflex save from Bouzanis.

Rotherham’s lead was still a slender one and Matt Gray’s side were still looking a threat on occasion and Olaofe won a tussle with Wood in the box, before firing over.

The Millers were looking a much-improved outfit, at this stage of the game, and they gave themselves such much-needed breathing space with a fourth goal when they forced a corner, and Ferguson delivered a delicious centre and Ihiekwe outjumped his marker to power a header which flew past Bouzanis.

The Rotherham fans could now sit back and enjoy the latter stages of the game as Warne’s side kept the door back shut while threatening a fifth goal, before the party could really begin for the players and fans alike. 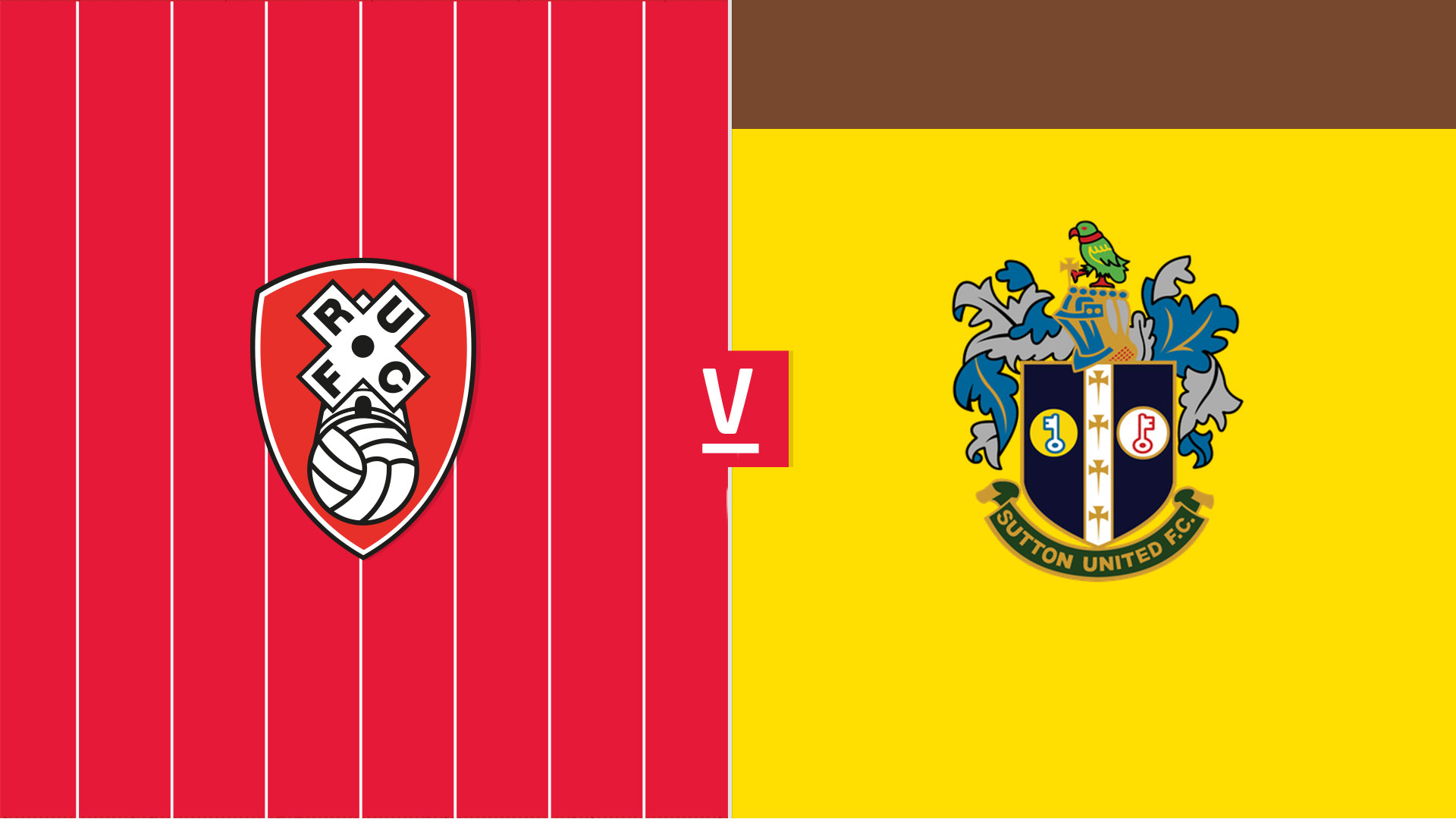 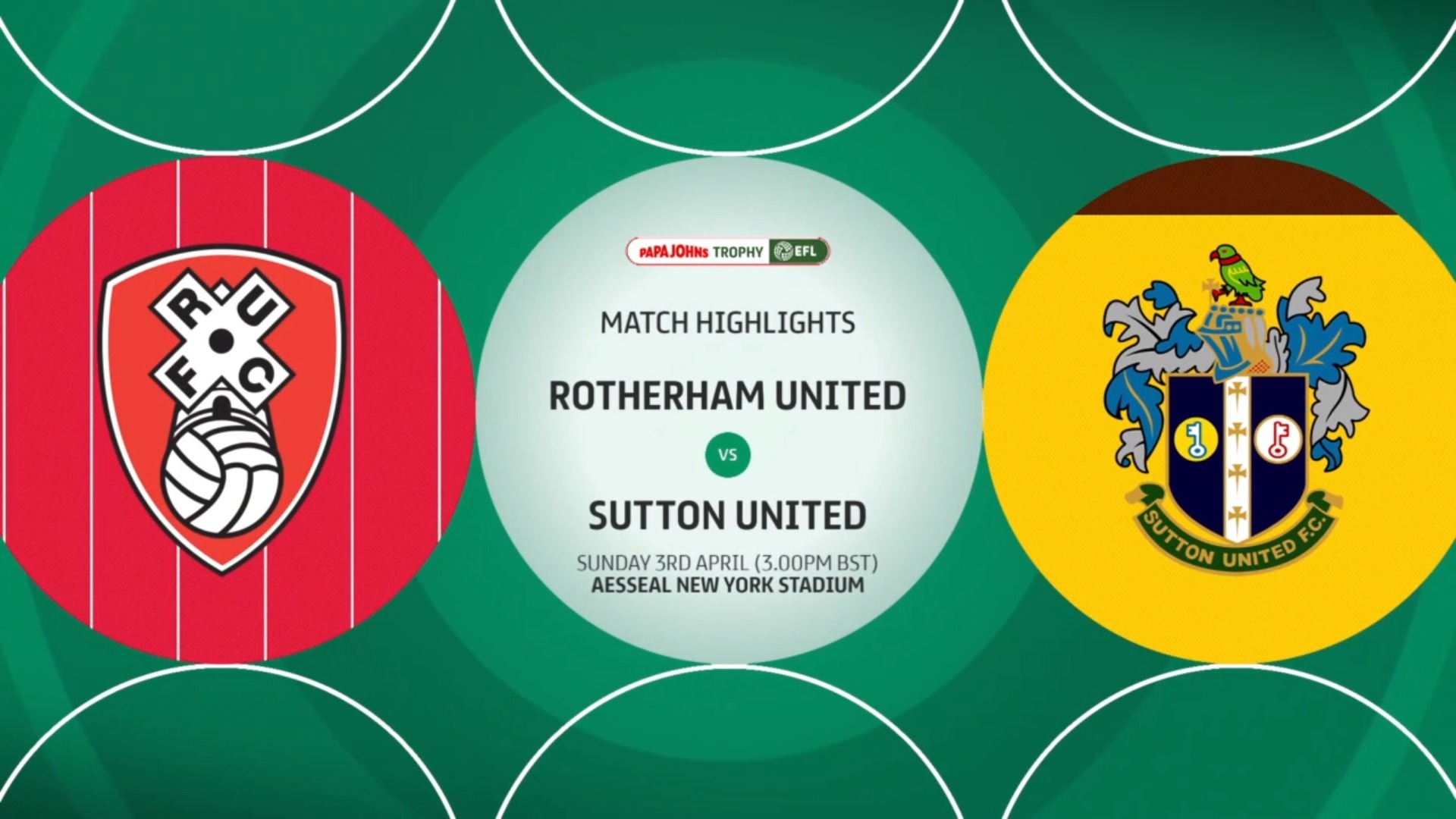 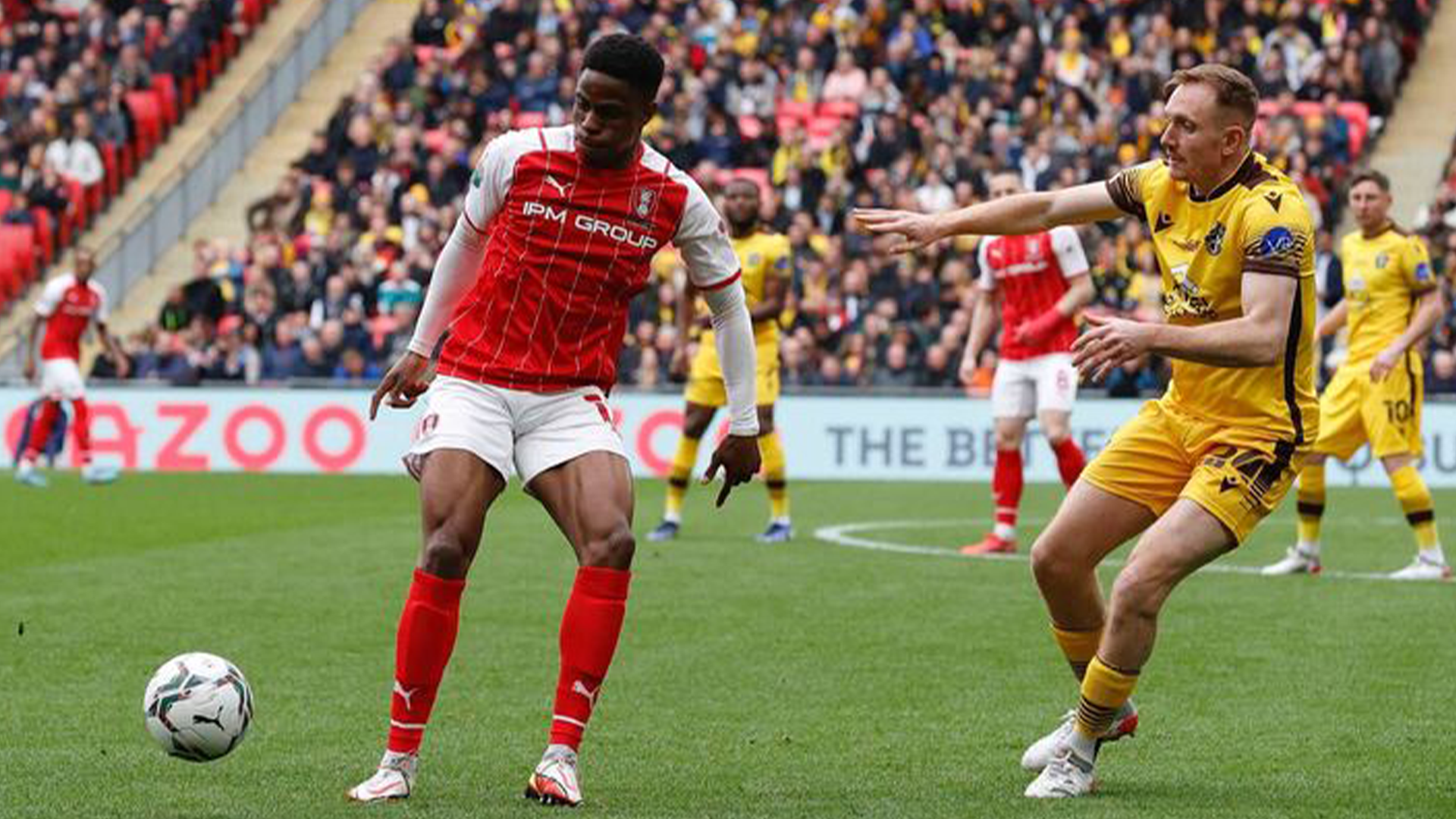