Rotherham United will go into their last two games with their Sky Bet League One automatic promotion hopes well and truly in their own hands after a superb comeback victory over Oxford United at a rocking AESSEAL New York Stadium.

The omens were not good when Dan Barlaser put through his own net, but the Millers showed their never-say-die spirit when Rarmani Edmonds-Green levelled matters on the stroke of half time.

Barlaser, then went from villain to hero, when he struck what could turn out to be a very important winner, from the penalty spot, after Chiedozie Ogbene was felled in the box.

Following their midweek defeat at the hands of Burton Albion, Millers boss Paul Warne made just a solitary change to his starting line-up for the visit of the play-off chasers.

Club skipper Richard Wood was recalled to add some much-needed experience and know-how to the Millers backline, in his 200th league appearance in Rotherham colours, with Scottish midfielder Jamie Lindsay being the one to make way.

Arsenal loanee Jordi Osei-Tutu took his place on the flank despite taking a knock at the Pirelli Stadium but Northern Ireland international Shane Ferguson was unavailable, due to a foot injury, sustained in the same game.

There were a couple of familiar faces in the visitors line-up, in the shape of former Millers’ Ryan Williams, who started for the U’s while fellow winger Anthony Forde was on the bench.

The AESSEAL New York Stadium was at fever pitch, in the early minutes, with the ‘Red and White’ army in full voice, in giving full backing to their side, who attacked the KCM Waste Management Stand in the first half.

It was Oxford, who settled into the game the quicker, and Wood had to be on his toes with a couple of timely clearances before Cameron Brannagan harmlessly headed over the home bar.

Midfield dynamo Ollie Rathbone failed to make the best out of a shooting position following good work by Osei-Tutu and the chance was lost.

There was a moment of controversy when Barlaser swung over a delightful free-kick and Wood appeared to get on the wrong side of his marker, before being hauled over in the box by an Oxford defender, but despite the vehement protests of Rotherham players and fans alike, the referee took no further action.

However, Oxford, who were roared on by a noisy travelling contingent of their own, took the lead on ten minutes.

A long diagonal ball from the back was misjudged in the air by Osei-Tutu, and Sam Long took advantage to get the ball under his spell, before leaving the Rotherham winger, in his wake, and the visiting full-back delivered a tantalising centre which was aimed at Matty Taylor in the six-yard box, but Barlaser, in a desperate attempt to cut out the danger, could only plant the ball into his own net.

Warne’s side initially responded positively to the setback and Osei-Tutu met Ogbene’s cross to head goalwards but Jack Stevens plucked his effort out of the sky.

Williams became the first to see yellow for a mistimed challenge on Rathbone near the touchline before the Australian winger broke clear, in an Oxford counter, but his over hit cross evaded his teammates.

Luke McNally was lucky to escape censure for hauling down Michael Smith, ungraciously, on two occasions but the Millers almost punished him, in the second incident, when Wood nodded wide from Barlaser’s resulting free-kick.

Just before the hour mark, Harding was cautioned after he bundled over Williams in full flow before Rotherham belatedly started to grab a foothold in the game, in the latter stages of the half.

Firstly, Ogbene’s slide-rule pass split the Oxford defence open and Smith had the chance to ghost into the box, before firing a drilled effort which agonisingly fizzed across the face of goal but missed several Rotherham runners.

Seconds later, Wiles’ driving run forced a corner and Barlaser curled over a centre which appeared to see Stevens bring down Edmonds-Green in the box, but yet again, the referee waved away Rotherham protests.

Holding their slender advantage, Oxford were taking every opportunity to slow down proceedings, and Taylor was deservedly booked for kicking the ball away, just shy of the break, not for the first time.

However, Rotherham, despite not being at their fluent best, found themselves back on level terms, in the dying seconds of the half.

The home side had forced back-to-back corners, and after Oxford failed to clear their lines, Ogbene kept the ball alive, and Wiles, after initially turning the option for a first-time cross, cut inside to deliver a lovely centre with his weaker left-foot, and Edmonds-Green, showed great bravery to make the cross his own, and head powerfully into the heart of the Oxford goal, from close range.

Buoyed by their late first half equaliser, the Millers had the first sight of goal when Barlaser planted a inch-perfect ball over the top and Ogbene raced away but the Rotherham flyer, bizarrely, elected to cross, when he could have driven into the visiting box, almost unchallenged.

Warne’s side, roared by their vociferous home following, came close to take the lead when Ogbene, again, worked his way into a dangerous position before sliding the ball to the edge of the box into the advancing run of Barlaser, who executed a curling effort, which shaved the top of the Oxford crossbar.

The game was end to end in a matter of sixty seconds when Wood almost capitalised on some defensive hesitation from the visitors but Stevens came to Oxford’s rescue before Williams, almost came back to haunt his former club, when he was on the end of a flowing visitors move, but his prodded effort from close range was superbly diverted to safety by Viktor Johansson.

The moment proved crucial when Rotherham were handed the perfect opportunity to score a decisive winner with 24 minutes to go.

There looked little danger when Barlaser’s ball over the top looked to be skipping out of play, but Ogbene, in a foot race with McNally, nipped the pocket of the Oxford defender, before advancing down the by-line, and with McNally now second best, he bundled over the Republic of Ireland international in the box, and the referee pointed to the spot.

Barlaser was the man to take the pressure kick, and the Millers playmaker duly delivered from 12 yards, when he caressed the penalty into the Oxford net with a sweet strike giving Stevens no chance.

The Millers players were giving their all, in a fervent AESSEAL New York Stadium atmosphere, and Smith could have given them some breathing space with a third goal, but he failed to repeat his Ipswich heroics, in a similar position, when he blazed over the bar.

The Millers had a scare when Brannagan’s lovely defensive splitting pass paved the way for sub Marcus Browne to edge away from Wood, but the Rotherham skipper did enough to prevent him getting a clean strike, and Johansson did the rest, by keeping the ball out with a smothered save.

Amazingly, Warne’s side came close to sealing the deal on four occasions when firstly Barlaser’s opportune free-kick almost sneaked in at the near post, but Wood, in avertedly kept the ball out before Smith made a weak connection with a volley from Ogbene’s cross, and the ball dribbled agonisingly wide.

Moments later, Rotherham turned defence into attack in the blink of an eye and Ogbene’s lovely pass put Wiles in the clear, and the Rawmarsh-born midfielder fired a low shot from the edge of the box, under pressure, but Stevens got a hand to his effort to deny him before Rathbone had a snap shot, from a goalmouth melee, but Stevens again bravely blocked his drive at close quarters.

The Millers had to withstand four minutes of stoppage time, and Browne headed over late on for the visitors, before three and a half corners of the AESSEAL New York Stadium stood up to salute their heroes, at the final whistle. 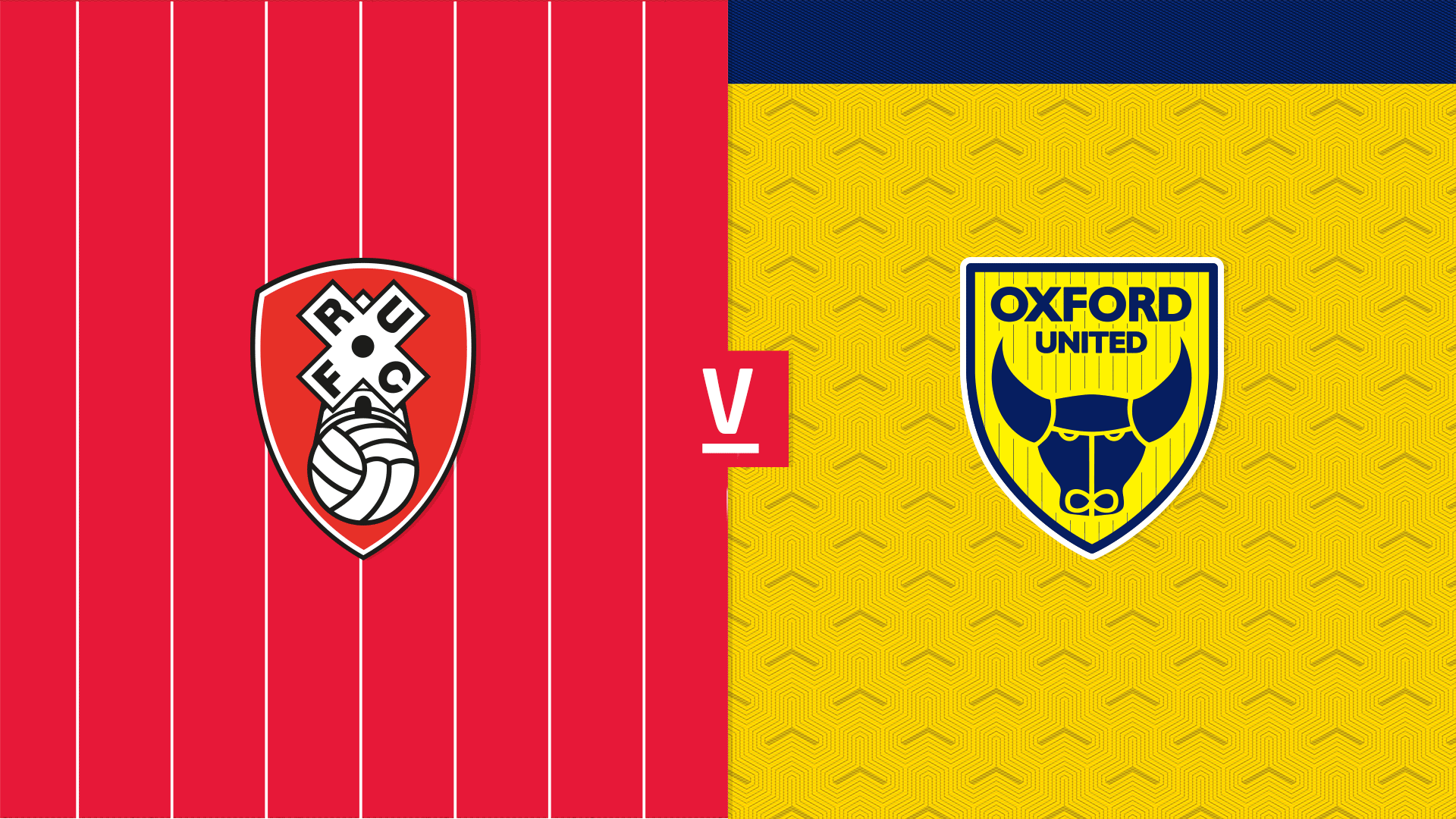 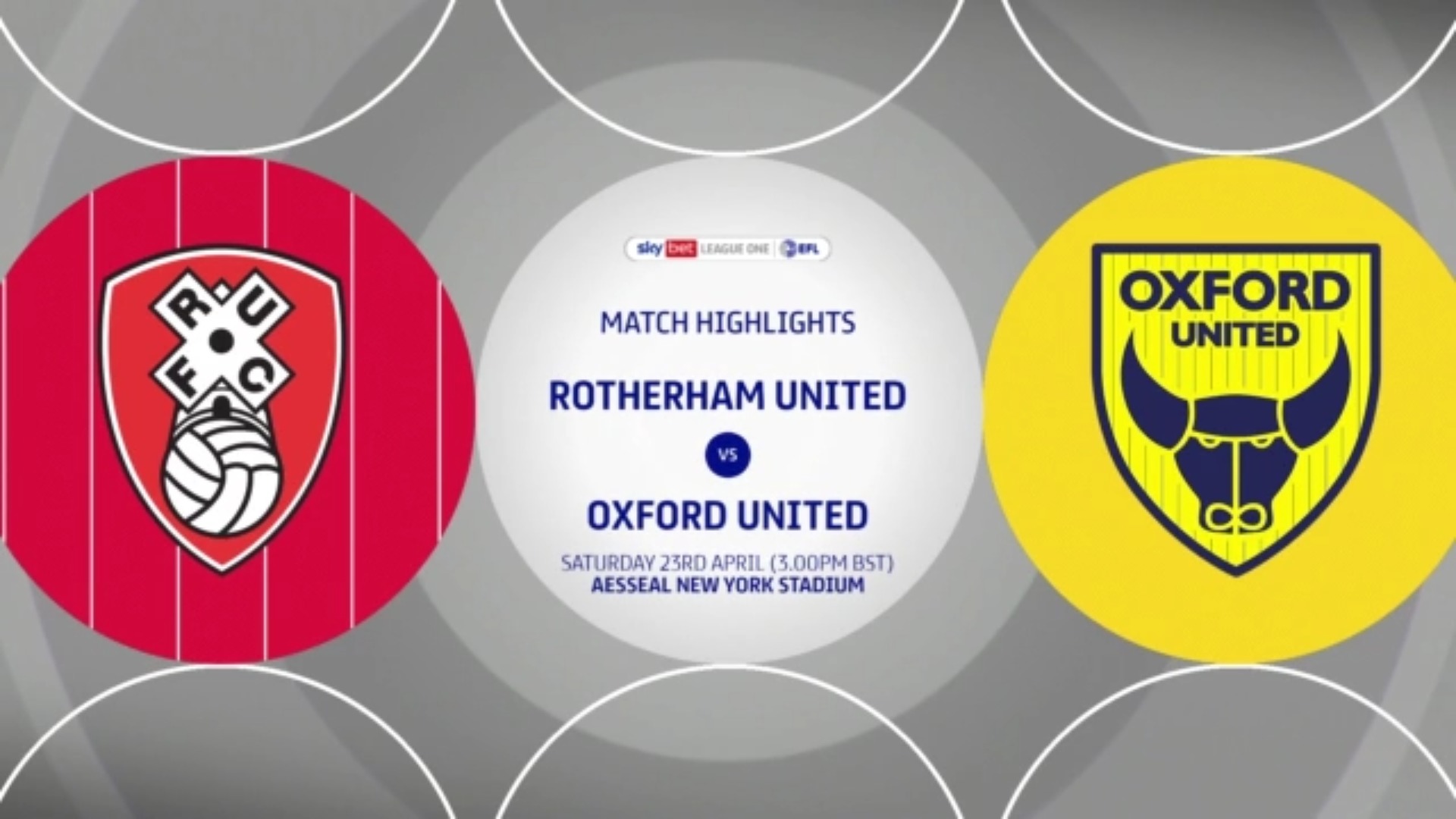 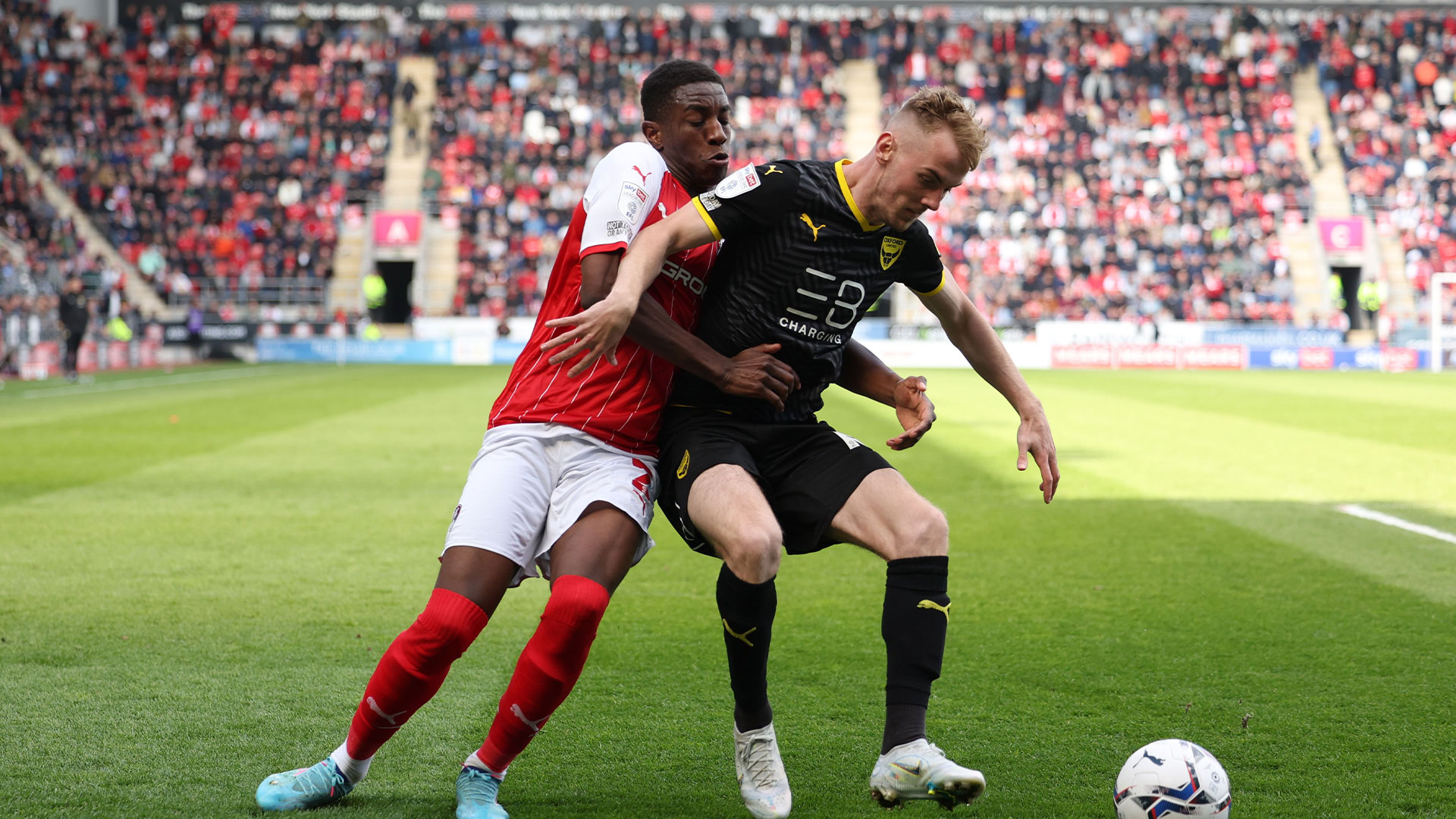