Rotherham United will be playing Sky Bet Championship football next term as they secured automatic promotion following a memorable 2-0 victory over Gillingham, on a nerve-jangling season finale.

Rarmani Edmonds-Green and sub Georgie Kelly, in his first taste of Millers action, were the heroes on a sun-kissed Kent afternoon, as Paul Warne’s side kept their nerve to pip Milton Keynes Dons into that cherished second automatic promotion spot.

For the make or break trip to Kent, Warne kept faith with his starting line-up for the third successive game.

The Millers were minutes away from all but mathematically securing automatic promotion until a late Sunderland equaliser in midweek, but they travelled south in good heart following an impressive display in Wearside.

All permutations were open prior to kick off with the Millers still in with a shout of the title, second place or having to contend with a play-off placing.

For all those with a Rotherham United persuasion, one eye was cast on affairs, in Devon, with Plymouth hosting third-placed Milton Keynes Dons, who started the game just one point behind Warne’s side.

In a red-hot atmosphere at the MEMS Priestfield Stadium, Warne’s side had the first attack of note when Michael Smith hooked a hopeful ball into the box, and Ben Wiles met his centre, but he could not direct his header goalwards.

Chiedozie Ogbene skipped past a couple of rough Gillingham challenges, which left him struggling to keep his footing, but the referee, who had initially played advantage, took no further action.

Minutes later, Wes Harding cut inside on his weaker left-foot to deliver a cross which Michael Ihiekwe headed over before Smith was inches away from meeting Viktor Johansson’s long punt up field but home ‘keeper Aaron Chapman snuffed out the danger.

The Millers had started in a positive vein, on the sun-drenched afternoon, and after Ogbene was felled by Max Ehmer, Dan Barlaser’s free-kick evaded the attentions of Harding, at the far post, before Wiles’ slide-rule pass gave Jordi Osei-Tutu, a glimpse of goal but Jack Tucker put in a last ditch tackle to prevent the Arsenal loanee getting his shot away.

Minutes later, Rarmani Edmonds-Green embarked on a run from deep inside his own half, and after exchanging passes with Wiles, the stylish Millers defender played in Osei-Tutu, who saw his shot deflected behind.

The Millers caught the Gills napping from the resultant corner and Barlaser swung over a delicious centre which Edmonds-Green attempted to turn goalwards, from point-blank range, but Chapman pulled off a superb, reflex save to keep the ball out.

The Gills were relishing the physical confrontation but skipper Stuart O’Keefe overstepped the mark for a crunching tackle on Ollie Rathbone before David Tutonda joined him in the book for hauling down Ogbene in full flow.

With news of MK Dons leading at Plymouth, Rotherham were gunning for the opener and Ihiekwe, a scorer of both goals at the Stadium of Light, nodded wide following Harding’s centre.

In a rare Gillingham foray, Ryan Jackson’s long throw caused havoc in the Rotherham rearguard before it was cleared although many visiting players were expecting a whistle which never came.

Home defender Max Ehmer had to time his tackle to perfection in the box to deny Ogbene before Rotherham executed a training-ground corner routine when Barlaser clipped a pull-back which Wiles could not get under his spell.

The Millers had a scare when Wiles was adjudged to have bundled over Ben Reeves on the edge of the box, and the Gillingham man dusted himself down to curl a free-kick over the Rotherham wall, but Johansson was well-placed to pluck his effort out of the Kent sky.

Just past the half hour mark, Rotherham were finally rewarded for their impressive start, by breaking the deadlock.

After forcing a corner, Barlaser, a superb exponent of a set piece, caressed a lovely ball into the box and Ihiekwe rose highest to keep the ball alive in the six-yard box, and Edmonds-Green was the sharpest to react, by prodding the ball into the heart of the Gillingham net.

The Millers were sensing an opportunity to put the automatic promotion reckoning tightly in their grasp, but Smith, often a reliable source of goals, fluffed a gilt-edged chance to double their lead, soon after.

Ogbene was proving a thorn in Gillingham’s side and the Republic of Ireland flyer skipped past the attentions of O’Keefe to burst into the box, before expertly finding the unmarked run of Smith, but with many expecting the net to ripple, the Millers top scorer could not get his feet right, and he steered the ball wide when it looked to easier to score.

With MK Dons taking charge of their clash in Devon and leaders Wigan Athletic winning at Shrewsbury Town, the pressure was well and truly on Warne’s side but Rathbone volleyed wide for the visitors before Edmonds-Green showed his defensive instincts with a timely intervention to prevent Vadaine Oliver from racing clear.

Despite having the better of the first-half proceedings, the Millers had a huge let-off on the stroke of half-time, when Ben Thompson crashed a point-blank effort against the woodwork with Johansson beaten, but fortunately for the visitors, the ball rolled to safety.

Attacking their own fans and buoyed by results elsewhere, Gillingham were quick out of the blocks at the start of the second half and Ehmer had a snap shot blocked by a brave Rotherham defender before Edmonds-Green had to be on his toes to deny Oliver, a far post header.

The Millers had to weather a home storm, but there was light relief when good work by Smith and Wiles paved the way for Ogbene to flash a shot harmlessly wide.

Skipper Richard Wood was needlessly booked for a head lock on Oliver, and salt was almost rubbed into Rotherham wounds from the resultant free-kick when Conor Masterson blasted wide from Reeves’ free-kick.

Rotherham nerves were on the edge, but they were almost eased when Ogbene’s deflected cross was latched upon by Wiles, who forced Chapman into a smart save before Osei-Tutu was ushered out on the follow up.

In an enthralling encounter, Barlaser had to stick out a timely leg to prevent Olly Lee from notching a likely equaliser before Oliver had an ugly tussle on the edge of the box with Wood, but no offence was awarded.

The Millers were seeking some much-needed breathing space, and Wiles almost obliged, with a stinging drive from distance, but Chapman, a Rotherham-raised ‘keeper, was almost single-handedly keeping the visitors at bay.

With Joe Mattock introduced as substitute, Ogbene had a chance to break clear but Thompson cynically halted his progress, to earn a caution.

The Millers players, who were roared on by a two-thousand plus strong travelling contingent, were giving their all for the cause, and Smith epitomised this, by going through the pain barrier for his side, but his race was run when he was unable to continue and the Millers fans got their first glimpse of January summer recruit Georgie Kelly, as his replacement.

The game was on a knife-edge and Ihiekwe headed straight into the grateful hands of Chapman, before Harding was yellow-carded.

The Millers were going for a season defining second goal and it almost came when Ogbene and Edmonds-Green combined superbly as the former darted into the box, before clipping a cross which Wiles looked to turn goalwards, but again Chapman was his equal with a fine save, before the hosts scrambled the ball clear.

They came even closer, minutes later, when Chapman was finally beaten when Barlaser’s delicate cross was knocked on by Kelly, and Wood nodded home from close range, but the Millers skipper was in an offside position, and it quickly curbed Rotherham celebrations behind the goal.

However, Rotherham were not to be denied, and Warne’s side sealed the deal with two minutes of normal time remaining.

A hopeful ball was played into the corner, but Ogbene was not giving up the chase, and he nipped the pocket of a Gillingham defender, before weighing up his options to pick the perfect pass with Kelly, in support, and the Irish forward kept his nerve, to steer a lovely finish into the corner of the goal, from the edge of the box, past a motionless Chapman.

The goal sparked wild celebrations among the Rotherham followers behind the goal, as well as the Millers players and coaching staff, who could not contain their joy.

Warne’s side weathered eight minutes of stoppage time, in front of a delirious travelling contingent, before the celebrations could really begin. 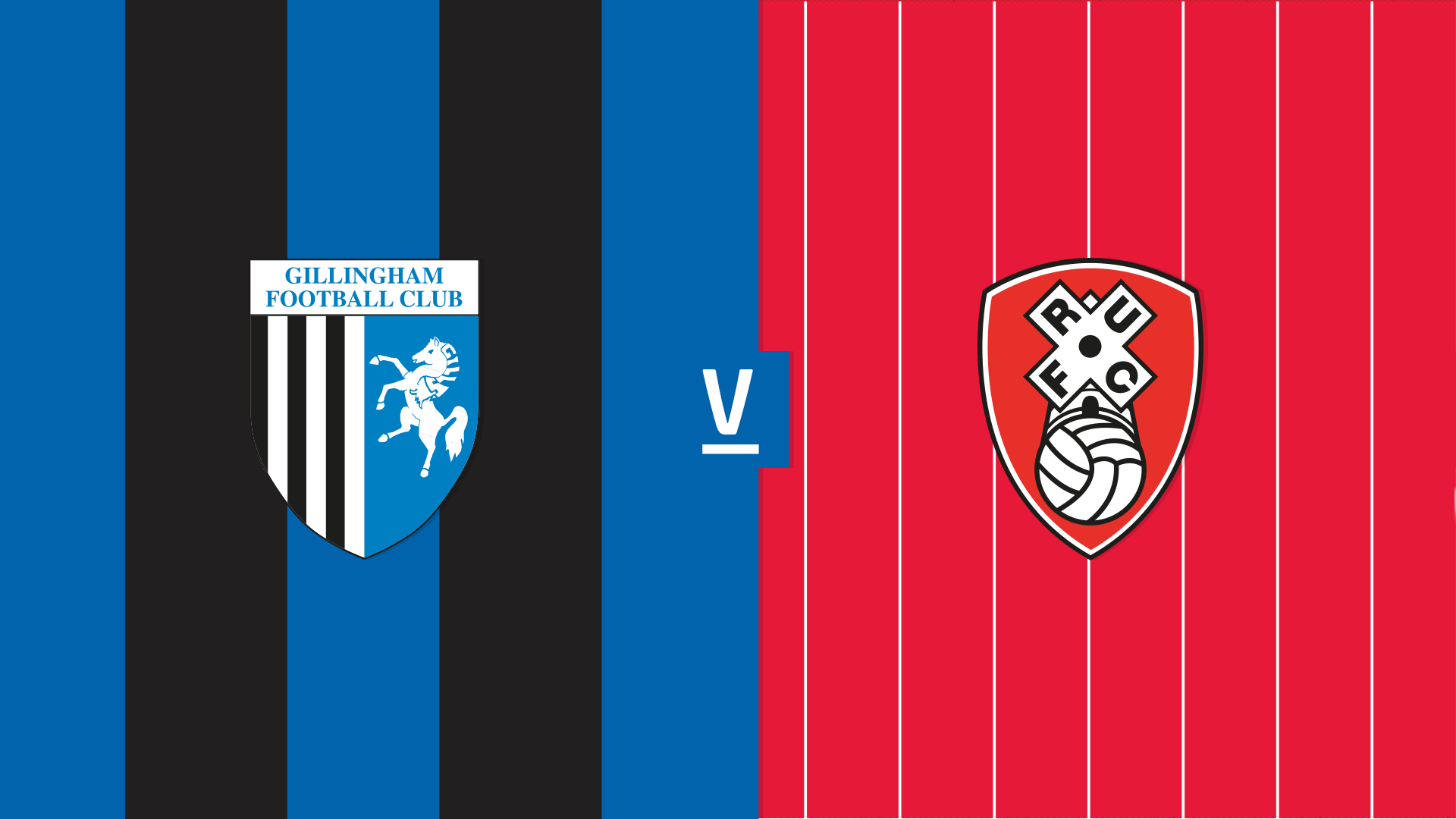 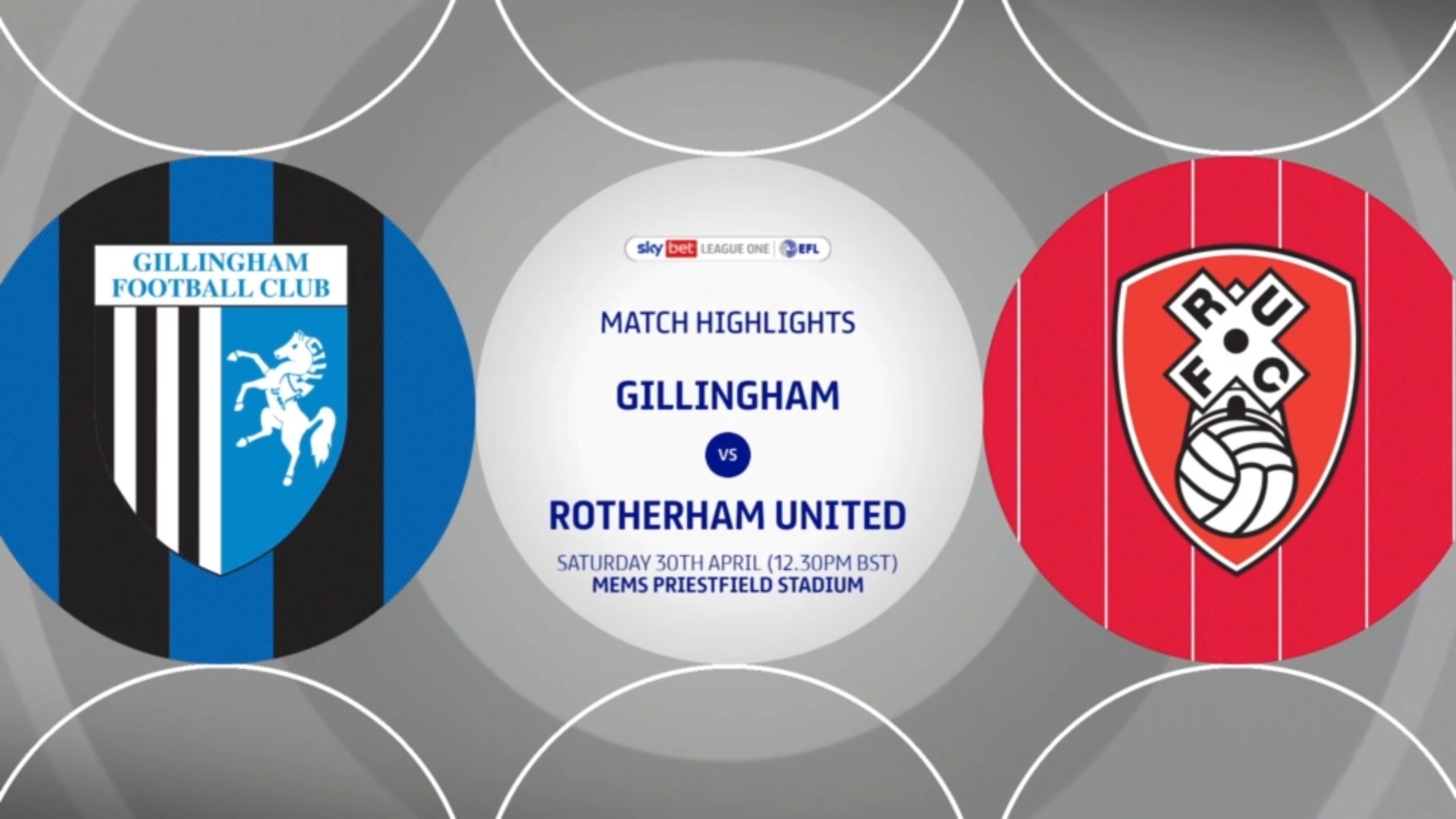 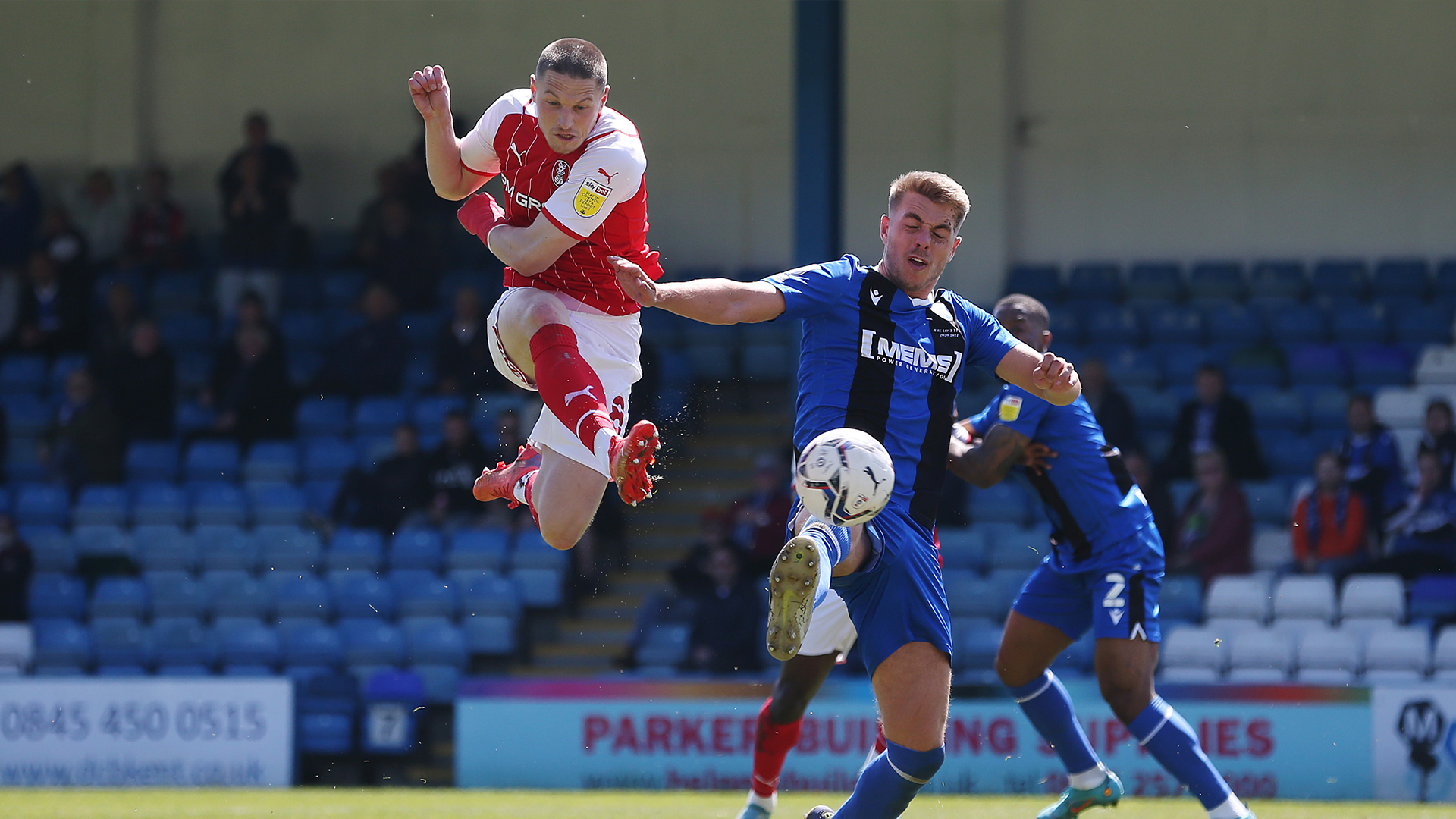