Millers edged out by Lions.

Rotherham United were given a harsh dose of Championship reality as Jed Wallace’s second half strike for Millwall was enough to settle a tight affair, in the Londoners favour.

Despite the Millers having the better of the first 45 minutes, Millwall landed the sucker punch in the early stages of the second period when Wallace capitalised on a Millers defensive error to net the winner before Gary Rowett’s well-drilled side showed good game management to take the sting out of the Millers’ efforts to get back on level terms.

Following their last-gasp victory over Wycombe Wanderers in the season opener, Millers boss Paul Warne made just two changes to his starting line-up for the visit of the Lions.

Summer recruit Angus MacDonald was handed his first competitive action in Millers colours, at the heart of the home rearguard, as Clark Robertson was ruled out with a calf injury while Michael Smith was rewarded for his impressive substitute cameo at Adams Park, by being asked to lead the Millers frontline with Freddie Ladapo.

Club skipper Richard Wood was named amongst the substitutes, following a spell on the sidelines, alongside new signing George Hirst, who put pen-to-paper on a season-long loan deal from Leicester City, this week.

Following a cautious opening to the AESSEAL New York Stadium affair, the game sprung to life when a clever piece of skill by Ladapo paved the way for Joe Mattock to deliver a hanging cross which was plucked out of the sky by Bartosz Bialkowski.

Minutes later, Lions skipper Alex Pearce had to be on his toes to divert Kieran Sadlier’s dangerous corner away from goal before Chiedozie Ogbene’s follow-up shot from the edge of the box was blocked.

Ryan Leonard had Millwall’s first shot in anger but his tame effort from distance was straight down the throat of Jamal Blackman before Wes Harding and Ogbene combined superbly down the right flank to present Ladapo – with a glimpse of goal, but last season’s top scorer could only slash his left-footed effort harmlessly wide of the target.

Last weekend’s hero, Michael Ihiekwe became the first to see yellow, when he hauled down Mason Bennett, just outside the home box, but Scott Malone failed to exact retribution from the resultant free-kick when he fired over.

The Millers were arguably producing the most eye-catching moments and Sadlier and Shaun MacDonald made the most of a two-on-one opportunity from a corner but the former could only drag a deflected effort wide before the former Doncaster winger got the ball under his spell, in the next phase of play, to drill a tantalising low cross which brought a smothered save from Bialkowski.

In the last noteworthy action of the half, Ogbene delivered a delicious centre which neither Ladapo nor Smith could turn goalwards before the on-rushing Sadlier could only smash an effort into the side netting, from a narrow angle.

Despite the Millers having the better of the first half proceedings, Millwall came out with greater purpose after the break and they made the decisive breakthrough on 50 minutes when an innocuous ball forward from Mason Bennett saw Ihiekwe make a hash of an attempted clearance, and Jed Wallace pounced on the mistake to race clear on the home goal and with the on-rushing Blackman committing too early to the one-on-one situation, the Lions winger easily evaded his attentions before keeping his nerve to slide the ball into the unguarded net.

The Millers were being the architects of their own downfall and when Shaun MacDonald headed straight across his own box, Wallace could have punished the home side again, but he dragged his shot wide when he should have done better.

Just past the hour mark, Malone was yellow-carded for a clip on Ogbene and the Millers almost made it count from the resultant free-kick when Ladapo almost got around the back before Ogbene clipped a delicate centre which was met by the head of Angus MacDonald, but his instinctive effort was straight at Bialkowski, in the visitors’ goal.

With 25 minutes to go, Warne made a double substitution, in an attempt to spark the Millers to life – with Hirst and Ben Wiles introduced and the move almost paid immediate dividends when Mattock – with his weaker right-foot, dribbled an effort which had Bialkowski scrambling across goal, as he managed to keep the ball out.

The Millers were turning up the heat and Ogbene put a ball in the box and Hirst showed his predatory instincts to fire goalwards but a retreating Lions defender put in a timely block to deny him.

In the latter stages of the game, the Millers threw caution to the wind and Mattock had a cross-cum-shot blocked before Smith agonisingly failed to get on the end of a dangerous cross from the right.

However, Millwall successfully ran down the clock to notch their first league goal and win of the campaign, as the Millers tasted defeat for the first time. 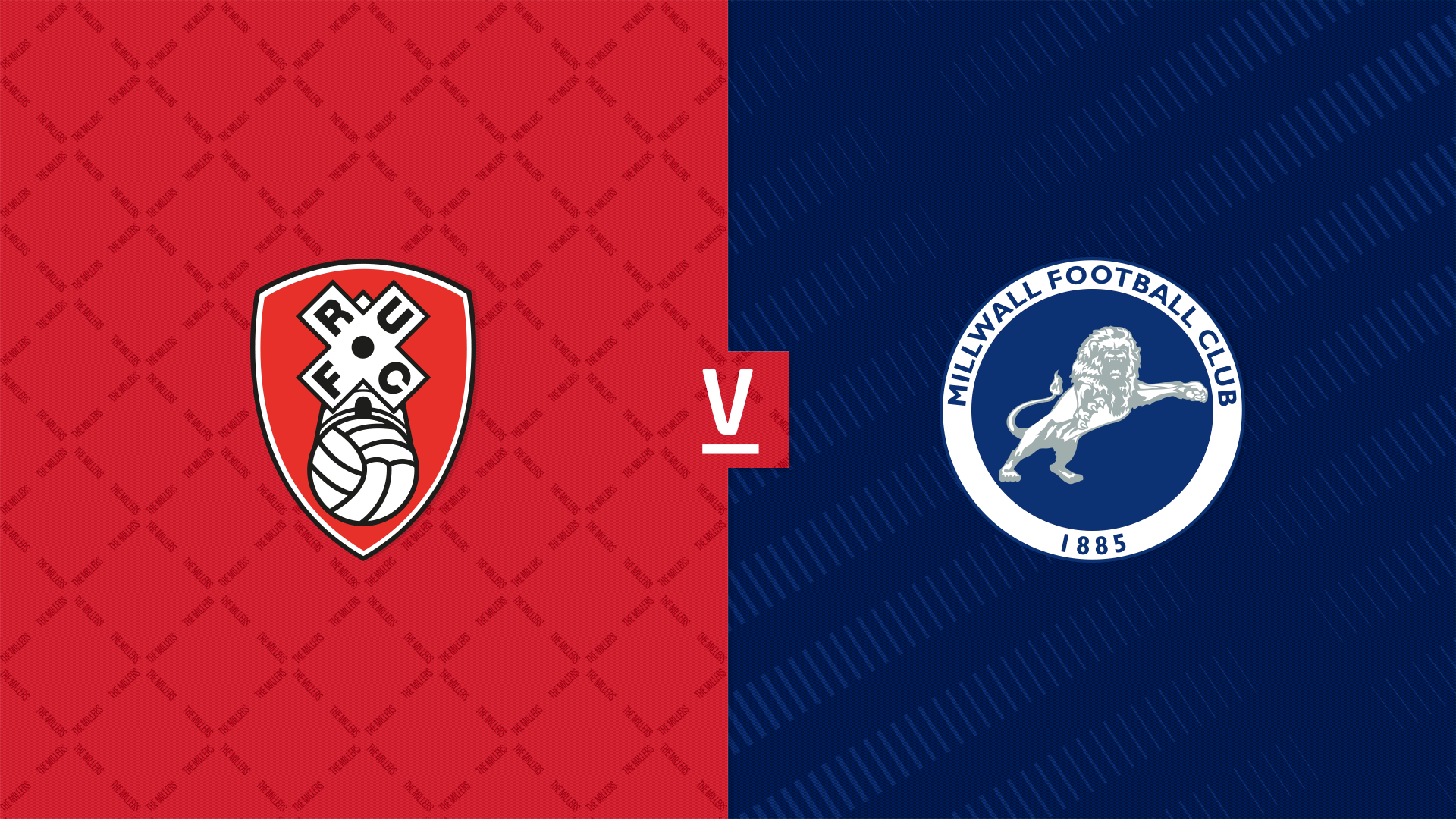 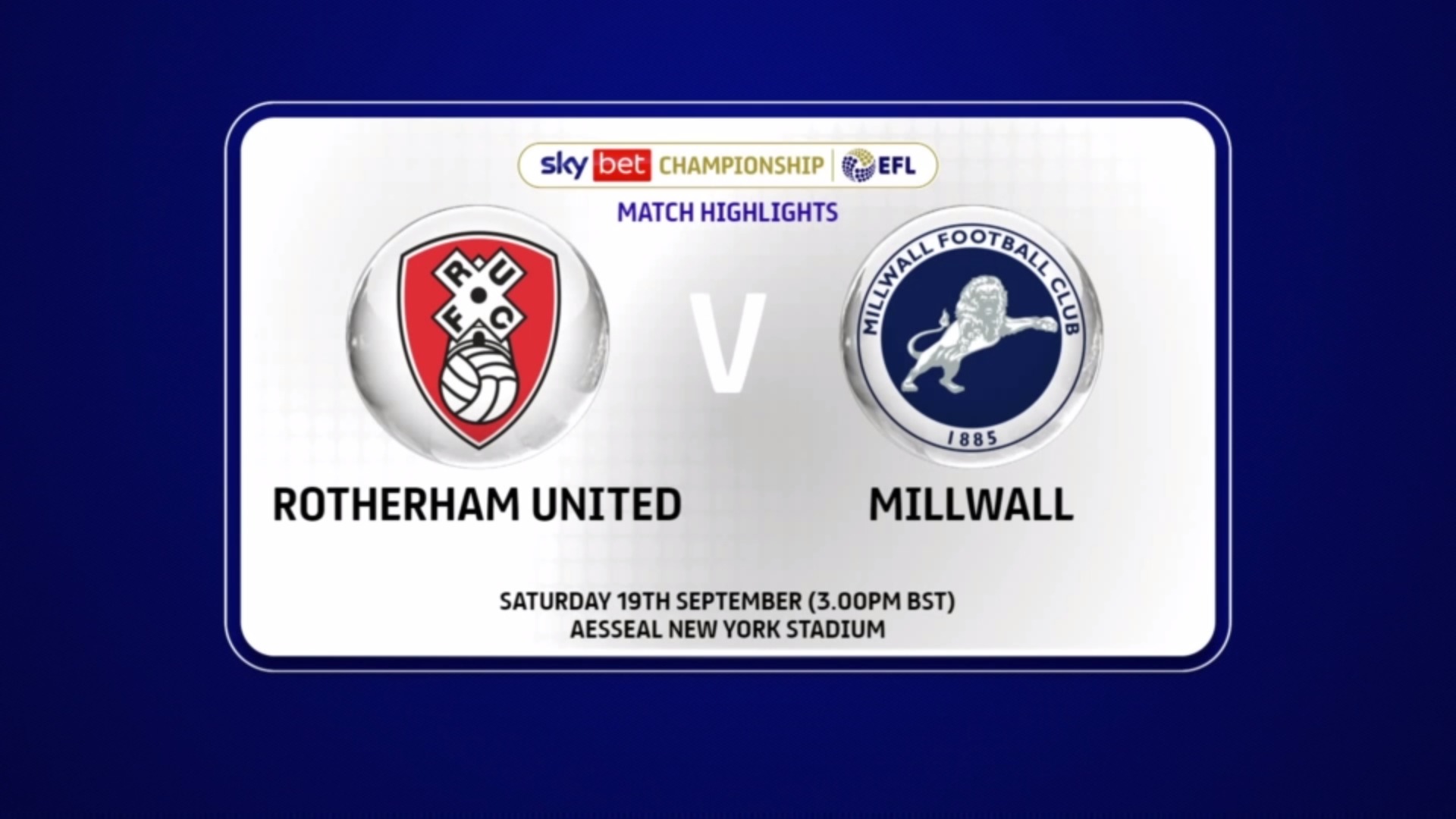 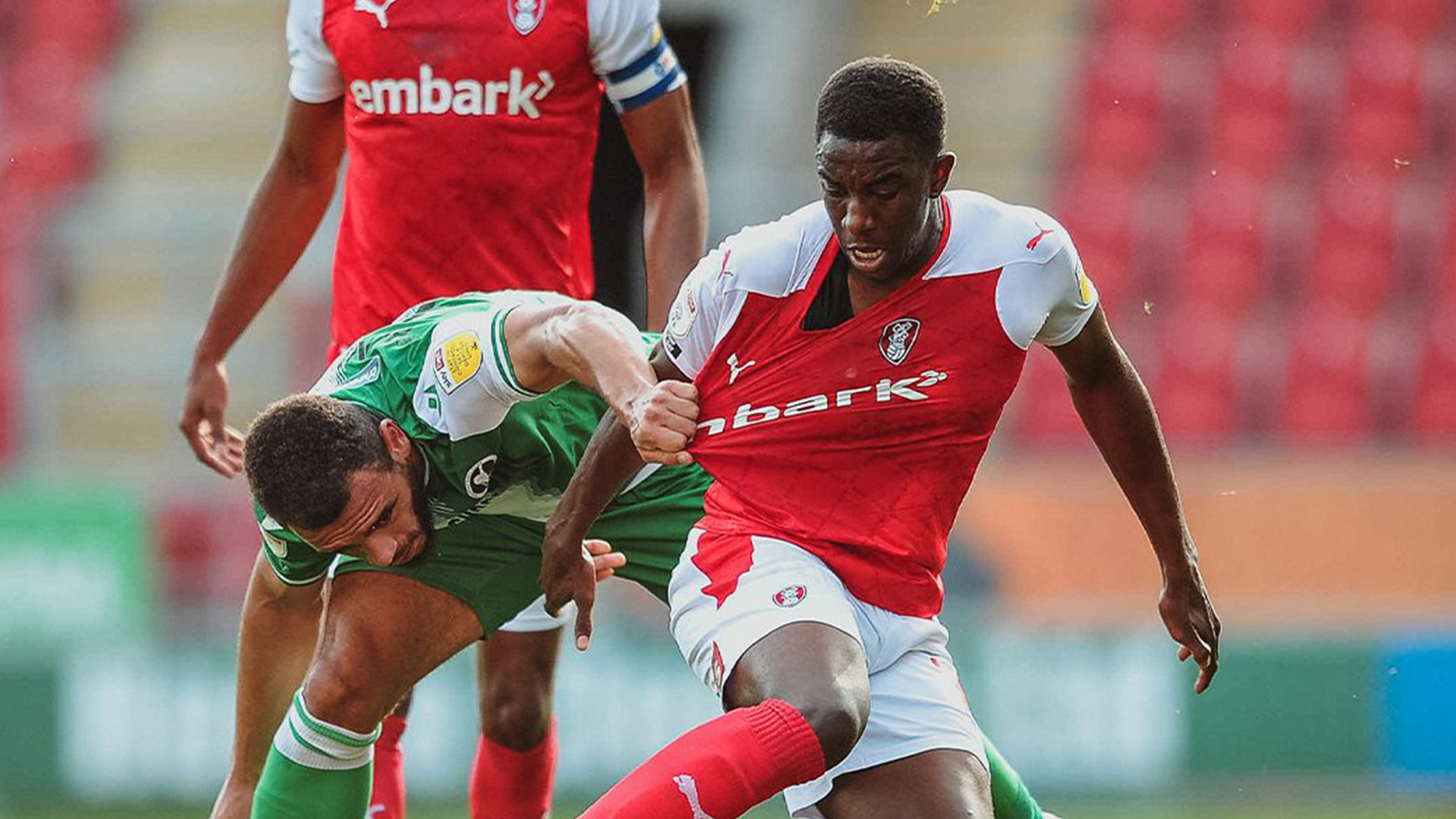