Rotherham United will be scratching their heads over how they were left empty-handed following a last-gasp defeat at the hands of former Premier League outfit Norwich City, despite a battling performance at the AESSEAL New York Stadium.

In a superb encounter, Freddie Ladapo gave the Millers an interval lead when he scored early, but he went from hero to zero when his first-half penalty was saved by Tim Krul.

The Millers looked on course to claim a significant scalp until skipper Michael Ihiekwe volleyed into his own net before Angus MacDonald saw red for a reckless challenge.

With the game heading for a draw, Rotherham hearts were broken when Jordan Hugill scored from the spot – with just seconds remaining, after sub Florian Jozefzoon was penalised on his home debut.

For the visit of the Canaries, Scottish defender Clark Robertson was asked to ply his trade in the left-back role as regular starter Joe Mattock was unavailable while playmaker Dan Barlaser made an eagerly-awaited return to Millers colours, since his permanent switch from Newcastle United, by taking his place in the heart of midfield.

Summer recruit Mickel Miller was given a chance to impress in one of the wide berths while Ladapo was leading the Rotherham line.

Despite the Canaries making a fast start when Xavi Quintilla headed into the grateful hands of Jamal Blackman, the Millers broke the deadlock on three minutes with their first attack of note.

There looked little danger for the visitors until Robertson headed the ball forward and the ball skipped off the AESSEAL New York Stadium surface into the path of Ladapo, who had got on the wrong side of his marker, and the ball sat up nicely for last year’s top marksman, who kept his composure to smash a well-struck effort from just inside the box, which flew past the attentions of Dutch stopper Krul.

The Millers were buoyed by the breakthrough and Ben Wiles showed fleet of foot to evade the attentions of Quintilla and the ball was eventually fed inside whereby Barlaser, almost crowned his return, with a goal but his low effort was deflected behind.

Despite Rotherham’s promising opening, Norwich almost got back on level terms when Lukas Rupp’s defence splitting pass gave Marco Stiepermann, a sight of goal, but the German’s left-footed effort was superbly parried to safety by Blackman.

The Chelsea loanee was called into action, once again, minutes later, when Stiepermann turned creator with a marauding run and pass and Adam Idah burst into the home box before firing goalwards, but Blackman was quick off his line to smother his effort with a fine block, at close quarters.

Daniel Farke’s men were turning up the heat and a fine-flowing move looked certain to end with an equaliser when Rupp presented Jordan Hugill with a glorious chance but the Canaries striker fluffed his lines when he blazed over despite having the goal at his mercy.

With Norwich intent on playing the ball out of the back, Rotherham were pressing high up the pitch and this front-foot approach almost paid dividends when Robertson had a shot blocked before Ladapo dragged an effort harmlessly wide of the target.

Rotherham were being given encouragement from the visitors and they were handed the perfect opportunity to double their advantage on 21 minutes when Miller delivered a free-kick into the box and with Norwich unable to clear the danger, Robertson latched onto the loose ball before tumbling under the challenge of Idah, and the referee had no hesitation in pointing to the spot.

From the resultant penalty, Ladapo strode up confidently but Krul won the battle of wills when he dived correctly to his left to keep the ball out with a fine save.

Rotherham shrugged off the setback, almost immediately, when a fine-flowing move saw Ladapo release Wiles, who took the shot on with his weaker left-foot, but Ben Gibson bravely blocked his goalbound effort.

In a see-saw encounter, Idah almost atoned for his earlier error, just before the half-hour mark, when he shrugged off the attentions of Shaun MacDonald before trying his luck from distance but Blackman was again his equal with an acrobatic save.

The Millers were causing plenty of problems for the visitors and good work by Wiles gave Wes Harding, the chance to skip to the by-line, before drilling a cross which found the head of Miller, just yards out, but the former Hamilton winger was unable to keep his effort down, as it fizzed narrowly over the Canaries bar.

It was thrill a minute action at the AESSEAL New York Stadium and Emi Buendia had a shot blocked before Stiepermann failed to hit the target from a promising position – with Aarons the architect on both occasions.

In the last noteworthy action of a pulsating half, Wiles got around the back to fire a cross which forced Krul to take evasive action, by diverting the ball away from goal with his legs.

The Canaries were quick of the blocks at the start of the second half when firstly Buendia struck goalwards but a number of Millers, including Barlaser, put their bodies on the line to block his effort en-route to goal before Idah fired over when he really should have done better.

However, Rotherham had a chance to claim a much-needed second when Barlaser’s pinpoint delivery caused havoc in the visitors’ box and Robertson’s flick towards goal looked inviting for Ladapo to tap home, but Krul smartly parried the ball out of his path.

The home side’s lead was a slender one but their tenacity was summed up when Shaun MacDonald threw himself in the way of Aarons’ shot before Robertson did the same, moments later, to deny Aarons again, in a carbon-copy move.

Norwich skipper Grant Hanley became the first to see yellow when he unceremoniously hauled down Barlaser on the edge of the box and the stylish home midfielder almost exacted retribution from the resultant free-kick, but Oliver Skipp diverted his low effort away from goal.

With the game in the balance, Rotherham had a scare when Quintilla’s free-kick saw Stiepermann get on the wrong side of the Rotherham rearguard, before finally beating the attentions of Blackman with a dribbled effort, but to the relief of the home side, the assistant referee then flagged for offside to curb any visiting celebrations.

However, Rotherham’s relief was only temporary as Norwich levelled matters with 22 minutes to go.

Just seconds after Jozefzoon was introduced into the fray by the Millers coaching staff, the Derby loanee was involved in a fruitless foot-race with Aarons and the England Under-21 international, who was a constant menace throughout, delivered a delicious centre and despite Blackman shouting for a claim, Ihiekwe, in an attempt to clear the danger, hooked the ball into the roof of his own net.

With the game all-square, the Millers’ chances of victory took a further blow, two minutes later, when Skipp and Angus MacDonald raced for a 50/50 challenge and the home centre-half went into the duel with two feet raised from the ground to leave Skipp prone on the floor – and with both sets of players pushing and shoving, in the aftermath and the Norwich coaching staff remonstrating from the sidelines, the referee brandished a red-card to the Millers man.

The home side reshuffled the pack with Richard Wood and Michael Smith introduced, and despite their numerical disadvantage, Rotherham came close to regaining the lead on two occasions.

Firstly, Smith latched onto a loose ball, just outside the box, before sliding a pass into the path of an unmarked Robertson, but the Scotsman dragged his effort wide, when he really should have hit the target.

Minutes later, Norwich failed to deal with a free-kick into the box and with two Canaries making a hash of an attempted clearance, Matt Crooks had the chance to strike, and he duly obliged by firing goalwards, but Krul, arguably fortuitously, kept the ball out with his legs.

In the dying minutes of the game, the Rotherham goal led a charmed life as Blackman denied both Hugill and then Teemu Pukki – with the Finnish striker being denied, just yards out.

From the resultant corner, sub Mario Vrancic had the chance to be the match winner, when he ghosted into the six-yard box almost unnoticed, but he bizarrely headed wide, despite having the goal at his mercy.

In a game that almost had everything, it was to be no surprise that there was a late winner, and Rotherham will be kicking themselves at how it came about, deep in stoppage time.

Following the breakdown of a Norwich corner, Jozefzoon looked set to hack clear, but he was caught on the blind side by Buendia, who got a timely foot to the ball, before having his heels clipped by the Millers winger, and the referee pointed to the spot for a second time.

With the three points up for grabs, Hugill showed great composure from 12 yards, to send Blackman the wrong way, and calmly stroke the ball into the opposite side of the goal. 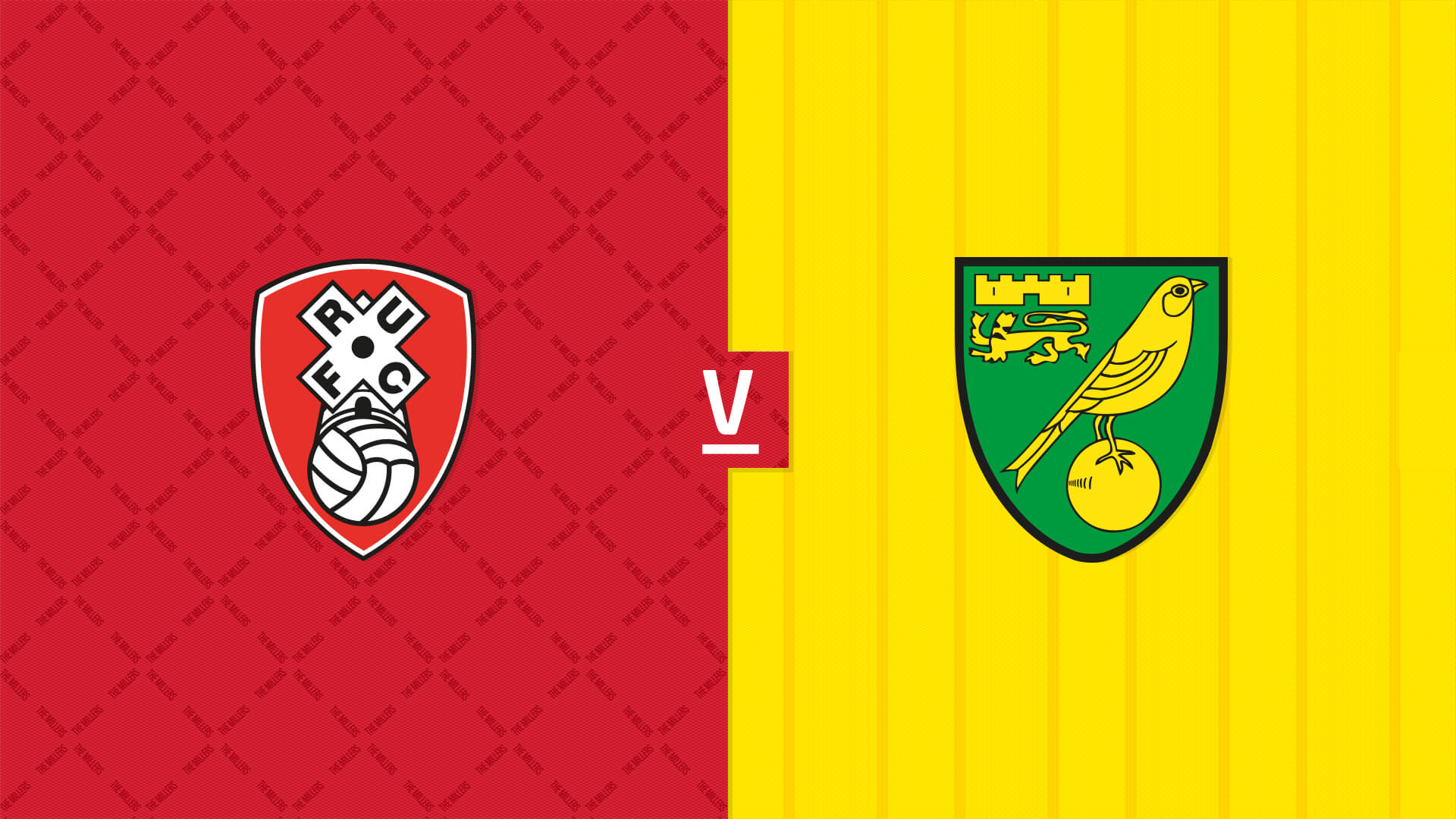 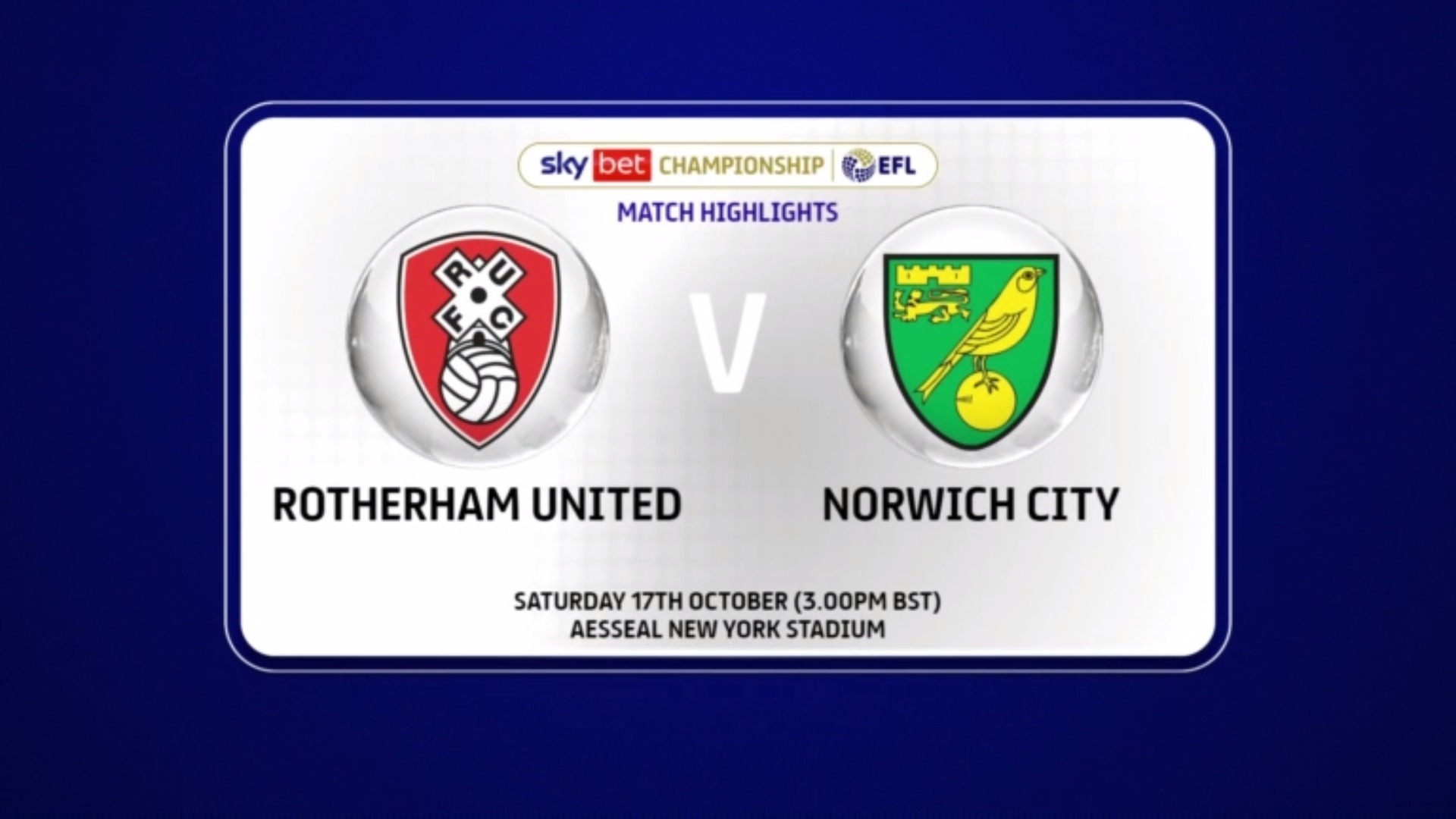 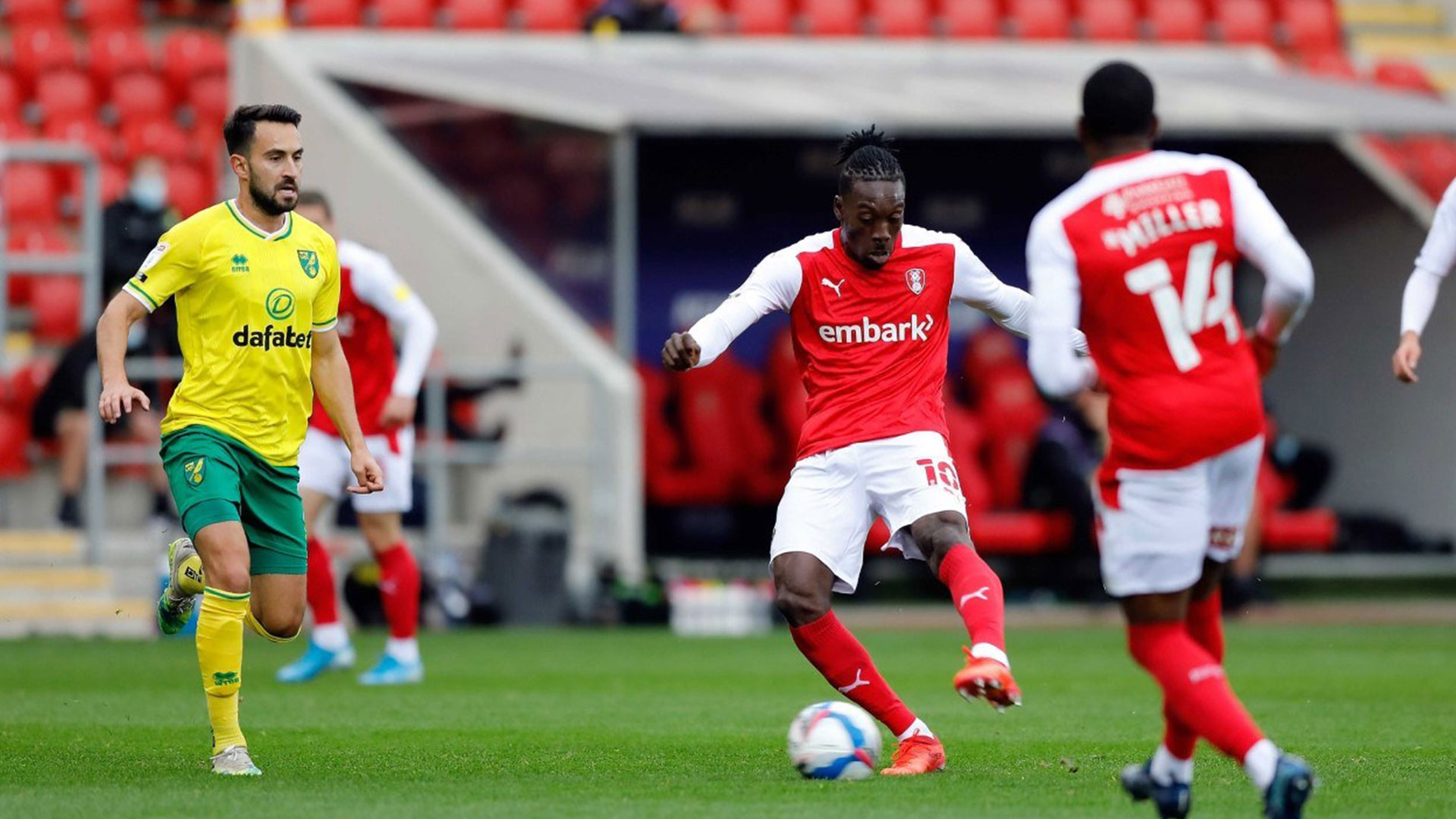