Rotherham United were denied their first home win of the season by a cruel twist of fate, in the dying seconds of their White Rose derby with Huddersfield Town, as an unfortunate home goal, cancelled out Ben Wiles’ superb first-half strike.

With chances at a premium at a wet AESSEAL New York Stadium, Wiles’ first goal of the season looked set to give Paul Warne’s side their second win in four Championship encounters, but Huddersfield were rewarded for their second-half pressure, deep in second-half stoppage time, when Pipa’s effort was diverted into his own net by Angus MacDonald.

Following their hard-fought draw with Birmingham City last time out, Millers chief Paul Warne made three changes to his starting line-up for the visit of the Terriers.

Regular left-back Joe Mattock was recalled to the Rotherham defence following injury while Kieran Sadlier was rewarded for his goalscoring cameo at St Andrew’s, by being handed a starting berth.

Last season’s top marksman, Freddie Ladapo was also given the chance to impress upfront alongside George Hirst while Dan Barlaser was named on the bench, just 24 hours after penning an eagerly-awaited return to the club, this time, on a permanent deal from Newcastle.

There were a couple of familiar faces in the visitors’ line-up as ex-Millers’ loanees Harry Toffolo and Josh Koroma were named in Carlos Corberan’s side – although former favourite Danny Ward was absent because of injury.

Toffolo was involved in the early action when he pounced on a loose ball to drill a low shot across the face of the Millers goal. Despite not troubling the target, his effort fell kindly for Isaac Mbenza, at the back post, who pulled the ball back into the path of Frazier Campbell. The experienced frontman looked certain to strike goalwards but Angus MacDonald produced a superb block to divert the ball to safety.

The visitors were having the better of the early proceedings and Toffolo and Juninho Bacuna combined to great effect down the left flank and Campbell had another sniff of goal but once again, Angus MacDonald was on his toes to deny him, before he could get his shot away.

The Millers were struggling to create anything of note, from an attacking sense, until the breakdown of a Terriers corner saw Ladapo shrug off the attentions of Pipa, to race into the visitors’ half, but he failed to make the most of a three-on-one opportunity with a wayward ball before Ben Hamer was called into action for the first time when he smartly gathered a Wiles’ centre.

In a game of few chances, Rotherham made the all-important breakthrough, just past the half-hour mark, thanks to a superb strike from Wiles.

There looked little danger for the West Yorkshiremen, when they cleared a Shaun MacDonald corner upfield but Wiles and Sadlier combined to work the opportunity and the Rawmarsh-born youngster weighed up his options before striking a low drive from distance and the ball skipped off the slick AESSEAL New York Stadium surface to beat the outstretched dive of Hamer before finding the bottom corner of the net.

The Millers were visibly lifted by the opening goal and Hirst launched a home counter-attack with a purposeful run and ball into the channel and Ladapo cleverly evaded the attentions of Toffolo to fire a rasping shot which whistled narrowly over the bar.

From the resultant corner, Warne’s side had faint appeals for a spot kick when Michael Ihiekwe’s downward header appeared to strike the arm of Naby Sarr – although any home protests were soon waved away by the referee.

The Terriers were quick out of the blocks at the start of the second half and the home side had their hearts in their mouths when Toffolo tumbled under Ihiekwe’s challenge in the box, but no further action was taken, before Carel Eiting fired a free-kick into the Millers wall, in the subsequent phase of play.

Just before the hour mark, the Millers had a double scare when firstly Eiting played a delicious ball over the top of a square Rotherham backline and Koroma, beat the offside trap, but he failed to get the aerial ball under his spell, and the chance was lost before Toffolo got around the back to play an inviting centre into the path of last season’s Millers loanee, but on the stretch, he could only scuff an effort wide, despite being unmarked and having the home goal at his mercy.

With the Terriers committing numbers forward, Warne’s side were relying on quick counter attacks and they squandered a number of opportunities to catch the visitors’ short-handed before Angus MacDonald showed his defensive instincts to snuff out Pipa, at the other end, just moments, after Toffolo had dangerously got to the by-line, but his cross evaded all visiting runners.

The visitors were upping the tempo and Koroma made something out of nothing to fire a low effort which shaved the home upright with Blackman rooted to the spot before Mattock saw yellow for a late clip on Mbenza.

With time running out for the visitors, the Millers were indebted to Blackman for preserving their slender lead with a fine, reflex save from Pipa’s piledriver from a tight angle before Huddersfield’s frustration boiled over when Richard Stearman was cautioned for chopping down sub Kyle Vassell.

Deep in stoppage time, sub Adama Diakhaby looked to have squandered the Terriers last chance of note but there was further drama to come when Huddersfield switched the play, effectively, after Rotherham wasted possession and Pipa tried his luck with one last effort and Angus MacDonald, in an attempt, to clear the danger, diverted the ball into his own net, to the anguish of all those with a Rotherham persuasion. 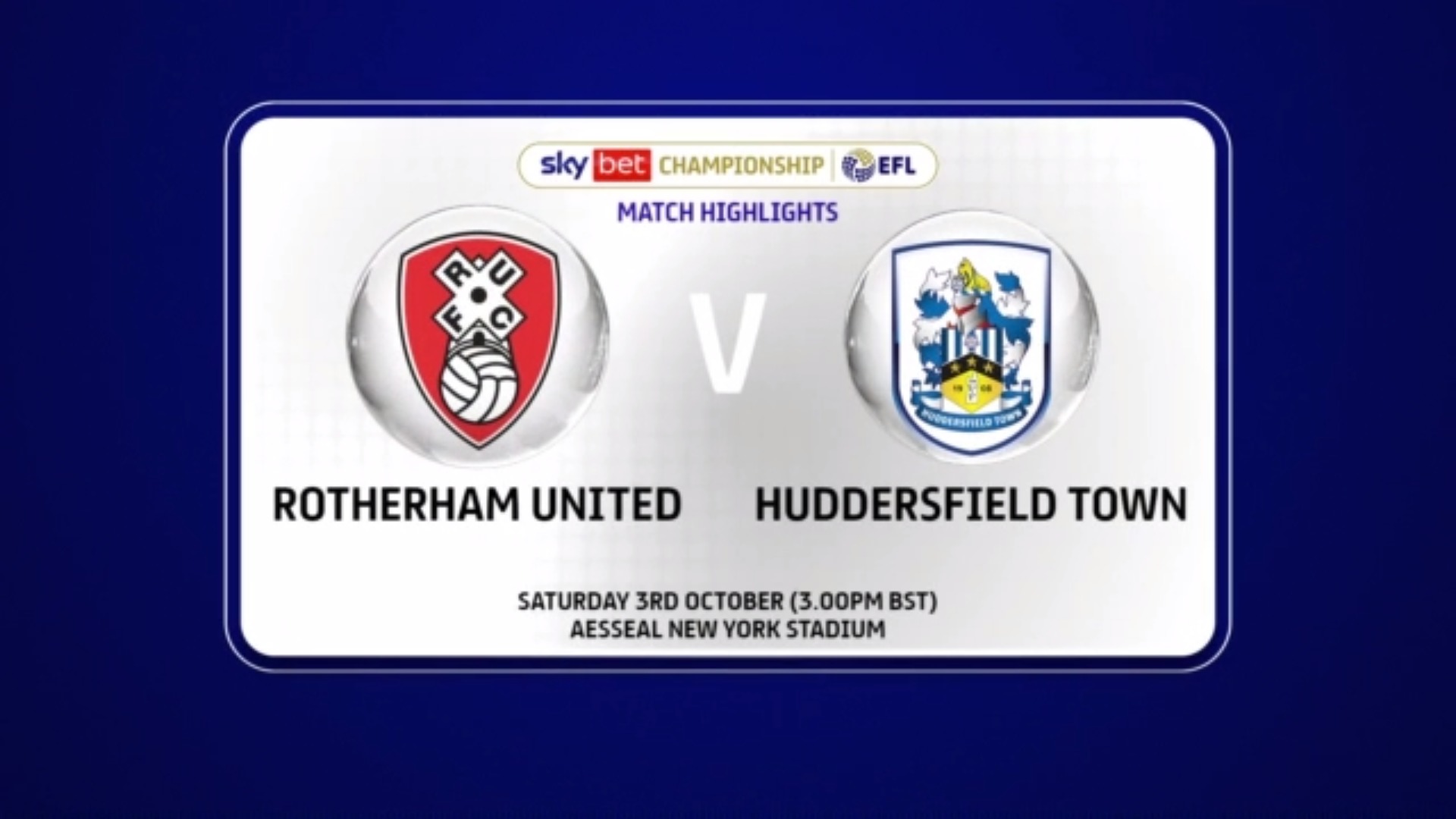 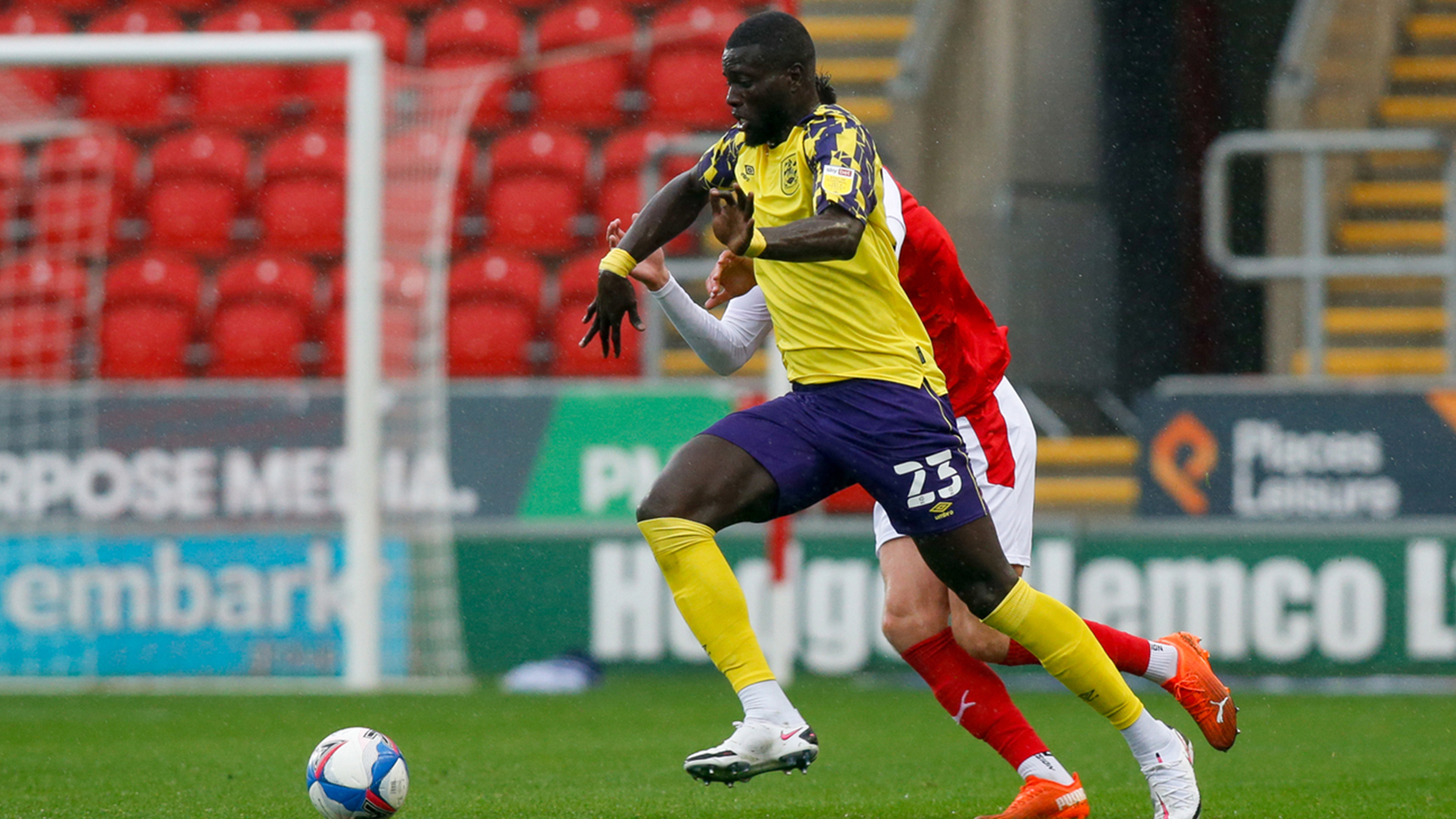