Rotherham United will take great credit for more than matching table-topping Reading, for large periods of the Madejski Stadium affair, but Yakou Meite’s double and Lucas Joao’s late penalty meant that they made the long trek back to South Yorkshire empty-handed.

Veljko Paunovic’s side made it six wins out of seven to consolidate their standing at the top of the Sky Bet Championship table, but Warne’s side generally acquitted themselves well, in Berkshire, by dominating possession, but they failed to make it count, as Reading inflicted Rotherham’s first away reversal, this term – with the final score line flattering the hosts in the end.

Following their battling draw with Nottingham Forest in midweek, Millers boss Paul Warne, who was back marshalling touchline affairs, made four changes to his starting line-up.

Regular left-back Joe Mattock made a welcome return to the side following his period of self-isolation while Shaun MacDonald was recalled to the Millers midfield after being rested at the City Ground.

Dutch winger Florian Jozefzoon made his first start in Rotherham colours while Michael Smith was asked to spearhead the Millers attack with Matt Crooks and Freddie Ladapo named among the visiting substitutes.

The Millers began the game in confident mood and they had the first chance of note when Wes Harding looked to be heading into a cul-de-sac, but despite being surrounded by Royals defenders, the former Birmingham defender managed to escape the attentions of Ovie Ejaria to burst into the home box, but Liam Moore was well-stationed to divert his centre behind goal.

Home ‘keeper Rafael was quickly off his line to pluck Harding’s hanging cross out of the sky before the Brazilian stopper was called into action again, minutes later, when he punched Mattock’s dangerous cross to safety – with Jamie Lindsay lurking, just yards out, for a tap in.

The Millers were largely dictating the tempo of the game with Barlaser at the heart of affairs and Mattock was the grateful recipient of one of his trademark arrowed passes to advance with menace and after exchanging passes with Smith, the Rotherham full-back tried his luck with his weaker right-foot, from the edge of the box, but Moore blocked his effort en-route to goal.

Warne’s side were being rarely threatened by the high-flying hosts and another fine-flowing passing move from the visitors, which was a feature of the opening half-hour, ended with Harding swinging a dangerous centre into the danger area and Smith was involved in an aerial duel with Moore, who prevented the Millers frontman from directing his header goalwards.

Minutes later, Barlaser again showed his class with a defence splitting pass which paved the way for Lindsay to race away from his marker and the Scottish midfielder planted a ball into the corridor of uncertainty and Rafael, in attempting to clear, parried his effort into the legs of Smith with the ball ricocheting away from goal – to the relief of the home side.

Despite the Millers commanding over two-thirds of first-half possession – without regularly testing the home goal, Warne’s side unluckily found themselves behind at the interval – with Reading breaking the deadlock with their first shot in anger.

There looked little danger for the Millers until Ejaria got the better of a tussle with Harding, to float a tantalising ball to the far post where Meite was in acres of space, and the Ivorian got the ball under his spell before keeping his nerve to drill a low left-footed effort which went through the legs of Blackman, to find the heart of the visitors’ goal.

Despite the disappointing setback, prior to the break, Rotherham started the second period in good heart and a number of Millers’ players were appealing for a spot kick when the ball seemed to strike the arm of Josh Laurent in the box, but their protests were waved away by the referee before Richard Wood played a lovely diagonal ball into the path of Florian Jozefzoon, who ghosted into the Royals box, but the pressure was released on the hosts when his wayward pass failed to find the on-rushing Lindsay.

In the face of incessant rain sweeping across the Madejski Stadium, the pattern of the second half was very similar to the first – with Rotherham dominating possession, but with a lack of cutting edge in the final third, and Warne introduced George Hirst into the fray, in an attempt to spark the Millers to life.

The move almost brought immediate rewards when Harding’s swinging cross from the right flank was headed by Moore into the path of Hirst, who took aim with his left-foot, but with Rafael rooted to the spot, Moore atoned for his weak header by hacking Hirst’s dribbled effort from his own line before Wiles blazed over, from a promising position, just minutes later.

The Millers were looking a more potent threat in the attacking areas of the pitch and Smith’s lay-off from Mattock’s cross presented Harding with the chance to strike, but his rising effort from distance cleared the Royals crossbar.

The move was Harding’s last involvement of the game with Ladapo brought on, as Warne reverted to three up top, in a bid to find a leveller, and Smith became the latest to threaten the home goal with a low drive which was bravely blocked by Moore on the edge of the box before sub Matt Olosunde’s cross was cut out.

The Millers were upping the tempo and Ladapo made something out of nothing to evade the attentions of Moore and Laurent to strike a fierce effort which brought a fine save from Rafael before Wood headed wide from Barlaser’s resultant corner.

Despite Rotherham’s best efforts, Reading had their best spell of the match when Andy Rinomhota nodded harmlessly wide from Omar Richards’ run and cross before Mattock stuck out a timely leg to deny Meite from a quick home counter attack.

However, Reading effectively sealed the deal with 11 minutes to go, from the resultant corner. No Rotherham defender took charge of the situation as the ball was played into the box, and Meite took advantage, by acrobatically firing home, with a fine left-footed effort which gave Blackman, no chance in the visitors’ goal.

With the game now lost, Meite went in search of the hat-trick and he almost got it, as he got the better of Michael Ihiekwe near the touchline, to race towards the Rotherham goal, but from an acute angle, he scuffed his effort wide – with Blackman making sure the ball did not find the bottom corner.

In the dying minutes of the game, Smith headed over from Barlaser’s corner before Wood became the first to see yellow for hauling down Meite.

Reading came within a coat of paint of a third goal when Blackman superbly tipped Richards’ speculative effort onto his own crossbar, despite backtracking towards his own goal.

In the Millers last chance of note, Ihiekwe headed wide from Wiles’ delivery before Reading added gloss to the scoreline with another goal, in stoppage time, when Joao got the better of Wood, before being felled by Ihiekwe in the box, and the referee pointed to the spot, before brandishing a yellow card to the Millers man.

The former Owls striker dusted himself down and exacted retribution from the resultant penalty, as he buried his effort into the bottom corner of the goal, despite Blackman diving the right way. 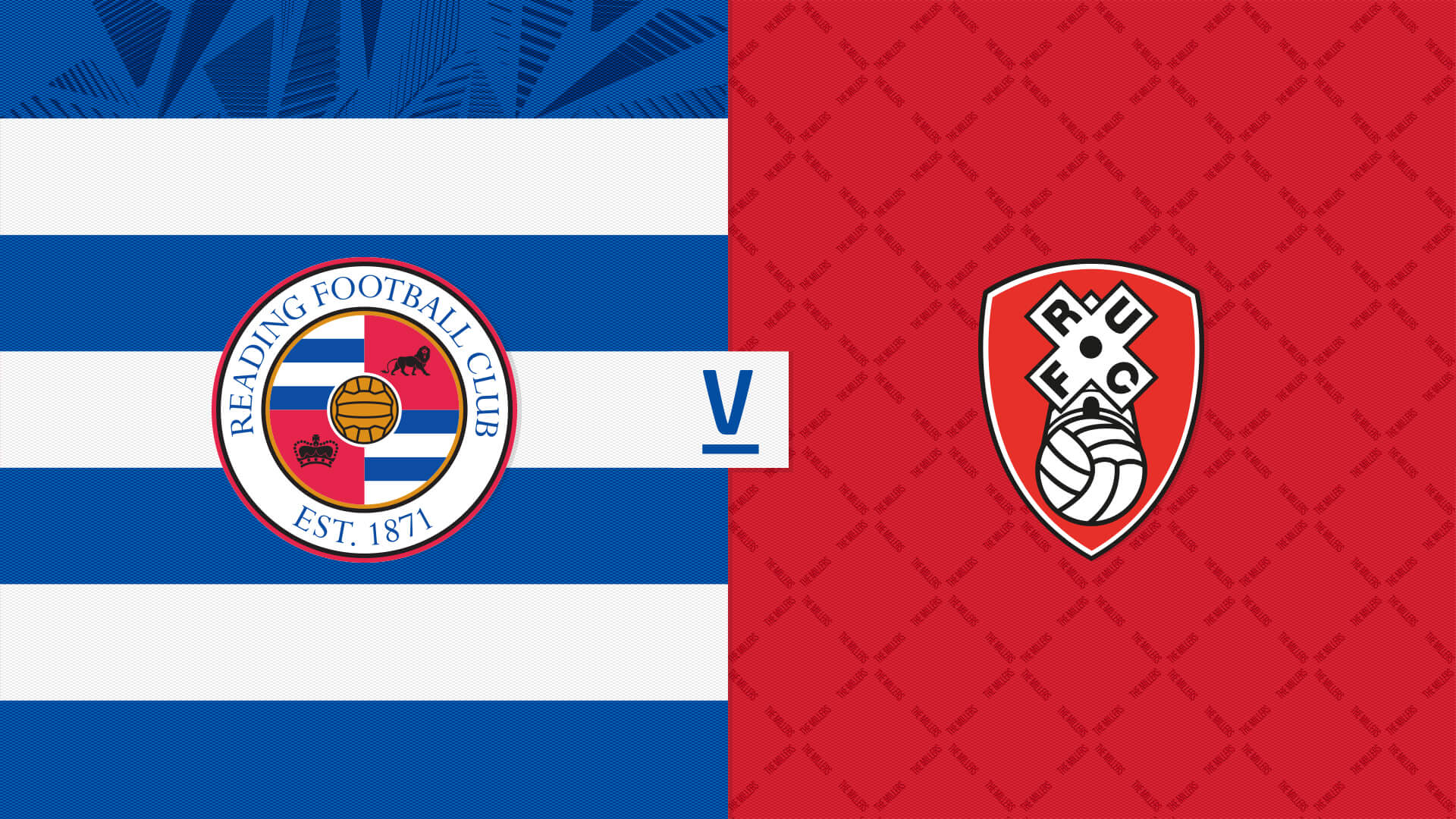 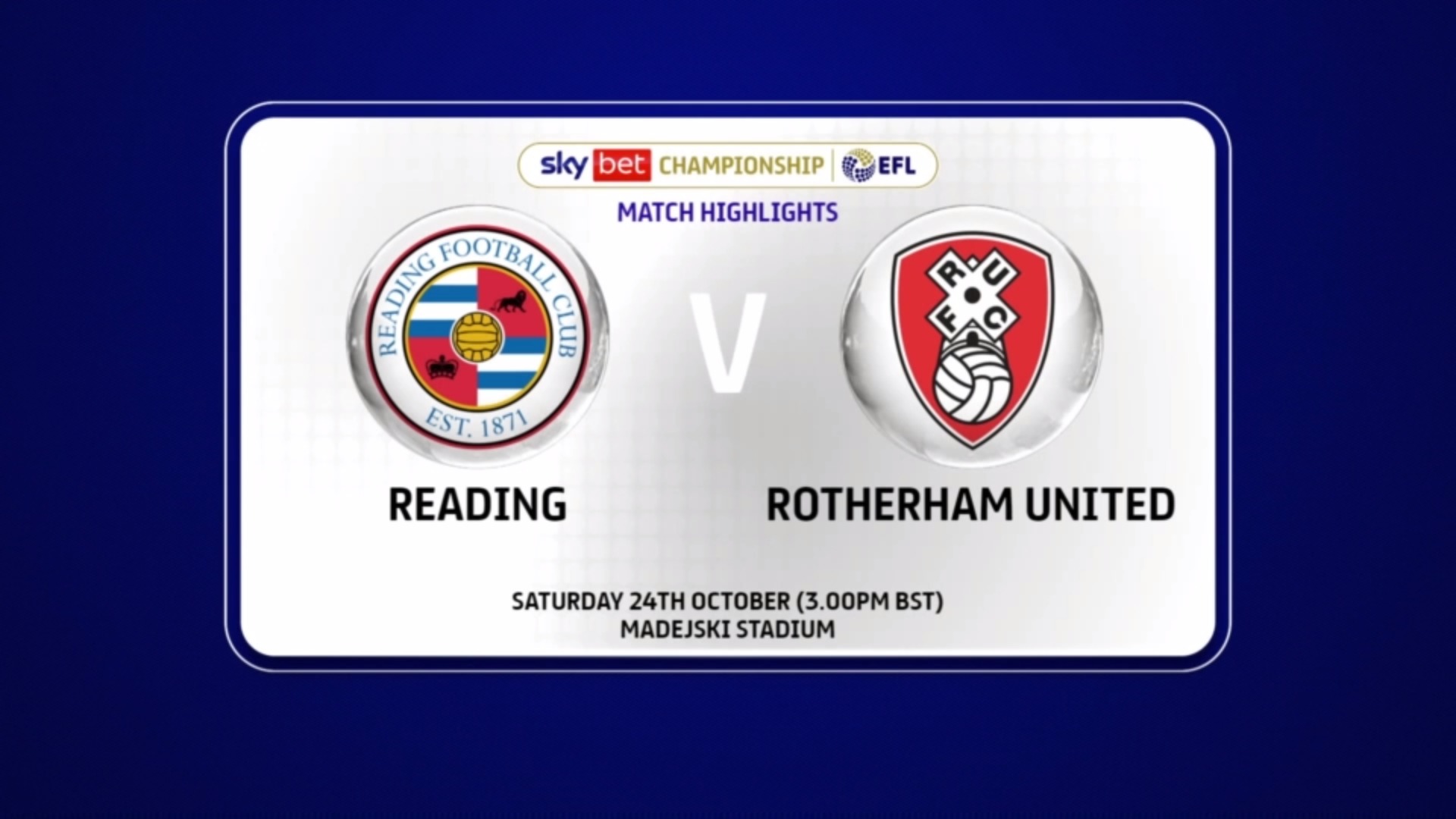 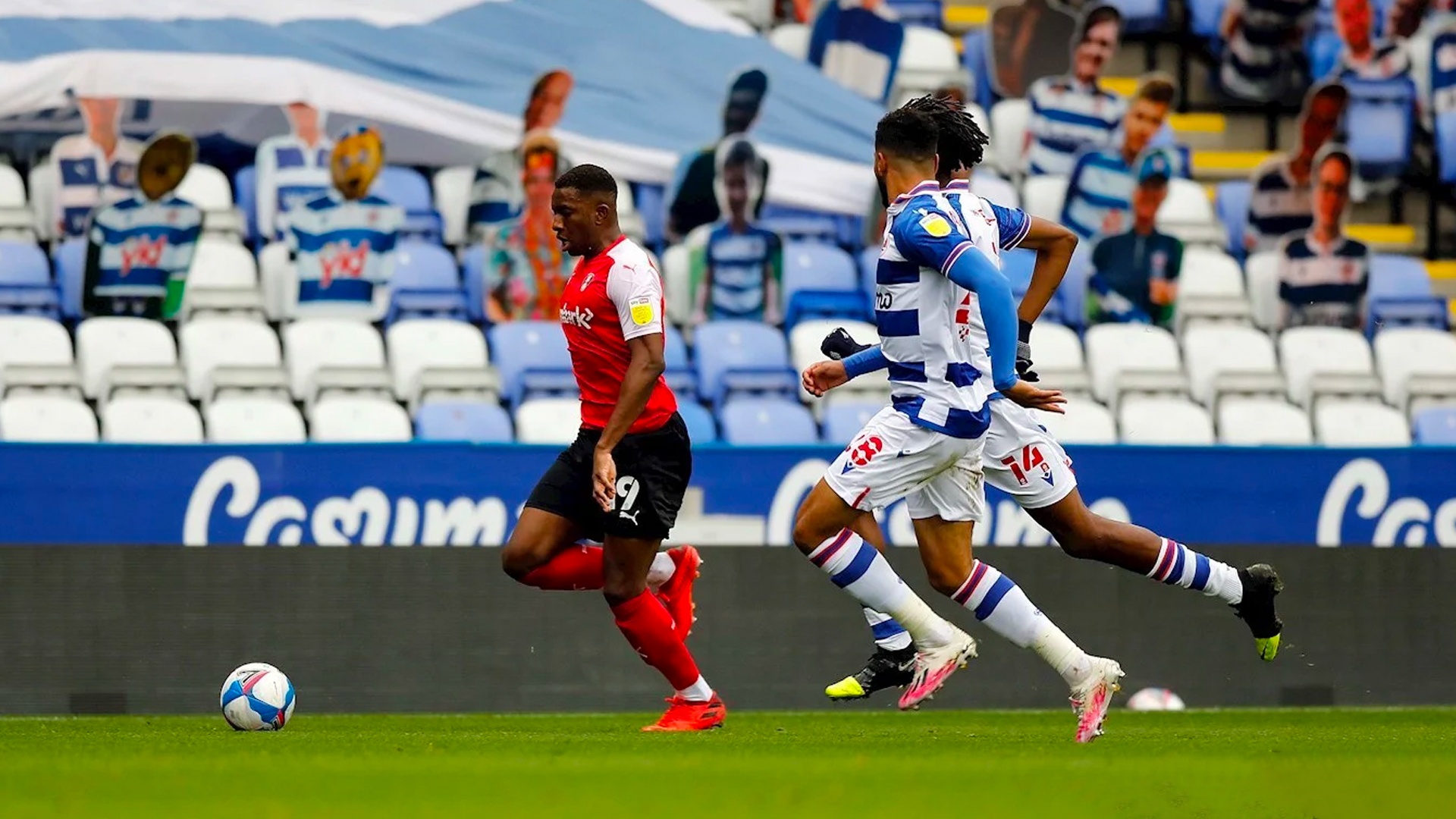