A makeshift Rotherham United side go into the November international break in good heart after sub Matt Crooks’ late winner earned them a superb Roses victory over Preston North End.

With the mist descending over the AESSEAL New York Stadium, Crooks popped up with the all-important match winner with just four minutes to go after Ryan Ledson had cancelled out Richard Wood’s opening goal.

Following their disappointing midweek defeat at the hands of Luton Town, Millers chief Paul Warne rang the changes for the visit of the Lancastrians.

There was an enforced change between the sticks with Chelsea loanee Jamal Blackman ruled out, due to an ankle injury, so Swedish ‘keeper Viktor Johansson was granted his first Rotherham appearance following his summer move from Leicester City.

American full-back Matt Olosunde was also making his first start, this season – with Joe Mattock missing, after he sustained a hamstring injury against the Hatters while Wes Harding moved over to the left-back slot. In the middle, Wood regained the skipper’s armband, as Angus MacDonald had to settle for a substitutes berth.

Ben Wiles was asked to ply his trade on the left-hand side of midfield while Kieran Sadlier was asked to provide the ammunition from the opposite flank.

Last year’s top marksman Freddie Ladapo – with Kyle Vassell, again with his first start, in support - was spearheading the Rotherham attack while there were several familiar faces in the visitors’ ranks with ex-Miller Darnell Fisher named in the starting line-up and former favourites Mike Pollitt and Steve Thompson among the Lilywhites’ coaching staff.

Despite the six changes to their side, the Millers settled well into the Roses clash and Sadlier had a shot blocked en-route to goal before Jamie Lindsay screwed an effort harmlessly wide of the Preston goal, following Ladapo’s knockdown.

Fisher was fortunate to escape sanction for a clumsy foul on Harding and from the resultant free-kick, Sadlier delivered a tantalising centre into the box and with Fisher making a hash of an attempted headed clearance, Wood flicked the ball into the danger area before Vassell, unsuccessfully, tried to poke the ball goalwards.

Minutes later, Sadlier planted another corner into the mix and the ball skimmed off the head of Fisher into the path of Michael Ihiekwe, but the Rotherham centre-half was unable to threaten the visitors’ goal.

In Preston’s first attack of note, Ryan Ledson played an inviting free-kick into the Rotherham box whereby Paul Huntington nodded narrowly wide of the target although any goal would have been chalked off by the assistant referee’s flag.

The Millers were looking the most likely and Vassell latched onto a long punt forward by Johansson before darting into the box but Huntington put in a timely block before Sadlier was the next denied with a last-ditch tackle by a retreating Preston defender, which left the Irish winger needing lengthy treatment.

The incident proved to be the former Doncaster player’s last involvement of the game, as he was replaced by Florian Jozefzoon.

Minutes later, Preston had the best chance of the half when Rotherham failed to clear the danger and a ball forward from Emil Riis Jakobsen put Daniel Johnson in the clear, but despite looking a likely scorer, Johansson won the battle of wills in the one-on-one situation to block his low effort with his legs before Brad Potts was denied on the follow-up.

Both sides traded chances when Jakobsen thrashed at thin air, as he looked to strike goalwards following Johnson’s cross before Ladapo got on the end of Dan Barlaser’s sweet ball forward, at the other end, but despite cutting inside with menace, he could only drag a low shot wide of the target.

The Millers were presented with a good opportunity when Wood was wrestled to the floor by a combination of Fisher and Huntington on the edge of the box and Vassell almost exacted retribution from the following free-kick when he struck a fierce effort – with his weaker right-foot, but Declan Rudd superbly parried his pile driver to safety.

In the last noteworthy action of the half, Johnson became the first to see yellow for illegally bringing Olosunde’s barnstorming run to a halt before Rotherham’s attack came to nothing.

Following a slow start to the half by both teams, Rotherham missed a gilt-edged chance to break the deadlock when Wiles made something out of nothing to get the better of Alan Browne before playing an inch-perfect ball into the run of Ladapo, who looked a certain scorer, but the Millers frontman went with his wrong foot, and he tapped wide with the goal at his mercy.

However, Rotherham did not dwell on the miss and they opened the scoring with their next attack.

Joe Rafferty was penalised for hauling down Jozefzoon and Barlaser floated the free-kick to the far post where Ihiekwe had ghosted away from his marker and he nodded the ball back into the path of Wood, who kept his nerve to volley home with his trusted left-foot and find the heart of the Preston goal.

Around the hour mark, Alex Neil made a double substitution in an effort to spark his side to life but it failed to have the desired effect as Rudd made a hash of a clearance which was charged down by Ladapo but the Preston ‘keeper redeemed himself, by clearing the danger at the second attempt.

The Millers were looking fairly comfortable but they had a let-off when sub Tom Barkhuizen timed his run to perfection to latch onto a ball which bisected the Rotherham rearguard but Johansson showed great bravery to dive at the feet of Preston forward and deny him – with those of a Preston persuasion vainly appealing for a spot-kick.

With the game in the balance, Rotherham came close to making it two when Wiles and sub Matt Crooks exchanged passes to great effect and the Rawmarsh-born youngster got the ball under his spell, before curling a fine effort which looked to be arching towards the far corner of the goal – with Rudd diving through the air, but Huntington bravely got a head on it to snuff out the danger.

Minutes later, Huntington again showed superb defensive instincts to prevent Crooks turning home Lindsay’s dangerous centre before Wood had to be on his toes to cut out Johnson’s cross-cum-shot, at the other end.

However, Preston got themselves back on level terms – from the resultant corner – when sub Paul Gallagher delivered a corner into the box and a headed Rotherham clearance fell invitingly for Ledson, who got the ball from underneath his feet, before striking a low effort from the edge of the box, which beat the outstretched hand of Johansson to find the far corner of the net.

The game was now turned on its head and Johansson miscued a clearance which almost gifted Barkhuizen the chance to roll the ball into the unguarded net but the home ‘keeper found himself fortunate before Ihiekwe was cautioned for a hefty challenge on Barkhuizen, moments later.

However, Rotherham weathered the Preston storm and they notched the all-important breakthrough with four minutes to go when Jozefzoon injected pass into a Millers move with a trademark darting run which split open the visitors’ defence, before playing a perfectly-weighted pass into the path of Crooks, who kept his nerve when faced with an advancing Rudd, to calmly dink the ball into the bottom corner of the net.

Rotherham’s joy almost proved to be short-lived when firstly Johansson had a rush of blood as he raced from goal to cut out a cross from the flank and sub Jayden Stockley headed an effort against the foot of the post before Ledson stroked the ball wide when he should have done better.

Home nerves were on the edge as seven minutes of stoppage time was announced and Jozefzoon had a chance to kill the game when he took Crooks’ pass in his stride to burst into the box but Rudd kept out his effort.

However, it mattered little, as Rotherham ran down the clock to earn their second home win of the campaign, and their third in total, ahead of their next game in a fortnight’s time. 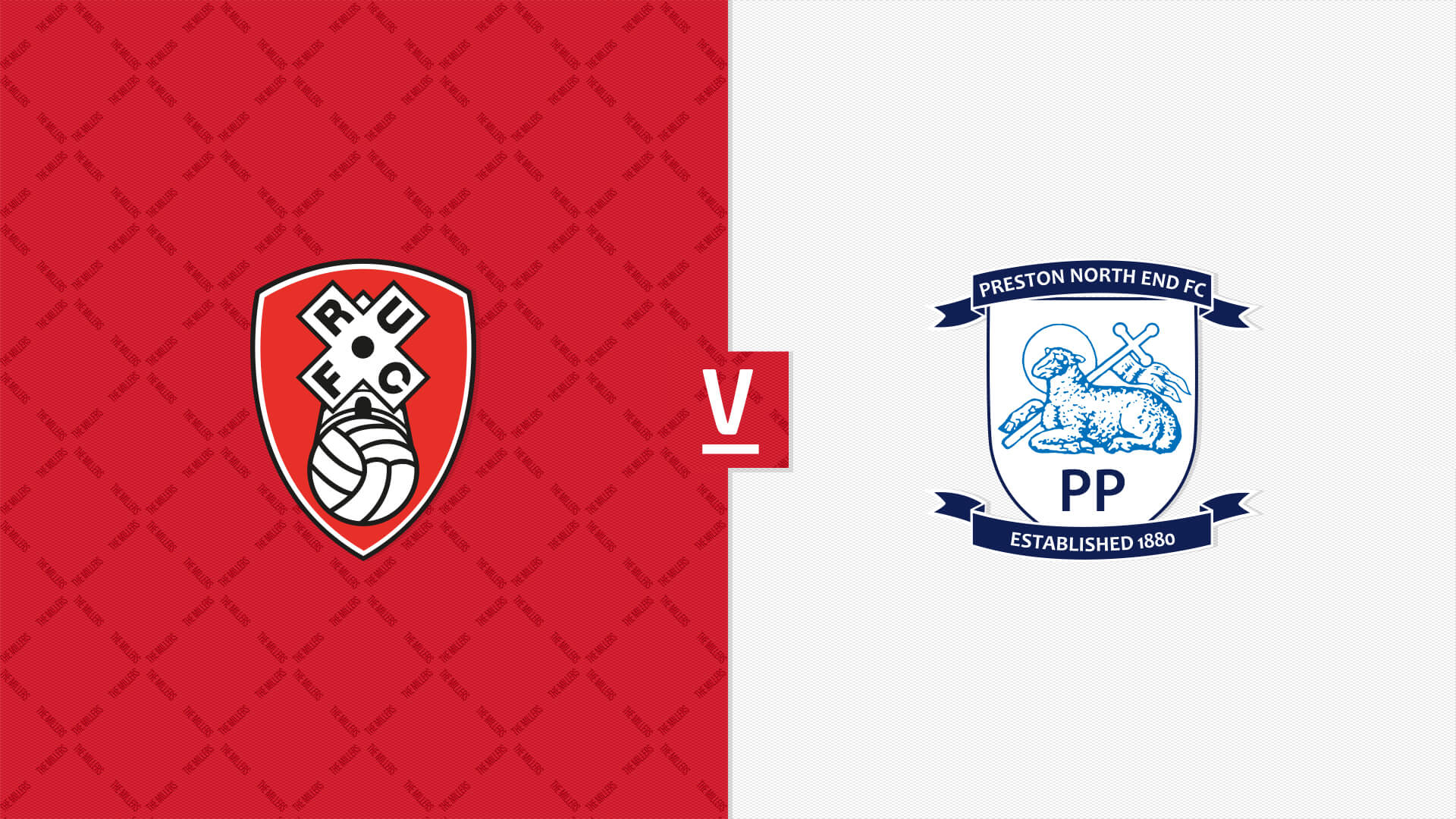 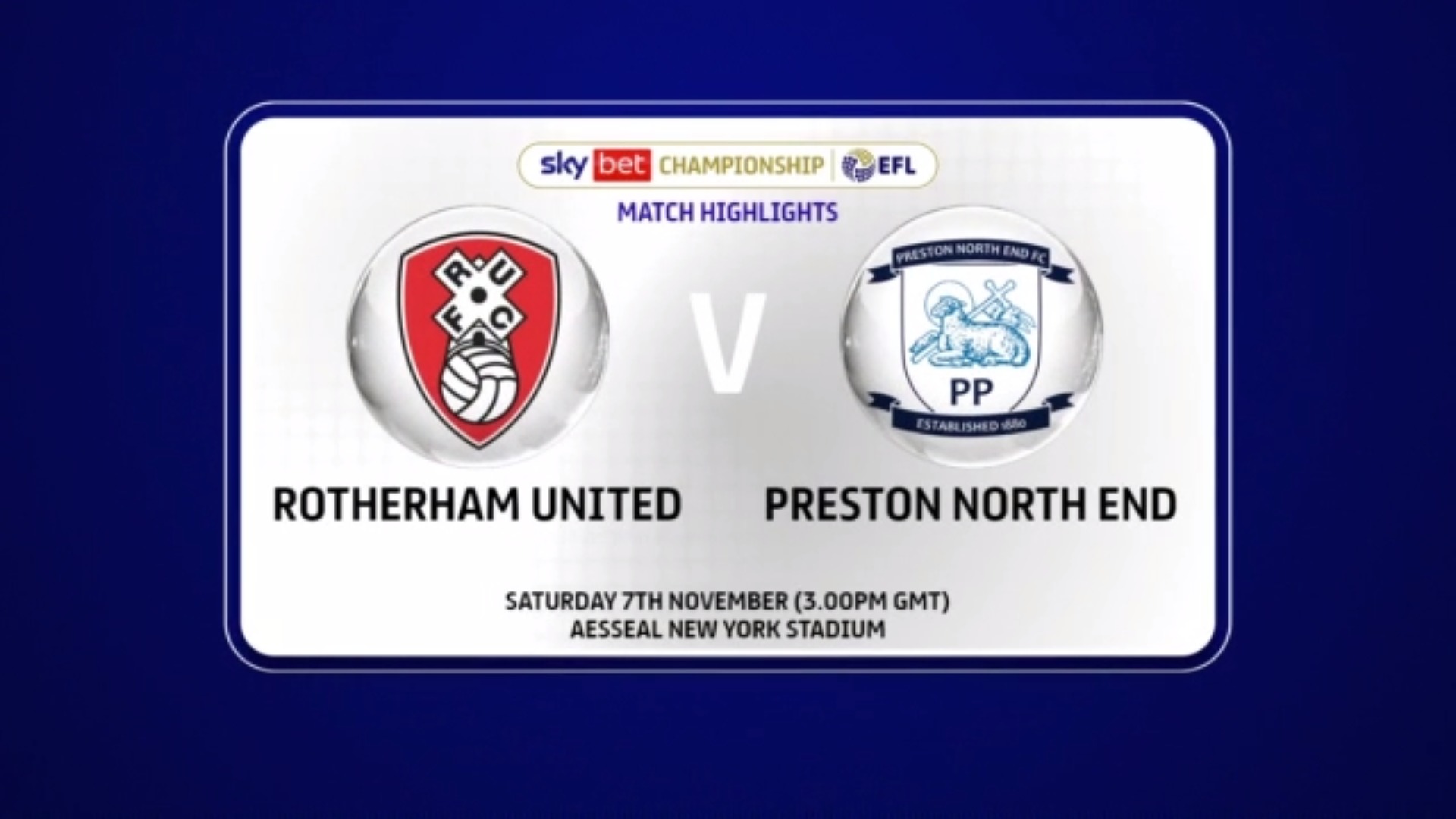 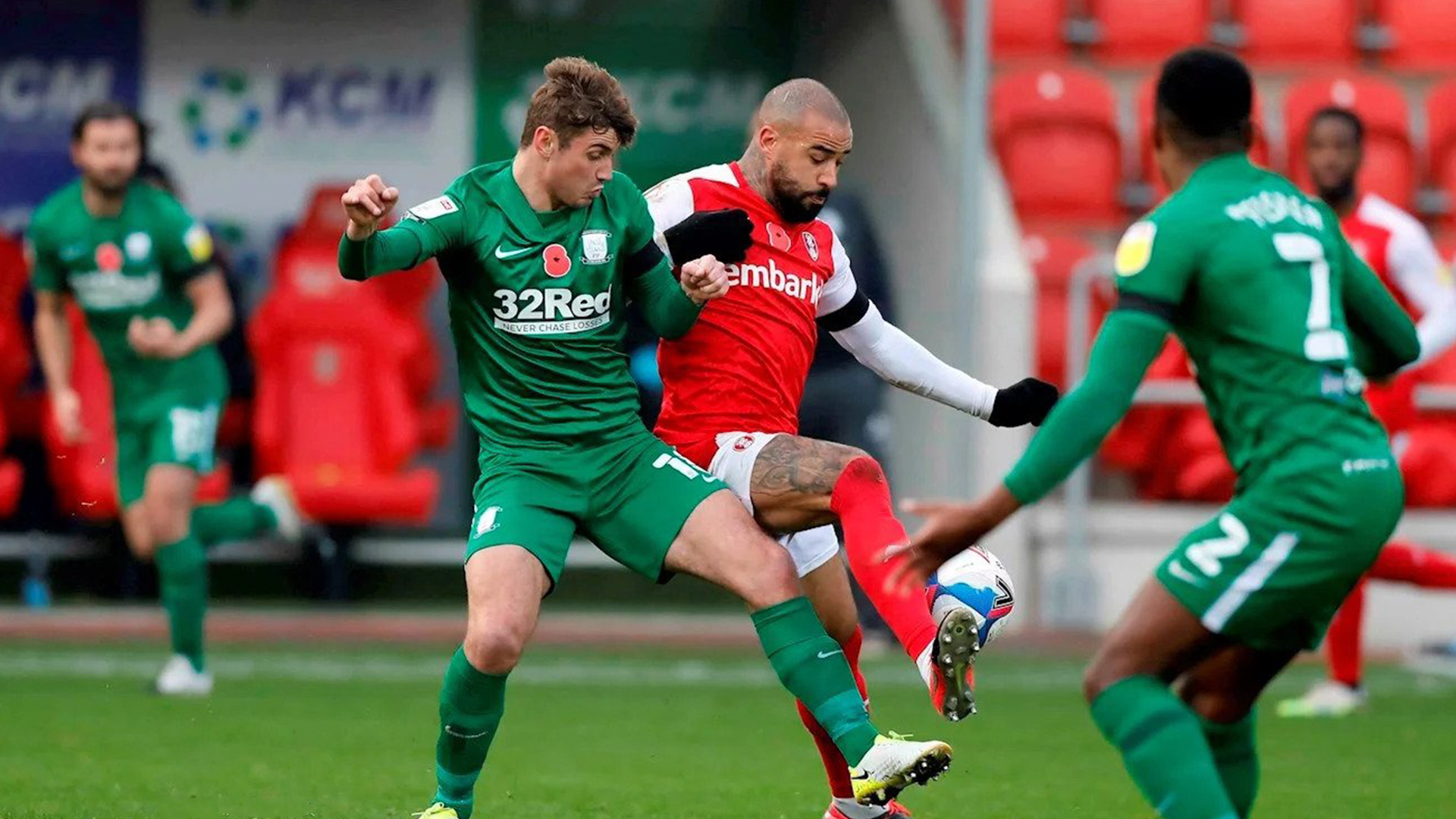