Following a fine first-half display, the Millers will have been frustrated to go into the break on level terms and Luton, who were a transformed outfit after the interval, took the points back down the M1 when Collins volleyed home from Luke Berry’s free-kick with twenty minutes remaining.

Following their solitary goal defeat at the hands of Stoke City at the weekend, Millers boss Paul Warne made two changes to his starting line-up for the visit of The Hatters.

Ben Wiles was recalled to the home engine room after Shaun MacDonald was ruled out, due to an injury sustained in the Potteries while Michael Smith was asked to be the focal point of the Rotherham attack with Freddie Ladapo, Kyle Vassell and Leicester loanee George Hirst all named among the substitutes.

Following a slow start by both sides, Luton had the first attack of note when Glen Rea floated a delicate ball forward which took a lovely kick off the surface and Harry Cornick looked to race away but Joe Mattock snuffed out the danger with a timely tackle.

However, the move proved to be Mattock’s last involvement in the proceedings, as the Rotherham full-back pulled up, shortly after, with what appeared to be a muscle injury and Warne was forced into an early defensive reshuffle with Matt Crooks entering the fray and Wiles asked to replace him in the left-back slot.

Crooks almost made an immediate impression from the bench when he latched onto a ball into the channel before getting the better of Rea to play a dangerous centre across the Luton box but Smith – with his back to goal, failed to make the most of the opportunity.

Minutes later, Florian Jozefzoon injected pace into a Rotherham attack before playing the ball back into the path of Jamie Lindsay, who curled a delightful right-footed effort from outside the box which looked to be arching into the far corner of the goal but Luton stopper Simon Sluga kept the ball out with a fine, acrobatic save.

Jozefzoon was proving a thorn in the visitors’ side and following another spellbinding run from the Dutchman, Wes Harding delivered a fizzed first-time centre to the near post and Lindsay timed his run to perfection to deftly flick the ball goalwards, but, once again, Sluga was his equal with a parried save.

In the next phase of play, Jozefzoon was again the creator with a ball into the feet of Smith, who instinctively shot on the turn but Rea blocked his shot at close quarters before Luton had a rare foray forward, involving Cornick and Berry evaded the attentions of Angus MacDonald to fire a cross-cum-shot which was smartly diverted to safety by Rotherham skipper Michael Ihiekwe, just yards away from his own goal.

Luton were having their best spell of the half and Cornick teased and tormented Mickel Miller to deliver another fierce centre into the danger area and MacDonald, in attempting to clear, ushered the ball towards his own goal, but fortunately, Jamal Blackman was ideally positioned to keep the ball out, to the relief of the Rotherham centre-half.

Just past the half-hour mark, Rotherham regained their grip on the game and after Luton failed to deal with a hopeful ball into the box, Smith had a glimpse of goal, but his tame effort was straight down the throat of Sluga before Dan Barlaser attempted a long range free-kick with his instep, but it flew over the Hatters bar.

Moments later, Wiles, who was adapting well to his unfamiliar role, tried his luck with a snap effort but Matty Pearson bravely blocked his effort before Barlaser curled an inviting free-kick into the area and Smith emerged from the masse of bodies, to nod goalwards but Sluga was able to gather with ease.

Despite the hosts having the better of the first period, Rotherham were indebted to Blackman for preserving parity at the interval when James Collins dribbled a pass across goal and with Harding unable to cut out the danger, the ball fell invitingly for George Moncur, who fired goalwards but Blackman produced a fine save to keep the scores goalless.

In an eventful end to the half, Barlaser clipped a free-kick into the box and Collins in avertedly flicked the ball towards his own goal, but it flew narrowly wide before Pearson made something out of nothing to slash a left-footed effort from distance which had Blackman nervously scurrying across goal, at the other end, as it whistled just wide.

Just minutes into the second half, Barlaser hung a free-kick into the box and Smith nodded towards goal, but Sluga smothered his effort before the Millers frontman again showed his aerial prowess by meeting Harding’s cross, moments later, with another headed effort but he failed to hit the target.

Moments later, Wiles, who was looking at ease in his full-back role, delivered a delicious centre which was inches away from the outstretched foot of Smith before Rotherham’s goal led a charmed life, as Luton came close to opening the scoring on two occasions.

Firstly, Moncur got the better of his marker to plant a cross which caused havoc in the Rotherham box and MacDonald appeared to get his feet tangled under pressure from Collins, as the ball squirmed narrowly wide before Blackman made a hash of a left-wing cross and his flapped clearance fell invitingly for Cornick, who looked a likely scorer but despite firing goalwards, Ihiekwe correctly guessed his intentions to hack the ball clear from near his own line.

Nathan Jones’ side were turning up the heat and Berry became the next to threaten the home goal with a well-struck effort from just outside the box but Blackman atoned for his earlier error, by turning the ball around the post.

Rotherham gradually regained their composure and Jozefzoon was again the architect with a run and cross which sub George Hirst attempted to turn home, but his shot was blocked before Miller’s prodded effort was deflected wide.

However, Luton were rewarded for their much-improved second-half performance with the decisive goal with 20 minutes to go.

There looked little danger for the hosts until Miller was penalised for a foul on Kazenga LuaLua and Berry, following a long period of deliberation, played a perfectly weighted free-kick into the box and Collins got a run on his marker to swipe the ball on the volley and find the bottom corner of the Rotherham goal.

The Millers looked rattled by the setback and Luton should have made it two when firstly Pelly-Ruddock Mpanzu launched a quick counter-attack and with Rotherham short of numbers, Moncur bared down on goal, but the former Barnsley player fluffed his lines with a weak effort into the grateful hands of Blackman.

Moments later, Luton again attacked with menace and Berry had Wiles in a daze, by cutting inside and out, before striking a powerful effort which beat the outstretched hand of Blackman, to smash against the foot of the post, as the ball was eventually scrambled clear by a Rotherham defender.

Warne’s side were struggling to regain their rhythm until Ladapo, with what may have been his first touch, advanced down the right touchline before pulling the ball back to Barlaser, who leaning back, spooned a shot over from a promising position before Hirst fired harmlessly wide – with a speculative long-range effort.

With time running out for the hosts, Rotherham’s miserable evening was summed up when Hirst failed to threaten the Luton goal with a wayward header following good approach play.

Despite further promptings from the Millers, late on, Luton successfully negotiated four minutes of second-half stoppage time to claim victory. 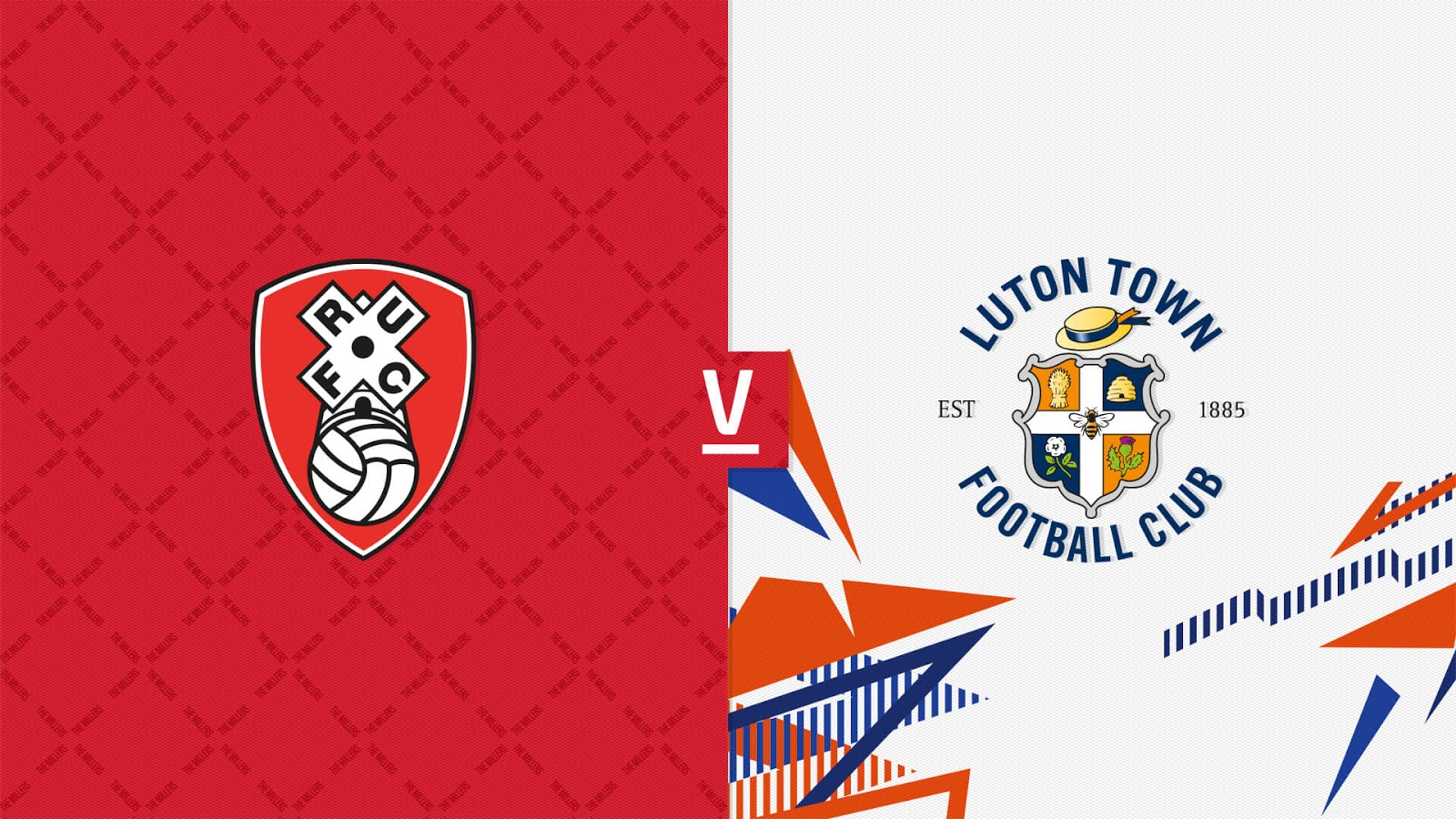 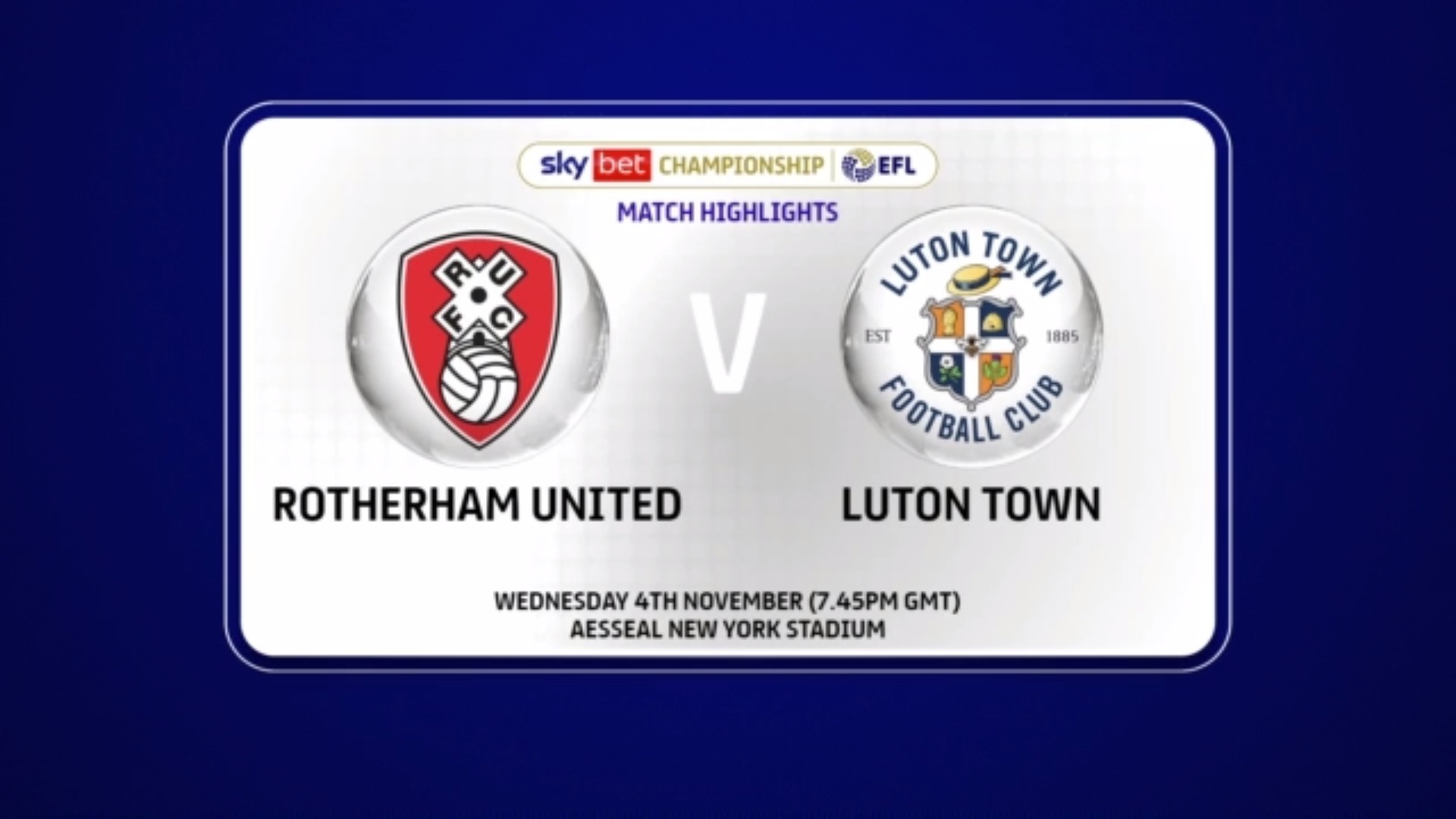 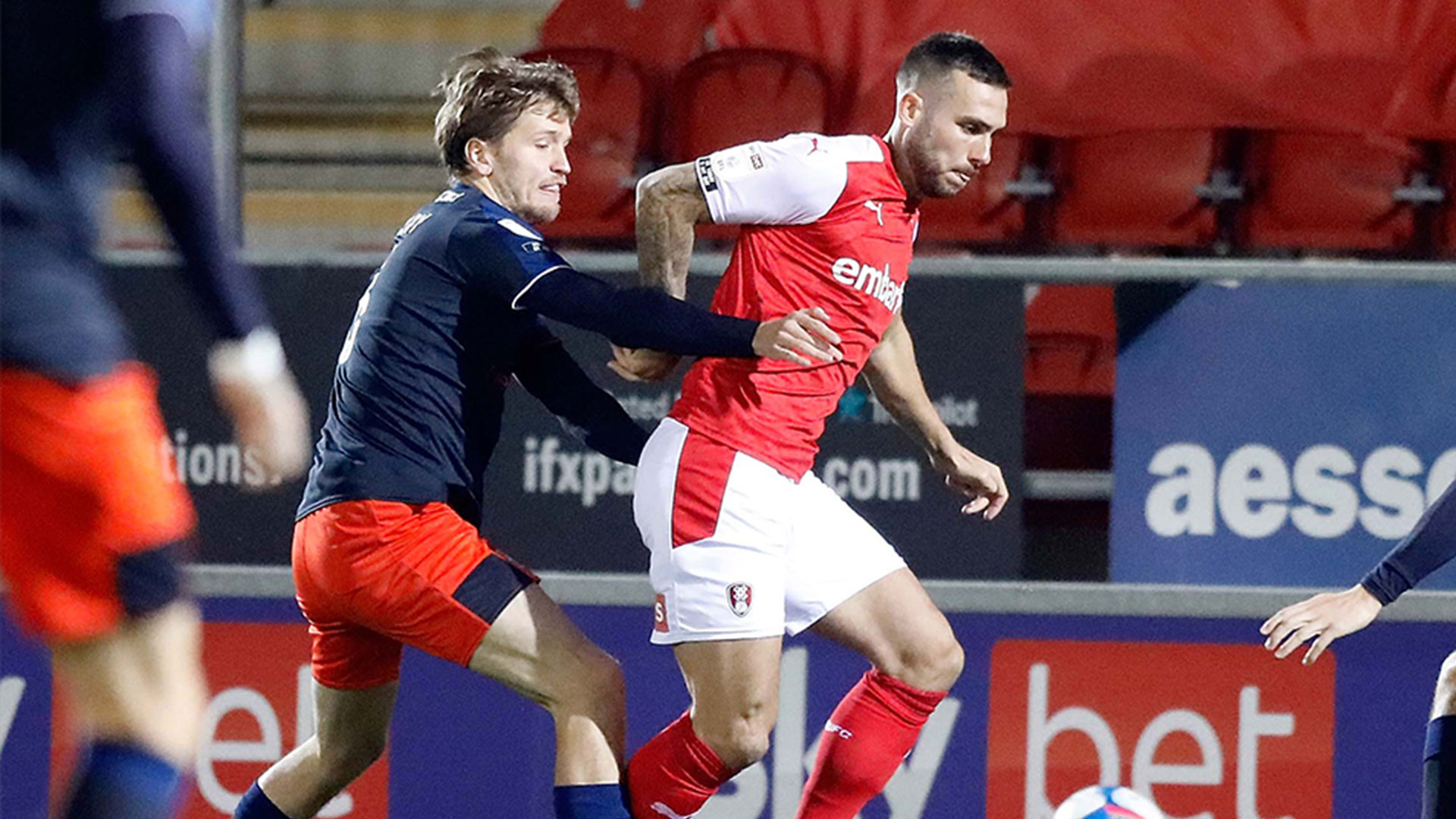