Millers boss Paul Warne endured a sea of emotions on his fourth anniversary at the helm, after his side were trailing then leading before being pegged back, as they had to settle for a share of the spoils with AFC Bournemouth.

With the mist descending over the AESSEAL New York Stadium, the Millers fell behind early on due to Junior Stanislas’ spot kick before Freddie Ladapo’s third and fourth goals of the campaign, either side of the interval, put Warne’s side ahead.

However, Rotherham’s joy proved short-lived as Dominic Solanke levelled matters, soon after, but Warne’s side earned a creditable point against the former Premier League outfit, while arguing that they possibly deserved more.

Following back-to-back defeats on the road, Warne made four changes to his starting line-up for the visit of the Cherries.

There was also a tweak in the Millers system – with Warne opting for a 3-5-2 formation, as Joe Mattock and Matt Olosunde, on his return to the side, filled the wing-back roles.

The home engine room also had a new look to it as Jamie Lindsay and Matt Crooks were recalled while Ladapo was rewarded for his goalscoring cameo at Loftus Road with a starting berth alongside Michael Smith, who also netted in West London.

Despite slow starts at both Swansea and QPR, the Millers were quick out of the blocks, this time, and Crooks had a shot deflected behind by Chris Mepham in the early seconds before Lindsay had a snap effort blocked en-route to goal by Dan Gosling.

In Bournemouth’s first attack of note, Dominic Solanke was denied on the edge of the box before Jefferson Lerma had to be on his toes, at the other end, to prevent Crooks from testing the target, following Mattock’s free-kick.

Just past the quarter hour, Junior Stanislas planted a harmless looking cross into the box but with the Rotherham defence flat-footed and Blackman having a rush of blood by racing from goal, Solanke had a half-chance, but the former Liverpool striker could only bundle an effort wide.

The Millers failed to heed the warning as Jason Tindall’s side were presented with the opportunity to open the scoring, just minutes later.

Following a switch of play, Lloyd Kelly played a ball into the danger area and Solanke looked to get the ball under his spell, but Blackman had a moment to forget, as he softly brought down the Cherries striker, who had his back to goal – and the referee inevitably pointed to the spot.

From the resultant penalty, Stanislas, who reportedly has a faultless record for the visitors’ from 12 yards, kept his nerve, once again, to caress the ball into the heart of the Millers goal – with Blackman diving unsuccessfully to his right.

Despite the disappointing nature of the setback, the Millers responded superbly and they almost responded in kind when Mattock delivered a delicious centre which was met by the head of Lindsay, who had timed his run into the box to perfection, but the former Chelsea ‘keeper, Asmir Begovic, pulled off a top drawer save to tip his goalbound effort over the bar.

From the resultant corner, Smith headed over from Mattock’s cross before the Millers squandered an opportunity when Ihiekwe got on the end of Mattock’s floated free-kick to find himself in acres of space,  but the Millers skipper lacked conviction, by neither providing an assist or firing goalwards, and the chance was lost.

Just before the half-hour mark, Welsh international David Brooks fired over with his trustee left-foot following fine approach play before the Millers deservedly got themselves back on level terms, nine minutes before the break.

There looked little danger for the visitors until Mattock weighed up his options before executing another inviting cross from the left-flank and Ladapo got on the wrong side of his marker, to calmly slide the ball home, from just inside the six-yard box, giving Begovic no chance in the visitors goal.

The Millers were sensing an opportunity was on the cards and Lindsay played a cross which Ihiekwe’s delicately flicked on into the danger area but Adam Smith took the ball off the head of the lurking Ladapo.

Despite the Millers’ new found confidence, there was almost a sucker punch when a defence splitting pass put Stanislas in the clear but the jet-heeled Olosunde put on the afterburners, before putting in a fine last-ditch tackle, which prevented the Cherries man from shooting, from the edge of the box, as he had just Blackman to beat.

Both sides then traded yellow-cards as Kelly was cautioned for a foul on Olosunde before Ihiekwe joined him in the book, apparently for dissent.

With half-time approaching, Stanislas gave Blackman the eyes, from a wide free-kick, by electing to shoot rather than putting a ball into the box, but the Chelsea loanee anticipated the danger, by parrying the ball to safety before Stainslas had another glimpse of goal, soon after, but he was snuffed out before he could get his shot away.

The Millers were almost caught napping, at the start of the second half, when Brooks played a ball over the top which saw Stanislas ghost into the box, almost unopposed, but Blackman stood up tall to parry his fierce near post effort before a timely whistle released the pressure on the hosts.

However, Warne’s side took the lead, with their first foray into visiting territory, in the second 45.

Mattock looked to inject pace into a home move before being unceremoniously felled and Ben Wiles played the resultant free-kick into the box and the ball was half-cleared into the path of Lindsay, on the edge of the box, who fired a stinging drive which brought a fine parried save from Begovic.

However, Rotherham kept the pressure on the hosts and Olosunde played a ball into the path of Ladapo, in a wide channel, and the Millers frontman clipped a delicate effort with his weaker left-foot from a tight angle and the ball floated over the outstretched arm of Begovic, to find the far corner of the net.

In what looked an attempted cross to many, Ladapo took the acclaim of his side before Smith was yellow-carded, just moments following the restart, after a bad foul.

The Dorset outfit made a double substitution around the hour mark and it paid immediate dividends when one of the replacements, Diego Rico stood up an inviting cross which was inch-perfect for Solanke, to nod goalwards, and it was agonising for those with a Rotherham persuasion, as Blackman, got a hand to his effort, but the ball still squirmed over the line.

The Millers shrugged off the setback to pressurise the Cherries goal, almost straight away, and Smith hit a deflected half-volley just wide before Angus MacDonald executed a superb scissor kick, in the next home attack, which brought a superb reflex save from Begovic, and despite Crooks turning home the rebound from close range, a flag from the assistant referee curtailed any home joy.

Minutes later, Lerma headed into the grateful hands of Blackman following Stanislas’ corner before the Colombian midfielder was booked for a clumsy foul on Ladapo, on halfway.

With quarter-an-hour remaining, the Millers had a double scare when Stanislas’ through ball put Solanke in the clear, but Blackman redeemed himself for his earlier error, by tipping the ball to safety, against all odds, after the Cherries striker looked to round him before Philip Billing fired over from an inviting position following Rico’s assist.

With time running out, Brooks became the latest to see yellow for cynically hauling down sub Trevor Clarke before Lerma almost produced a moment of magic, when he spotted Blackman narrowly off his line, to try his luck from near the halfway line with a quickly taken free-kick, but despite the Rotherham stopper backtracking nervously towards his own goal, the ball flew narrowly over the home bar.

In the game’s last act, Crooks curled an effort over from the edge of the box, and despite both sides’ efforts to force a winner near the end, the referee brought an entertaining game to a close. 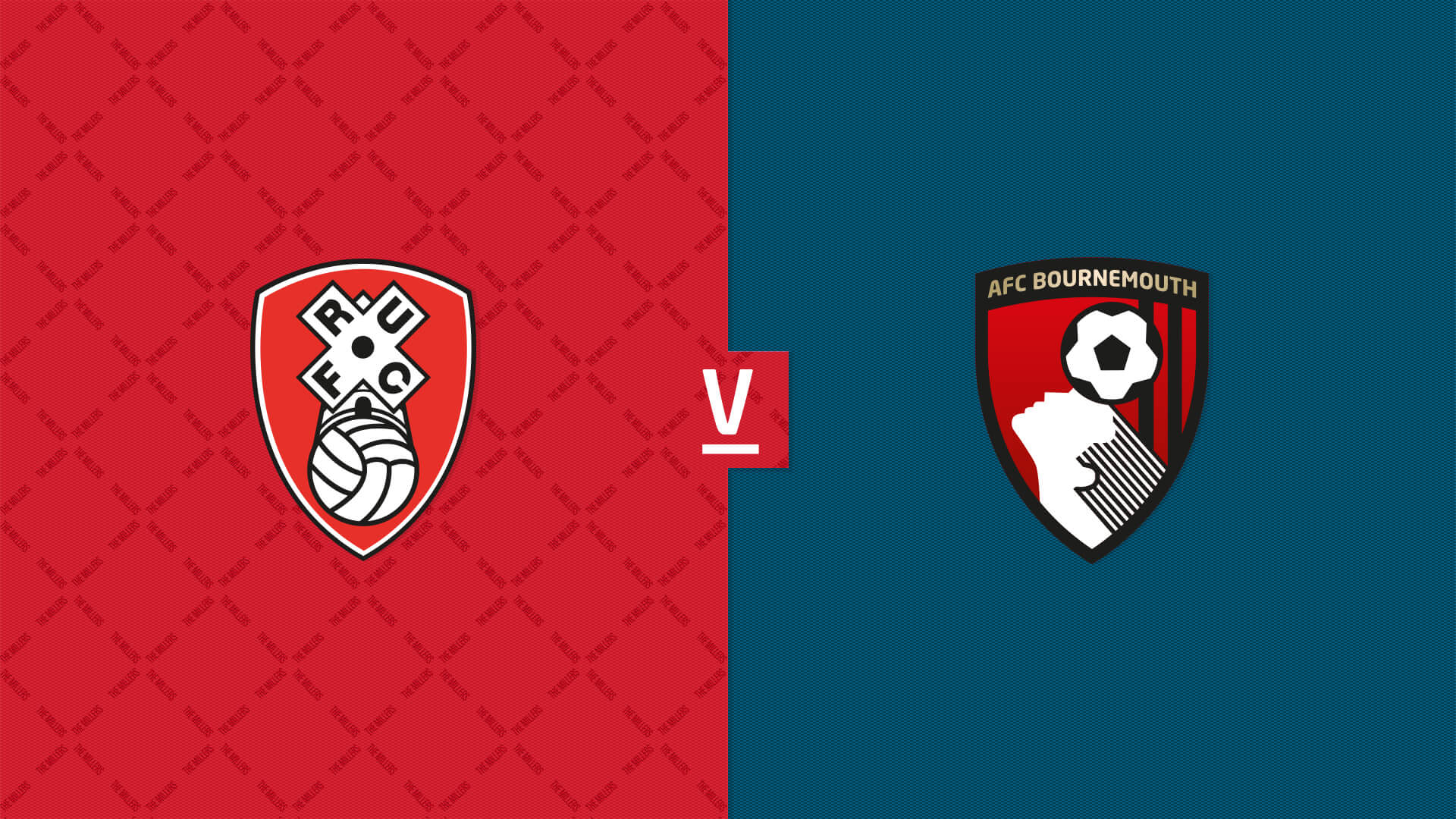 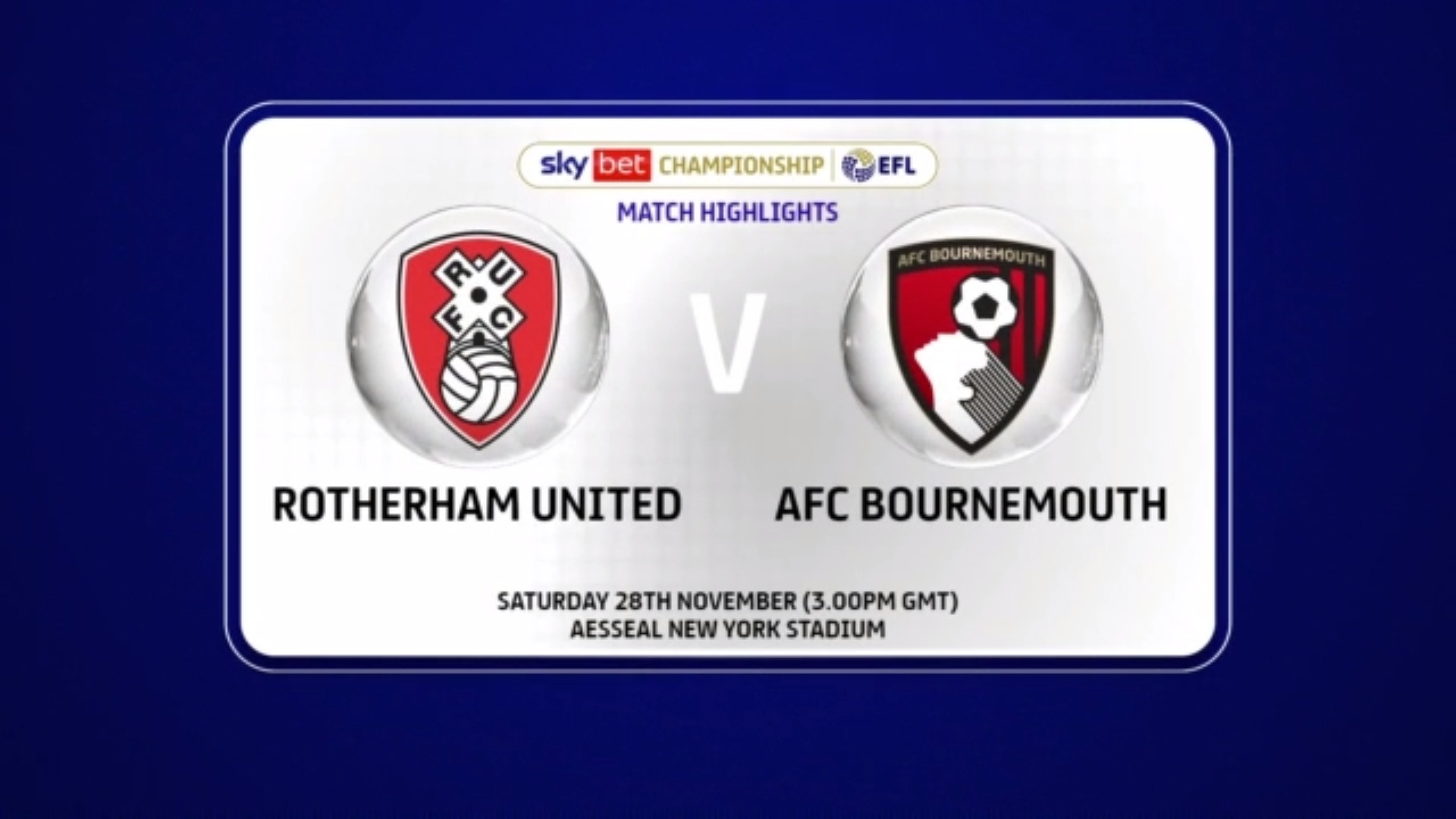 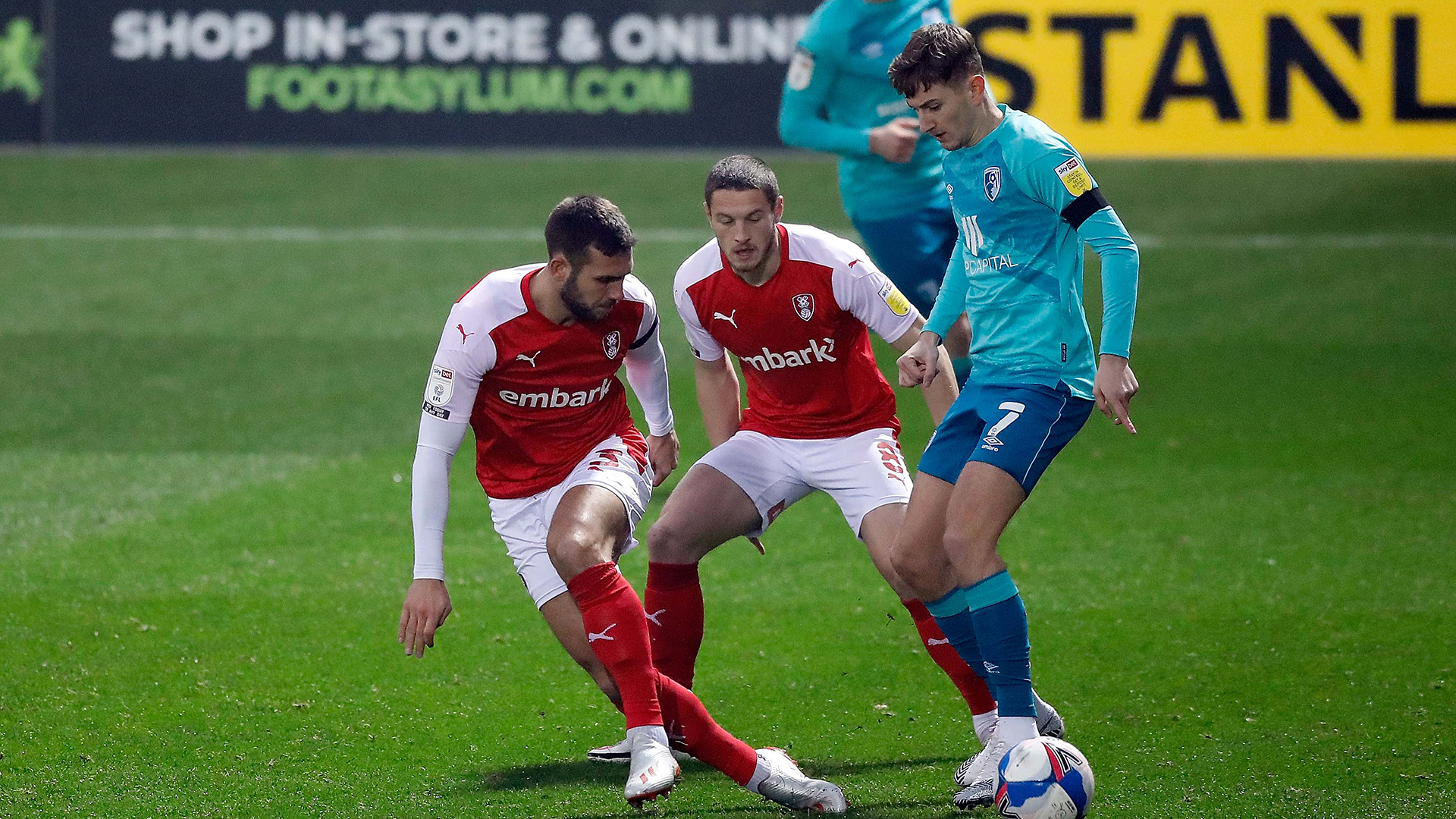