Rotherham United go into Saturday’s Sky Bet Championship finale at Cardiff City with their survival destiny out of their hands, following a goalless draw with Luton Town.

The Millers narrowed the gap to fourth-bottom Derby County to two points, but with just one game to go, Paul Warne’s side need maximum points, in South Wales, while keeping fingers crossed that local rivals Sheffield Wednesday do them a favour, by preventing Wayne Rooney’s side, from claiming victory.

In the Sky TV televised encounter, Rotherham failed in their bid to climb out of the bottom three, as Matt Crooks, on his return to the side, hit the post, before missing a late chance, although Luton struck the woodwork twice themselves.

Following their last gasp draw with Blackburn last time out, Warne freshened up his pack for their penultimate game of the season, at Kenilworth Road.

Chelsea loanee Jamal Blackman retained his place between the sticks following a starring performance against Rovers while Wes Harding was named in a back three, as weekend injury victim Angus MacDonald was among the replacements.

American flyer Matt Olosunde was recalled in one of the wing-back roles while Ben Wiles and Dan Barlaser were asked to dictate central midfield affairs.

In windswept conditions, the Hatters had the first sight of goal when Kiernan Dewsbury-Hall tried his luck from distance, but Blackman got his body behind his shot.

At the other end, Wing was hauled down by Glen Rea in a central position and the Middlesbrough loanee, buoyed by his first Millers goal with a late free kick at the weekend, took on the responsibility, once again, and his low effort, took a slight deflection off the Luton wall, and it almost deceived Simon Sluga in the home goal, but the Croatian recovered his footing to smother the danger.

The Millers had a lapse of concentration when Blackman allowed the ball to go out of play, but a corner was awarded and James Bree swung over the resultant centre which Blackman could only parry to the edge of the box, and Dewsbury-Hall fired a left-footed effort which fizzed harmlessly wide of the target.

In a frenetic opening, Wing’s threaded ball presented Wiles with the chance to strike from long-range and his effort seemed set to threaten the home goal but Hatters skipper Sonny Bradley blocked the shot en-route.

The Millers were indebted to the woodwork for preserving parity when Rea and Bree nodded the ball forward and Elijah Adebayo worked a yard of space on his marker to generate a shooting position, and he duly obliged to fire a rising effort, from a tight angle, which struck the angle of the goal, before the ball fortuitously fell to safety.

Warne’s side almost made the most of their stroke of fortune when Wing dug out a cross initially before Ryan Giles picked up the pieces to float a centre, which saw Smith peel away from the attentions of Bradley, but his glancing header flew wide of the home goal.

Both sides traded chances when Adebayo delivered a teasing centre which caused havoc in the Rotherham defence but neither James Collins or Dan Potts could provide the telling touch before Crooks stung the palms of Sluga with a cross-cum-shot.

There was a bizarre moment, just shy of the half hour, when Dewsbury-Hall swung an inswinging corner, which may have caught the wind, as it arched towards goal, and Blackman, despite being under pressure from Adebayo, clawed back the ball from near his own line, against all the odds, and with assistance of the post, Richard Wood scrambled the ball to safety.

Despite riding their luck at times, Rotherham had a hard luck story of their own when Luton failed to deal with a long punt forward and Smith won the aerial duel and Crooks superbly anticipated the flick-on, to nip in front of Bradley, to clip the ball over Sluga, who was in no man’s land, but the ball cannoned into the post, before floating across the goal-line, before Sluga diffused the danger, by plucking the ball out of the air.

In the last noteworthy action of the half, Smith, who was having a physical battle with Bradley, became the first to see yellow, for illegally preventing Sluga from throwing the ball out of his area before Dewsbury-Hall fired wide from the breakdown of a home corner.

Following the break, Michael Ihiekwe put his body on the line to bravely block Dewsbury-Hall’s goalbound shot before Harding had to be on toes to deny Bradley a tap-in, at the far post, following Kal Naismith’s dangerous cross.

Minutes later, Adebayo fired straight into the grateful arms of Blackman before Warne attempted to inject life into a circumspect Rotherham second-half performance, by introducing Freddie Ladapo and Chiedozie Ogbene into the fray.

The double move paid immediate rewards when Ogbene left Naismith and Cornick in his wake before drilling a shot which was blocked before Giles threaded a cross which was narrowly evaded the attentions of Ladapo.

A goalmouth scramble in the Luton box failed to fall kindly for Rotherham runners before the Millers had the opportunity they had been waiting for, but unfortunately, they failed to make it count.

Giles worked a yard of space on Bree to clip a cross into the danger area and Crooks got between two Luton defenders to plant a downward header towards goal, but agonisingly for all those with a Rotherham persuasion, the ball grazed the outside of the post – with Sluga flying desperately across his goal.

With the game on a knife-edge, Pelly-Ruddock Mpanzu and Kazenga Lua Lua blazed over from promising positions on the edge of the box before Wing’s miscued free-kick was diverted behind by Sluga, at the other end.

With Rotherham throwing bodies forward, late on, Luton launched a quick counter and Adebayo fired into the empty stand behind the goal before Ladapo momentarily thought he had latched onto Giles’ through ball with the goal at his mercy, but he was adjudged offside before he could get his shot away. 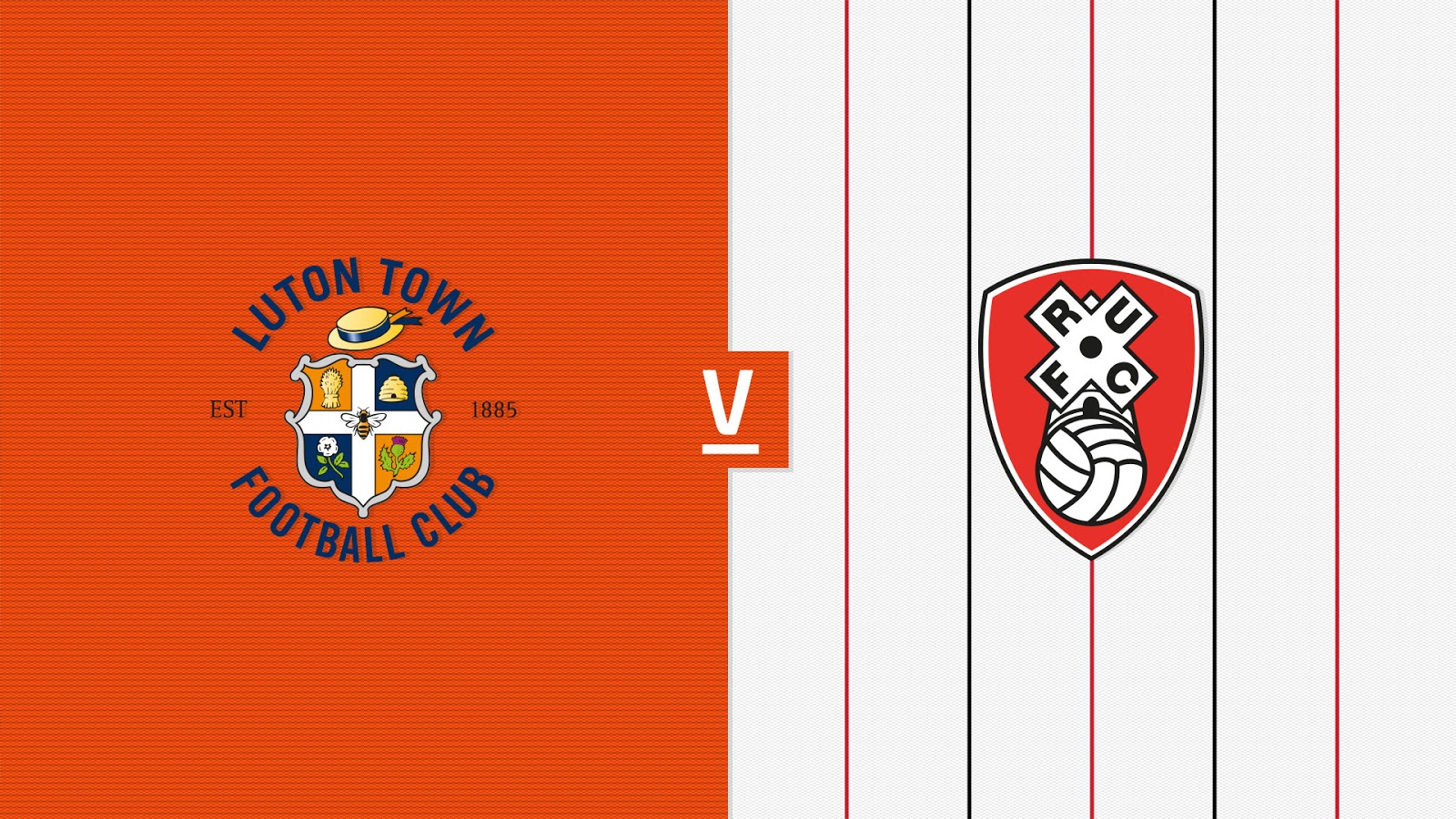 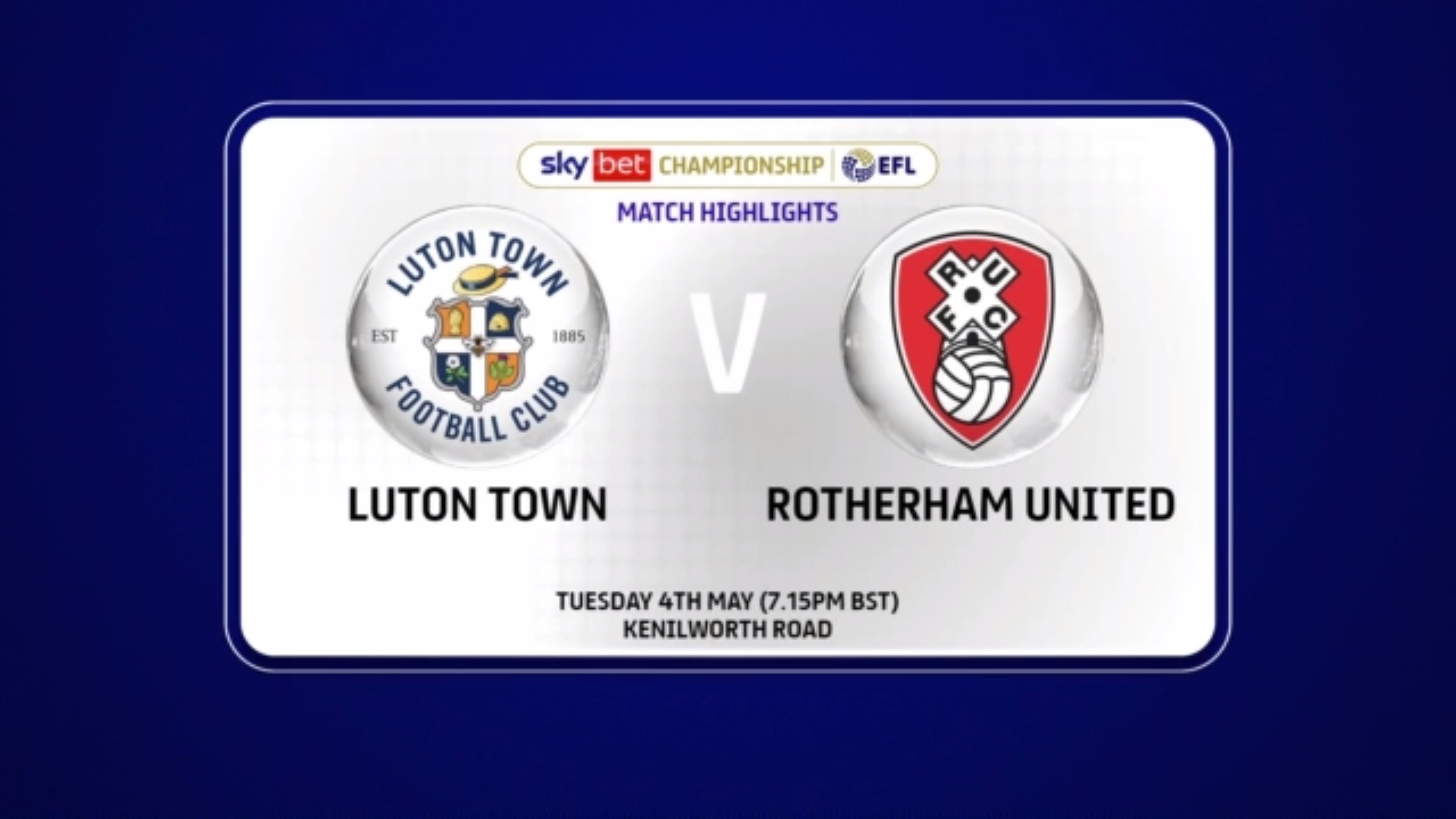 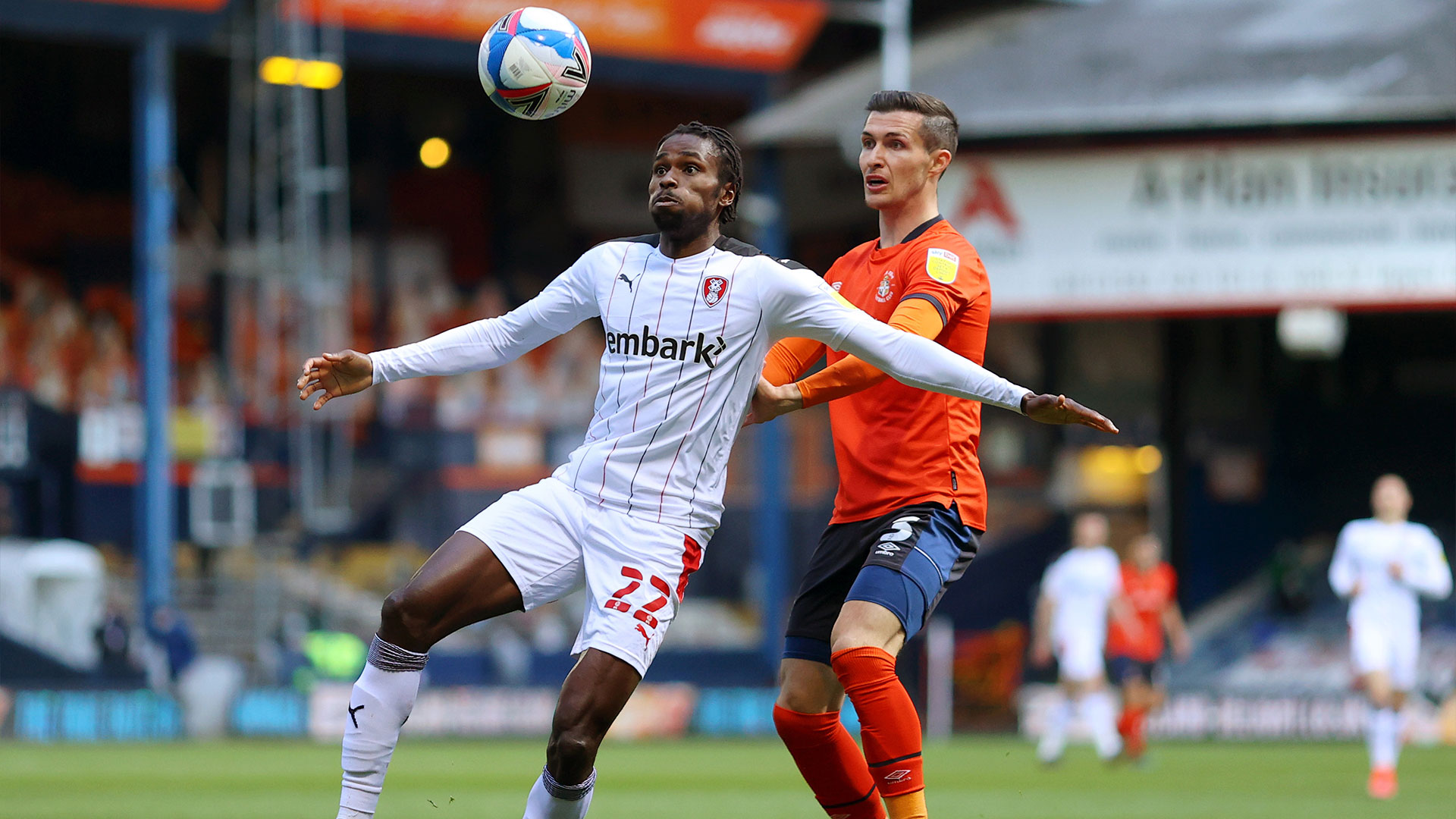