It was an evening to forget for the Millers as they ended a tough week, by falling to defeat at the hands of Premier-League chasing Watford.

The Rotherham playing and coaching staff, who have had to contend with another bout of COVID-19 sweeping through the camp, gave their all for the cause in characteristic fashion, but they were swept aside by the rampant visitors, who raced into a three-goal interval lead, and never looked back.

With games against Brentford, Luton Town and Coventry City postponed, the Millers returned to Sky Bet Championship action against an in-form Hornets side - with just one day of training behind them.

Assistant manager Richie Barker was taking charge of touchline affairs, as boss Paul Warne was forced to watch proceedings from home, as he is undergoing a period of self-isolation.

Despite the disruptive nature of their preparations, Rotherham made the early running at the AESSEAL New York Stadium when Matt Crooks had a shot blocked en-route to goal before the returning skipper Richard Wood hooked an effort harmlessly wide, from the edge of the box.

Minutes later, Michael Smith, who was able to take his place after his red-card at Hillsborough was rescinded, was inches away from meeting Freddie Ladapo’s inviting cross before Daniel Bachmann was forced to hack clear with Ladapo lurking.

However, Watford took the heat out of Rotherham’s bright start when Ismaila Saar dragged a shot wide from a narrow angle, before taking the lead with their next attack.

Following a period of probing on the left flank, Philip Zinckernagel delivered a whipped centre into the box and Francisco Sierralta, worked a yard of space on his nearest challenger, Wood, before powerfully heading into the heart of the Rotherham goal giving Jamal Blackman no chance.

The Millers responded positively to the setback and after Ben Wiles’ direct run was illegally halted by Kiko Femenia, Dan Barlaser planted a free-kick into the box, and Angus MacDonald emerged from the ruck of bodies to meet his centre, but he could not control his header, as it flew narrowly wide.

Rotherham were more than matching the visitors but Watford showed their clinical and ruthless nature, by notching a second goal, just before the half-hour mark.

Zinckernagel was again the architect when he turned over possession from Crooks, before delivering another delicious cross and Nathaniel Chalobah, who beat the offside trap, poked goalwards and despite Blackman showing good reflexes, to keep the ball out, the Chelsea loanee’s luck was out when Saar kept his nerve to fire into the roof of the net, on the follow-up.

The second goal seemed to take the wind out of Rotherham’s sails, and a fine flowing move from the Hornets split open the home rearguard, and Joao Pedro’s clever pass presented Sarr, with the chance to clip the ball over Blackman and towards goal, but despite his effort fizzing just wide, any goal would have been ruled out for offside.

The Millers were staring down the barrel of defeat and Joao Pedro had a shot blocked before Chalobah brought the best out of Blackman, who produced a fine acrobatic stop, to divert his rising effort to safety.

However, it was only a temporary reprieve, as Watford added a third goal, from the resultant corner.

The Millers defence, untypically, failed to deal with a set-piece into the box, and Ken Sema, showed his class, by flicking the ball up on the edge of the box before volleying home sweetly with his favoured left-foot.

In a rare home foray, Matt Olosunde fired a weak effort straight down the throat of Bachmann, before the Millers were indebted to Blackman for denying Joao Pedro, a fourth goal, by racing off his line to deny the Brazilian forward at close quarters.

With half time approaching, Rotherham had faint appeals for a spot kick when Adam Masina seemed to lead with his arm, to block Shaun MacDonald’s cross-cum-shot, but the referee waved away home protests.

The Hornets started the second half as they finished the first when Saar launched a quick counter-attack before sliding a ball to Joao Pedro, who looked on course to slot home, but Wood came out of nowhere with a last-ditch tackle to deny him.

Despite the nature of the score line, Rotherham were refusing to throw in the towel – and they were gifted a chance – to reduce the arrears, in bizarre circumstances.

An innocuous ball was played into the channel and Smith looked to be heading into a cul-de-sac, as he was crowded out by William Troost-Ekong in the box, but after the Millers frontman lost his footing, a penalty was awarded.

Smith, dusted himself down to take the spot kick, but he failed to make the most of the opportunity from 12 yards when Bachmann correctly guessed his intentions and with a strong hand, he managed to turn his right-footed effort around the post.

In the aftermath of the penalty, Crooks nodded goalwards but Chalobah punted clear from near his own line before Sierralta almost rubbed salt into the Millers wounds, by poking home from close range, but Blackman was his equal with a smothered save.

Rotherham, who were visibly battling the effects of fatigue, were showing their fighting spirit and they grabbed a lifeline with 22 minutes to go.

A switch of play involving sub Wes Harding and Barlaser paved the way for Ladapo, to get the ball out of his feet, before trying his luck with a fierce right-footed effort from distance, and the ball swerved in the air, as Bachmann could only watch helplessly, as it fizzed into the far corner of the goal.

The goal proved a false dawn for the Millers and was effectively a consolation, as Watford extinguished any faint hopes of a fightback, by notching a fourth goal, just a minute later.

Sema’s threaded pass gave sub Andre Gray the chance to fire goalwards, and Blackman could only parry the ball into the path of the on-rushing Dan Gosling, who had the simple task of tapping home into the unguarded net. 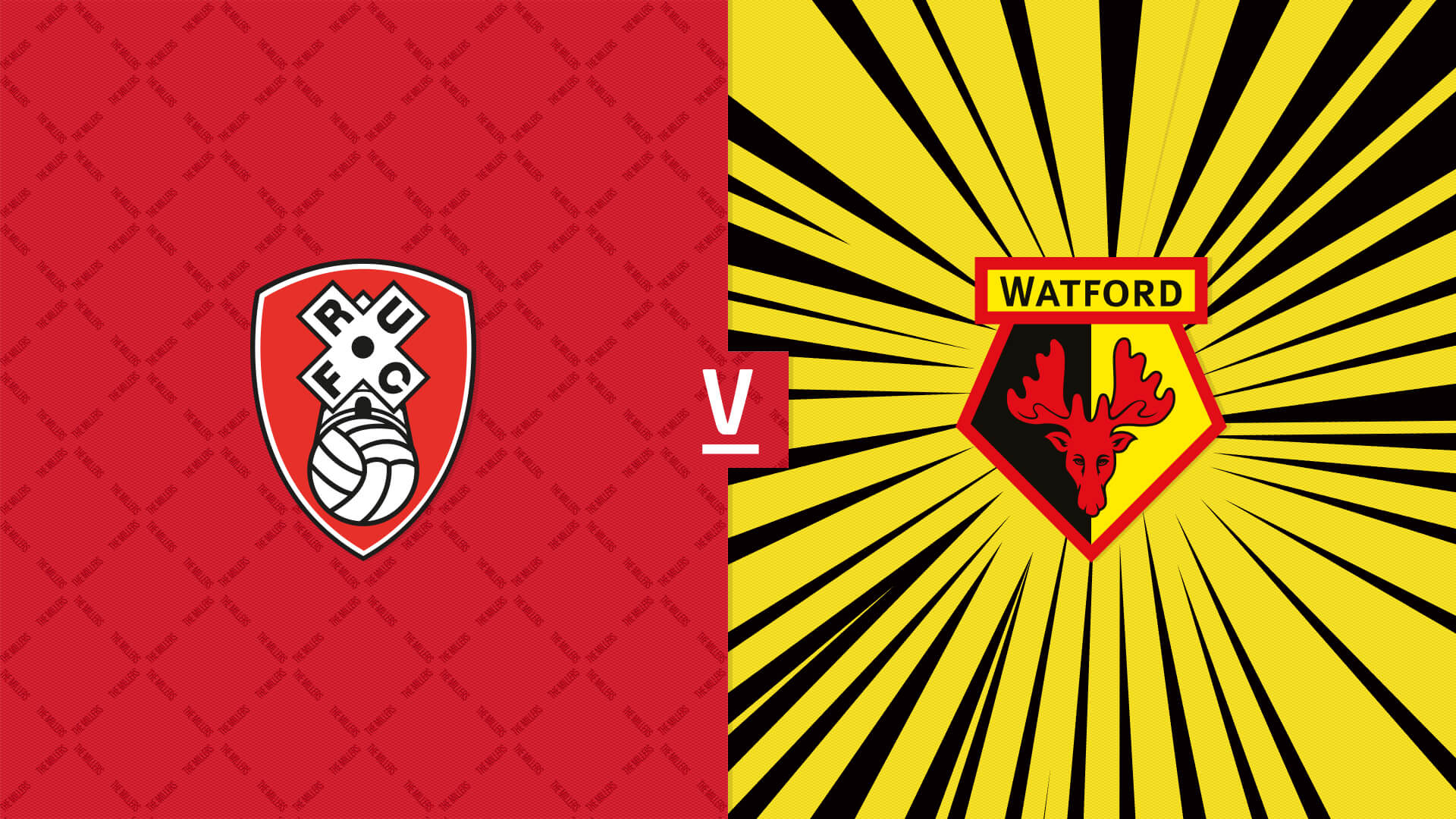 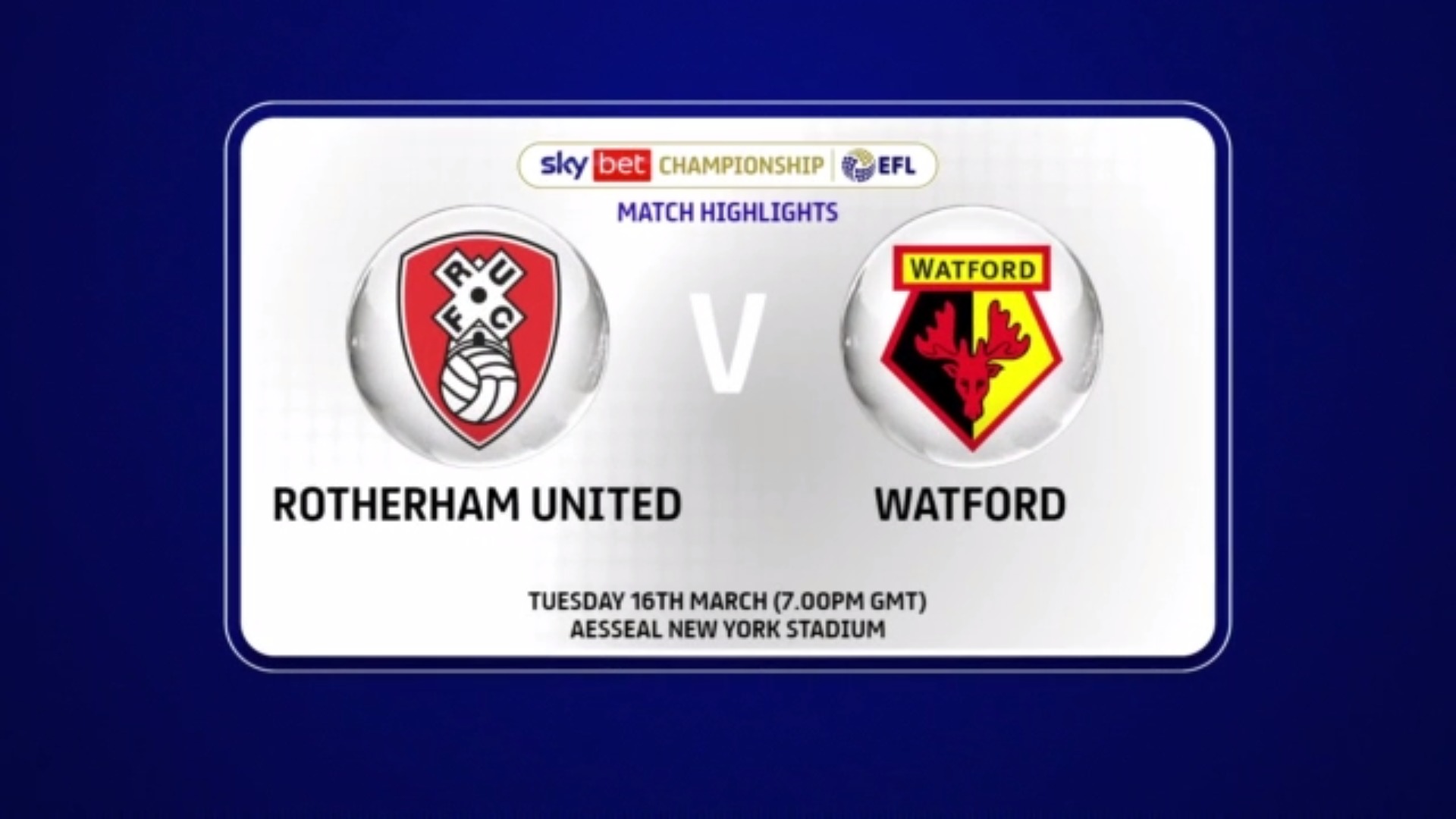 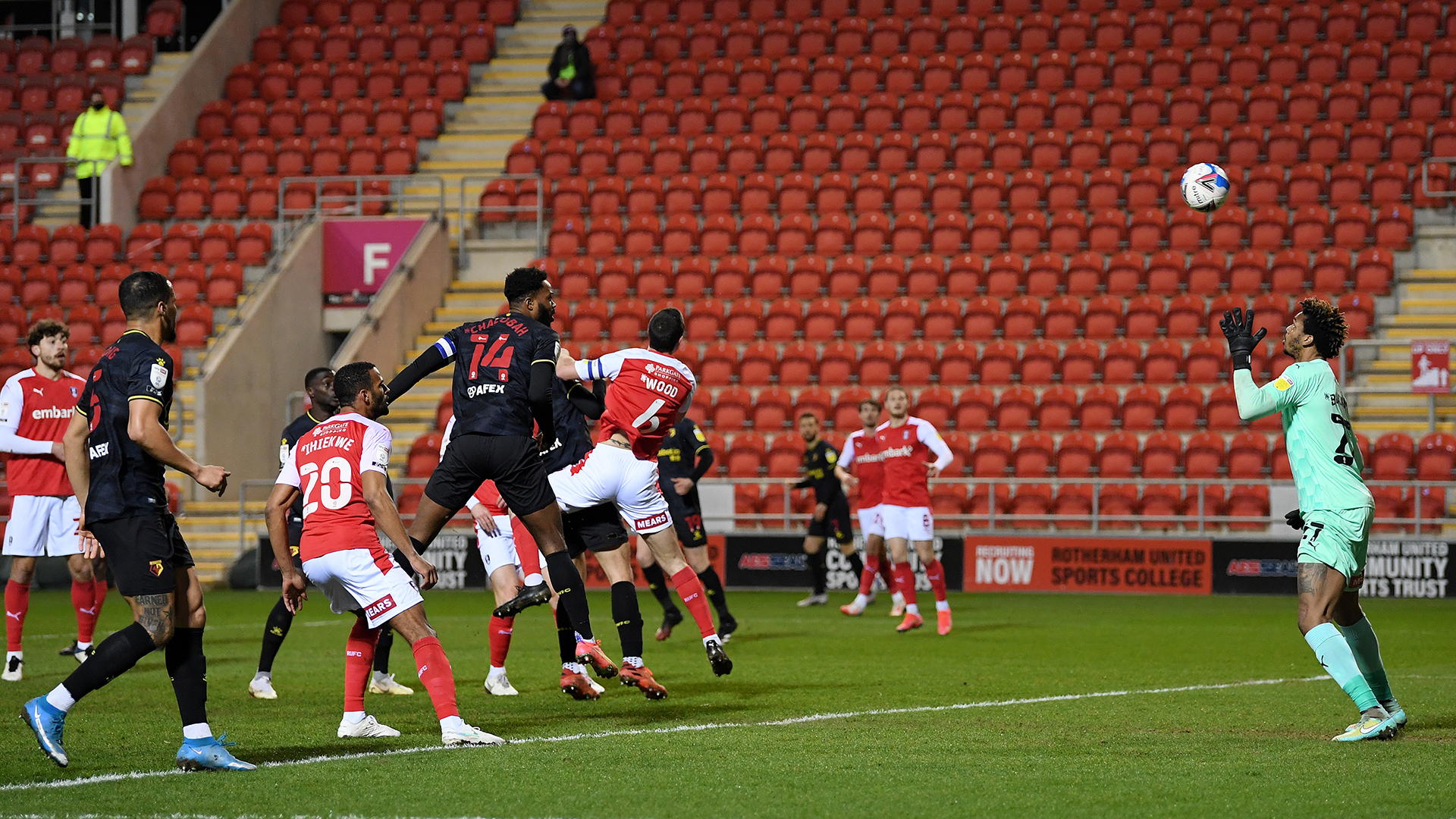