Rotherham United slipped to their first Sky Bet Championship defeat of 2021, but not without giving promotion-chasing Swansea City a run for their money at the AESSEAL New York Stadium.

Steve Cooper’s high-flying side showed their Premier League credentials with a clinical first-half display, which was capped by eye-catching left-footed strikes from both Conor Hourihane and Matt Grimes.

Sub Freddie Ladapo’s fifth goal of the season halved the deficit after the break but Jay Fulton, in his first involvement, extinguished any hopes of a Rotherham fightback with a well-taken third.

Following their handsome victory over Middlesbrough last time out, Millers boss Paul Warne kept faith with his starting eleven in the north east, for the visit of the Swans.

Man of the moment, Matt Crooks shrugged off a calf complaint sustained at the Riverside Stadium to take his place, behind Michael Smith, who is in a rich vein of form in front of goal, after notching his fifth goal in six league games, in midweek.

However, there were numerous changes on the Millers bench with Warne naming two ‘keepers among his eight substitutes. Derby loanee Florian Jozefzoon returned to the fold, following a bout of illness, but defenders Curtis Tilt and Adam Thompson were absent, due to their recent departures to Wigan Athletic and Leyton Orient, respectively.

Swansea, who started the game in the Sky Bet Championship promotion spots, made a fast start and Matt Olosunde was forced into some early defending before Yan Dhanda swung a centre out of play.

Minutes later, Andre Ayew became the first to see yellow for a high challenge on Ben Wiles before Crooks made something out of nothing to hook a ball into the box, which Ryan Bennett turned behind.

Bennett made another timely intervention to deny Smith before Jamie Lindsay was upended by Grimes, on the edge of the box, but the Scottish midfielder failed to make it count from the resultant free-kick when he struck his effort into the Swans wall.

The Millers had settled into the affair confidently and Wes Harding had a long-range shot deflected behind before Smith screwed a point-blank effort, just wide, in the aftermath of a Lindsay corner.

However, Swansea opened the scoring, just before the half-hour mark.

There looked little danger for the hosts until Shaun MacDonald was caught in possession on halfway and Ayew led a Swans cavalry charge which saw Connor Roberts dig out a cross which evaded Ayew but Jamal Lowe kept the ball alive and Dhanda showed good awareness to present Hourihane with the chance to strike with his trustee left-peg, and the ball flew past Shaun MacDonald and Olosunde, who looked to charge down and past the motionless Jamal Blackman, who was rooted to the spot.

The goal seemed to take the wind out of the Millers sails and skipper Richard Wood was deservedly yellow-carded for a cynical pull-back on Lowe before Roberts’ defensive splitting pass gave Lowe, a sight of goal from a tight angle, but Blackman denied him, at his near post.

However, Cooper’s side continued to press and they doubled their advantage, from the following set-piece.

Hourihane swung over an inviting centre which a backtracking Blackman flapped at, in essence, and with the Millers still at sixes and sevens, the ball fell invitingly for visiting skipper Grimes, who punished the home side to the full, with another sweet left-footed strike, from just outside the box, and Blackman, who was looking to regain his footing, was helpless, as the ball fizzed into the bottom corner of the Millers goal.

Moments later, there was a moment of controversy when Ayew, who was earlier cautioned, was somewhat fortunate to escape further sanction, after appearing to lead with a stray elbow, in an aerial duel with Lindsay, but no action was taken.

In the last action of the half, Crooks embarked on a mazy run, which saw him evade the challenges of both Ben Cabango and Bennett, as he looked to work a shooting position, and he duly obliged, by firing a dipping effort from around 20 yards, which whistled narrowly over the bar.

Warne reshuffled his pack, by making a double substitution at the interval, with Ryan Giles, making his home debut, and Ladapo introduced.

The duo made an early impact, in attacking the North Stand, with Ladapo winning a corner which Giles curled into the box and Angus MacDonald had a shot blocked, at close quarters.

Minutes later, the Millers had faint appeals for a spot kick when Giles was felled by Marc Guehi in the box, but the referee adjudged it was a legitimate challenge.

With Swansea intent on keeping numbers behind the ball, Warne’s side were looking to build up a head of steam and Lindsay put a ball into the danger area which Bennett could only divert the ball into the path of Ladapo, but his hurried shot failed to trouble the visitors’ goal.

However, Ladapo was not to be deterred – and he got the Millers back in the game – with a typical predatory strike.

Harding delivered a long throw into the Swans box and with Jake Bidwell unable to clear the danger, by inavertedly flicking the ball on, Ladapo got the better of a tussle of Roberts, to smartly nod the ball into the bottom corner of the Swans goal.

The Millers were sensing an opportunity was on the cards, and Giles, who was looking dangerous, with his deliveries from the left-flank, was the provider, as Crooks firstly headed over, before finding the grateful arms of Freddie Woodman with another effort.

However, it proved a false dawn, as Swansea restored their two-goal cushion – with fifteen minutes to go.

Ayew showed fleet of foot to launch a Swans counter-attack and Hourihane took advantage to present Bidwell with the chance to deliver a first-time cross which paved the way for Fulton, which may have been his first touch from the bench, to get in front of Angus MacDonald, and deftly flicking the ball home – with a classy finish.

The Millers refused to throw in the towel and they came within a coat of paint, of halving the deficit, once again, when Lindsay’s corner saw Clark Robertson rise highest – and either the Scots defender or Grimes, headed the ball towards goal – but his effort hit the top of the crossbar, before falling to safety.

Warne’s side continued to probe the Swansea goal, late on, but Guehi came close to adding a fourth, in the game’s last act, but Blackman tipped the ball over the bar. 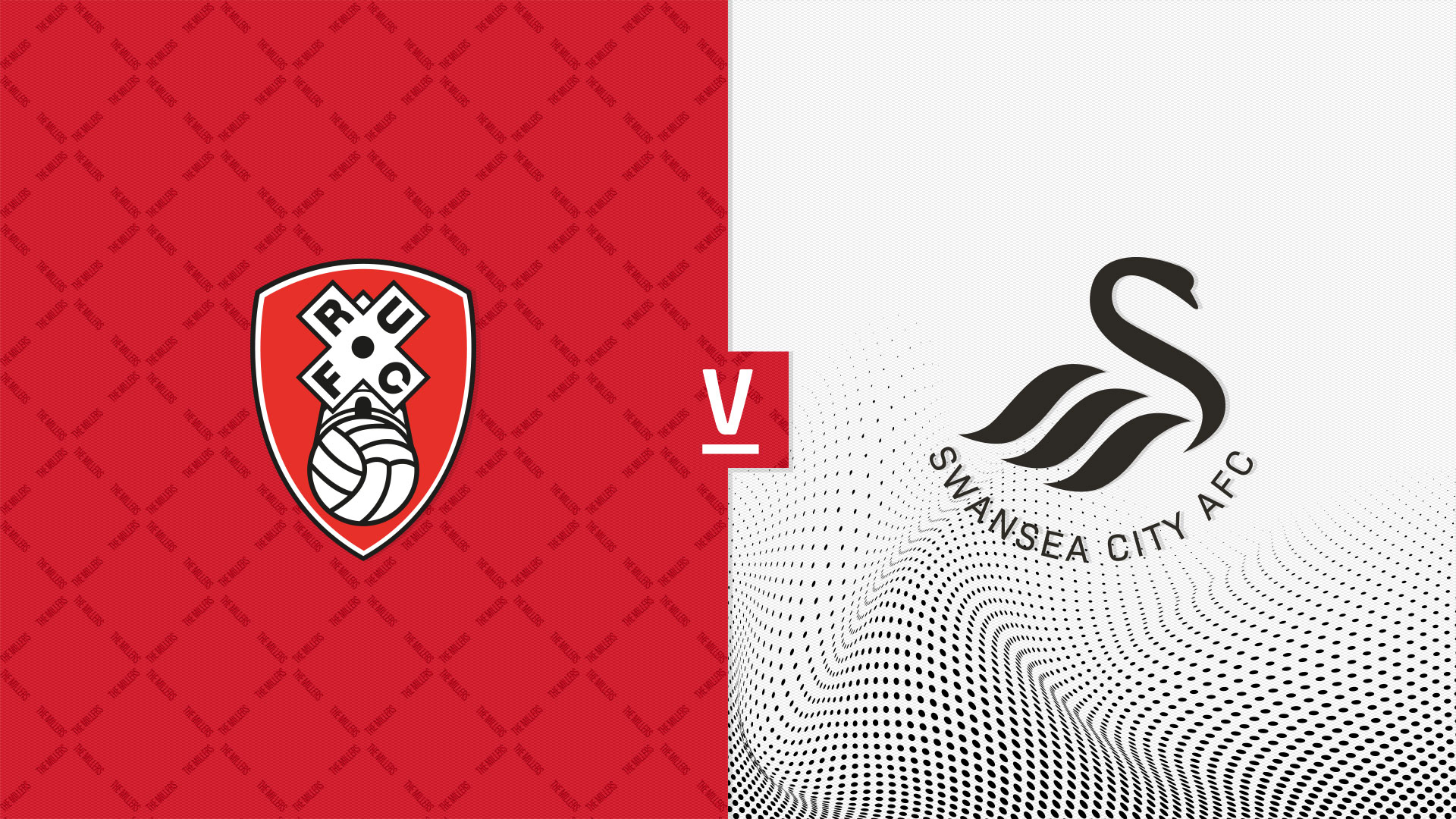 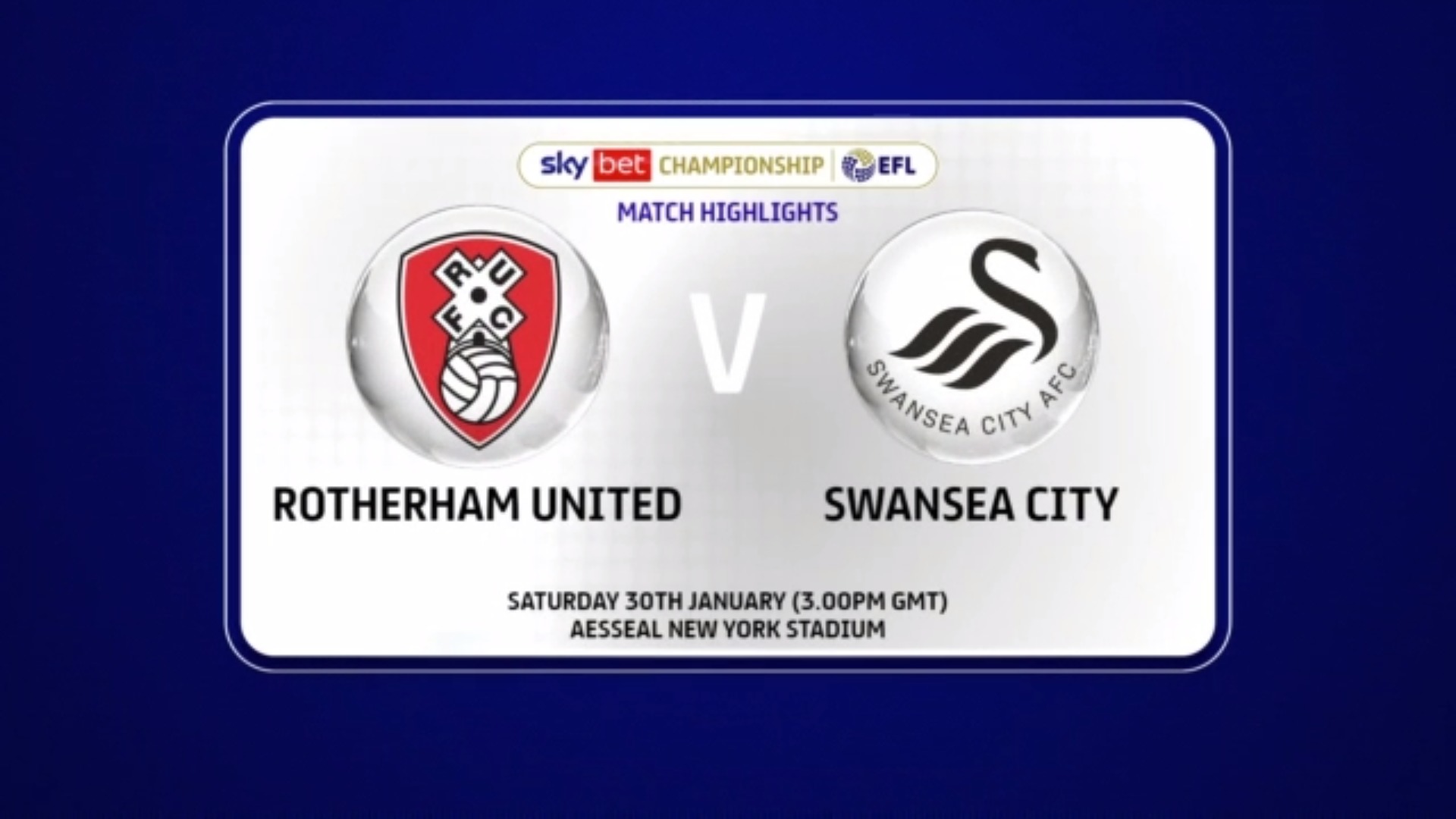 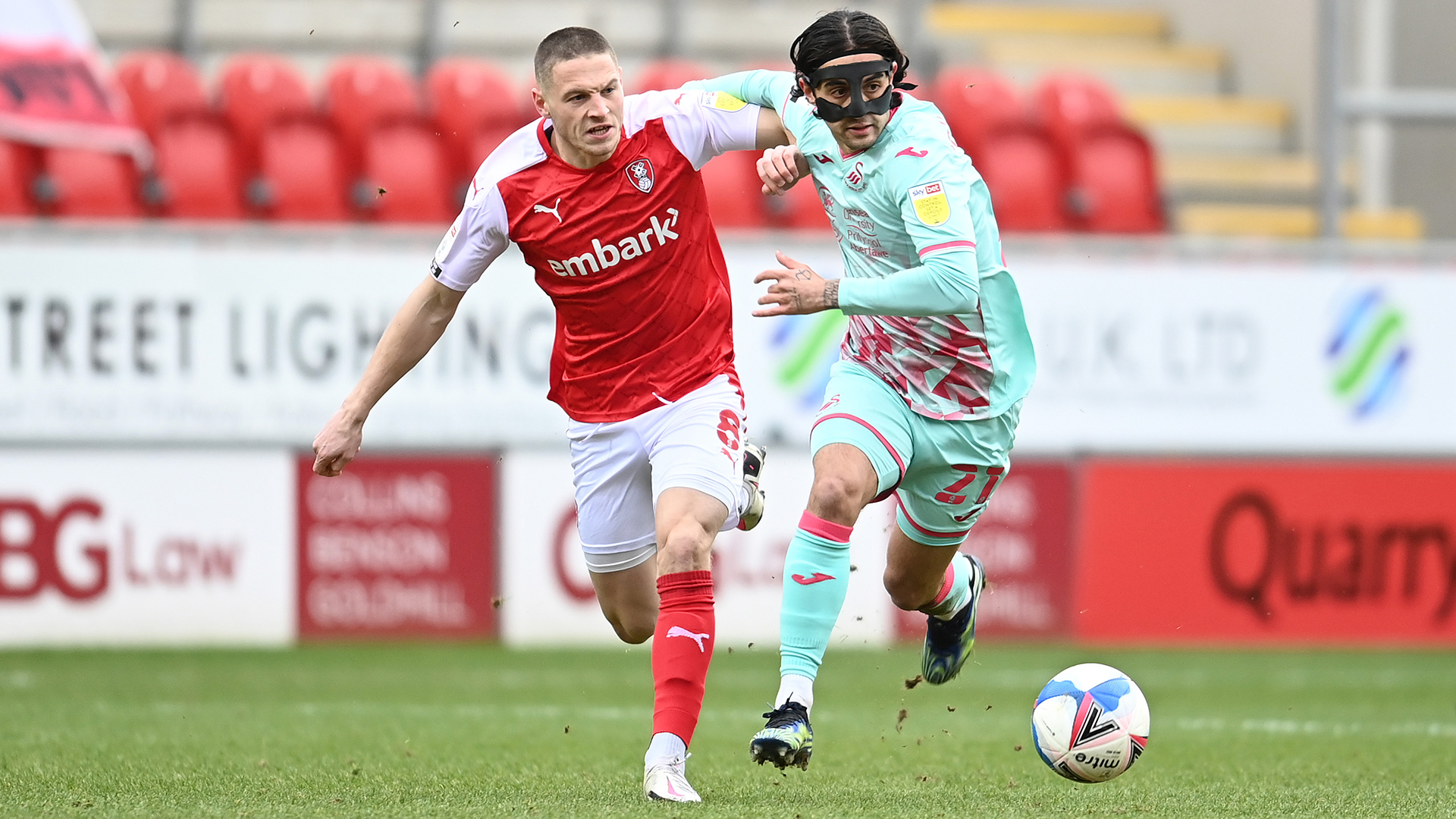