It was thrill-a-minute stuff at a wet-and-blustery AESSEAL New York Stadium as Rotherham United and Stoke City shared six goals in an enthralling encounter.

The sides traded blows in the first period as Matt Crooks cancelled out Stoke’s early opener before Rotherham led twice in the second 45, thanks to Michael Smith’s fifth goal in six league games and Crooks’ second of the evening – but Stoke pegged the Millers back, on both occasions, through Danny Batth and Nick Powell.

Following their vital victory over Derby County at the weekend, boss Paul Warne, who was celebrating his 200th game at the Millers helm, kept faith with his starting line-up at Pride Park, for the visit of the play-off chasing Potters.

The only change to the home squad was the addition of Adam Thompson to the list of replacements – with Warne using his full complement of substitutes.

The visitors had the wind behind them in the first period and they had the first sight of goal in the early minutes when Jordan Cousins’ shot from the edge of the box was deflected over by Richard Wood, before Jacob Brown blazed a header over from the resultant corner.

Just before the quarter hour, Stoke broke the deadlock with their next attack.

There looked little danger for the Millers until Wes Harding miscued a pass, which caught the elements, and the visitors latched onto the loose ball, before turning defence into attack with the blink of an eye as Powell threaded a ball into the advancing run of Rhys Norrington-Davies, who looked to play a first-time cross into the danger area, and Angus MacDonald, in attempting to cut out the danger, sliced the ball towards his own goal and Jamal Blackman could only watch the ball sail into the home net.

The Millers responded positively to the setback and Matt Olosunde forced a corner and Jamie Lindsay planted the ball under the crossbar whereby Josef Bursik was forced to tip over.

Warne’s side then came within a coat of paint of levelling matters, in their next set-piece, when Dan Barlaser’s tap presented Lindsay with the chance to swing another centre into the box and Harding emerged from the ruck of bodies to power a point-blank header which smashed against the woodwork – and denied the former Birmingham defender his first Millers goal.

Minutes later, Barlaser and Lindsay combined again with another training ground corner routine and Crooks was the beneficiary, as he looked to turn the ball home, but his effort was blocked en-route to goal by a number of Stoke defenders.

The Millers were finally rewarded for their efforts, by getting back on level terms, on the half hour mark.

The Staffordshire side were the architects of their own downfall when Bursik played a short pass to Batth, and the former Owls and Blades defender, was caught in two minds, near the touchline, and Smith, in his trademark never-say-die manner, nipped his pocket, before playing a delicious delivery into the near post and Crooks, got a run on his marker, to slide the ball home from close range.

However, Rotherham’s joy was almost short-lived when defensive hesitation paved the way for Jacob Brown to give Jordan Thompson, a glimpse of goal, but Wood led from the front, by throwing his body in the way of his goalbound shot.

In the last action of the half, Batth’s evening went from bad to worse when he was booked for an off-the-ball check on Crooks but Barlaser failed to repeat his Pride Park heroics, when he curled a free-kick harmlessly over the bar.

Following the break, Rotherham again took advantage of some sloppy defending from the visitors, by taking the lead.

Bursik again tried to play out from the back and his errant pass was intercepted by Ben Wiles, who fed Barlaser, but he was crowded out by a few retreating defenders.

However, the danger was not over and Barlaser caressed the corner – in another planned move – to the unmarked Wiles, on the edge of the box and the Rawmarsh-born youngster volleyed towards goal – and Bursik raced from his line, in an attempt to cut out the spooned effort, but Harding nodded the ball away from his path, and Smith was on-hand to head the ball into the unmarked goal.

The Stoke ‘keeper was not learning his lesson, and he was almost inexplicably caught in possession following a goal kick – and Smith and Crooks almost pounced with the goal at their mercy, before Barlaser was denied on the follow-up.

However, Stoke managed to clear their heads and they, in turn, punished the Millers for some naïve defending, by equalising matters, soon after, when Powell and Thompson exchanged passes to work the opening and the former delivered a tantalising centre which teased Blackman, and the Rotherham centre-halves, but with no-one in a position to intervene, Batth atoned for his first-half woes, by heading into the heart of the Rotherham goal.

With the game back in the balance, Michael O’Neill looked to his bench for reinforcements in the shape of seasoned internationals Steven Fletcher and Joe Allen, but it was Warne’s side, who shrugged off the setback, by regaining the lead for a second time.

A long, hopeful ball was planted into the Stoke box and a game of head tennis followed, as firstly MacDonald and then Wood kept the ball alive, and the third centre-half, Ihiekwe proved another nuisance, by swiping towards goal, and fortunately, for the Millers, the ball fell invitingly for Crooks, who struck goalwards and his effort flashed past Bursik, before finding the Stoke net via the underside of the crossbar.

Minutes later, Crooks came close to notching his hat-trick, when he slided an effort just past the post, after good work from Lindsay.

However, in a topsy-turvy encounter, Stoke came back fighting and with James McClean and Jack Clarke also introduced from the bench, the Republic of Ireland winger, in one of his first acts, worked a yard of space on Harding, to deliver a wicked centre with his trustee left-foot, and Powell anticipated his cross to nip in front of his markers to glance the ball home, giving Blackman no chance.

The game was swinging end to end, in basketball fashion, and Crooks was given the chance to stride clear, and the Millers midfielder burst into the box, but Batth came out of nowhere, to deny him at close quarters.

Crooks’ memorable evening took a few more twists, near the end, when he was firstly harshly carded for bringing down John Obi Mikel and after Batth glanced narrowly wide, sub Freddie Ladapo provided the assist for Crooks, to have another go, at claiming the match ball, but to the agony of all those with a Rotherham persuasion, he curled an effort, from just outside the box, which grazed the upright.

The final whistle brought a tremendous encounter to a close, as Rotherham, despite squandering the lead twice, will take great credit from another high-octane performance, which saw them claim a hard-earned point, in their fight for Sky Bet Championship survival. 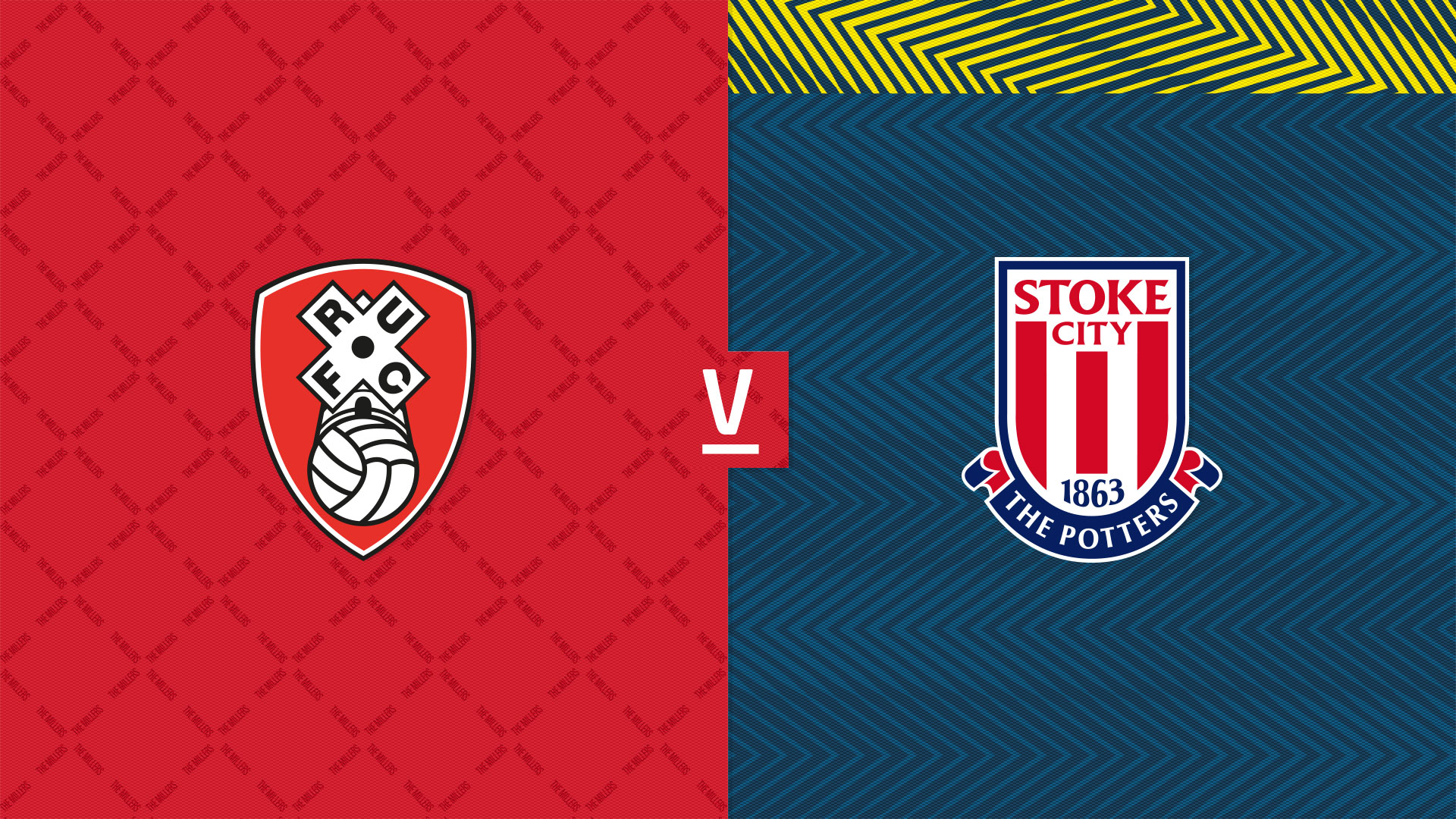 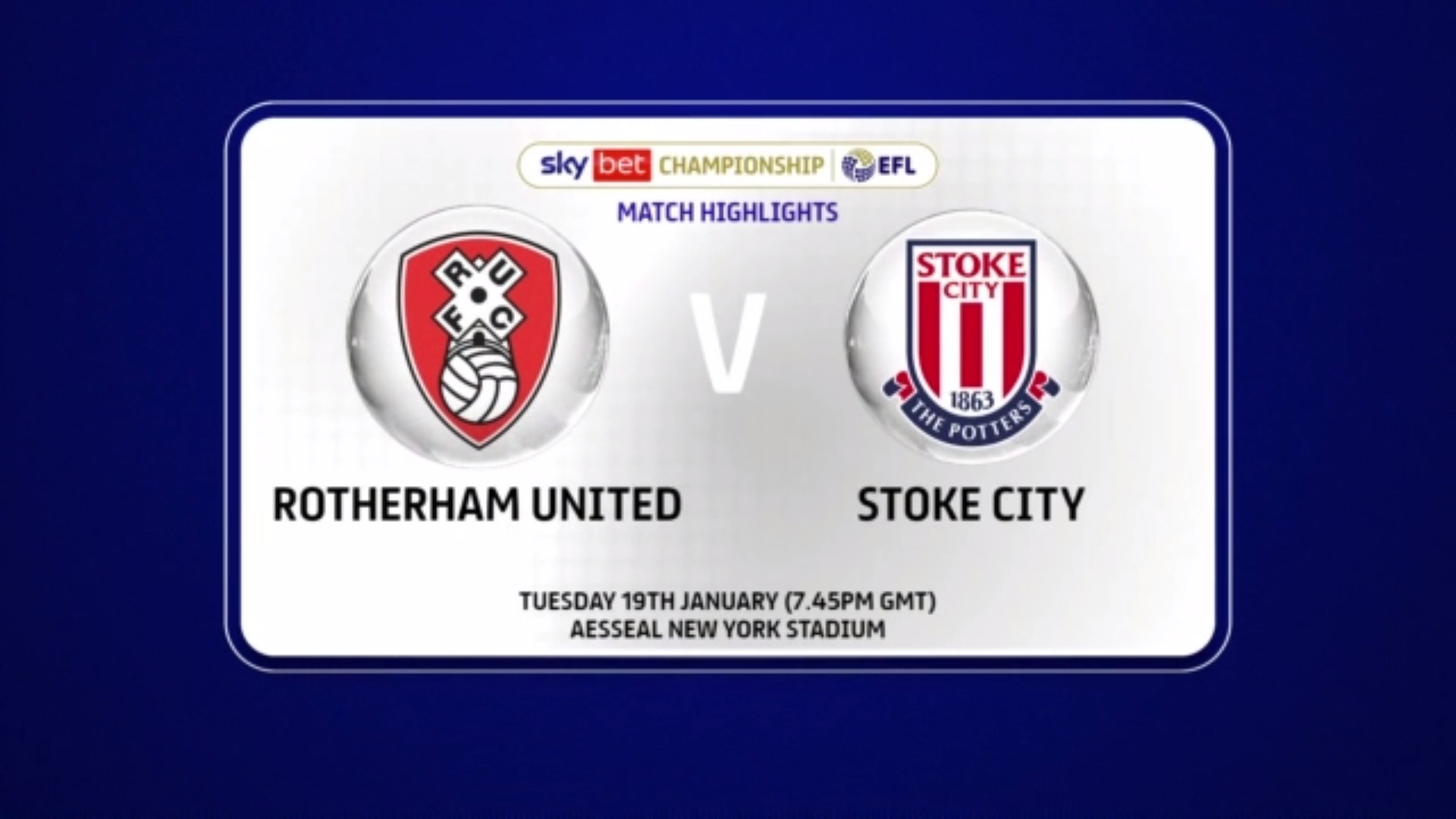 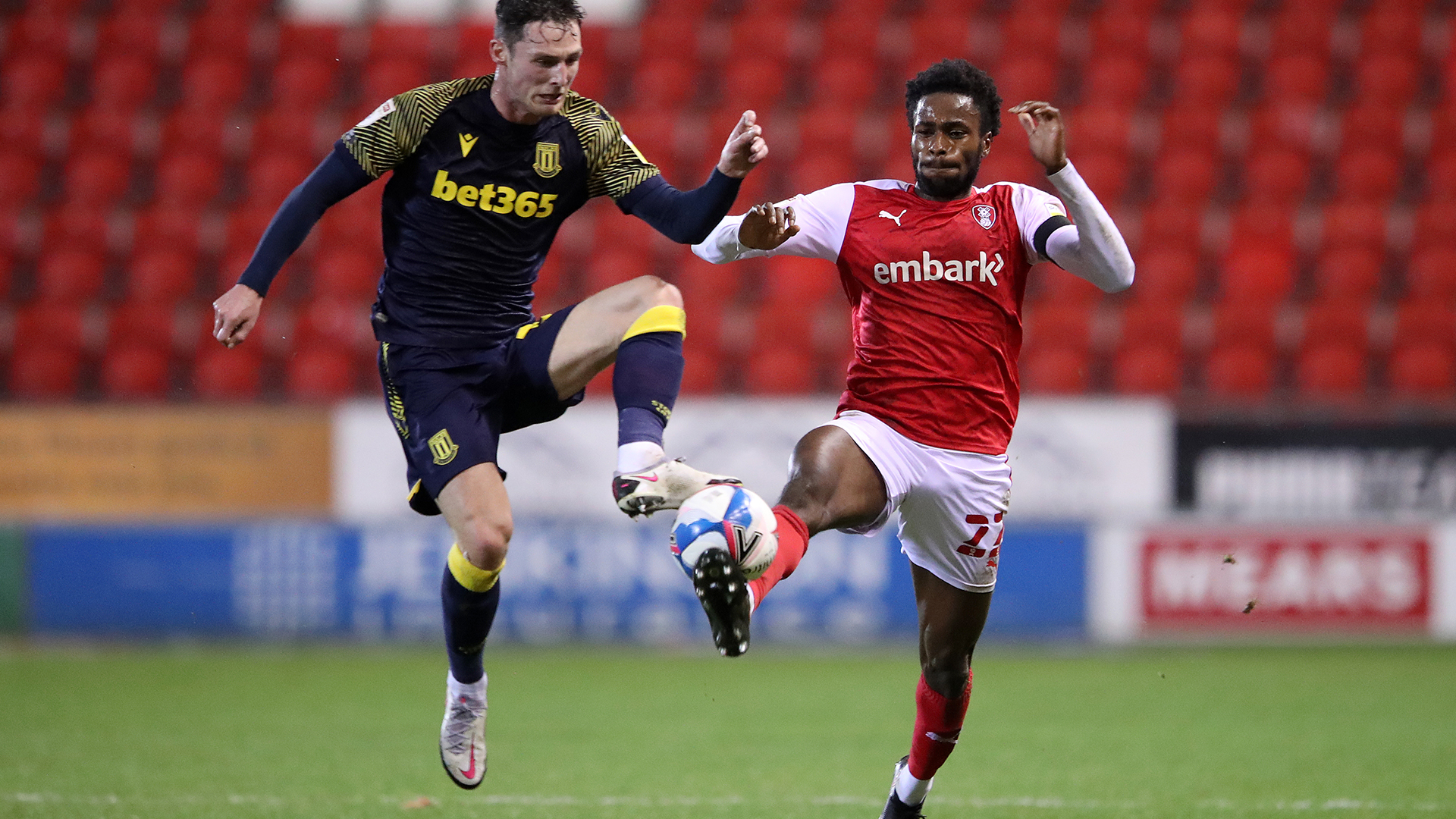