Rotherham United squandered the opportunity to climb out of the Sky Bet Championship relegation zone, as one-time Millers target Ryan Yates condemned them to a fourth straight defeat.

At a windswept AESSEAL New York Stadium, Paul Warne’s side had the better of the early exchanges but it proved a false dawn as Forest took a grip on the game, either side of the interval. Home ‘keeper Viktor Johansson produced a series of fine saves to maintain parity but he was powerless to deny Yates, who struck the decisive winner, with just over 20 minutes to go.

The Millers made a solitary change to their starting line-up, from their weekend outing at Norwich. American wing-back Matt Olosunde was recalled, at the expense of Wolves loanee Ryan Giles.

Rotherham had the first attack of note when Wes Harding’s long throw was headed back into his path by Joe Worrall, and he clipped a delicate ball into the mix, and skipper Michael Ihiekwe rose highest to head narrowly over.

Minutes later, Harding launched another bullet throw into the danger area and Brice Samba had to keep his nerve to pluck the ball from the sky, under pressure from home runners.

Just past the quarter hour, Matt Crooks and Michael Smith, who have combined superbly, in recent months, were at it again when Crooks fought hard to win possession and release Smith, who was given the chance to shoot as the visitors’ defence backed off, and he duly obliged by striking a fierce effort from distance which whistled just wide.

Following a slow start to the game, Forest were starting to grab a foothold in the clash and Worrall floated a far-post cross which was caught sweet on the volley by Filip Krovinovic, but Yates, who was in an offside position, was unable to turn the ball goalwards from close range.

The Millers then suffered a blow when Ihiekwe, in an attempt to snuff out a Forest counter led by Krovinovic, brought down the Croatian illegally, and the referee brandished a yellow-card, which was the Millers skipper’s tenth of the season. He will subsequently miss the Reading and Sheffield Wednesday encounters.

Chris Hughton’s side were turning up the heat and Cyrus Christie struck a left-footed effort which smashed into the side netting before Gaetan Bong hung up a cross which the wily Glenn Murray headed into the roof of the Millers net, but, fortunately, for the home side, the Forest striker was adjudged to have been offside.

Rotherham were struggling to recreate their early rhythm until Ben Wiles’ slide-rule pass paved the way for Lewis Wing to dig out a shot, which was straight down the throat of Samba before Smith became the next to see yellow for a cynical clip on Yates, as Forest attacked from deep, following the breakdown of a home corner.

With half-time approaching, Dan Barlaser was guilty of giving away a free-kick on the edge of the box and Anthony Knockaert, who was somewhat fortunate to escape sanction following an off-the-ball altercation with Harding, just seconds earlier, almost rubbed salt into Rotherham’s wounds with a whipped effort which was arrowing into the top corner of the goal, but Johansson came to Rotherham’s rescue with an acrobatic save.

The Swedish stopper was proving a tough nut to crack and after Crooks was penalised needlessly, early in the second half, Knockaert – with his wand of a left-foot, swung over a delicious free-kick which was met by the head of Murray, but Johansson was his equal with a superb flying save. Unbeknown to Rotherham’s in-form ‘keeper, the offside flag had already been raised.

The Millers were riding their luck and Forest switched play to great effect and Knockaert worked a yard of space on Angus MacDonald, before striking a rising effort, but once again, Johansson produced a fantastic parried save, as the ball was eventually scrambled clear.

However, Rotherham failed to heed the warning and Johansson’s resistance was finally broken, as Forest notched the winner with 22 minutes to go – although TV replays suggested the goal had a strong suspicion of offside, in the build-up.

Knockaert’s short corner paved the way for Cyrus Christie to curl a cross which was deflected high into the air and Tobias Figueiredo won an aerial duel with Harding, and the ball fell into the path of Yates, who was on the wrong side of his marker, but arguably, just offside, but nothing was given, and the Forest midfielder made no mistake to fire home, with a smart left-footed finish.

Rotherham responded positively to the setback and Wiles and Smith exchanged passes and the former drilled a low cross, which had Samba looking anxiously across goal, but sub Freddie Ladapo was inches away from turning the ball home, with a sliding effort.

Ladapo was in the thick of the action, but he was left with his head in his hands, when Ihiekwe knocked down a long punt upfield, and the Millers substitute appeared to get the ball under his spell, to threaten the Forest goal, but he swiped at fresh air – with the goal at his mercy, before Clark Robertson had a shot blocked on the follow up.

Minutes later, MacDonald and Figueiredo was both cautioned following a scuffle in the Rotherham box before sub Lyle Taylor almost sealed the deal for the visitors, when he ghosted past MacDonald, but he failed to trouble the target with his effort.

Rotherham huffed and puffed near the end – and they were almost rewarded, late on, when Forest failed to deal with a Harding long-throw and Ihiekwe's knock-on, saw Smith, beat Samba, with a close range header, but his effort struck the top of the crossbar, before falling to safety.
The moment summed up a frustrating evening for the Millers, who remain in the bottom three while Forest eased their own relegation worries with the much-needed victory.
Rotherham United 0 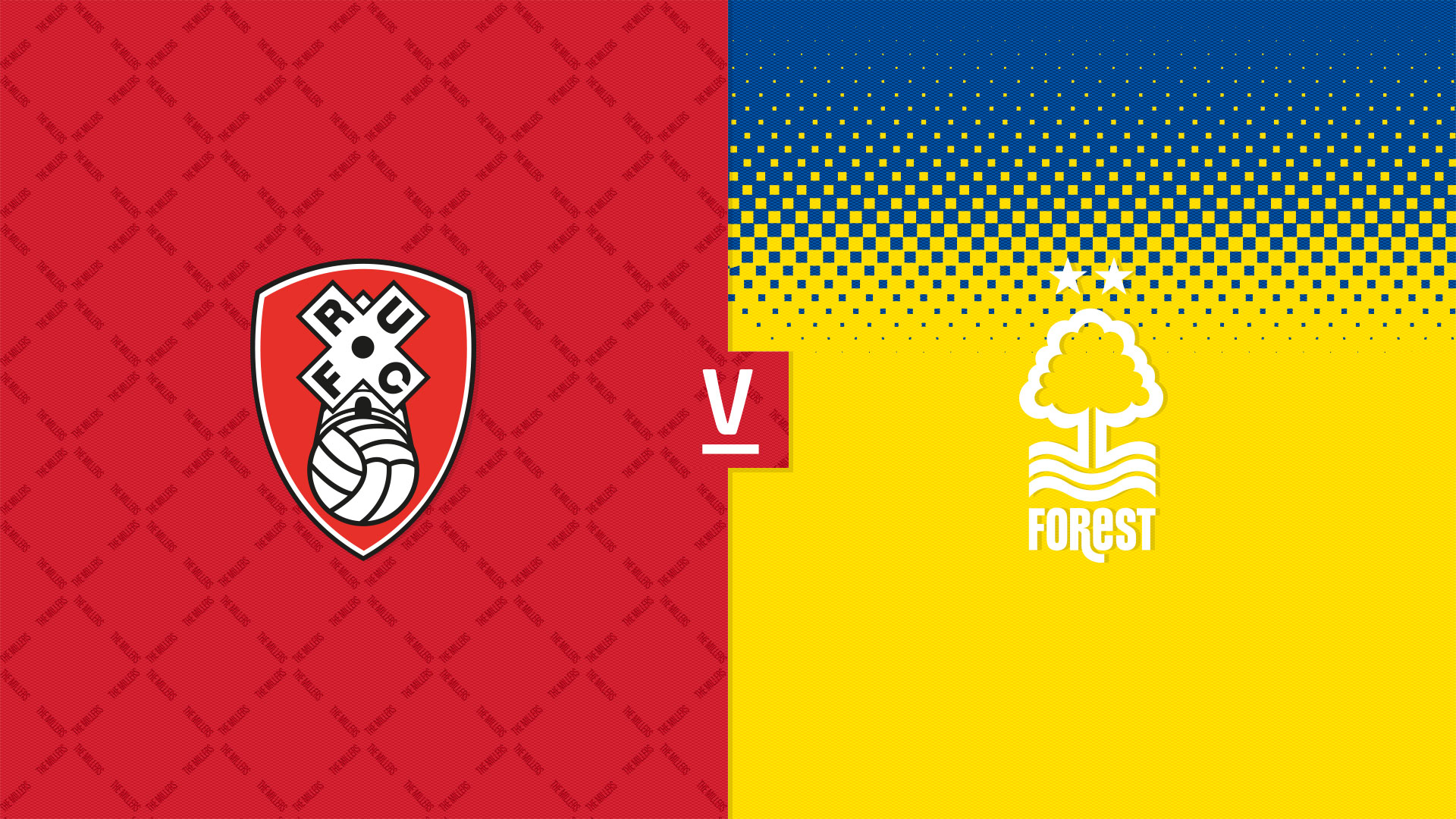 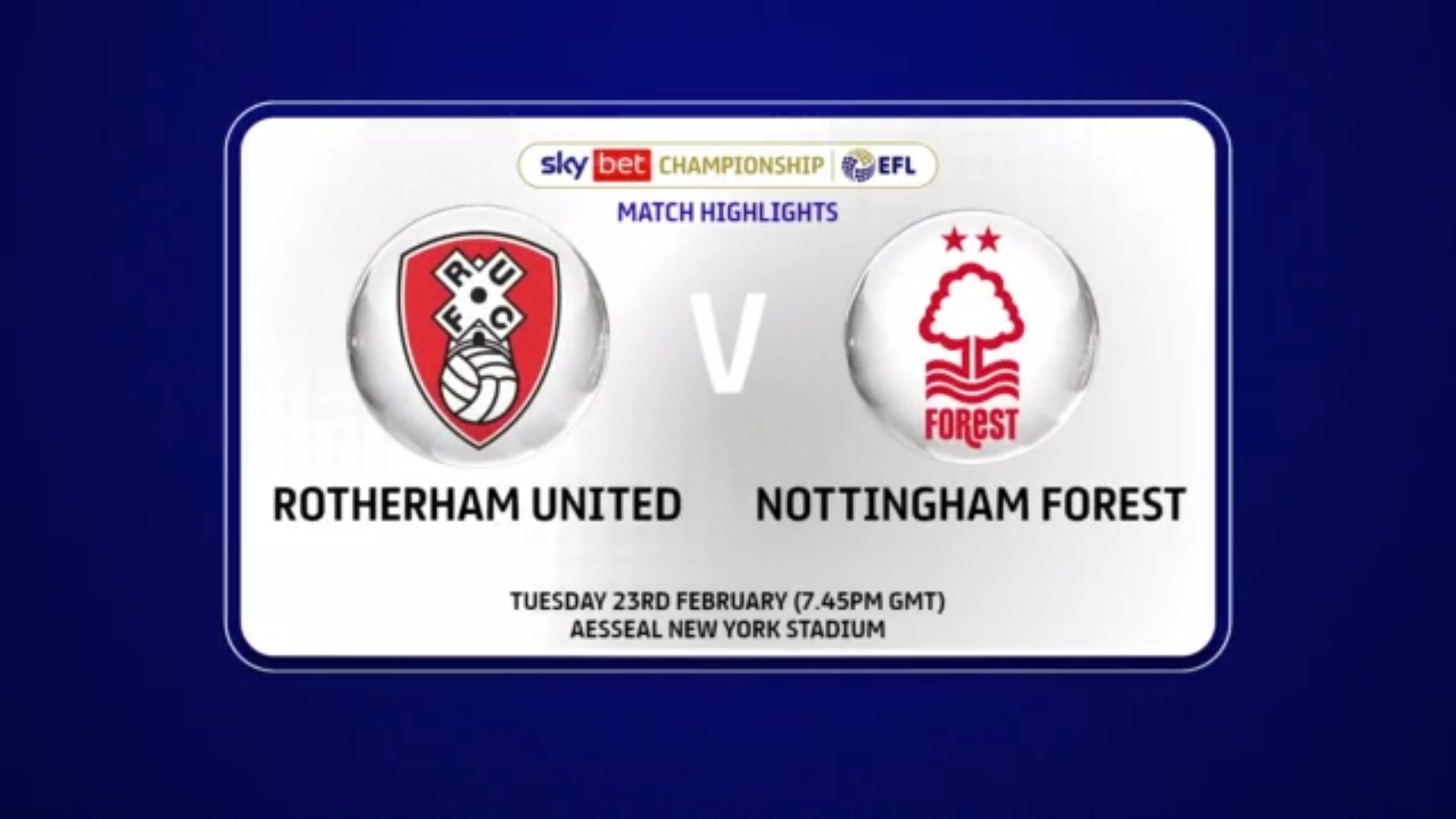 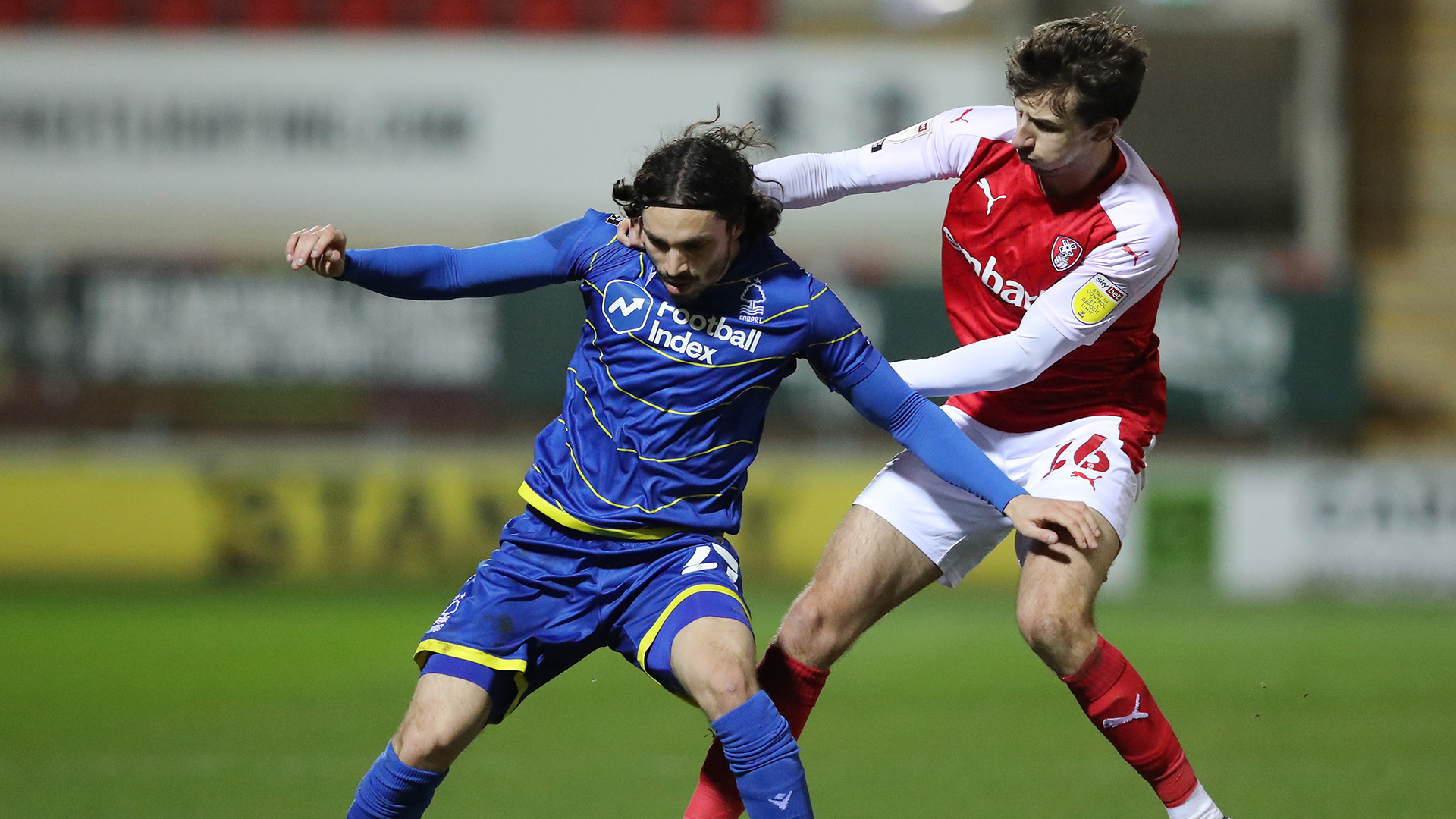