The Millers were the dominant force in the first half but they had nothing to show for their efforts as Sheyi Ojo gave the Welshmen an interval lead, against the run of play.

In a scrappy, but enthralling second 45, Matt Crooks’ seventh goal of the season looked to have given the Millers a deserved share of the spoils but it wasn’t to be as Bennett struck with three minutes to go.

Paul Warne’s side went into the AEESEAL New York Stadium clash in good heart, after four victories in their last six matches.

Club skipper Richard Wood took his place at the heart of the Rotherham rearguard, at the expense of Angus MacDonald. American wing-back Matt Olosunde and weekend goalscorer Ben Wiles were named in the home engine room. Scottish midfielder Jamie Lindsay was absent, due to a hamstring injury, sustained in the last outing.

In the attacking berths, the in-form Michael Smith and Crooks were recalled while Kieran Sadlier was among the Rotherham replacements, following a long-standing ankle injury.

Cardiff started in a positive vein and former Millers favourite Will Vaulks launched the first of a series of bullet throws before Bennett swung an inviting centre into the box, but both moments were defended stoutly by the home side.

In Rotherham’s first attack of note, Clark Robertson’s threaded pass presented Wiles with the chance to work a shooting position in the box, but his snap shot was blocked by a retreating defender.

Minutes later, Dan Barlaser clipped a ball forward and with Wood causing havoc, Smith latched onto the pieces to advance towards goal, but he was crowded out, before he could get his shot away.

Just past the quarter hour, Perry Ng stung the palms of Viktor Johansson with an instinctive effort following another Vaulks long-throw before Olosunde provided the assist with an inside pass, at the other end, and Smith, who was brimming with confidence, got the ball from under his feet, to fire an effort which took a small deflection, as it whistled narrowly wide.

Minutes later, Crooks and Smith, a menace in recent weeks, once again, combined to great effect when the former’s slide-rule pass paved the way for Smith, to work a yard of space on Curtis Nelson, before drilling another low effort which forced Dillon Phillips into a parried save, as the ball was scrambled clear.

Phillips was called into action from the resultant corner from Wing, as he punched the ball clear, from just underneath his own crossbar, before Johansson launched a Rotherham attack with a quick throw and Wiles latched onto Crooks’ pass to clip a delicate centre which was met by Olosunde on the volley, but he failed to make a clean connection before Wing miscued his shot, from the edge of the box.

There was a moment of controversy when Wing floated a centre and Nelson clumsily went through the back of Smith, just inside the box, but, bizarrely no further action was taken.

The Millers were looking the most likely scorers and Wing was again the architect with a tantalising centre which saw Smith rise highest to power a header, from point-blank range, but Phillips was his equal with a superb, fingertip save before Michael Ihiekwe fired into the side netting, moments later.

Against the run of play, the Millers were indebted to Johansson for preserving parity, when Kieffer Moore, an ex-Rotherham loanee, struck a low effort which the Swedish stopper did well to keep out with a strong hand.

However, Warne’s side failed to heed the warning, as Cardiff opened the scoring, amazingly from the breakdown of a Rotherham offensive.

The Millers were guilty of a misplaced pass in the final third and the Welsh side turned defence into attack in the blink of an eye and Harry Wilson spotted an opening with a forward pass and with the home side short of defensive cover, Ojo was able to time his run from his own half to race clear and with Barlaser in a hopeless pursuit, the Cardiff attacker darted towards goal and with Johansson exposed as last man, he calmly stroked the ball past him to find the corner of the home goal.

In a frustrating half for the Millers, Warne’s side had further appeals for a spot-kick when Wood appeared to be bundled over in the box, but Ihiekwe was penalised, in another incident, that left most of those with a Rotherham persuasion scratching their heads.

Despite the Millers’ first half superiority, Cardiff came close to taking a firm grip on the game, just minutes into the second period, when Wilson tried his luck from the edge of the box and the ball ricocheted into the path of visiting skipper, Sean Morrison, who was in acres of space, and looked a likely scorer, but Johansson produced a top drawer save, to tip his rising effort over, despite falling off-balance.

The home side were struggling to recreate their first-half momentum and both sides were guilty of an aerial assault, in a scrappy period of play, before Vaulks and Moore, almost came back to haunt their former club, when the latter rose majestically to meet the former’s centre, but fortunately, for the Millers, Moore’s close-range header was straight down the throat of Johansson.

However, Rotherham got themselves back on level terms, just after the hour mark, thanks to the deadly duo, Smith and Crooks.

Wing started off the move by playing an incisive pass to the right flank and Smith delivered a superb, low cross which took a number of Cardiff players and Phillips out of the equation and Crooks, who had nipped in between two defenders, had the simple task of tapping home from close range.

However, Rotherham’s joy was almost short-lived when Phillips launched a long punt upfield and sub Josh Murphy got the better of a tussle with Wood, before hooking over when he really should have done better.

The Welsh side then embarked on a period of pressure which tested the resolve of the Millers, owing to a succession of Vaulks’ long throws and corners from Wilson – with one of those having to be cleared from his own line, by a well-stationed Crooks.

In worsening snowy conditions, the game looked to be heading to a draw but the game had another, but cruel twist for the Millers – with three minutes to go - when Murphy showed fleet of foot to deliver a delicious cross and Bennett, almost sneaked in unnoticed, at the far post, to meet his cross and smartly head past Johansson, who had no chance in the home goal.
The Millers had a late rally when Vaulks appeared to block a cross, with his arm, but nothing was given before Wing blasted over with the last kick of the game. 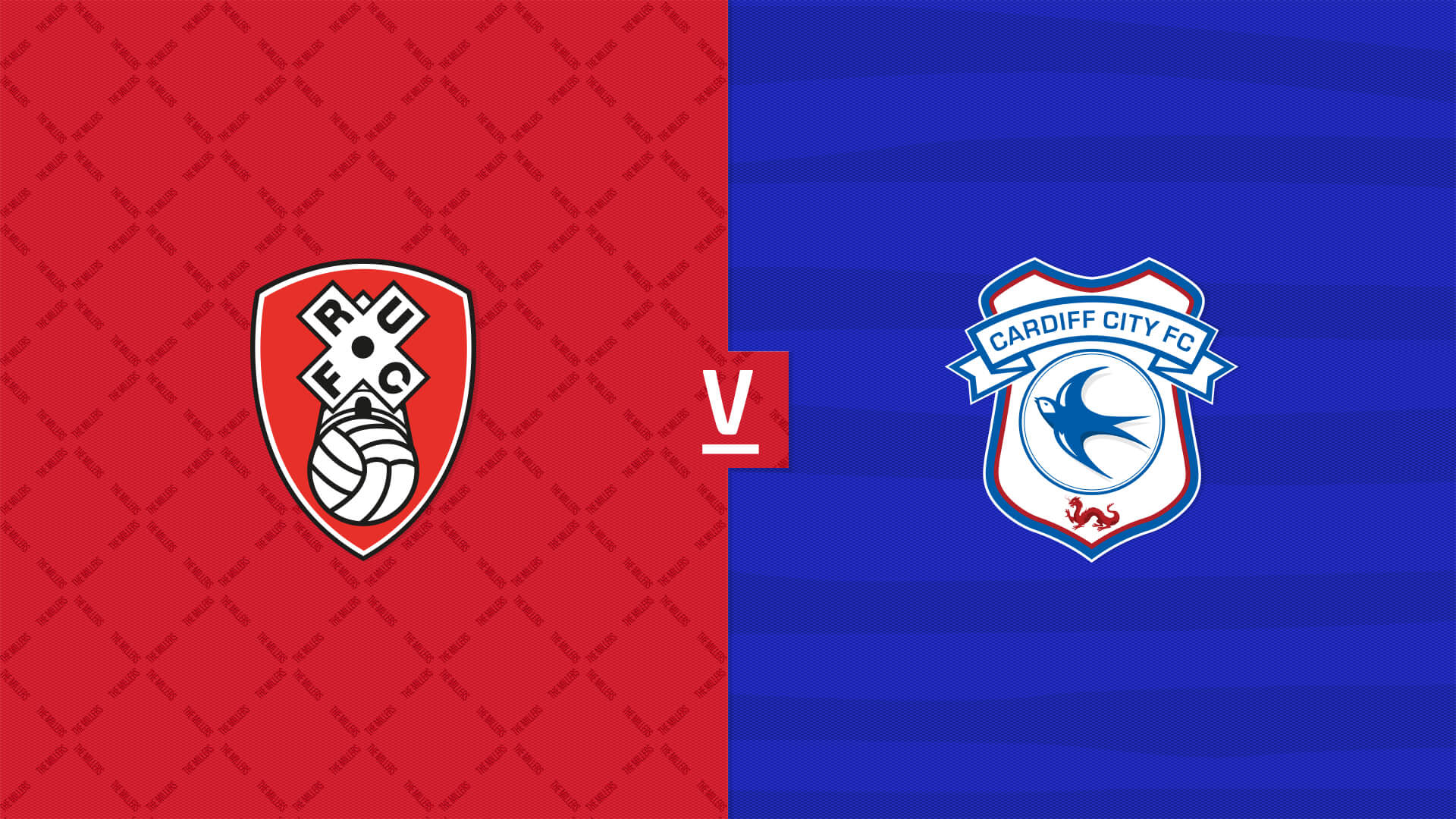 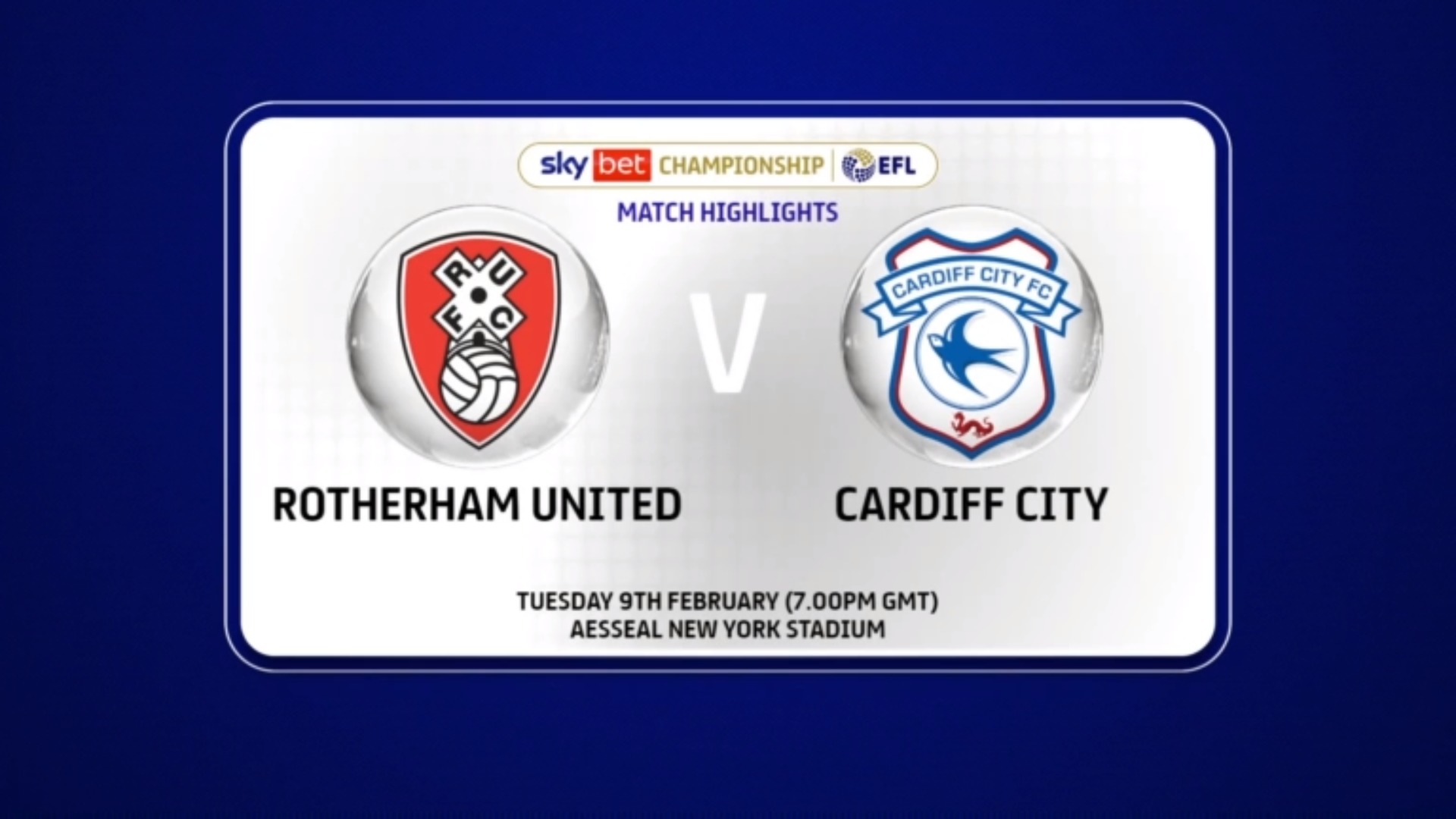 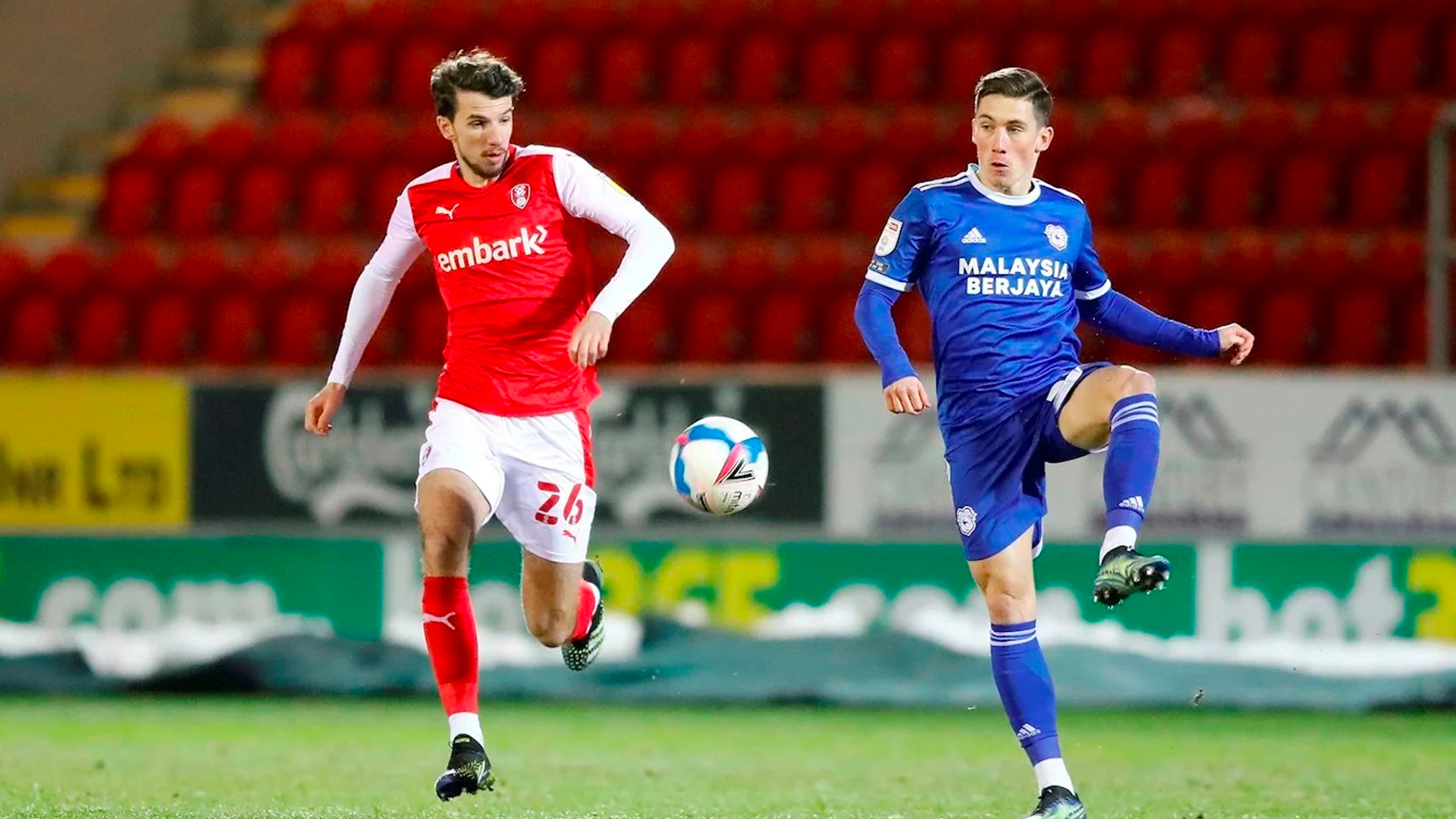