Rotherham United produced one of the results of their Sky Bet Championship campaign so far, by claiming the eye-catching scalp of play-off chasing Bristol City.

Paul Warne’s side ripped up the form book and bucked the recent trend of being slow starters, by being quick out of the blocks at the AESSEAL New York Stadium and Matt Crooks’ third goal of the season put them ahead, early on, before Michael Smith doubled their advantage with a smart finish from Matt Olosunde’s cross.

The Millers came close to adding a third goal in the second half, and although it wasn’t to be, they withstood the best that the visitors could throw at them, to record a much-needed victory and their first in seven games.

Following away reversals at the hands of Coventry City and Watford, Warne made changes to his defensive ranks for the visit of the Robins.

Swedish stopper Viktor Johansson was handed just his second start in Rotherham colours, following a match winning debut against Preston. Club skipper Richard Wood was given the task of adding some steel to the Millers defence and Olosunde replaced Billy Jones, in one of the wing-back roles.

There were a couple of ex-Millers, in the City line-up, in the shape of Zak Vyner and Jack Hunt, who both had spells at the club on loan.

Following slow starts at both St Andrew’s and Vicarage Road, the boot was on the other foot, this time around, when Rotherham raced into an early lead – with their first attack of note.

Jamie Lindsay showed his usual tenacity to chase a lost cause and after Robins skipper Tomas Kalas brought him down in an inviting position, the Millers exacted retribution from the resultant free-kick when Dan Barlaser swung a delicious centre into the danger area and Crooks got on the wrong side of the visitors defence, to meet his cross and head powerfully into the roof of the net giving Daniel Bentley no chance.

Minutes later, Millers ‘keeper Johansson was called into action for the first time to parry Nahki Wells’ free-kick to safety after Chris Martin was felled by Michael Ihiekwe before Tommy Rowe deservedly saw yellow for halting Olosunde in full flow.

Just before the quarter hour, City failed to clear the danger and Ihiekwe put a first-time cross into the box and the ball fell invitingly for the on-rushing Ben Wiles, on the opposite flank, and the Rawmarsh-born youngster fired over from the edge of the box.

In an eventful few minutes, Tyreeq Bakinson screwed a snap effort harmlessly wide of the Millers goal, before Michael Smith threatened at the other end, when he got the ball out of his feet, on the edge of the box, to shoot towards goal but Bentley was his equal with a fine save.

Barlaser showed that his passing radar was in fine working order – when he delivered another tantalising centre from the flank and Smith was the grateful recipient, when he nodded narrowly over before Olosunde was the next to call Bentley into action, with a low shot through a ruck of bodies, but the City ‘keeper kept out his effort before Crooks was denied on the follow-up, although a flag had been raised.

Moments later, Lindsay was retrospectively cautioned for a late clip on Callum O’Dowda, after a City attack broke down, before Kyle Vassell found Row Z with a wayward effort, following good build-up play from the hosts.

The Millers had a couple of scares, either side of the half-hour, when Johansson made a hash of a kicked clearance and Antoine Semenyo picked up the pieces to flash a left-footed effort across the home goal before Hunt curled over a cross from the touchline which Johansson juggled on his own line, as Martin fired home from close range – but the Millers breathed a huge sigh of relief when the assistant referee adjudged that Hunt’s centre had gone out of play.

There was a moment of controversy when Vassell’s threaded ball into the box saw Olosunde race into the box, before having his foot taken away from Rowe, who was already on a yellow-card, but the referee waved away vehement home appeals for a spot-kick, to the amazement of the Millers coaching staff.

However, the Millers didn’t let their heads drop and Ihiekwe had a point-blank header blocked en-route to goal following another pinpoint delivery from Barlaser before Crooks fired a stinging drive, from the edge of the box, which whistled narrowly over the Robins bar.

Warne’s side were pushing strongly for a second, and Barlaser caressed another cross into the box which was agonisingly just inches away from the attentions of Smith, who had the goal at his mercy.

Minutes later, Wiles fought strongly to win possession and Vassell’s ball paved the way for Lindsay, to fire a low effort which brought a fine save from Bentley while Vassell was close to turning home the rebound.

However, Rotherham continued to knock on the door and they finally broke City resistance, by doubling their lead, just shy of the break.

There looked little danger for the visitors until Olosunde put in a fantastic ball from the right touchline and Smith showed his strength, by holding off the attentions of his marker, before steering the ball past Bentley, from just inside the six-yard box.

The confidence was flowing through the Rotherham veins and Olosunde’s throw was deftly flicked by Crooks and Lindsay shot narrowly wide, in the last act of the half.

It was a miserable Rotherham return for both Hunt and Vyner, who were replaced at the break, but despite the City changes, it was the Millers, who continued to look the most likely and Olosunde led a cavalry charge with a run from deep inside his own half but Crooks squandered the opportunity when he spooned an effort into the grateful hands of Bentley.

Just before the hour mark, Lindsay put in an inviting cross which narrowly evaded Wiles, at the back post before Vassell’s timely pass saw Wiles turn creator, with a marauding run and cross, which agonisingly was out of the path of Rotherham runners.

The Millers were showing good game-management but they were indebted to Johansson for preserving their two-goal lead when City attacked with menace and the ball fortuitously flicked the back of Wells foot to find sub Famara Diedhiou, who took aim, by firing low, but the Rotherham ‘keeper showed good reflexes to turn the ball away from goal with his legs.

Minutes later, Johansson took the heat of the Rotherham defence with a commanding claim from sub Chris Brunt’s free-kick before Freddie Ladapo made an immediate impression from the bench, when he twice had shots which were deflected over.

The Millers came close to a third goal when firstly Barlaser put another wicked ball into the business area and Ihiekwe emerged from the masse of bodies, at the far post, to meet his cross, but his point-blank header dribbled wide, before Smith turned smartly before curling a low effort which stung the palms of Bentley.

Warne’s side almost put gloss on a polished performance, near the end, when firstly Lindsay’s superb cross was deflected into the path of Wiles, who volleyed into the side netting from tight angle before Barlaser almost crowned a fantastic individual display – with a bullet of a free-kick, from just outside the box, but Bentley bravely stood up tall, to parry it over from underneath his own crossbar. 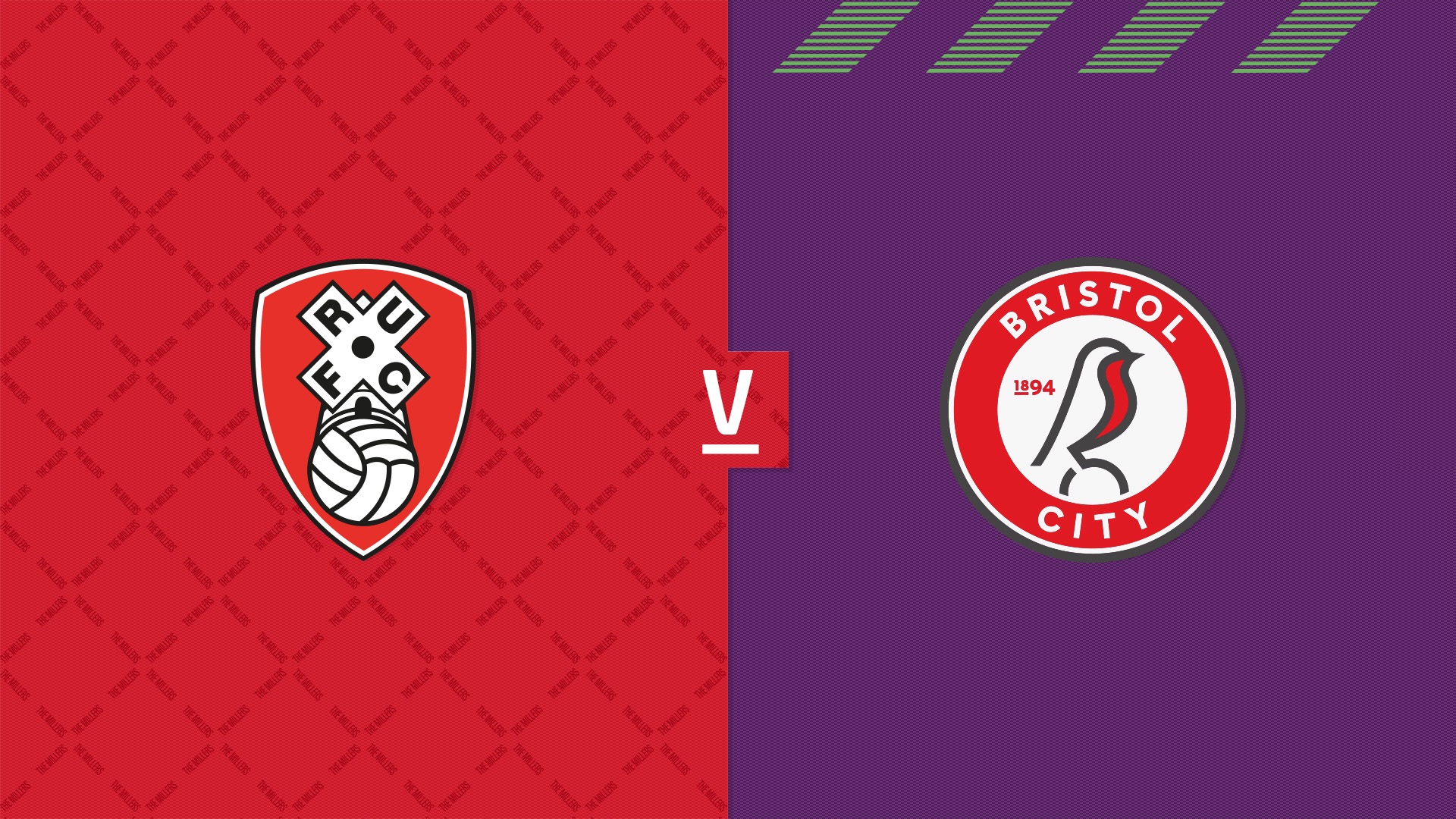 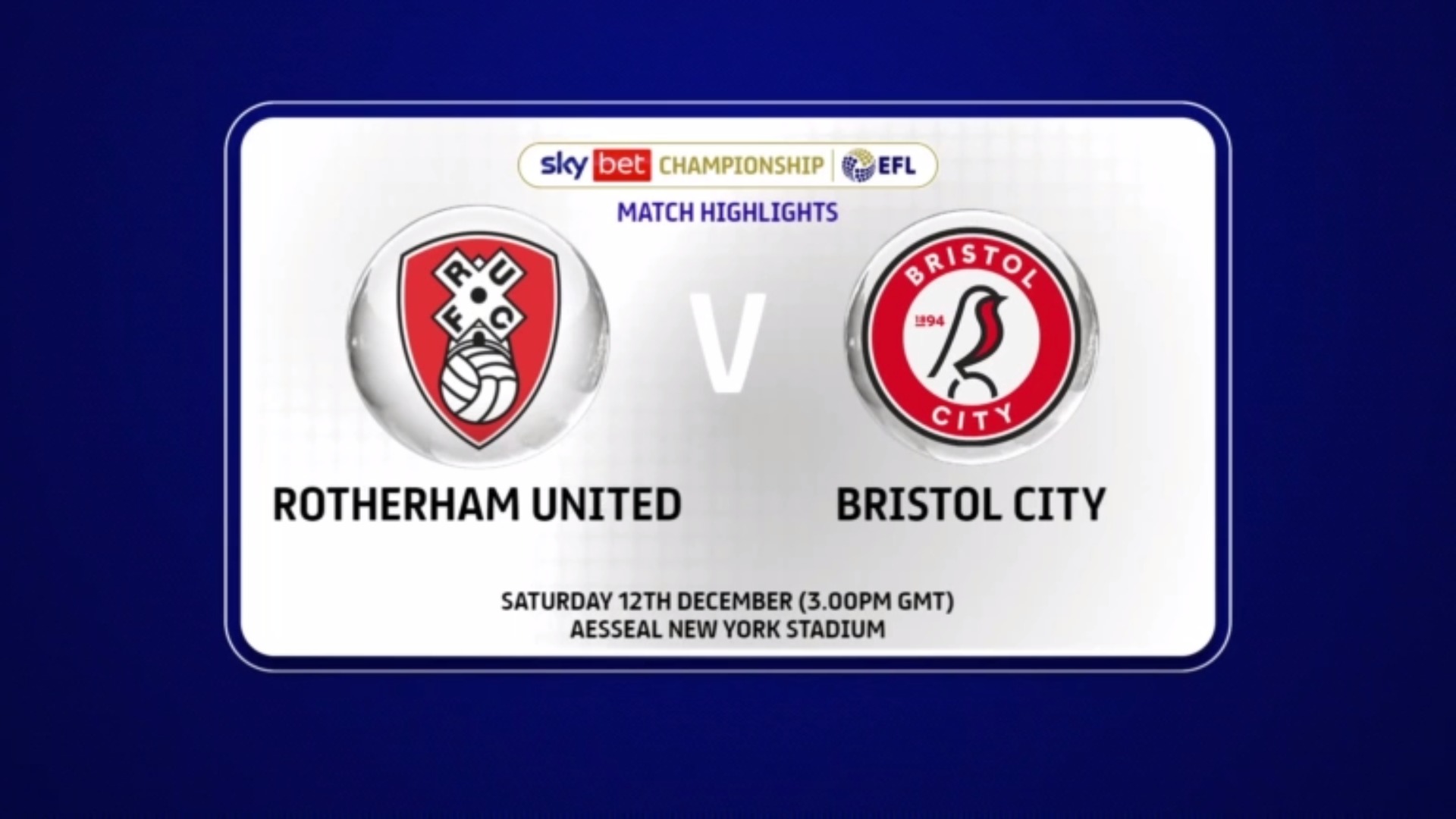 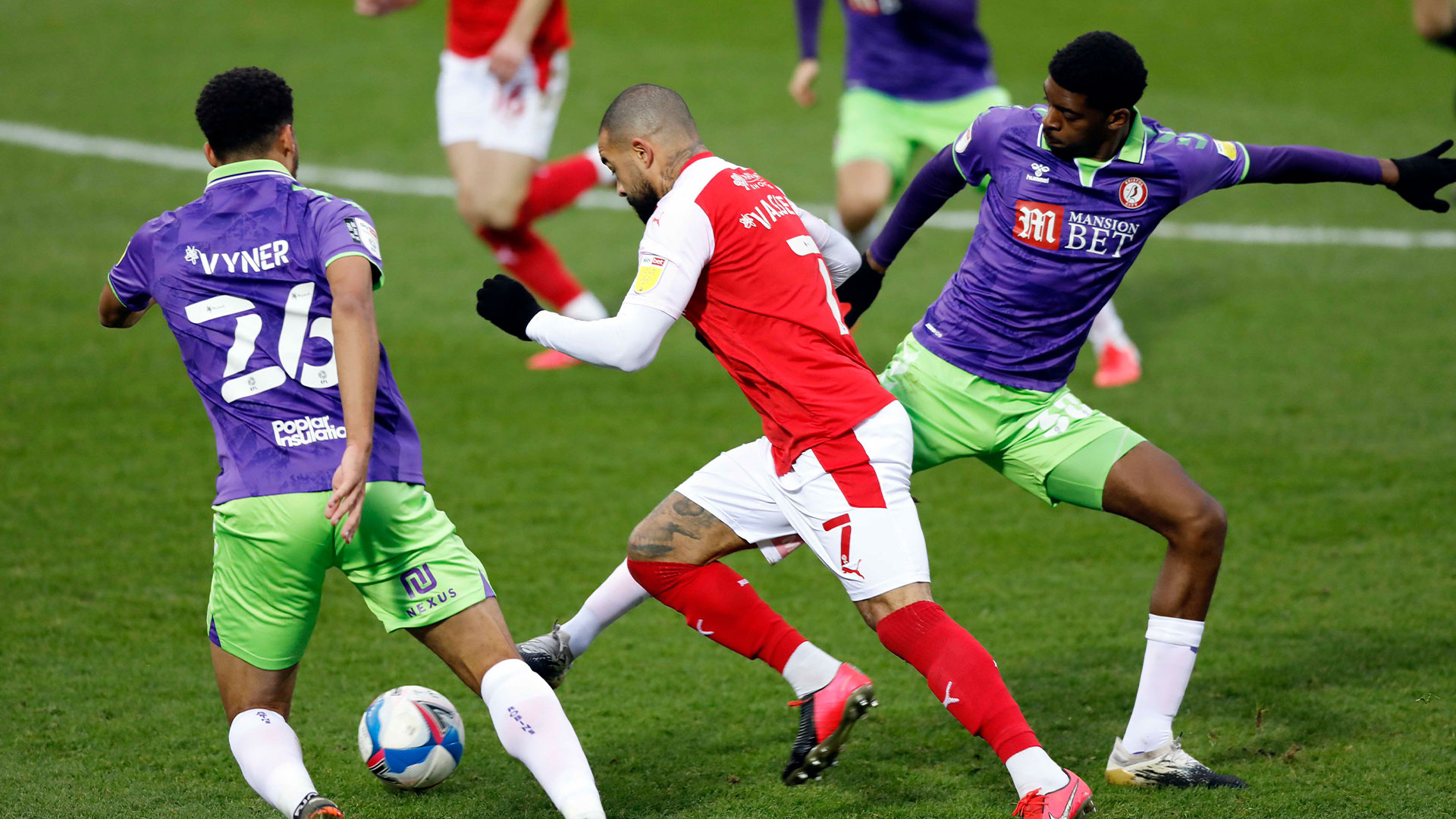