Despite a keenly-contested first period at the AESSEAL New York Stadium, Brentford showed their Sky Bet Championship promotion credentials by clinically putting the Millers to the sword – with two second half strikes.

In front of the Sky cameras, Paul Warne’s side gave as good as they got in a hard-fought opening 45, but the West Londoners soon took charge of the game, as they returned to the capital with maximum points thanks to Marcus Forss’ well-taken strike and Ivan Toney’s spot kick.

The Millers misery were compounded as they finished the game with ten men when second-half substitute Mickel Miller was sent for an early bath, for his part in the penalty, which led to the Bees’ second goal.

Following their entertaining draw with AFC Bournemouth at the weekend, Warne made a solitary change to his starting line-up for the visit of the Bees.

Ever-present Michael Ihiekwe was absent after picking up his fifth caution of the season against the Cherries. However, Richard Wood shrugged off a hamstring injury to take his place at the heart of the Millers rearguard and take the skipper’s armband in the process.

Warne kept faith with the 3-5-2 formation which worked so effectively at the weekend with Joe Mattock and Matt Olosunde retaining their wing back roles while two-goal hero Freddie Ladapo led the Rotherham line alongside Michael Smith.

In an entertaining opening to the game, Thomas Frank’s side threatened first when Ethan Pinnock rose at the far post to meet Mathias Jensen’s corner but Jamal Blackman was well-stationed to snuff out the danger at his near post before Matt Crooks swung a harmless looking cross into the box which fell kindly for Ladapo, who looked set to fire goalwards, but the Millers striker failed to make a clean connection with the goal at his mercy, although the offside flag spared his blushes.

Minutes later, Bees skipper Pontus Jansson had to be on his toes to cut out Angus MacDonald’s dangerous cross before Pinnock squandered a great chance at the other end when he latched onto Bryan Mbeumo’s free-kick, but he blazed his unchallenged header into the stand behind the goal when he should have done better.

The Londoners were intent on playing out from the back with the Millers looking to press high up the pitch and it almost proved their downfall when Jamie Lindsay pounced on an errant pass to race clear before being felled by Jansson, who was fortunate to escape further sanction.

From the resultant free-kick, Mattock hung a centre into the danger area and the ball was only half-cleared by the Bees and Lindsay took aim from the edge of the box, but his snap shot was deflected behind by a retreating defender.

Just past the quarter hour, Mbeumo blasted over following a sweeping Bees move before Crooks deservedly became the first to see yellow for hauling down Forss in full flow, by effectively ‘taking one for the team’.

The home side had faint appeals for a spot kick when Henry appeared to clip the heels of Olosunde in the box, but the protests were waved away before MacDonald headed over following Lindsay’s towering centre, in the next phase of play.

Minutes later, Lindsay was at his tenacious best to win a duel with Vitaly Janelt and Ladapo was almost the grateful recipient, as he burst into the box, but he was crowded out before he could threaten the visitors’ goal.

Lindsay then showed his defensive instincts to divert Josh Dasilva’s cross to safety before Rotherham were caught napping from Jensen’s training ground corner but Janelt failed to make it count when he curled a left-footed effort well wide of the target, from the edge of the box.

The Millers were more than holding their own against their highly-fancied opponents and Smith flashed a dangerous centre across the box following Dasilva’s error before Lindsay picked the pocket of Janelt and this paved the way for Crooks to advance into the Brentford area before striking a fierce effort which stung the palms of David Raya, who parried the ball away from goal.

In the last noteworthy action of the half, Smith forced Raya into a smart, reflex save to his left, although the whistle had long gone, following Mattock’s up-and-under into the box.

The Millers were quick out of the traps at the start of the second half but it was Brentford, who had the first sight of goal when Mbeumo launched a Bees cavalry charge and Forss had a glimpse of goal, but his well-struck effort was smartly saved by Blackman.

At the other end, Lindsay latched onto a weak Brentford clearance to dribble an effort from distance which was straight down the throat of Raya.

Despite Rotherham’s in-your-face approach, Frank’s side, to their credit, were sticking to their footballing philosophy, by bravely playing through the middle of the park and Forss had a shot blocked by Harding following good work before the West Londoners made the all-important breakthrough, just before the hour mark, when Tariqe Fosu delivered a high cross which Toney carefully guided into the path of Forss, who made no mistake, by drilling a low shot, which evaded the attentions of Blackman to find the Rotherham goal.

The Millers were temporarily rattled by the setback and Fosu drilled a cross-cum-shot which had Blackman at full stretch, as he palmed the ball away before Smith nodded harmlessly wide from Mattock’s corner.

With Warne’s side struggling to lay a glove on the Bees, Miller and Florian Jozefzoon were introduced with twenty minutes remaining, in an attempt to add speed and guile to the Millers attacking play, but Miller’s first involvement was to be cautioned for a foul on Mbeumo before MacDonald joined him in the book for bringing down Toney.

With George Hirst and Kyle Vassell brought on in a last throw of the dice for the Millers, Brentford sealed the deal, with eight minutes to go, when Toney launched a quick counter-attack and with the Millers short of numbers, sub Sergi Canos raced into the box – with just Blackman to beat, and Miller, in a desperate attempt to make a last-ditch intervention, went into the back of the Spanish midfielder to bundle him over – and the referee pointed to the spot, while brandishing a second yellow card to Miller.

From the resultant penalty, Toney maintained his rich vein of form in front of goal, by calmly stroking the ball into the far corner of the net from 12 yards, giving Blackman no chance.

Despite their numerical disadvantage, Rotherham fought gamely in the dying stages of the game but the result was never in doubt, as Brentford eased to victory in the end. 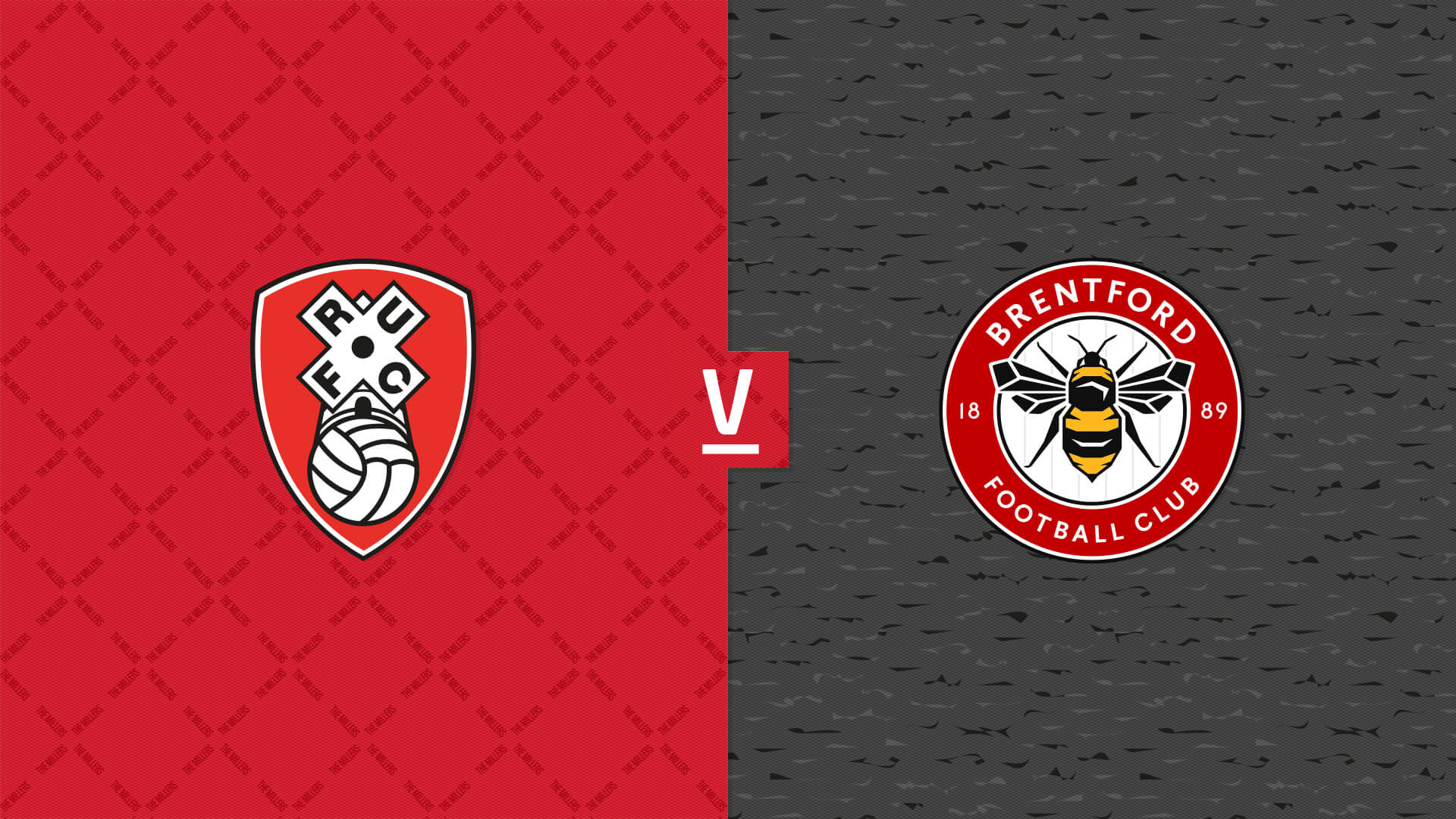 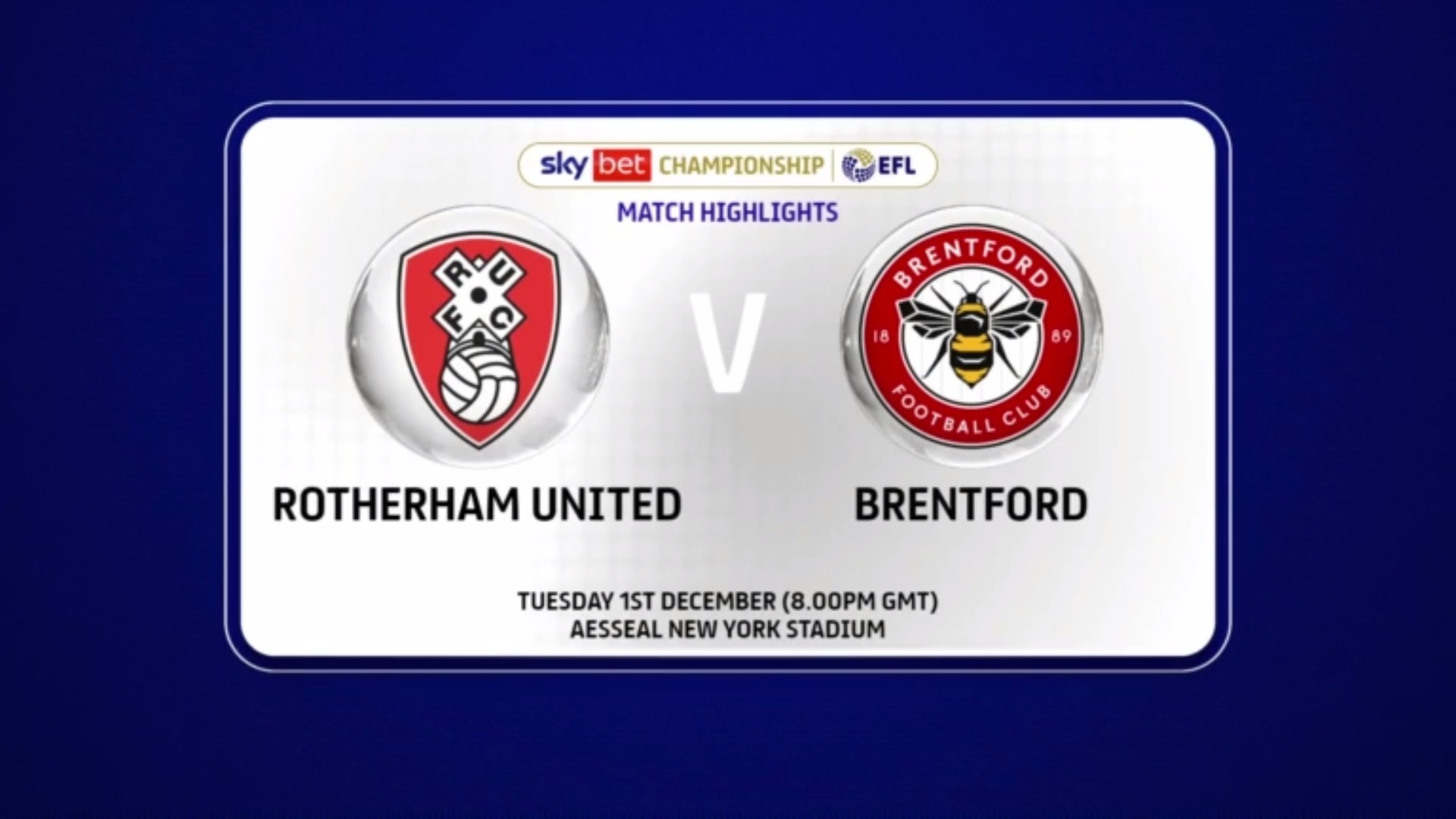 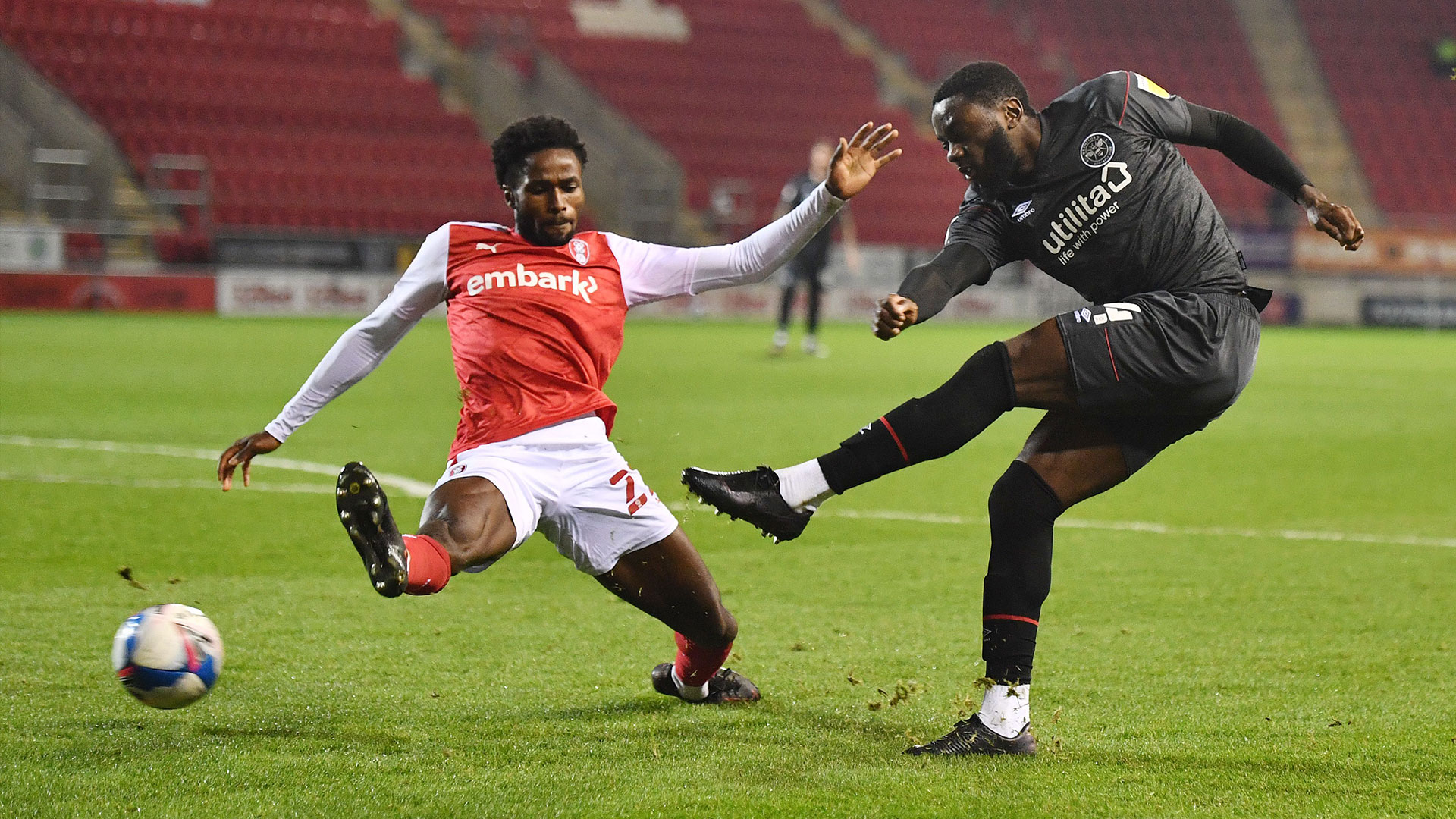