Rotherham United’s away-day blues continued as Coventry City inflicted their fifth straight Sky Bet Championship defeat on the road – with the Millers failing to recover from a nightmare opening at the St Andrew’s Stadium.

Despite there being just over ten minutes on the clock, Paul Warne’s side found themselves two goals in arrears, as Max Biamou and Tyler Walker struck early for the Sky Blues and the Millers failed to clear their heads as they failed to register a shot on target, in a lacklustre first-half display.

The Millers made a better fist of it in the second period, but the result was never in doubt, as Leo Ostigard added a third, near the end, before Dan Barlaser notched a late penalty.

However, it was scant consolation for Rotherham, who are now winless in five matches.

For the trip to England’s second city, Warne made a solitary change to his starting line-up, but kept faith with the 3-5-2 formation, which was largely effective, during their recent home games with AFC Bournemouth and Brentford.

Following his one game ban, centre-half Michael Ihiekwe returned to the Millers defence. Wes Harding reverted to a right-wing back role on his old stomping ground while Matt Olosunde had to settle for a substitutes berth. Mickel Miller was not involved, due to his sending off against the Bees.

Coventry began the game, one place and one point above Warne’s side, and there were a couple of familiar faces in their ranks. Ex-Rotherham player and manager Mark Robins took his place in the home dugout while former favourite Lee Camp was named as the back-up ‘keeper.

Ironically, the Millers settled into the affair the better, but their early work was undone as early as the fifth minute when Coventry took the lead with their first foray into Rotherham territory.

A ball from the right flank was aimed at Walker, who had Richard Wood for company, but the Sky Blues striker cushioned the ball superbly with his chest into the advancing run of Biamou, who raced into the box, and despite Jamal Blackman advancing from goal, the Frenchman kept his nerve to stroke the ball past the visiting ‘keeper to find the heart of the Millers net.

Moments later, Biamou took advantage of some more sloppy defending from the Millers to curl a low effort from just outside the box, but Blackman smothered his effort with a sprawled save but Rotherham found themselves with a mountain to climb, as Coventry doubled their lead on 12 minutes.

Jamie Lindsay was guilty of giving a needless free-kick away and Coventry punished them from the resultant free-kick when a ball was arrowed into the box and with neither Wood and Angus MacDonald taking charge of the situation, Biamou scuffed the ball into the path of Callum O’Hare, who took aim from the edge of the box, and although Blackman managed to get a hand to his goalbound effort, the ball struck the inside of the post before ricocheting across the face of goal, where Walker was on-hand to fire the ball into the roof of the visitors’ net with a calm, left-footed finish.

The Millers were clearly unnerved by the double setback and their early frustration was summed up when Mattock became the first to see yellow for a clumsy foul on Fankaty Dabo before Ihiekwe and MacDonald headed over the Coventry bar, in a matter of minutes, both from Mattock set-pieces.

Warne’s side were arguably being the architects of their own downfall and following the concession of another cheap free-kick, Sam McCallum put in a teasing delivery which whizzed across the Rotherham goalmouth, narrowly evading a number of home runners.

Despite being second best in the early stages of the game, Rotherham were almost gifted an undeserved lifeline when home ‘keeper Ben Wilson spilled Mattock’s cross – with Michael Smith lurking for a tap-in, but fortuitously, the ball was bundled back into his path by a retreating defender, and he gathered at the second attempt.

In a half to forget for the Millers, Warne’s side were then indebted to Blackman, for keeping them in the game with two fine saves, in the last quarter hour.

Firstly, Liam Kelly and O’Hare hounded Ben Wiles in possession, and the Sky Blues skipper advanced forward before playing a dangerous cross into the box and Biamou, despite having his back to goal, acrobatically volleyed the ball towards goal, but the Chelsea loanee stuck out a timely leg to divert the ball onto the post, before it fell to safety.

The Millers stopper was called into action, once again, when McCallum launched a long-ball forward and Biamou won the aerial duel with Wood to put Walker clear, and despite looking likely to slot home a third, Blackman showed good reflexes to divert his goalbound shot away from goal.

Rotherham’s first-half misery was compounded when Mattock twisted awkwardly, near the touchline, in the dying seconds of the half – and the full-back did not re-appear for the second 45.

Despite Olosunde and Barlaser being introduced at the interval, Coventry continued to boss affairs and Gustavo Hamer fired a free-kick over from distance before Blackman was forced to punch clear another Hamer set-piece.

Olosunde was harshly cautioned for a clip-on McCallum before Coventry lumped a ball forward and Biamou got the better of Ihiekwe and Harding to burst into the Millers box, but he was finally crowded out before he could get his shot away.

Warne’s side were looking for a foothold in the game and they almost got it when Barlaser’s corner was knocked back into the danger area by Michael Smith, but the unmarked MacDonald swiped at fresh air, as he looked to threaten the Coventry goal, before Matt Crooks had a shot blocked at close-quarters, following another Barlaser delivery.

The moves were rare moments of Rotherham inspiration as Coventry, who now seemed intent on playing on the counter, came close to sealing the deal with a third goal.

The ball was threaded into the channel by the hosts and Biamou played a first-time ball into the area and with neither Blackman and Ihiekwe in a position to intervene, Walker looked on course to strike, but on the stretch, he could only screw an effort harmlessly wide of the target.

However, Rotherham failed to heed the warning as Coventry added a third goal with eighteen minutes remaining.

The Millers were again punished for an indiscretion when MacDonald was deservedly yellow-carded for a crude challenge on O’Hare and Hamer caressed a free-kick to the far post and Ostigard ghosted in almost unnoticed to nod the ball towards goal, and Smith, in a vain last-ditch attempt to keep the ball out, could only help it on its way.

Despite the disappointing nature of the scoreline, the Millers refused to throw in the towel and they were given the opportunity to notch a consolation goal – with five minutes to go - when Blackman’s long-punt forward was flicked on by Ihiekwe, and sub Kyle Vassell sensed an opportunity to nip in front of Wilson, who unceremoniously brought him down, as he hooked a shot over, and the referee following consultation with one of his assistants, pointed to the spot.

Barlaser maintained his faultless record from 12 yards, by notching his third penalty of the season, by firing hard into the middle of the Coventry goal giving Wilson no chance. 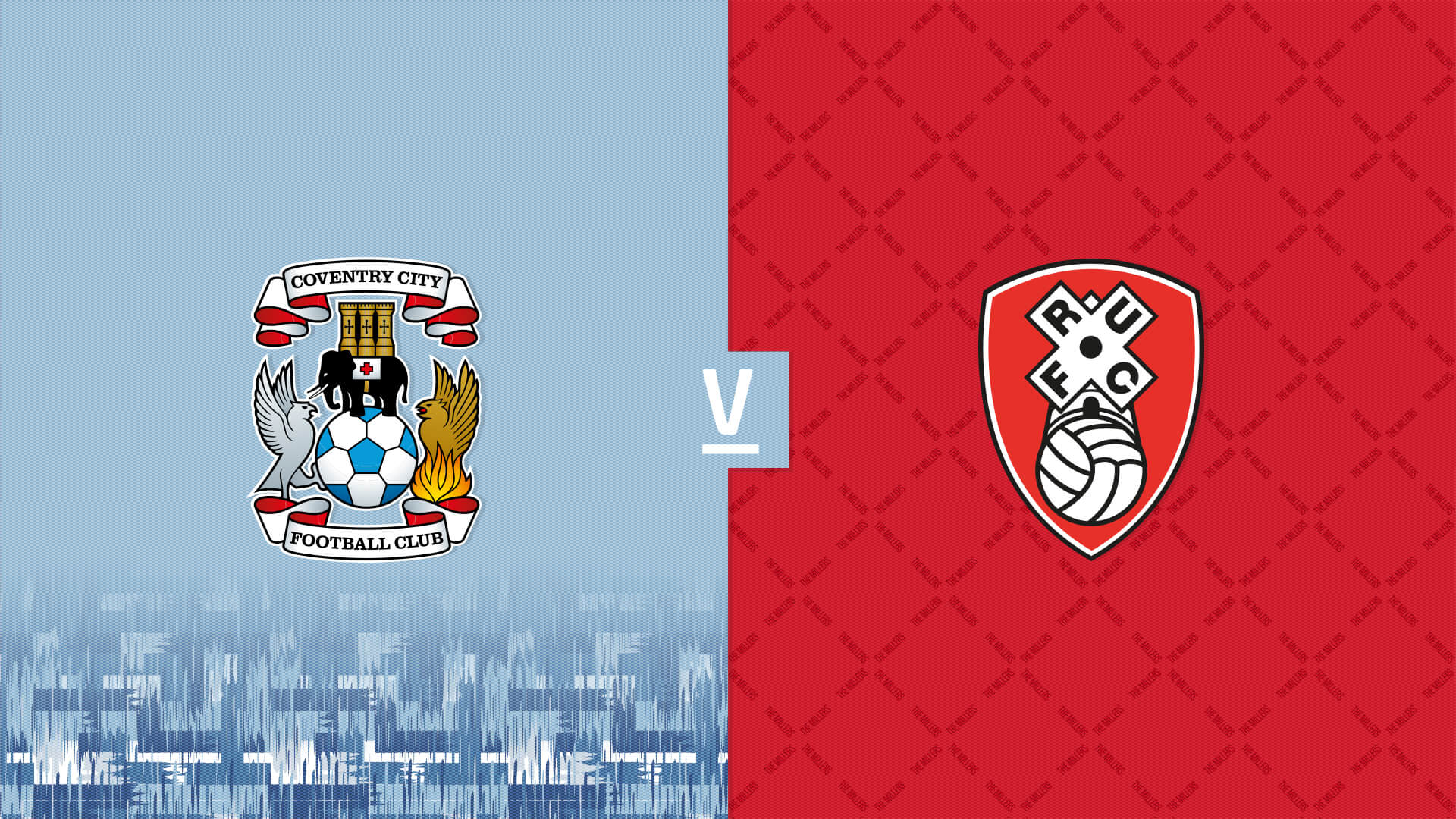 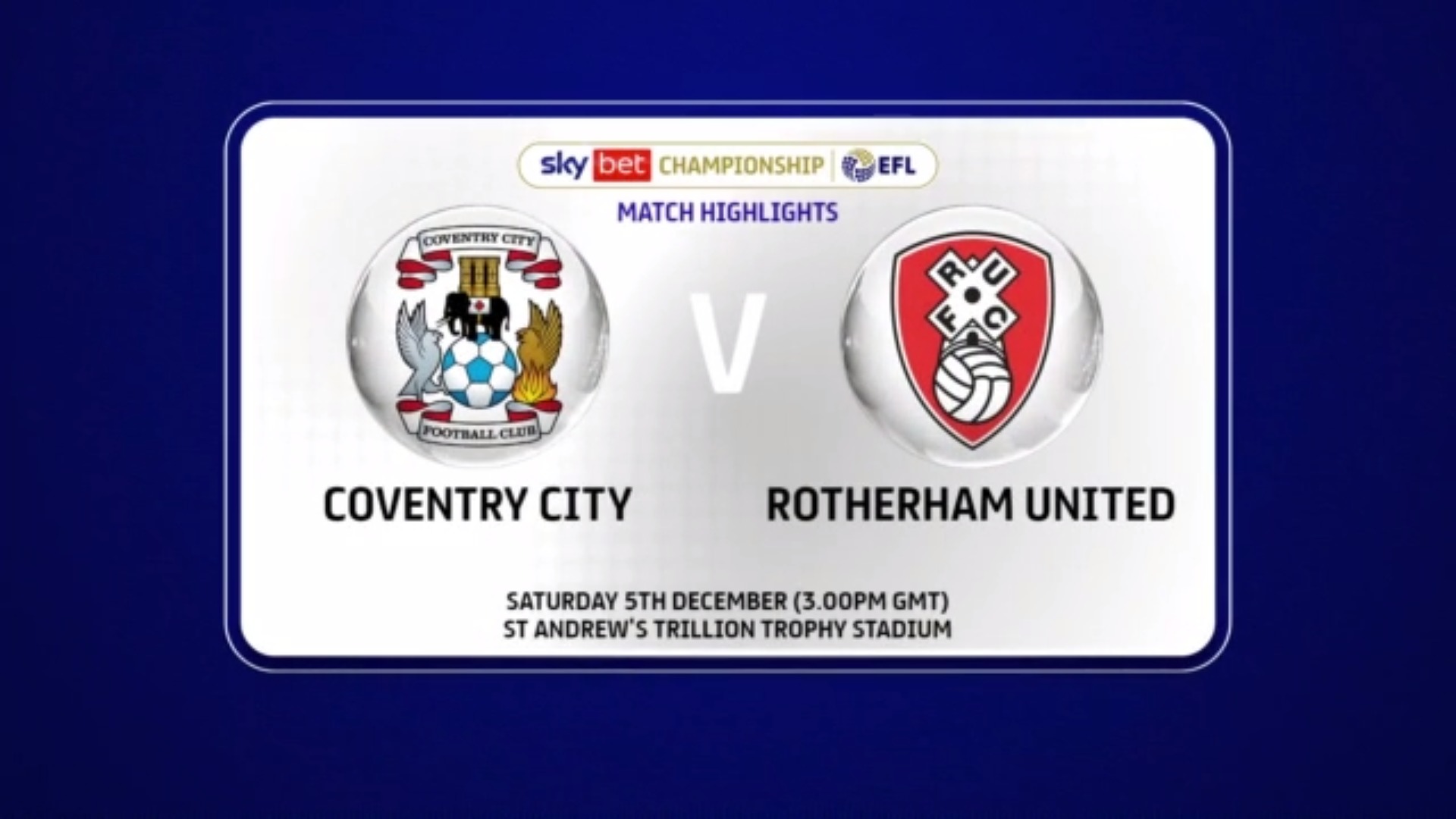 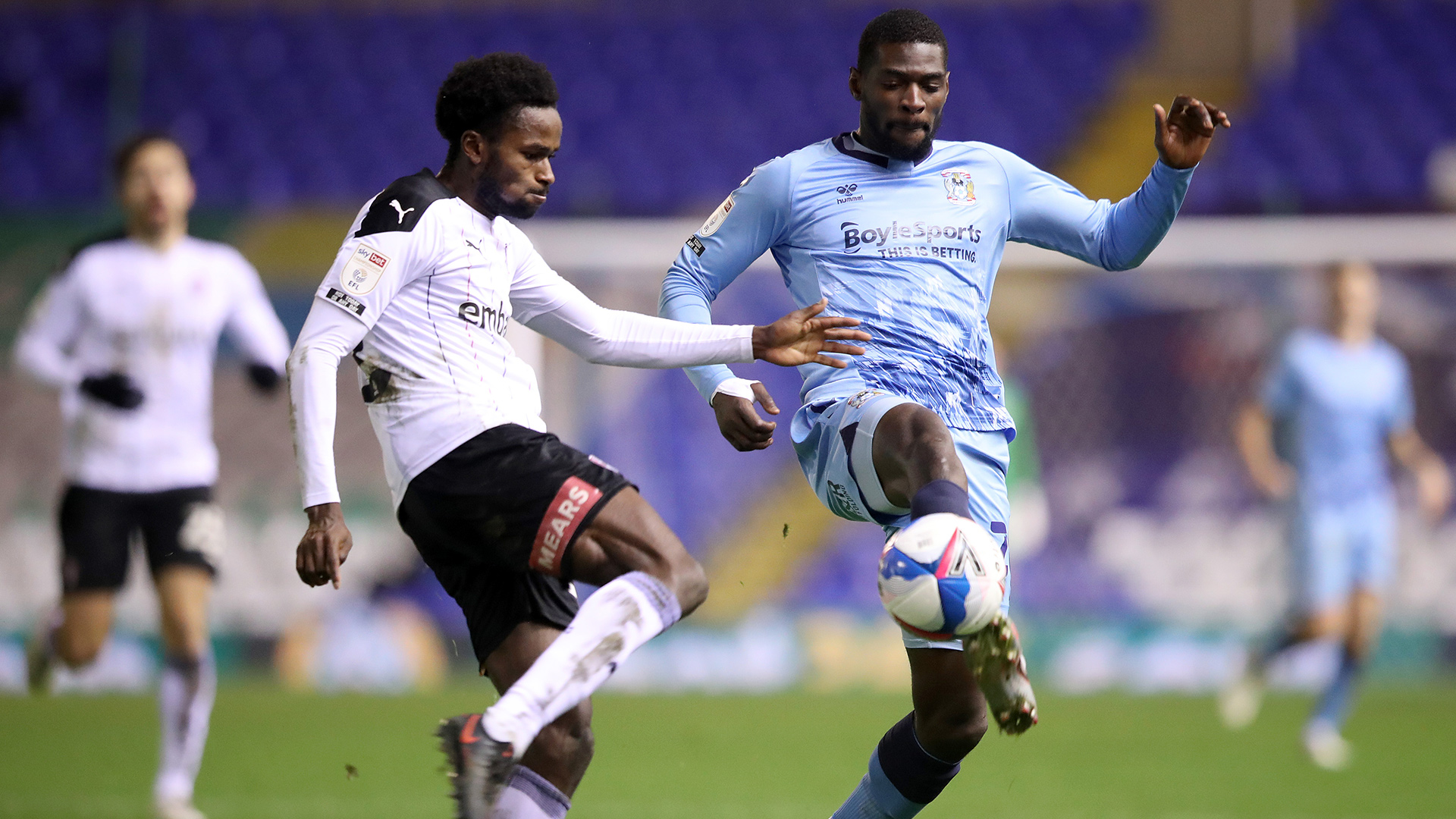