Freddie Ladapo’s eighth and ninth goals of the season was the catalyst for Rotherham United’s crucial comeback victory over Queens Park Rangers, to breathe some much-needed life into their Sky Bet Championship survival charge.

For the first home game of four, in just eight days, Warne reshuffled his pack. Clark Robertson was drafted into the home backline following injury while Shaun MacDonald and Dan Barlaser were named in midfield. Matt Crooks took the skipper’s armband for the evening, while Ladapo was asked to lead the Rotherham line.

The Londoners had the first sight of goal when George Thomas was felled by Shaun MacDonald and Stefan Johansen clipped a free-kick forward, which caught the Rotherham rearguard square, but Thomas blazed his volley harmlessly over the bar.

Moments later, Yoann Barbet had a shot blocked on the edge of the box, after Lyndon Dykes’ long throw was only half-cleared into his path before Niko Hamalainen’s cross was way off the mark.

The visitors were making the early running and Thomas blasted into the stand behind the goal after Charlie Kelman was denied on the edge of the box before Angus MacDonald had Rotherham’s first effort of note when he headed over from Wes Harding’s centre.

The Millers were gradually finding their feet and a fine flowing move ended when Crooks’ inside pass gave Barlaser, the chance to strike from just outside the box, but his low effort was straight down the throat of Seny Dieng.

Just before the half-hour mark, Rotherham came within a whisker of the opener when Ryan Giles injected pace into a home move and Crooks got the better of Rob Dickie to burst into the QPR box, but he dragged his low shot, just wide.

Minutes later, Johansson was called into action when Kelman fired a stinging drive from distance but the Swedish stopper was his equal with a parried save before Dieng was left grounded following an aerial duel with Crooks, at the other end, but the Millers captain could not control his header, as it flew over.

Shaun MacDonald became the first to see yellow for a foul before his namesake, Angus, soon joined him in the book, for cynically preventing Dieng from throwing the ball out.

With half time approaching, Osman Kakay innocuously cut inside before curling a left-footed effort which was arching towards goal until Johansson’s smart intervention with a one-handed save.

The Millers started the second half in a positive vein and Ladapo’s knockdown from Harding’s free-kick paved the way for Robertson to try his luck with his favoured left-foot, but he spooned his shot over.

Robertson was in the thick of the action, and minutes later, he ghosted in unnoticed to meet Barlaser’s deep corner, but he could not direct his point-blank header goalwards.

However, QPR gave the Millers a mountain to climb, by taking the lead, seven minutes after the break.

There looked little danger for the hosts until Kakay skipped down the touchline before planting a cross which evaded Robertson, and Dykes nipped in front of Wood, who was off-balance, and the Scottish international striker made no mistake, by getting the ball under his spell, before firing high into the roof of the Rotherham net giving Johansson no chance.

The Millers were visibly rocked by the strike until Robertson, once again, fired over from an inviting position before Warne made a triple substitution, just before the hour mark, in an attempt to turn the tide of the encounter.

The move paid immediate dividends when Rotherham turned the game on its head, just minutes later.

Wing, one of those introduced, showed quick feet to find Ladapo, who calmly chested the ball down on the edge of the box, before firing instinctively with his left-foot, and the ball fizzed into the bottom corner of the goal.

The Millers looked a transformed outfit and Smith’s pull-back presented Wing, with a glimpse of goal, but his rising effort narrowly cleared the crossbar.

However, Rotherham were sniffing blood, and they took the lead in their next attack, thanks to that man, Ladapo.

Harding strode purposely from the back and he weighed up his options before playing a forward ball with the outside of his boot, and with the QPR defence static, Ladapo beat the offside trap to bare down on the goal, and the Millers frontman kept his nerve, by giving Dieng the eyes, and sliding the ball, effortlessly, past him, in the opposite corner.

The Millers were going for the jugular, and Ladapo had a half-chance for a hat-trick but Dieng plucked his looping effort out of the sky, before Smith was cautioned for bringing down the QPR ‘keeper in the aftermath.

Wood became the fourth home player to be yellow-carded for another lunge on Dieng, before the red-hot Ladapo blasted over, just seconds before he was withdrawn from the fray.

In the last ten minutes, Barlaser had a shot deflected behind before Rotherham put the icing on the cake, late on, with a third goal, when Rotherham won possession to turn defence into attack, and Lindsay’s timely ball over the top presented Smith – with the chance to show his opposite number, a clean pair of heels, to stride away, before clipping the ball over the advancing Dieng. 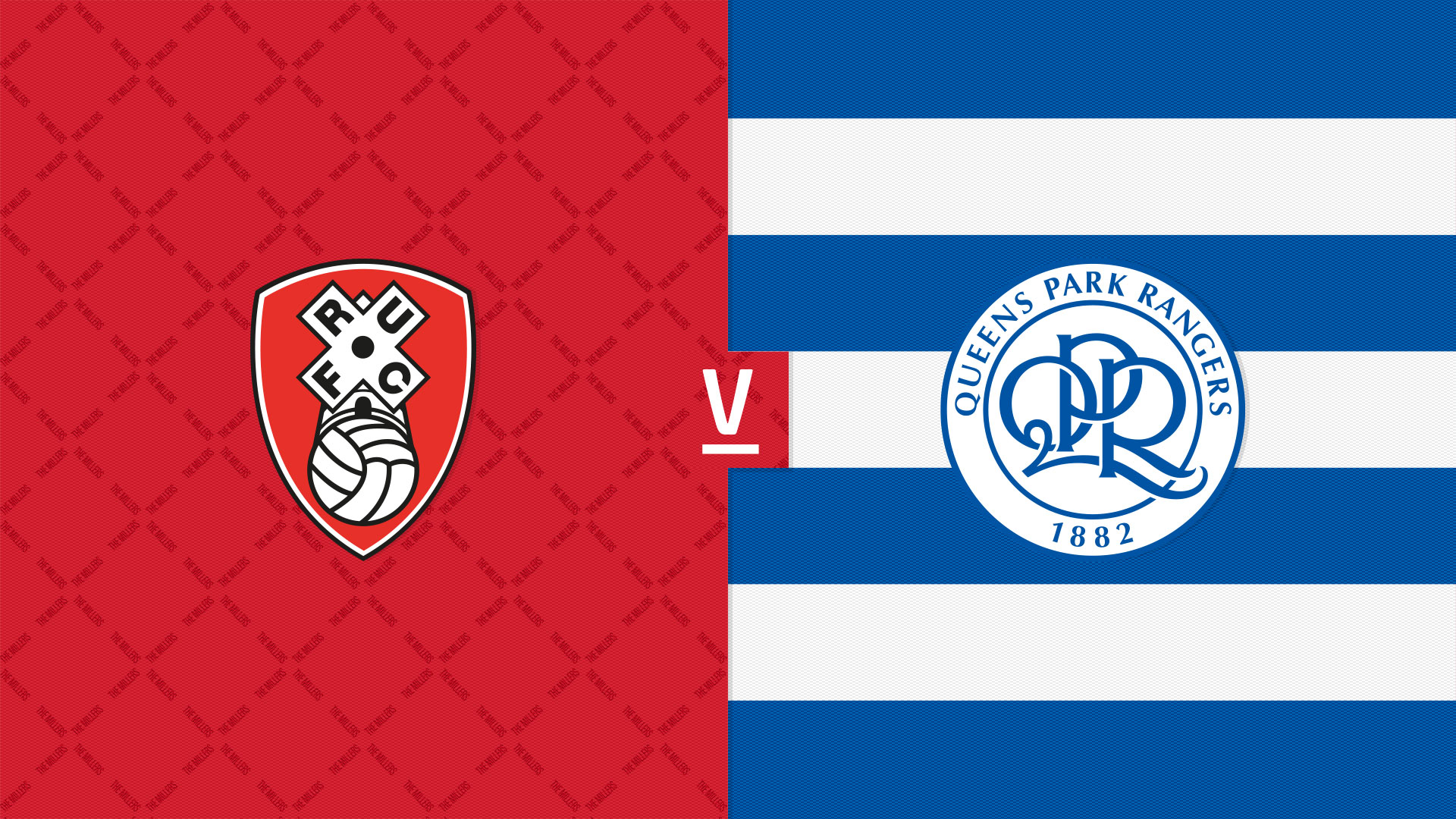 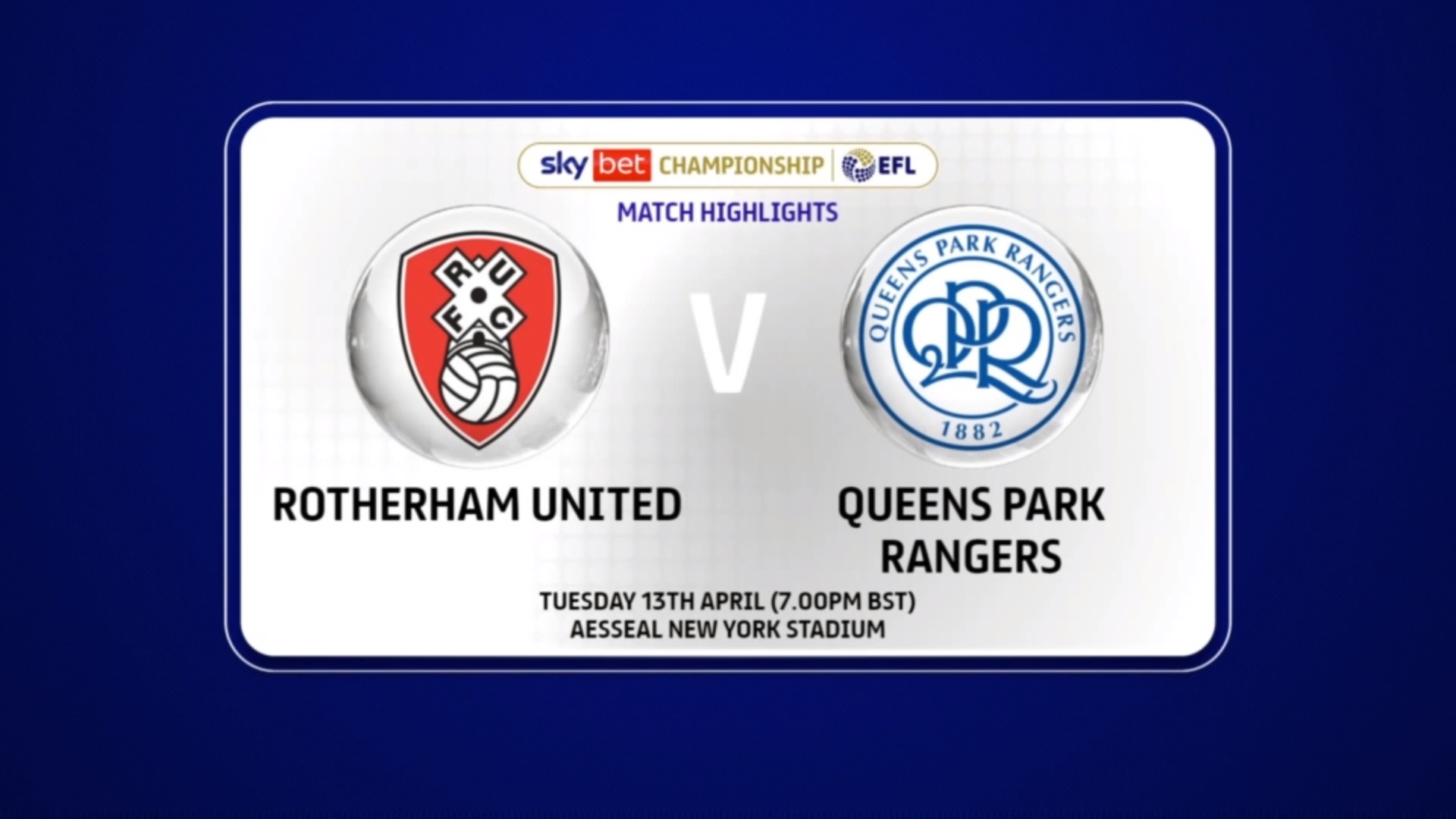 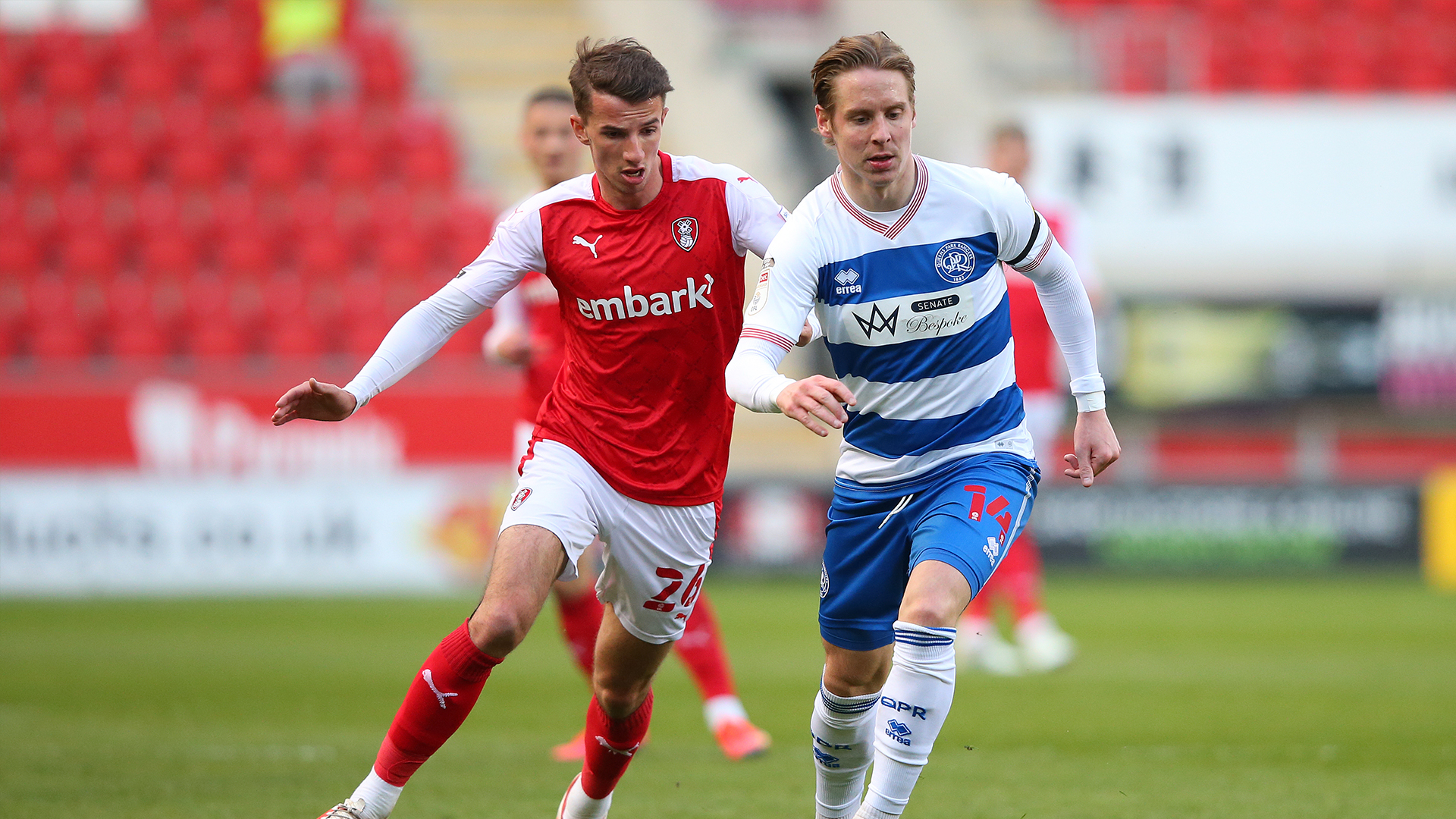