Rotherham United suffered a severe blow to their Sky Bet Championship survival hopes, as they slipped to a narrow defeat at the hands of Coventry City.

Leo Ostigard notched the all-important breakthrough at the AESSEAL New York Stadium with twenty minutes to go - to leave the Millers four points adrift of safety – with seven games to go.

The win was just desserts for the Sky Blues as Viktor Johansson kept them at bay with a string of first-half saves, but the Swedish stopper was finally beaten when Ostigard nodded home.

Just 48 hours after their vital 3-1 victory over Queens Park Rangers, the Millers faced their second home game of four with the visit of the fellow strugglers.

Boss Paul Warne freshened up his starting options, in all areas of the pitch. Michael Ihiekwe returned following a hamstring injury while club skipper Richard Wood was thrust back into the spotlight, against one of his former clubs.

Following impressive substitute cameos, last time out, Lewis Wing, Jamie Lindsay and Michael Smith were starters while two-goal hero Freddie Ladapo had to settle for a substitutes berth, after he was withdrawn with a groin injury, in midweek.

The Millers were almost caught cold in the early seconds and they were indebted to Johansson for preserving parity.

Sam McCallum launched a long throw into the box and with Wood and Angus MacDonald only heading half-clear, Liam Kelly executed a superb volley, which was arching towards goal, but the Swedish stopper defied gravity, by pulling off a full-length save, to tip the ball onto the bar, before Tyler Walker nodded goalwards, on the follow-up, but Johansson was quick on his toes, and he snuffed out the danger.

Warne’s side were guilty of giving a few cheap free-kicks away and they were almost punished when McCallum curled a cross into the danger area and Kyle McFadzean prodded towards goal, but the ball flew harmlessly wide of the target.

The Millers’ goal was living a charmed life and following another needless free-kick concession, Kelly’s mishit shot fell kindly for Callum O’Hare, who went through on goal, but Johansson won the battle of wills to preventing him dinking the ball home, before Matty Godden blasted over wastefully on the rebound.

The visitors were dominating the early proceedings and it looked a matter of when not if, they would score, but it was Rotherham, who threatened next, when Ben Wiles ghosted around the back of the Coventry defence, before drilling a cross-cum-shot which Dom Hyam was forced to turn over.

From the resultant corner, Warne’s side became the latest to smash the frame of the goal when Wing’s corner was diverted back into his path, and the Middlesbrough loanee fired a whipped, dipping effort which flashed past the masse of bodies in the box and Ben Wilson in the Coventry goal, but it unfortunately, cannoned onto the inside of the post, before falling to safety.

Coventry were still looking dangerous in the attacking areas and Godden fired over from the edge of the box before Rotherham failed to deal with another McCallum throw and Walker powered a header goalwards, but Johansson was proving a thorn in the Sky Blues’ side, when he produced another superb, reflex save, at close quarters.

The Millers had a rare spell of pressure when Wiles fired a low effort which was blocked en-route to goal before Ihiekwe headed over from Wing’s free-kick.

There was a moment of controversy, just shy of half-time, when Lindsay and Hyam launched into a full-bloodied challenge, which left the home midfielder grounded following the follow through of Hyam, but no further action was taken against the Coventry player.

The Millers started the second half, in a more positive vein, but Wing became the first to see yellow for a pull-back on Matty James before Wiles soon joined him in the book for a naïve challenge on a rampaging Ostigard.

The home side then had a stroke of luck when Walker got the better of an aerial duel with Johansson, but he failed to make the most of the half-chance, when he blasted over from a tight angle.

Warne made a double change on the hour mark with Ladapo and Ryan Giles introduced but it failed to have the desired effect, as Coventry made the decisive breakthrough with twenty minutes to go.

There looked little danger for the hosts until McCallum was brought down on the edge of the box by Harding, and Coventry punished them for their indiscretion when O’Hare dinked the resultant free-kick into the box and Ostigard rose highest to plant a downward header, which seemed to brush off Harding, and the bounce deceived Johansson, to find the heart of the home goal.

The Millers – with the fatigue in their legs – were visibly deflated by the goal and Julien Dacosta came close to a second when he dragged a low effort, just wide of the target.
Both sides traded cards when sub Max Biamou was cautioned before Wood overstepped the mark following a clumsy challenge on Hyam.

Warne’s side, who are never short of endeavour, gave their all to the final whistle, but Mark Robins’ side showed good game management to run down the clock, and boost their own survival bid in the process. 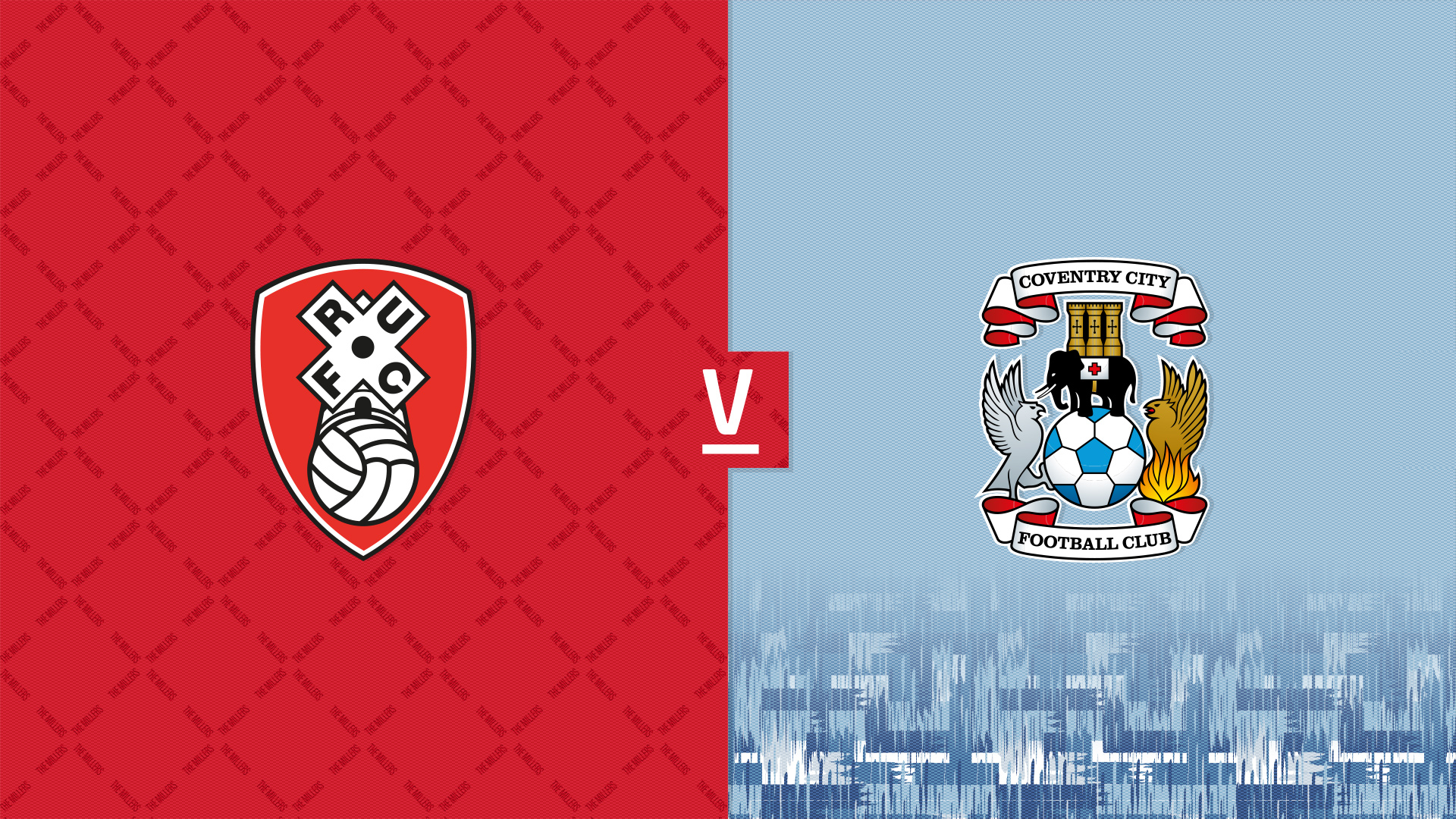 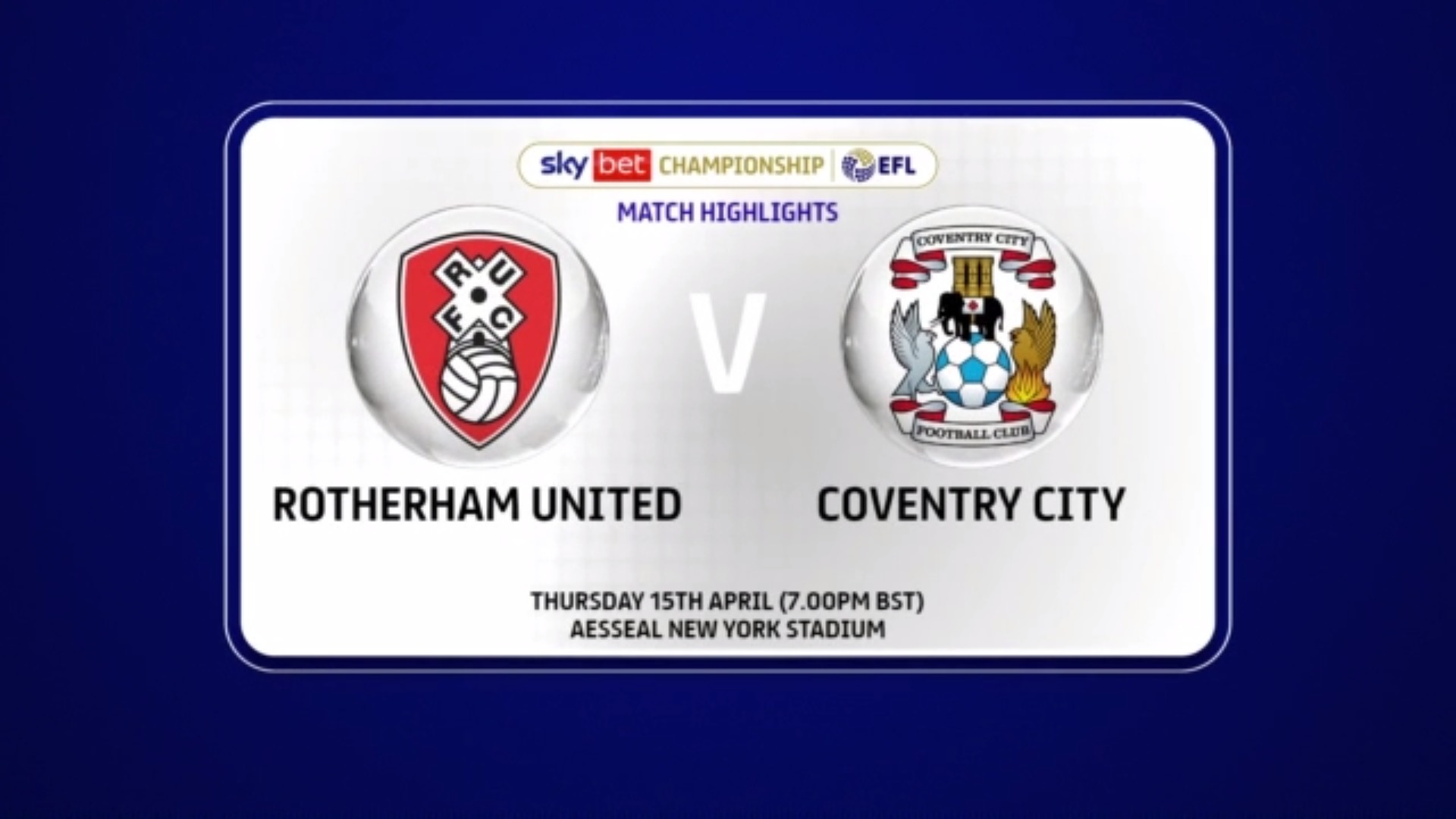 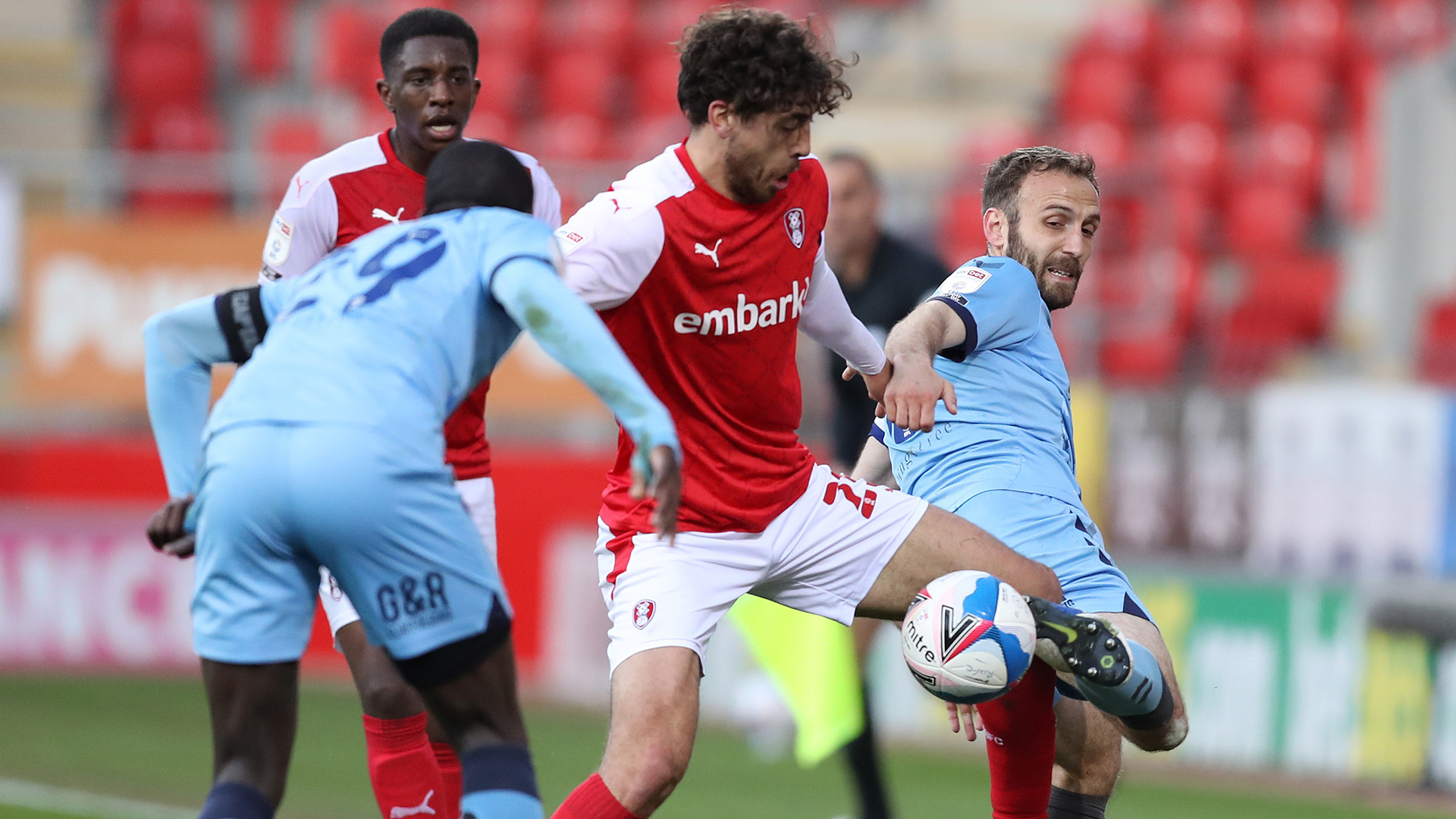