For their fourth game in just eight days, Paul Warne’s side produced a much-improved display from their Thursday outing with Coventry, but despite their best efforts, they were undone by Harlee Dean’s late header for the Blues.

The Millers made three changes to their starting line-up. Clark Robertson added another ring of defensive steel, by taking the left-wing back role with Wes Harding lining up against his former club, on the opposite flank. Shaun MacDonald gave the Millers the benefit of his experience in the middle of the park, while Freddie Ladapo, who notched a brace against QPR recently, was playing as part of a front two, alongside Michael Smith, who was making his 150th appearance for the club.

Birmingham were quick out of the blocks and they had an opening within the first twenty seconds when Lukas Jutkiewicz, often a tormentor of Rotherham in the past, headed over from Maxime Colin’s centre.

The Millers had their first shot in anger when Lewis Wing worked the opening and Ladapo let the ball run across his path before striking a left-footed effort which had Neil Etheridge scrambling goal, as it fizzed narrowly wide.

It was clear from the early exchanges that Birmingham were intent on getting the ball from back to front, as quickly as possible, and Rotherham were guilty of giving away several needless free-kicks, which gave them the opportunity to do so, while Marc Roberts was launching long-throws into the box from deep.

The Millers’ players had their hearts in their mouths when Steve Seddon was left grounded in the box following Harding’s challenge, but no further action was taken before Rotherham had an aerial threat of their own when Etheridge spilled Wing’s cross, but the visiting ‘keeper was spared his blushes when a retreating defender hacked clear.

Minutes later, Birmingham came close when Leko failed to make a telling touch with the goal at his mercy following Seddon’s cross before Rotherham came within a whisker of the opener themselves when Wing took a short corner to Shaun MacDonald, before firing a low cross, which was deftly flicked towards goal by Angus MacDonald, but the ball rolled tantalising wide of the target.

The Millers were having their best spell of the game and after Ladapo and Crooks did well on halfway, Robertson was able to rampage down the left flank before planting a cross into the box, and Smith looked to cushion the ball towards goal, but his rising left-footed effort flew just over.

Both sides traded chances when Gary Gardner fired a free-kick over from the edge of the box after Harding was penalised before Ladapo and Shaun MacDonald had shots blocked in the City box, following a touch of class from Wing, in the build up to the first opportunity.

In the last noteworthy action of the half, Michael Ihiekwe blasted over wastefully after Smith and Robertson had kept the ball alive, initially.

Early in the second half, the Millers took the game to Birmingham, and Etheridge failed to deal with a Wing corner, but both Smith and Ladapo were agonisingly unable to poke the ball into the unguarded net before the ball was scrambled clear.

In the aftermath of the move, Wood, found himself, uncharacteristically, in acres of space in the box and the Rotherham captain kept his nerve to pick out Wing, who caressed his shot towards goal, but Kristian Pedersen bravely threw his body in the way of his goalbound effort.

Warne’s side had another opportunity when Smith nodded over from Robertson’s assist before Birmingham gradually took the sting out of Rotherham’s early second half charge.

Ihiekwe became the first to see yellow for a deliberate handball before Seddon had a shot deflected behind.

Following a clash with Leko, Angus MacDonald needed treatment on two occasions, but he soldiered on before Wood was the next in the book for a rugby tackle on the Blues forward.

Minutes later, Rotherham failed to make the most of Dean losing his footing in the box before Ladapo flashed a cross-cum-shot across the Birmingham goalmouth.

Smith became the next to threaten the visiting goal when he got on the end of another Robertson delivery into the box, but he could not control his header, and the chance was lost.

With the game on a knife-edge, Crooks put his body on the line to deny Leko before Seddon blasted into the stand behind the goal.

Minutes later, Rotherham were indebted to Johansson for preserving parity when he showed good reflexes to divert Jutkiewicz’s powerful header to safety.

Warne made a triple substitution, near the end, as he attempted to turn the game in his side’s favour, and Wing, a class act all afternoon, tried his luck with a long-range effort, but despite Etheridge looking nervously over his shoulder, the ball whistled narrowly wide.

Despite the game heading for a stalemate, Rotherham’s hopes of closing the gap to nearest challengers Derby, were dashed as Birmingham grabbed a last winner.

Roberts put in a tantalising delivery and Roberts flicked on into the path of Dean, who was in an aerial duel with Ihiekwe, and the Birmingham centre-half headed goalwards, and the ball brushed off the Rotherham defender, and Johansson was powerless, as the ball found the corner of the net. 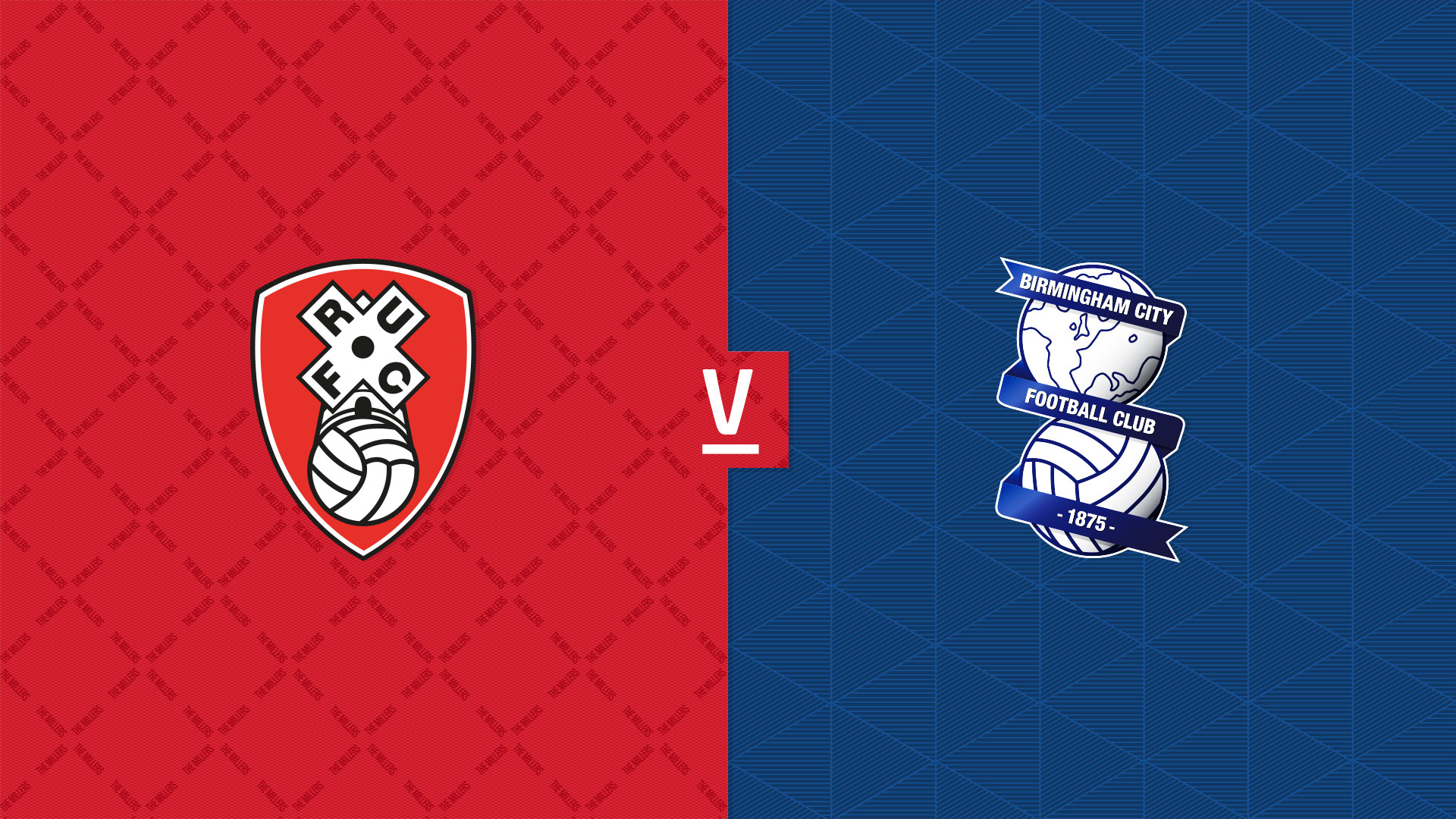 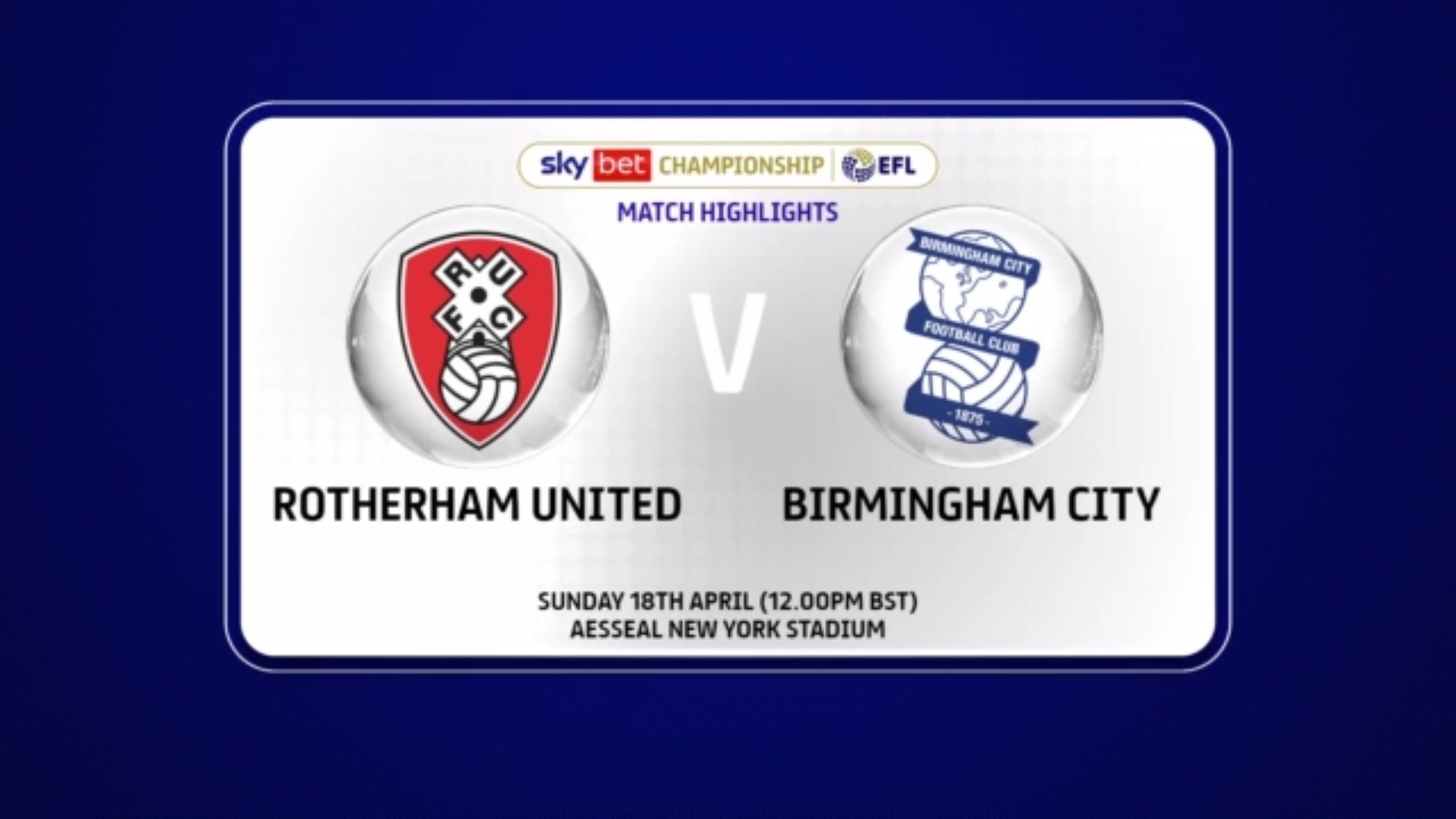 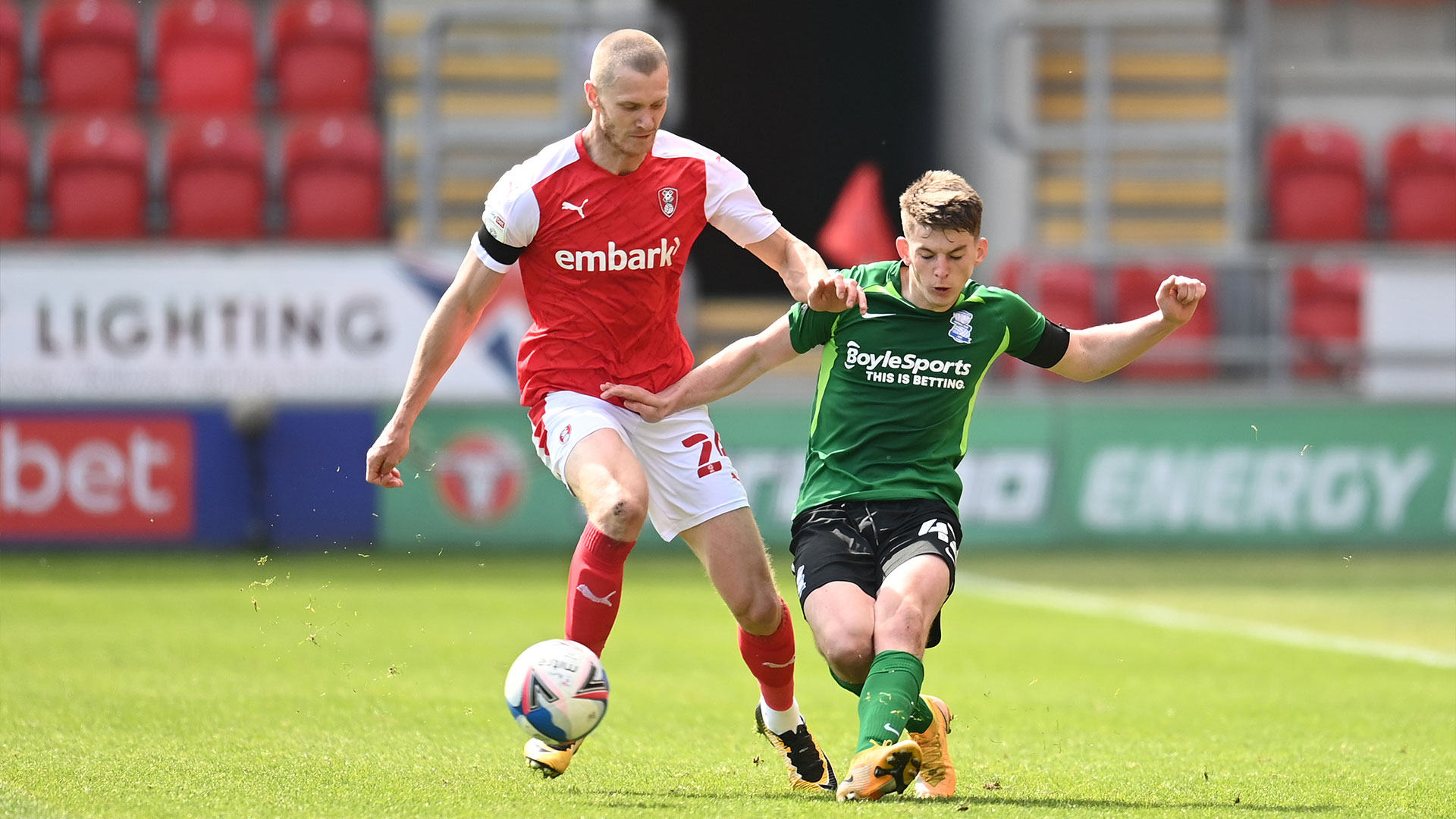