The status quo was maintained at the foot of the Sky Bet Championship table, but Rotherham United will look back on a missed opportunity to close the gap on nearest challengers, Derby County, following a solitary goal defeat at the hands of play-off chasers Barnsley.

The South Yorkshire derby was settled by an early opener as two-time Millers loanee Carlton Morris came back to haunt his former club with the decisive winner after just two minutes but the visitors were adamant the goal should not have stood.

The Millers provided an excellent response but a lack of killer instinct in front of goal, an absence of lady luck and good work from Brad Collins, in the home goal, saw them make the short hop back down the M1, empty-handed.

Boss Paul Warne added some much-needed experience and know-how to the spine of his side.

Club skipper Richard Wood returned to the heart of the Rotherham rearguard while Shaun MacDonald lined up in central midfield. Middlesbrough loanee Lewis Wing was recalled, after being ineligible to face his parent club in midweek, while Jamie Lindsay was asked to provide some bite alongside him.

Warne also freshened up his attacking options as Ryan Giles and Chiedozie Ogbene, in his first start for six months, were expected to provide the ammunition from the flanks – with Freddie Ladapo and Michael Smith continuing to lead the Rotherham line, in an attacking line-up.

The Millers made a slow start and Callum Brittain launched a long throw into the box which was not dealt with decisively and Cauley Woodrow struck his shot into the ground, and the ball bounced up viciously before Viktor Johansson was forced to make an acrobatic save, by tipping the ball over the bar.

However, Rotherham failed to heed the early warning, and Barnsley opened the scoring, from the resultant corner, in controversial circumstances.

Callum Styles played a short one to Alex Mowatt, who returned the favour, and Styles hooked an inviting cross into the box and Michal Helik flicked the ball towards goal, and Morris was involved in an aerial duel with Johansson, and the former Millers loanee nodded into the unguarded net.

On closer inspection through TV replays, Morris appeared to lead with his arm, to get the better of Johansson, who was caught in the face, but despite vehement appeals from Millers players and coaching staff alike, the referee awarded the goal.

To rub salt into Millers’ wounds, Johansson needed lengthy treatment, and he was deemed unfit to continue with Jamal Blackman replacing him between the sticks.

Despite the disappointing early setback, Warne’s men responded positively to the situation and Collins was forced to pluck Michael Ihiekwe’s looping cross, out of the sun-drenched Oakwell sky while Ogbene got the better of Aapo Halme before trying his luck with a dipping effort which stung the palms of the Barnsley stopper.

With Barnsley intent on playing a high line, Lindsay’s clip over the top saw Ladapo into a footrace with Collins, who was starting out in a sweeper role, but the home ‘keeper was somewhat fortunate to divert the ball to safety.

Minutes later, Shaun MacDonald fired a stinging drive from distance which was blocked en-route to goal, before the Millers midfielder became the first to see yellow for hauling down Aapo Halme, as Barnsley looked to counter.

The Millers were applying some pressure to the home goal and Lindsay’s perfectly-weighted pass presented Ladapo with the chance to play a tantalising centre into the path of Smith, who failed to get the ball out of his feet, before firing goalwards but Brittain blocked his shot at close quarters.

Moments later, Smith won the ball against the ball against all the odds, in an aerial contest, and Wood had a sniff of goal, but he was unable to get a clean shot away and Collins snuffed out the danger.

The Millers were upping the tempo, just prior to the break, when Ihiekwe headed straight into his grateful hands of Collins before Wing planted a deep corner which saw Angus MacDonald rise highest at the far post, before Barnsley did well to scramble the ball to safety, from underneath their own crossbar.

Warne’s side were good value for a first-half goal but it was not to be, as Lindsay headed forward and Ladapo got on the wrong side of Mads Andersen, to bare down on goal but Collins raced from his line, to narrow down his options, and the chance was lost.

In first-half stoppage time, Brittain fizzed a long-range effort which whistled narrowly over the bar before Wood was cautioned for illegally towering over Daryl Dike.

The Millers almost made a dream start to the second half, when Ogbene, a threat all afternoon, evaded the attentions of Michael Sollbauer, who looked to haul him down in the box, but the Rotherham flyer, honestly kept on his feet, and Collins won the battle of wills in the one-on-one situation.

There looked little danger for the hosts until Smith made something out of nothing to dig out a cross but Ladapo, who was in acres of space, fluffed his lines when he failed to make a clean connection – with the goal at his mercy, and with just Collins to beat.

Angus MacDonald became the latest to see yellow for a foul on Dike, before Wood escaped a second caution for another awkward tussle with the American international, as the home forward was penalised.

The Tykes appeared to have taken the sting out of Rotherham’s attacking momentum, until Wing tried his luck with an ambitious free-kick before Toby Sibbick deservedly saw yellow for halting Ogbene in full flow.

Wing almost caught out Collins at his near post, with a front-post corner but Halme spared his blushes with a timely clearance before Smith’s knockdown caused havoc in the Barnsley box, but again, Rotherham were unable to profit.

Barnsley, who were second best for much of the afternoon, came close to sealing the deal when a backtracking Wood was treading water and Dike was on his shoulder, but to his credit, Wood, in his last action, did enough to prevent the highly-rated forward from slotting home.

With time running out for the Millers, Warne made a triple substitution and it almost paid dividends when one of the replacements, Wes Harding put a cross on a sixpence, and Smith, who had ghosted away from his marker, planted a point-blank header, narrowly wide of the target.

The Millers knew it wasn’t going to be their day, late on, when Giles put in a floated centre and Andersen in avertedly headed the ball back towards his own goal, and Ogbene, looked well-set to equalise, but he scuffed a shot straight at Collins, from just yards out, before being denied on the follow-up. 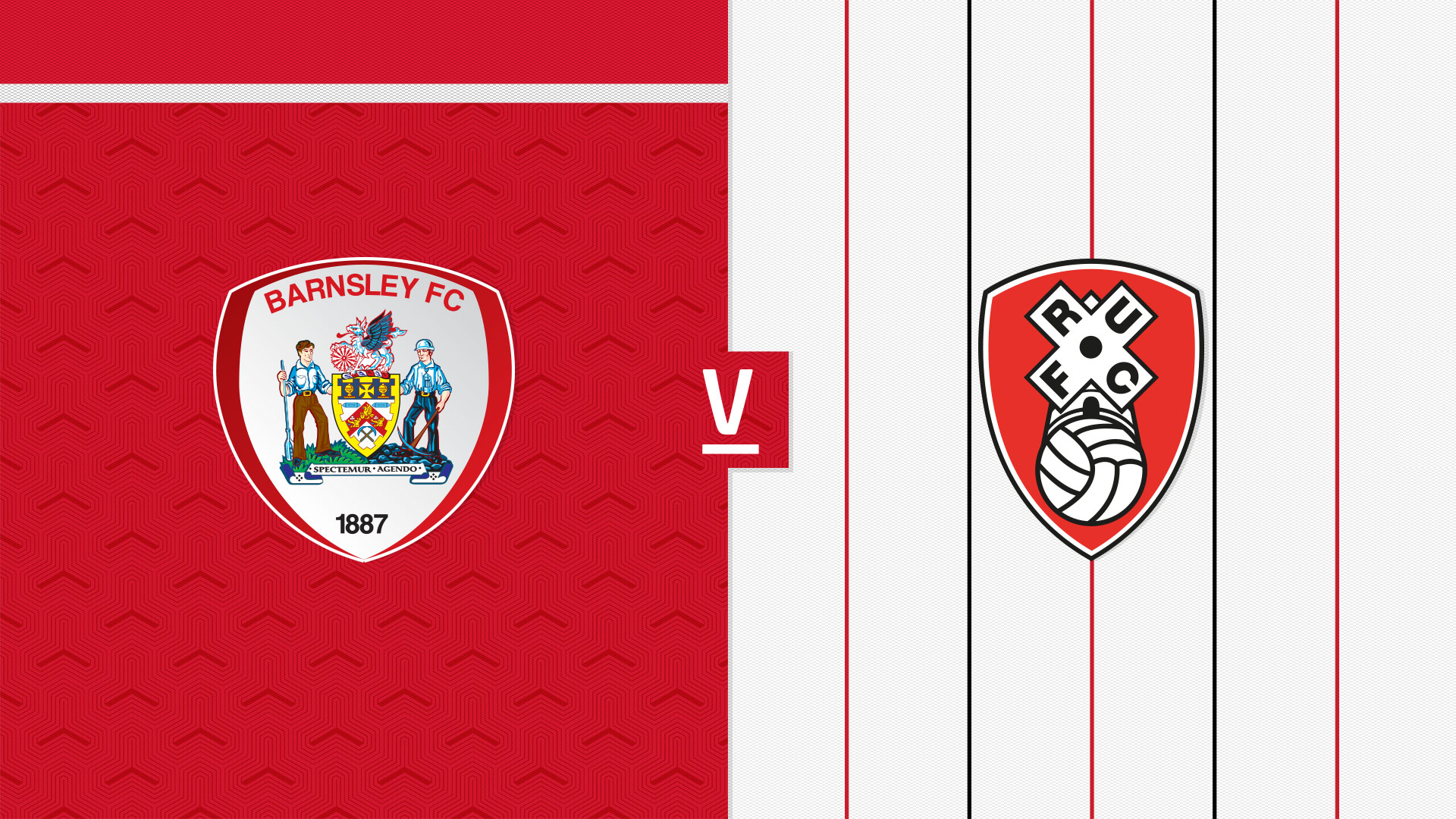 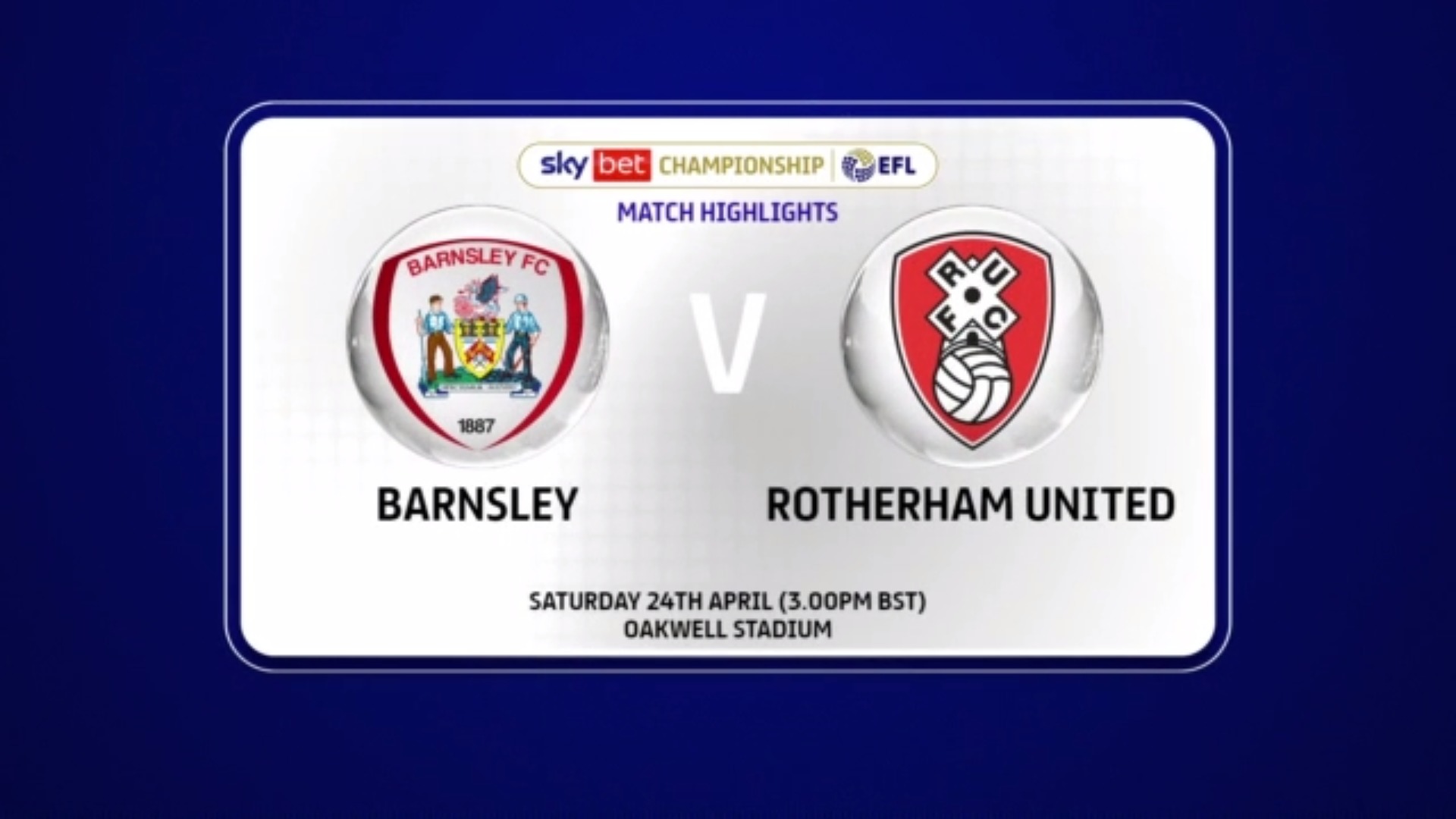 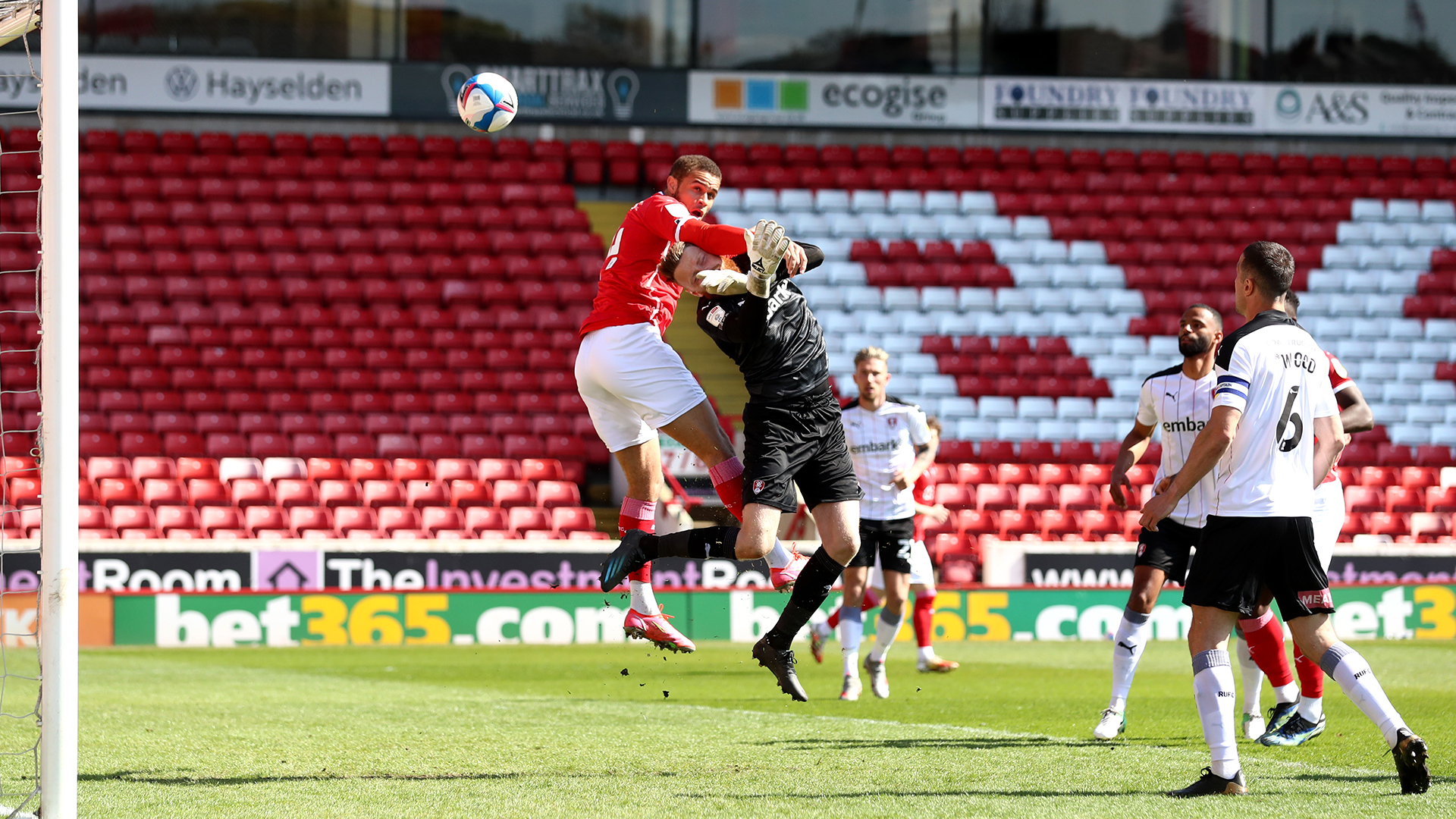